In the Winner's Circle with Na Yeon Choi

Brooks Thankful For Path, Eager to Compete and Chase Dreams

Qualified for LPGA Tour: Earned LPGA Tour card by tying for 20th at the 2007 LPGA Final

Earns 500 points with her win at the Walmart NW Arkansas Championship Presented by P&G and is projected to move up to 5th in the Race to CME Globe with 1,507 points

Is projected to move from No. 20 in the Rolex Women’s World Golf Rankings to No. 13, up 7 spots 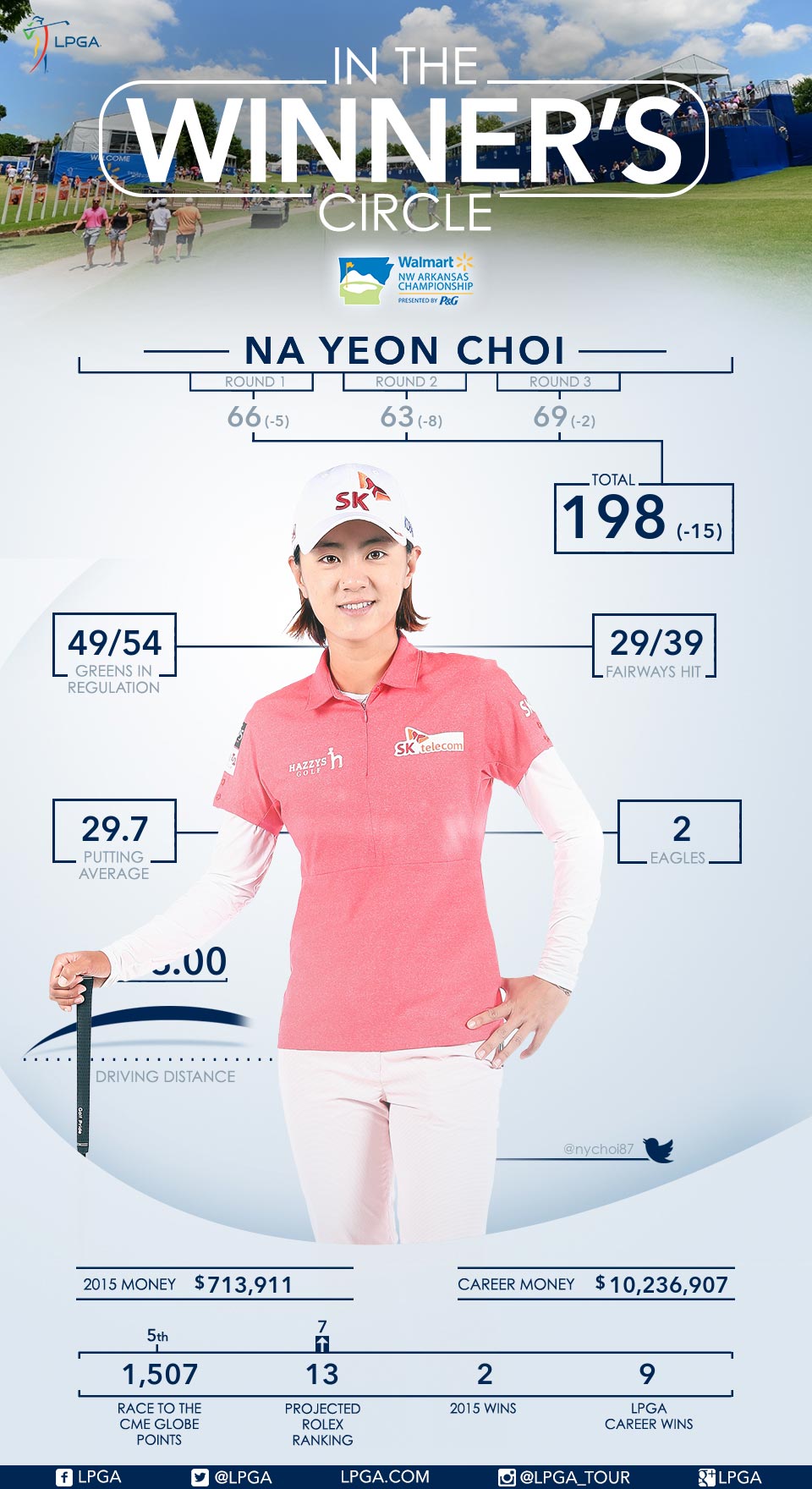