Five Stats to know about Jenny Shin's Round

Azahara Munoz Making the Most of Rare Scottish Opportunity

Five Stats to know about Jenny Shin's Round

Jenny Shin started playing golf at an early age moving from Korea to the United States to help her budding career. It didn't take her long to make her mark, winning the 2006 U.S. Girls' Junior Championship and 2009 AJGA Heather Farr Classic as an ametuer. After turning pro in 2010 she earned her first professional win on the Symetra Tour, finishing fourth on the season-ending money list to earning her LPGA membership.

How good was her round? We'll let these five stats tell the story.

Nearly perfect for the first round.

That's crushing it for someone 5'4"! Joanna Klatten currently leads the LPGA Tour with a driving distance of 272 yards and has six inches in height on her.

3. Shin had better than par on six holes -- with five birdies and an eagle.

Not bad for a day's work.

Jenny only needed 27 putt in her round.

5. This was Shin's 12th round of the year in the 60s -- this ties her second lowest round and is her lowest round in a major by two strokes. 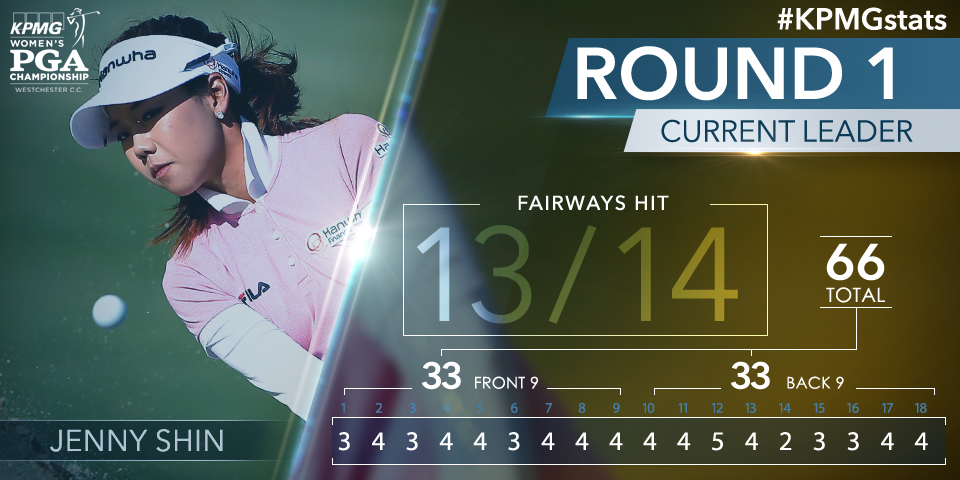