Shin Takes the Lead After Bogey Free Second Round in Japan

Bailey Tardy Moves to No. 2 in Volvik Race for the Card Standings

Jenny Shin fired a bogey-free 65 to take the 36-hole lead at the TOTO JAPAN CLASSIC at Kintestsu Kashikojima Country Club.

“It was good. I didn’t make many mistakes out there,” Shin said. “The last few days I’ve putted great so that helps. I think that I’ve gained my confidence back.”

Shin started with a birdie on the first and didn’t look back tallying seven birdies en route to her 7-under round which has her at 13-under for the week.

The fifth year pro has recorded 16 top-10 finishes in her LPGA career including a pair this season.

“I feel like I’ve gotten pretty close throughout the year,” Shin said. “I know what I need to do to shoot a low score here. I’ll probably have to do my best to keep the mindset that I had the past two days and just stay happy.”

Shin has slept on the 36-hole lead once before at the 2012 HSBC Women’ s Champions where she lost in a playoff to Angela Stanford.

“I don’t have much thought,” Shin said of sleeping on the lead. “There’s still one more day and 18 more holes. I heard there is going to be some bad weather tomorrow so I don’t know what will happen. It will probably be shorter because of the rain and the cold but I’m just going to go in with an open mind and try my best.”

JLPGA and KLPGA pro Ha-Neul Kim is a shot back of Shin at 12-under, while a group of three players - Sun-Ju Ahn, Pornanong Phatlum and Stanford sit two back at -11. 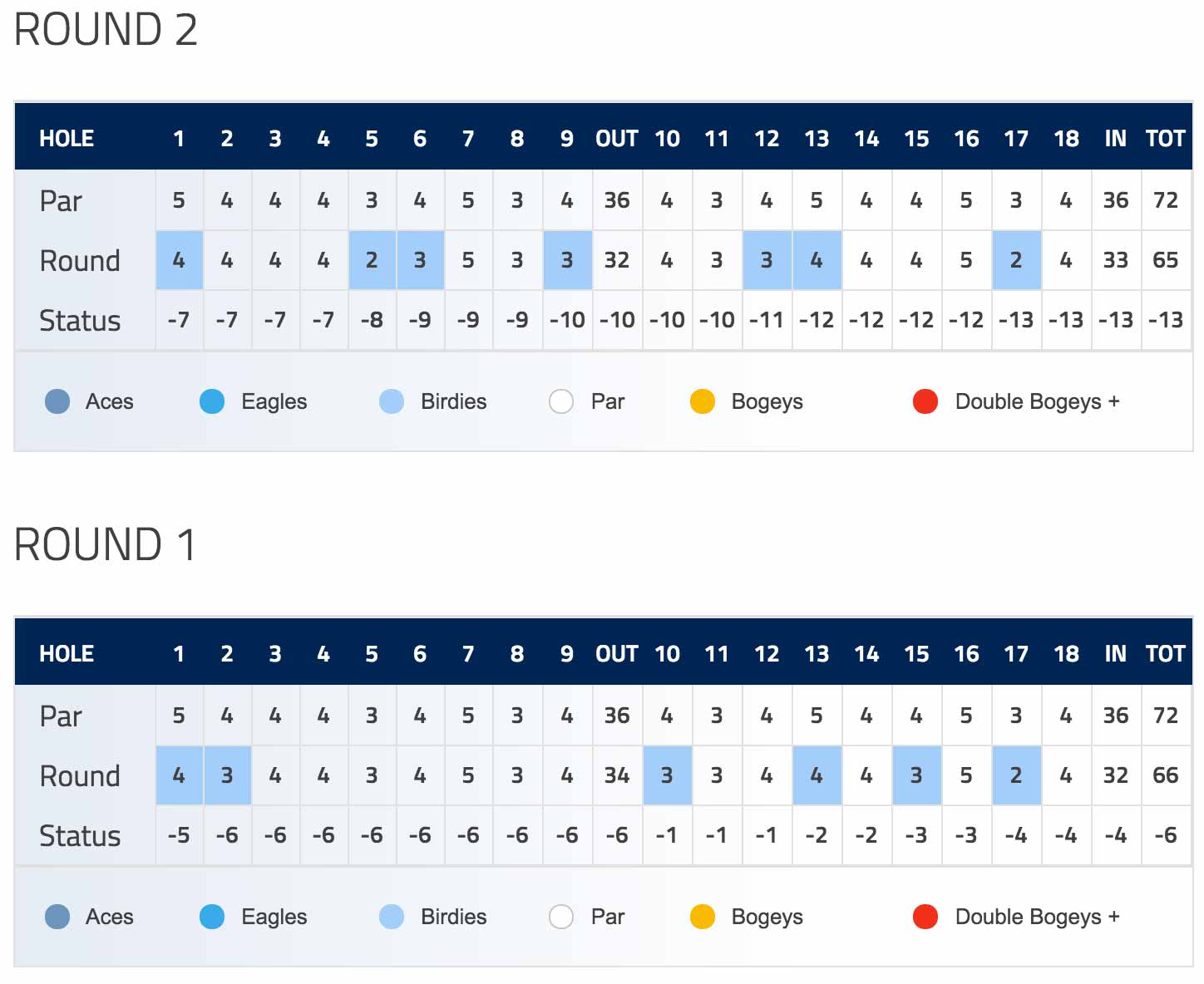 See the Full Second Round Leaderboard