Who to Watch This Weekend at Westchester

Who to Watch This Weekend at Westchester Country Club 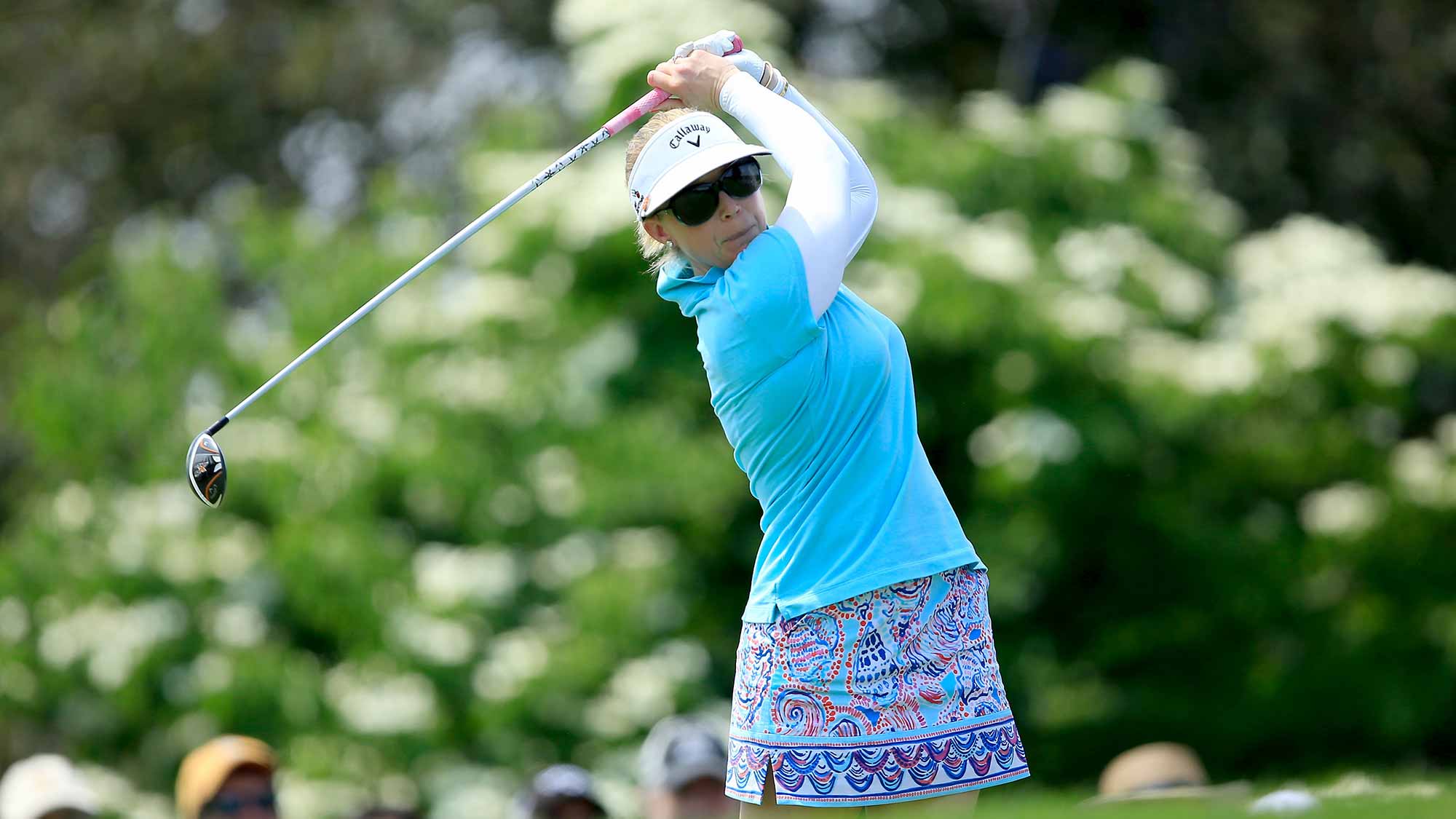 Looking for her first win since 2008, Morgan Pressel has come closer this season than she has in several years. It’s been well documented the swing changes she’s been working on this season and she’s already seeing the hard work pay off with three top-3 finishes this year. She finished just one-stroke outside the playoff at the ANA Inspiration and this week is her time for redemption. She knows what it takes to win a major and now she has the swing she needs to do it again. 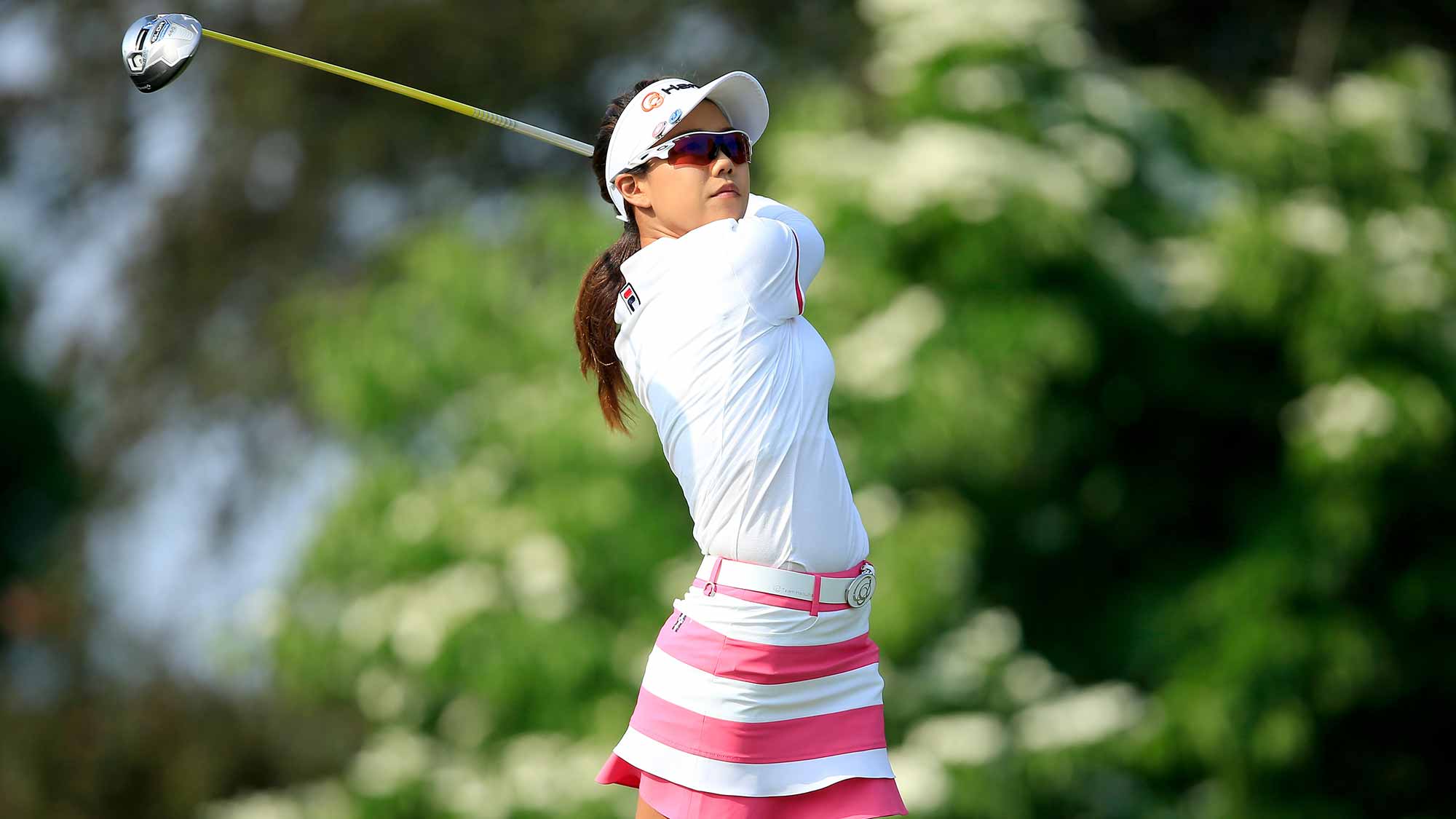 Anytime a player can go out and card an opening round 66 in a major championship it certainly makes them someone to keep an eye on.

Stunning fans and media, Jenny Shin did just that Thursday at Westchester Country Club to jump out to the lead at 7-under par. She spoke about how nervous she was heading into this week’s championship and they seem to have caught up with her in the second round, shooting a 2-over 75, but she is still very much in the hunt. With three top-11 finishes this season she’s very likely to get her nerves in check again this weekend.

“I guess they didn't like my 7-under par yesterday,” Shin said after her round Friday. “The pins are so much tougher today. I tried my best to shoot under par but I didn't get to do that. So a little disappointed but I'm glad I'm still in the top 5.” 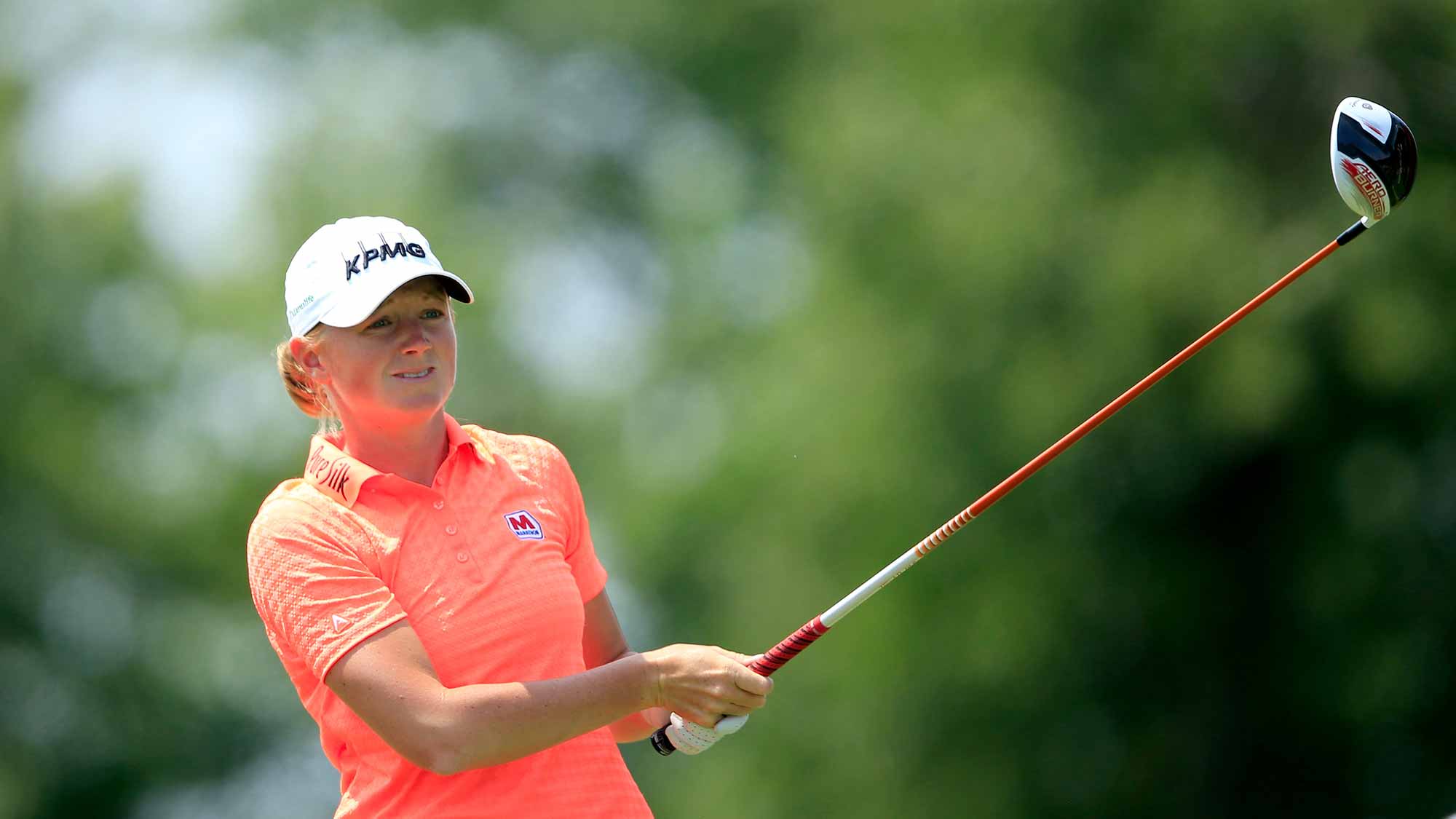 Two-time major champion Stacy Lewis has struggled to get it done on the weekends this season with eight top-11 finishes. She’s positioned herself near the top of the leaderboard heading into moving day at the KPMG Women’s PGA Championship, carding opening rounds of 70 – 71. 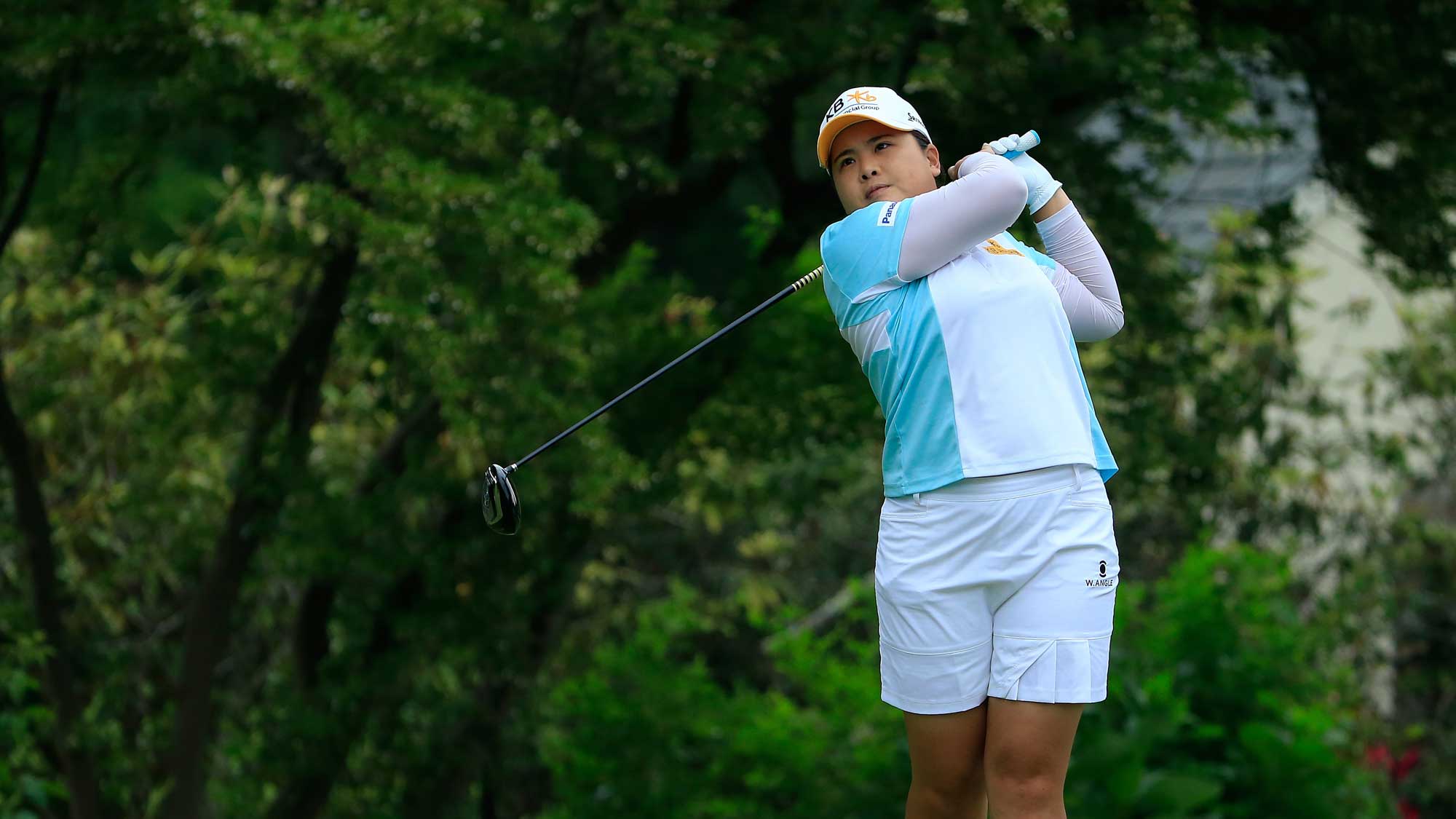 The back-to-back winner of the KPMG Women’s PGA Championship is looking to make history this week and three-peat. A little extra motivation? With a win she would also return to the No. 1 spot in the Rolex Women’s World Golf Ranking. She’s played herself right into contention heading into the weekend and with two wins already this season she is definitely one to watch in the final two rounds. 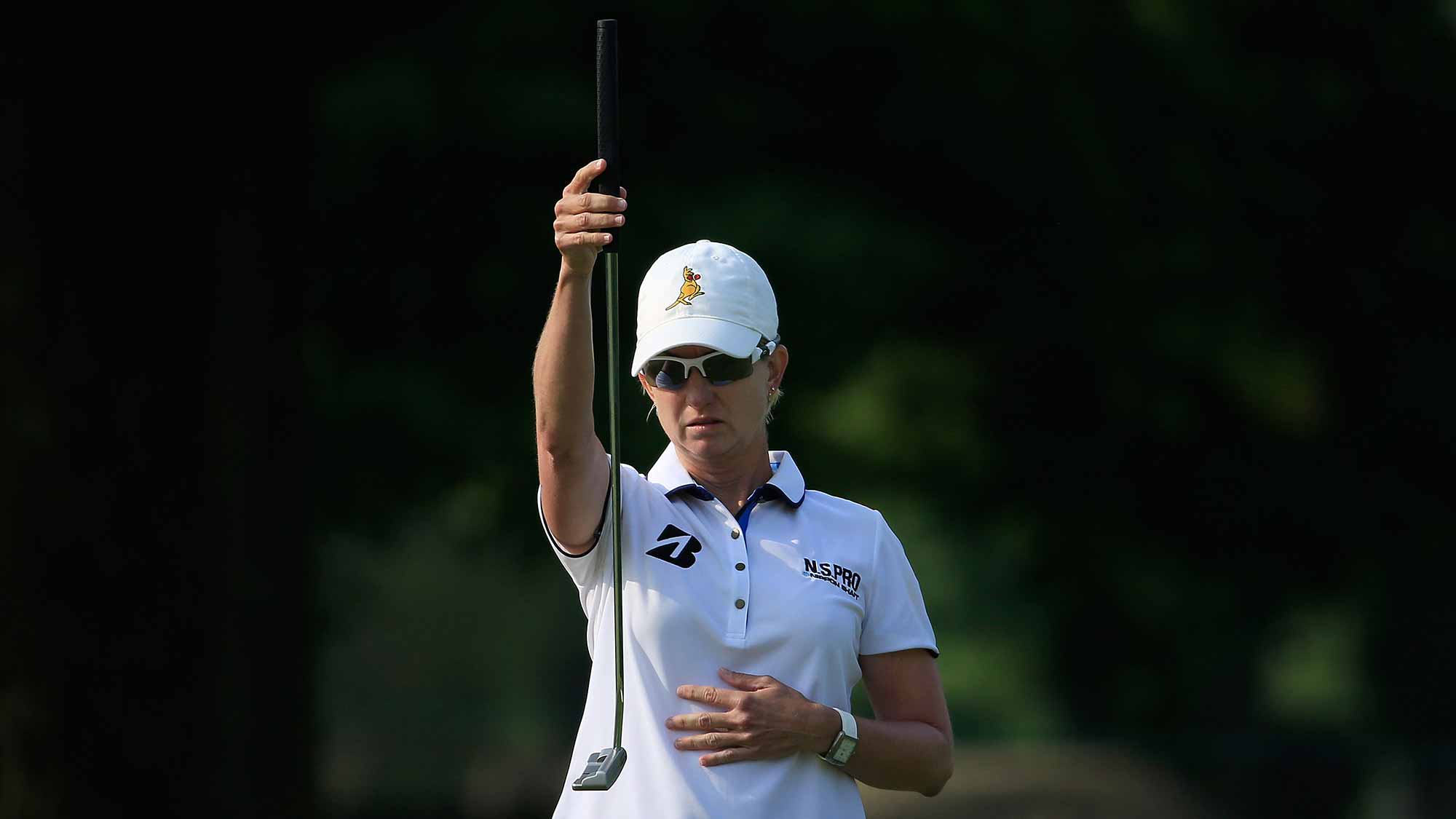 Veteran Karrie Webb is a legitimate contender this weekend. The 40-year-old is in the hunt for her 42nd LPGA victory and eighth major championship, her last one coming back in 2006 at the ANA Inspiration where she came from 7-strokes behind to win. Webb has been playing well of late too, finishing T-5 in her last start at the ShopRite LPGA Classic.

“I feel comfortable with where I put myself,” Webb said Friday. “Who knows if that will be leading or tied for the lead or one behind tomorrow, I'm just really happy to have played the course really solidly for two days and see what happens on the weekend.”