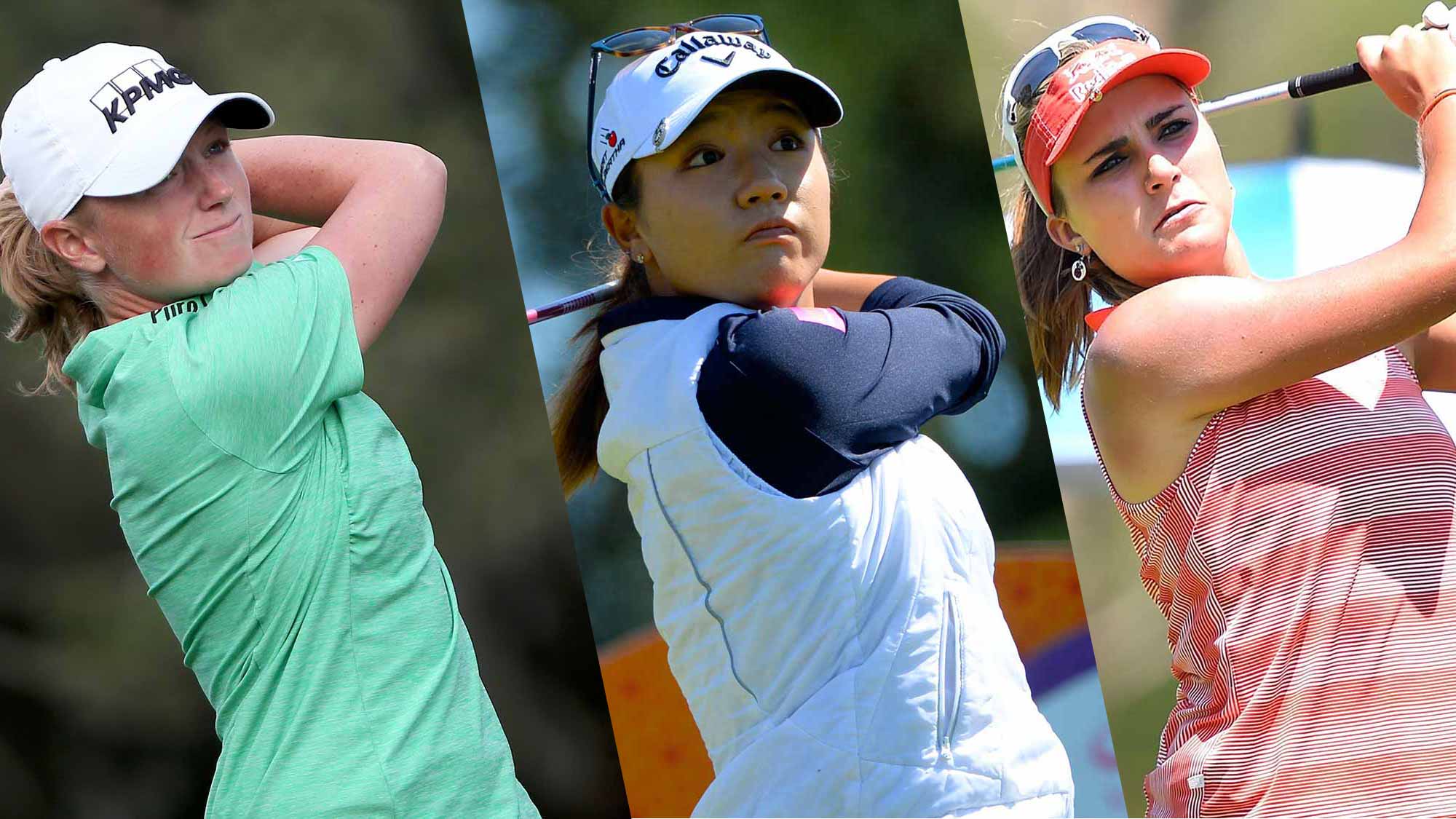 World No.7 Stacy Lewis will play alongside world No.1 Lydia Ko and world No.3 Lexi Thompson during the opening rounds of the season’s second major championship. Lewis is a two-time major winner looking to pick up her first win since 2014. Lewis has four top-10 finishes in this event and hasn’t finished worse than a tie for 28th in 2013. Ko is looking to keep her major streak rolling this week in Seattle, having won the last two majors at the 2015 Evian Championship and 2016 ANA Inspiration. Ko has just three starts in this event and had mixed success. She most recently missed the cut last year, finished third in 2014 and in a share of 17th in 2013. Thompson has been playing some of the best golf of her career this season and enters this week’s major championship having finished in the top-10 in five of her last six starts. She picked up her first major victory in 2014 at the ANA Inspiration. 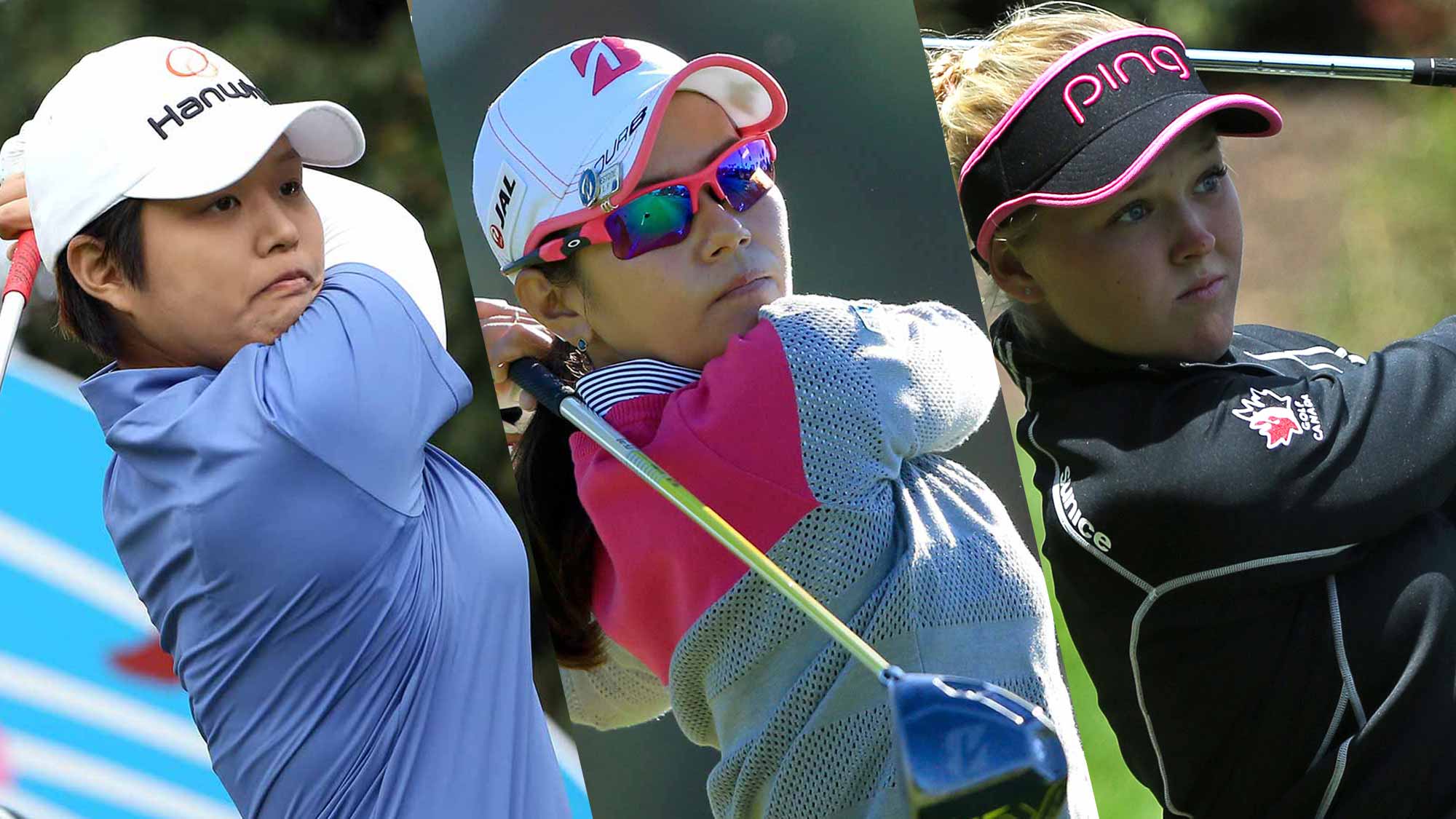 Already a two-time winner in 2016, Haru Nomura is looking to capture her first major title this week at Sahalee Country Club. She came up just one-stroke shy of last week’s winner Anna Nordqvist at the ShopRite LPGA Classic for her first runner-up finish of the year. Nomura will play alongside former world No.1 Ai Miyazato and current world No.4 Brooke Henderson. Miyazato has continued to trend upward this season, posting three top-20 finishes including a T-18 at the ANA Inspiration. Henderson is in search of her first major victory and first win of the year. Henderson has posted eight consecutive top-10 finishes on Tour this season, including a T-10 at the season’s first major, the ANA Inspiration. She finished T-5 in her first playing of the KPMG Women’s PGA Championship in 2015. 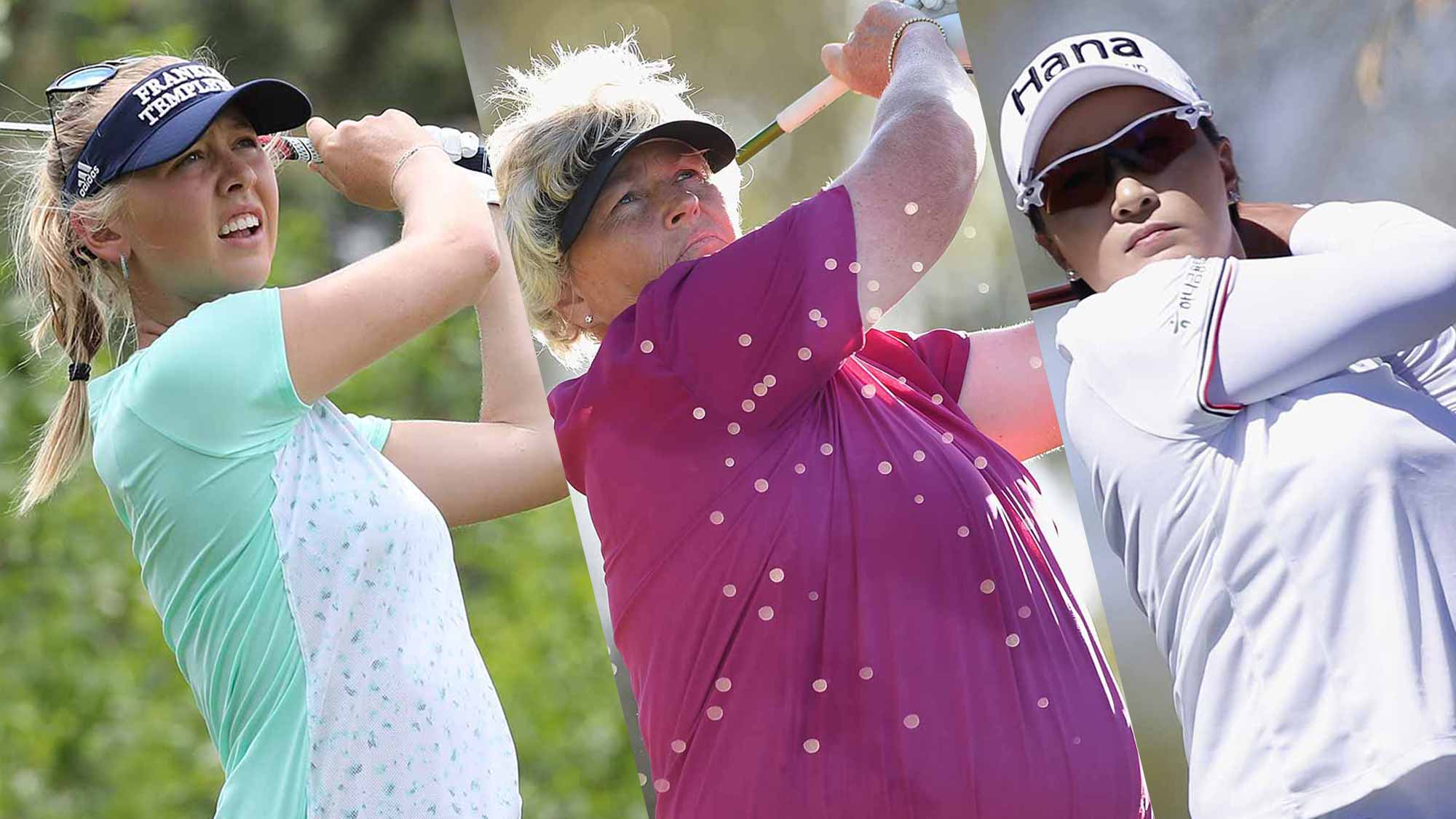 In search of her first major victory, Jessica Korda has continued to trend upward in recent weeks and will look to pick up her third consecutive top-10 this week. She’ll play alongside Hall of Famers Laura Davies and Se Ri Pak during rounds one and two. Davies has played in this event since 1997 and posted five top-10’s including a T-3 in 2005. She finished T-53 in this event last year. A three-time winner of the KPMG Women’s PGA Championship, Pak is planning to retire at season’s end, making this week's appearance likely her last in this event. 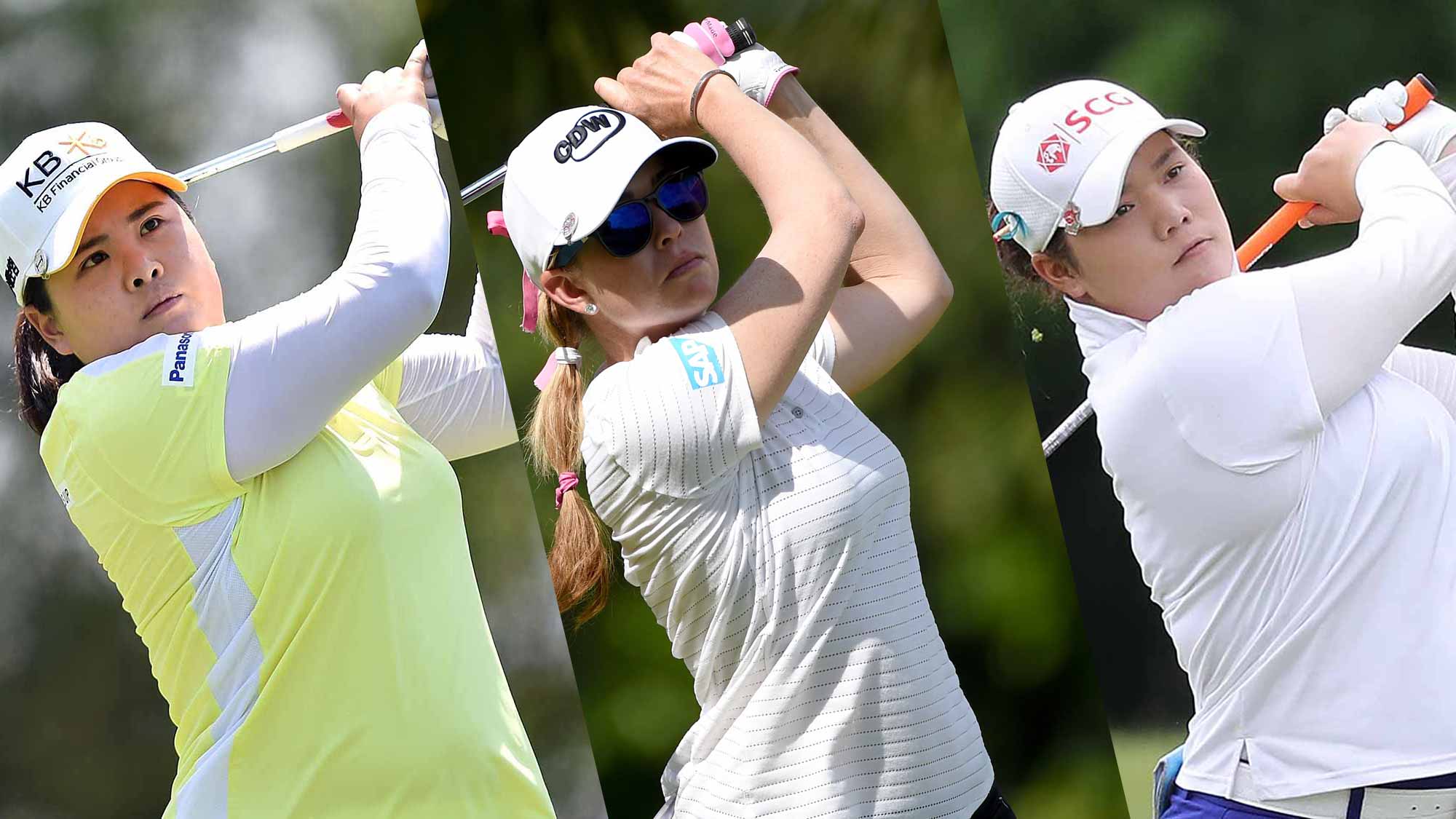 Paula Creamer and Ariya Jutanugarn will have a front row seat to history on Thursday, playing alongside world No.2 Inbee Park who will qualify for the LPGA Hall of Fame upon the completion of her first round. The three-time defending champion has struggled with a thumb injury in recent months, forcing her to withdraw following the opening round of her last two events. Jutanugarn will be chasing history of her own this week in search of her fourth consecutive victory on Tour and first major title. Creamer has teed it up in this event since 2005 and picked up five, top-10 finishes, but she has struggled in recent weeks, missing the cut in her last three starts. 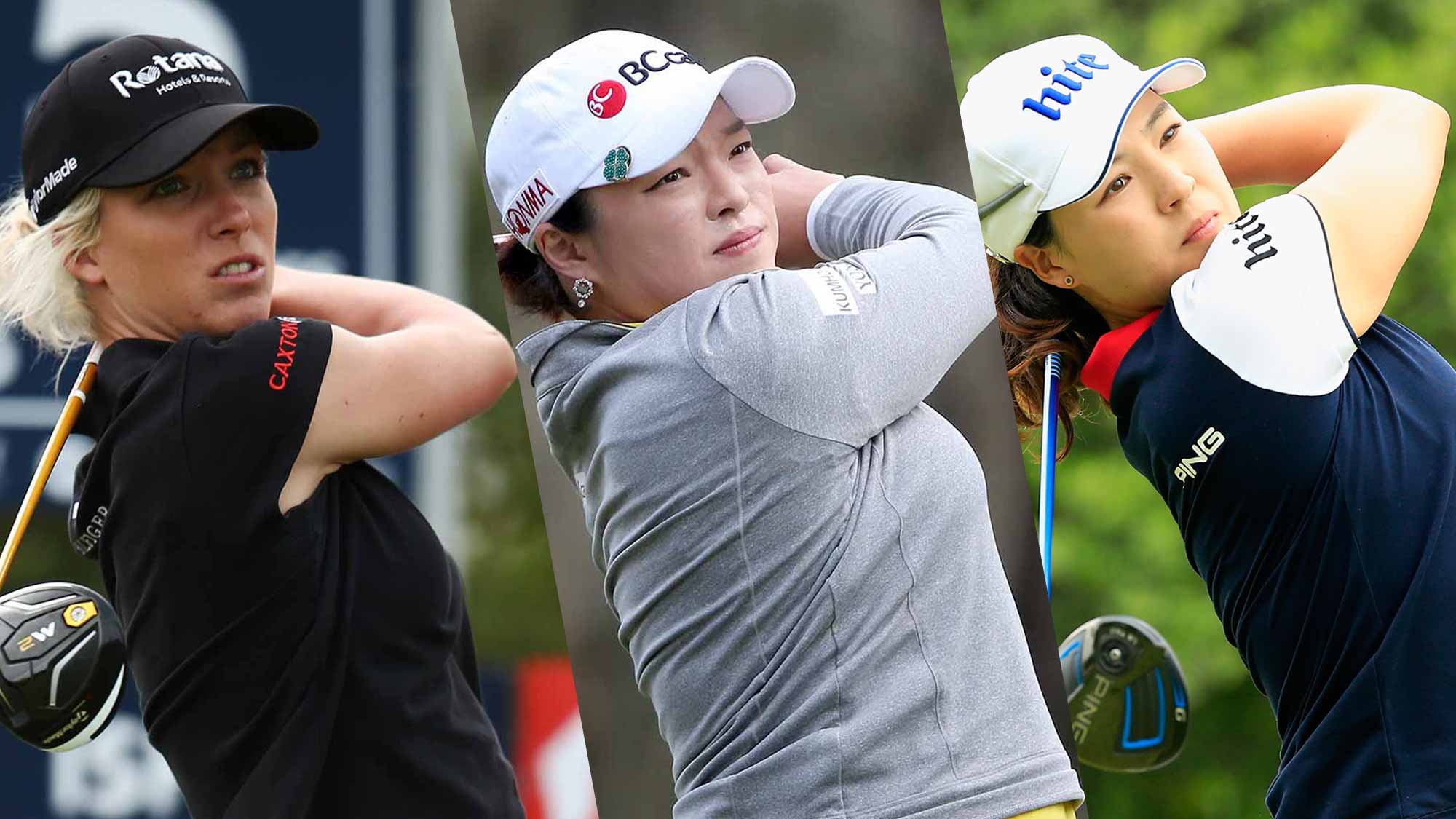 Ladies European Tour member Melissa Reid makes a rare appearance on the LPGA Tour this week at the KPMG Women’s PGA Championship. Her career best major finish came last season in a share of ninth at the RICOH Women’s British Open at Turnberry. She will play alongside Ha Na Jang and In Gee Chun on Thursday and Friday. Jang is making her first start since withdrawing from the Swinging Skirts LPGA Classic due to illness. Jang is already a two-time winner in 2016 with victories at both the Coates Golf Championship and HSBC Women’s Champions. Reigning U.S. Women’s Open champion In Gee Chun is the third member of this group and making her first start in this event. The rookie finished in a share of second at the first major of the year, the ANA Inspiration and has finished outside the top-13 just once in 2016.