On Other Tours: Azahara Muñoz retains title on home soil

On Other Tours: Azahara Muñoz retains title on home soil

The 29-year-old from the nearby village of San Pedro Alcantara, who had been winning tournaments at the club since the age of nine, carded rounds of 68-64-67 and 69 to finish two strokes clear of Carlota Ciganda and Lee-Anne Pace and win on a total of 19-under-par, with former Ryder Cup player Miguel Angel Jimenez watching on.

She said afterwards: “I couldn’t be any happier, defending my title on my home course and where I grew up. It’s been an amazing week and all the fans were here supporting me, so I’m happy I did it for them. I’ve been playing so well all week and today I didn’t play my best, especially on the back nine, but shooting an eight-under always helps. Today on the back nine, I made some amazing up and downs, so that was definitely the key.” 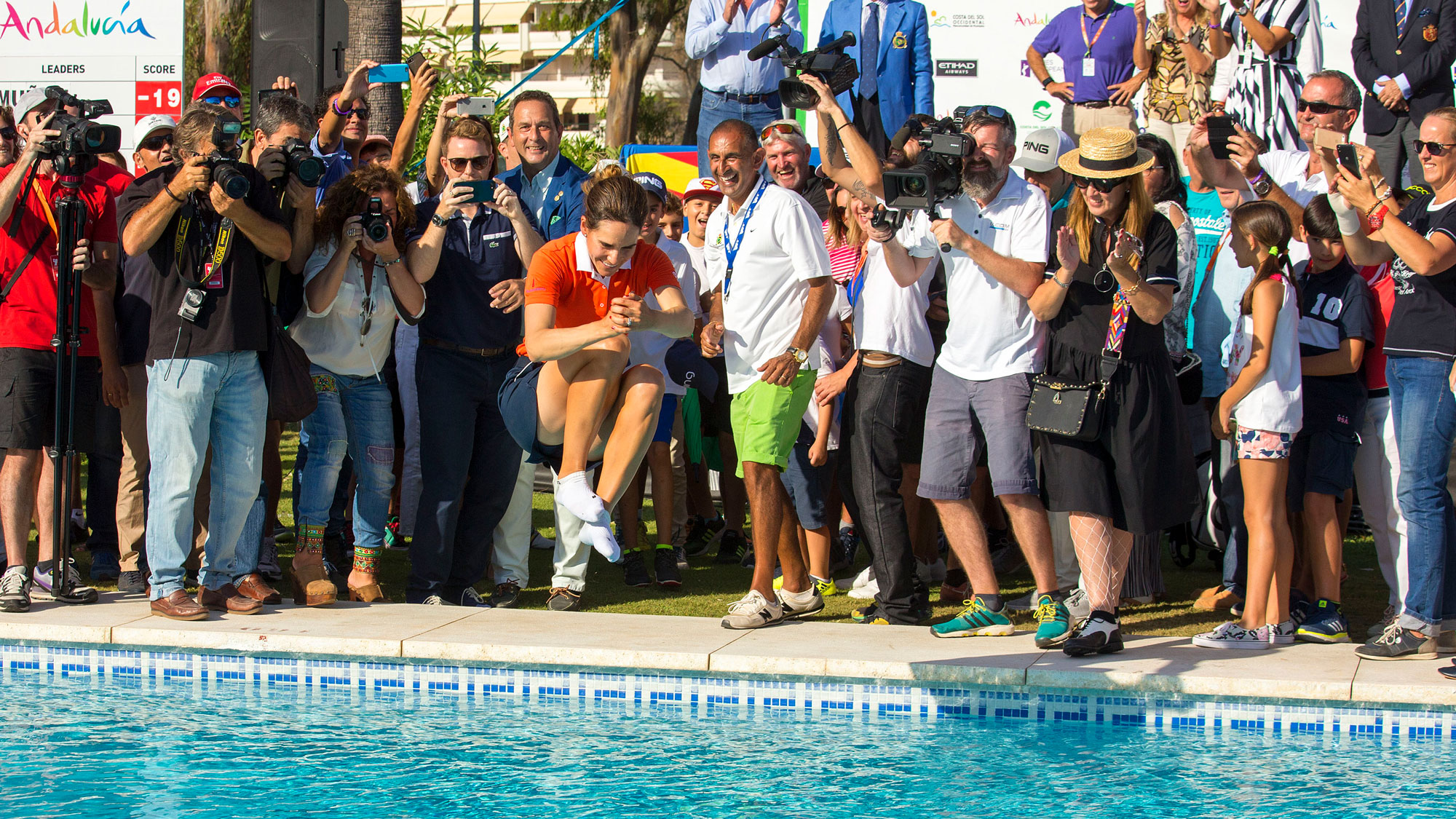 Muñoz began the final round tied for the lead with Ciganda and bogeyed the third hole, but quickly gained the outright lead when Ciganda double bogeyed the fourth. The home favourite then made three straight birdies from the fifth to gain a four-stroke lead, before carding a second bogey at the 12th.  She recovered a stroke at the long 14th, making a birdie putt of 30-feet and then made a final birdie on the par-5 17th.

The big move of the day came from the 2013 champion Pace, who eagled the last for a 67, before Ciganda also eagled the hole for a 71 and a share of second.

Georgia Hall slipped back into fourth place after two bogeys early in the round but she recovered with an eagle on the seventh and a birdie on the eighth. Another pair of bogeys on the 12th and 14thwere followed by four birdies in her last five holes for a round of 69.

Hall said: “I had quite a poor weekend really and didn’t play that well, but fourth’s fourth. I wanted to try and win this week really and I putted quite well but I was in between clubs here and there. My putting has been good this week apart from yesterday but my pitching has been my weakness, so I’ll work on that for the next event.”

The conditions were fantastic all week with blue skies, sunshine and a slight breath of wind, but nothing to trouble the players.

At the begin of the week, Muñoz had promised to jump into the club’s pool if she won and she duly delivered, bombing into the pool after the prize giving ceremony.