New Car, a Birthday and a Personal Low All in the Span of Seven Days

New Car, a Birthday and a Personal Low All in the Span of Seven Days

Exactly one week ago, Brittany Marchand made a hole-in-one on the 17th hole of round one at the KPMG Women's PGA Championship to win a brand new 2019 Kia Sorento. She then celebrated her birthday two days later. 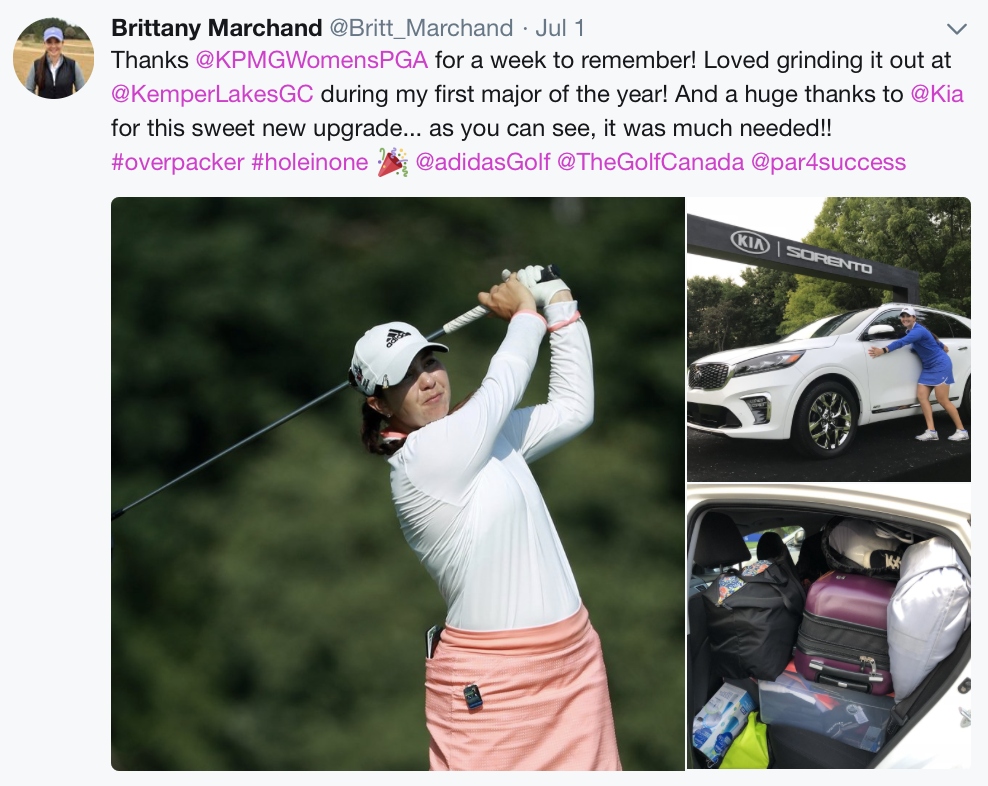 The good fortune continued in Oneida, Wisconsin on Thursday as she fired a new personal low in round one of the Thornberry Creek LPGA Classic. Marchand turned in a bogey-free 8-under, 64 to lurk only two off the lead.

"I think right now I've been feeling good about my game for quite a while," explained Marchand, who has made the cut in seven of her eight starts this year. "Just kind of little things here and there haven't really got me to finish where I want to. I like to see rounds like this happen because I feel like I have them in me."

The LPGA rookie now has a great chance to better her best finish of the year, a T32 at the Volvik Championship.

Marchand said a key reason for the low round was that she didn't get frustrated. She's been working hard on her mental game with the Canadian National Team sports psychologist, Christie Gialloreto.

"The last two tournaments, I felt like I've gotten frustrated fast," explained Marchand. "I think on a course like this, because it's soft, it's scorable, especially compared to last week, you don't want to get your expectations high. I was forcing and expecting myself to do something instead of just letting it happen."

As for the new car, she didn't drive it from Chicago to Oneida. It is being shipped to her home in Raleigh, North Carolina and she expects to get behind the wheel for the first time after the Cambia Portland Classic in late August.