Aphibarnrat promised Moriya that he'd come watch her play after she won for the first time. Moriya won the HUGEL-JTBC LA Open in April.

"It's great, he kept his promise to come back to see me when I got my first win on Tour and he did," said Moriya after her 7-under, 64. "It is very nice. He's like one of my brothers and it is very nice to see him and I am really happy for him as well because he is having a very good year this year."

Aphibarnrat was beyond impressed with Moriya.

"(She's) Incredible," said Aphibarnrat. "I mean, (she) never missed a fairway, hit every single shot inside 15 feet, which is from player to player, I can't do it. I believe that if they allow the PGA TOUR players to get into the field, I'm not going to play.  They're going to kick my ass. If you come out here you can recognize how good they are. The course is nice, the setup was great, the crowd was lovely."

Ariya, who tee'd off in the afternoon wave, caddied for Aphibarnrat during the Par-3 contest at The Masters this year. The Jutanugarn sisters both went to watch Aphibarnrat at THE PLAYERS Championship.

Aphibarnrat has two top 10 finishes this year and five for his PGA TOUR career. 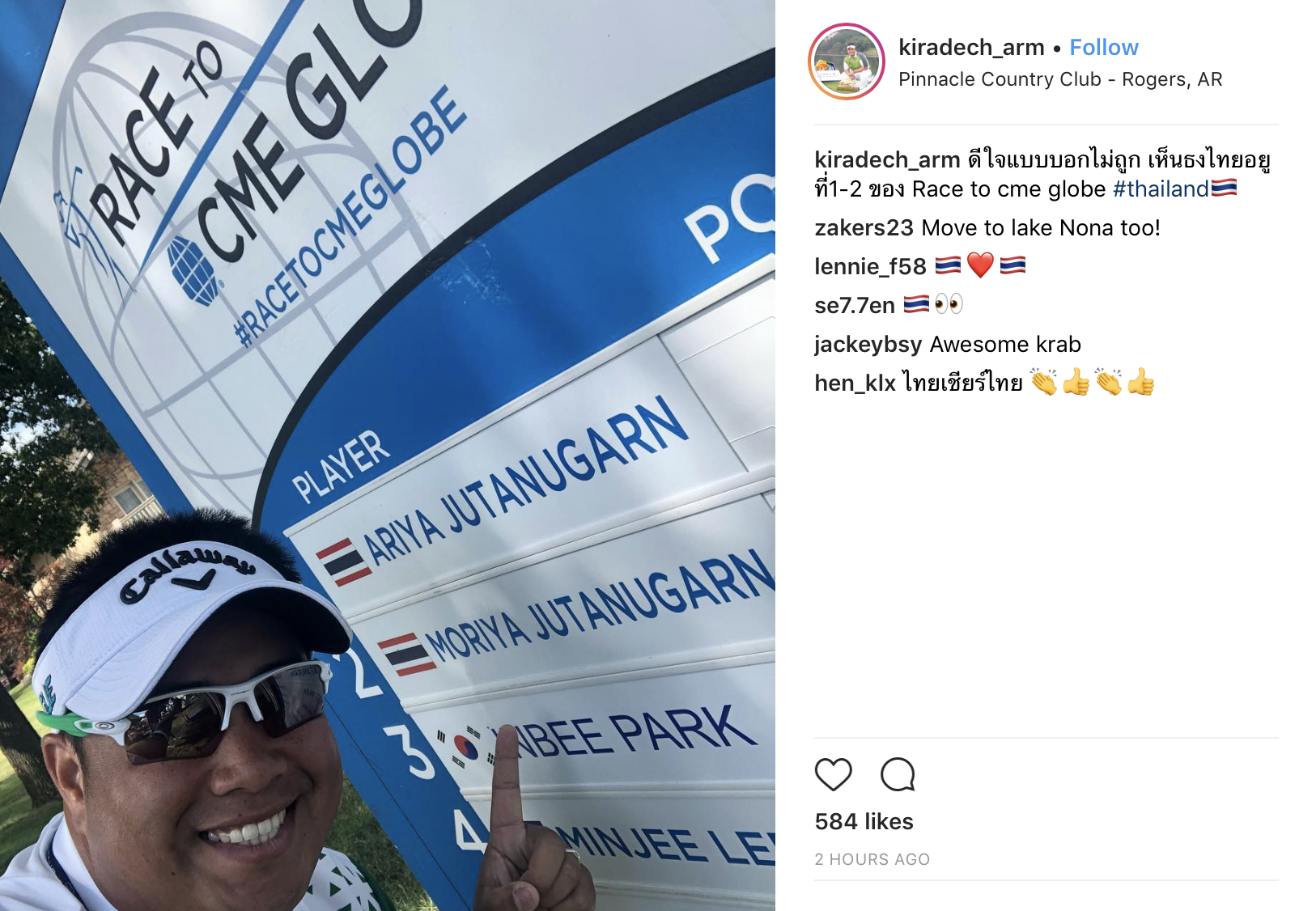