The Smiths have traveled all over the world. But there are still times when Sarah Jane and her husband, Duane, will simply look at each other in awe. They can’t believe the life they’re living.

For 13 years, they’ve traveled the world together. Sarah Jane joined the LPGA Tour in 2004 with Duane as her caddie.

“Being on the road constantly isn’t always easy, but doing it together makes it way more enjoyable,” Sarah Jane said. 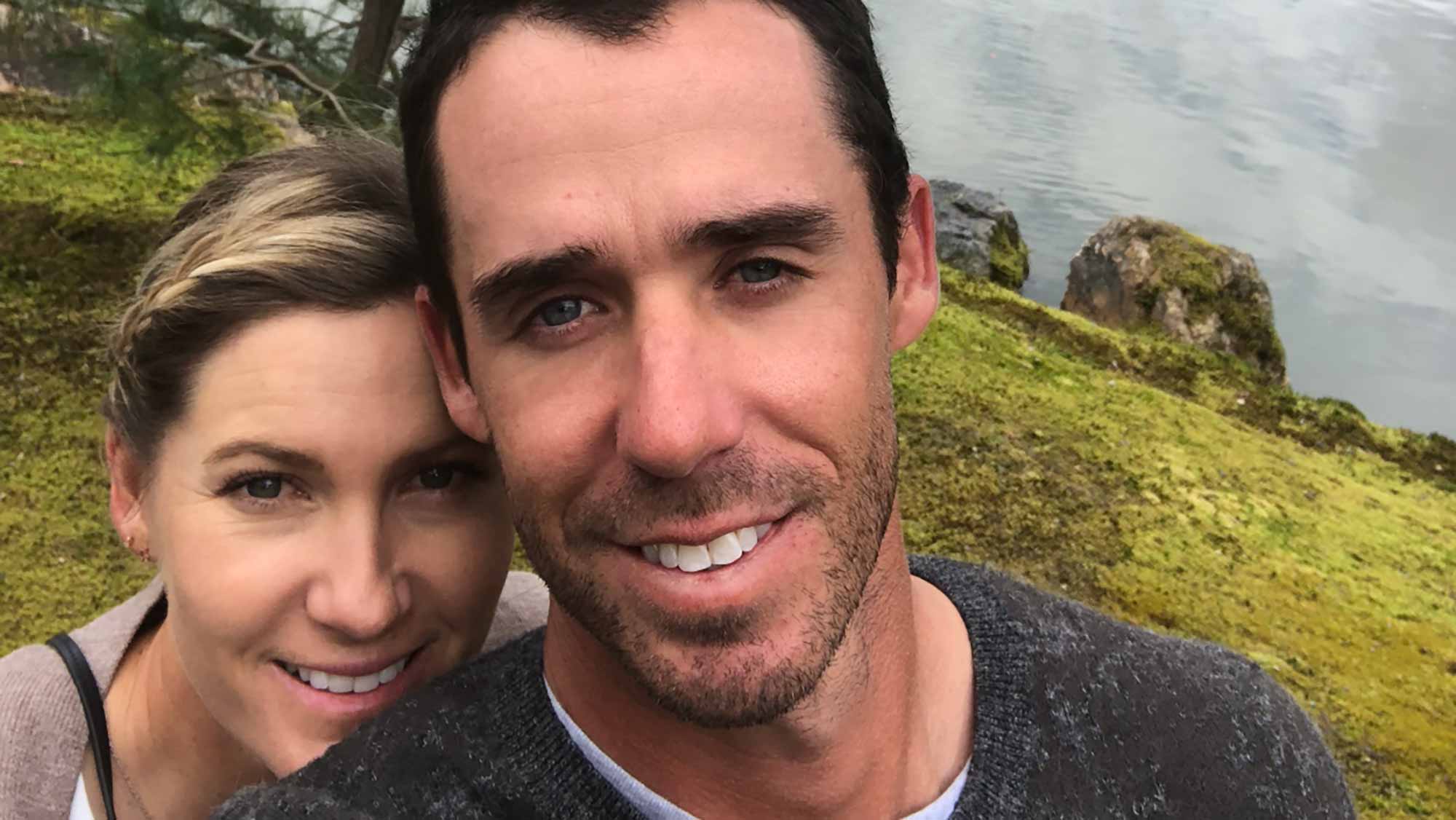 The pair met in their native Australia at the age of 11. Both pursued careers in professional golf, but as Duane’s dream began to fade, he dedicated his life to helping Sarah Jane pursue hers. Duane has been her only caddie on Tour.

“We both know what a shoulder shrug or a sigh means at this point,” Sarah Jane said. “There’s not much we don’t know about each other.”

That’s a level of familiarity the typical caddie-player duo can spend decades trying to achieve. Sarah Jane and Duane have a leg up on their counterparts in that they also happen to be married. But knowing those intricacies gives the Smiths an advantage over other caddie-player relationships. They never relied more heavily on that deeper level of understanding than they did in May at the U.S. Women’s Open at Shoal Creek.

“He just made me feel comfortable,” Sarah Jane said about having her husband by her side. “There’s something special about having someone with you that you know, without any doubt, they are 100 percent with you.”

Sarah Jane missed the cut in five of six events in the run up to the women’s open, but that week at Shoal Creek, she played her way to the top of the leaderboard for the first time in a major championship. Sarah Jane had recently connected with her instructor, Sean Foley, whose advice about over-thinking led to a breakthrough. Without a win on Tour, or major title to her name, the Aussie remained steady. She held a share of the first round lead and on day two jumped out to a three-stroke lead.

“It was awesome,” Duane said. “The first two rounds came easy and it was just fun to watch.” 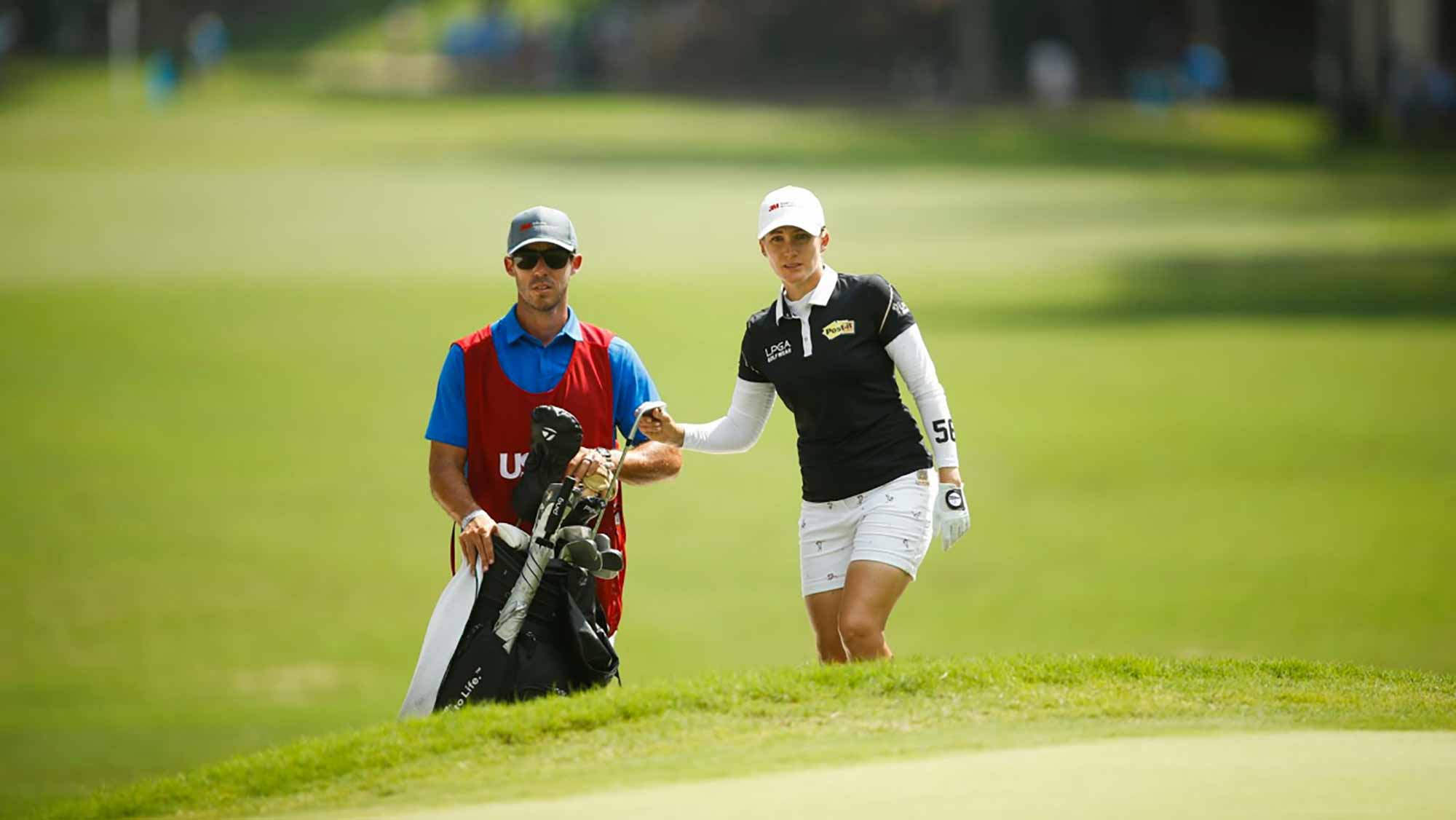 For two days at Shoal Creek, the Smiths were unbeatable. They were also superstitious.

On the eve of the championship, they ate at a nearby Thai restaurant. For the next two days, Sarah Jane carded back-to-back rounds of 67. As long as she played well, the Smiths kept eating at that same Thai restaurant. That ritual continued until the player from Thailand, Ariya Jutanugarn, overtook the Smiths at the top of the leaderboard. They were relieved, after three nights in a row, to eat somewhere new.

“We needed to be patient and keep doing our own thing, but I think that became easier said than done watching Ariya play flawless golf for 27 holes,” Duane said after they struggled with weekend rounds of 74-78 and finished tied for fifth. “We could’ve have handled the weekend better in hindsight.”

Countless hours spent together both on and off the course can be taxing on a young couple and there have certainly been moments the Smiths have questioned whether to continue working together. After one difficult season on Tour, Sarah Jane admitted the two reevaluated their working relationship, but realized it wasn’t her caddie that was the problem. Duane has had his doubts over the years, too. The biggest challenge he’s faced caddying for his wife is caring too much.

“I do my job best when I just caddie,” Duane said. “But when you’re watching your wife have a bad day, all I want to do is try to make it better.”

The Smiths make an effort to get away from golf during the few weeks they aren’t on the road.  Sarah Jane played in 30 of 33 events in 2018, including representing her country as a member of Team Australia at the UL International Crown. But after the final event of the year, the Smiths went into relaxation mode and headed to Bali for a long awaited vacation. They also spend quite a bit of their time off working on a house they bought two years ago.

“We have been consumed with home improvements,” Sarah Jane said. “Our poor house has basically been a construction site every day other than when we arrive home and the day we leave.”

Sarah Jane would like to eventually spend more time at that home. She laughs when she thinks of the plans she made. She intended to play on Tour for about a decade and then return home to start a family. Instead, the Smiths are preparing for their 14th season on Tour.

“We’d love to start a family,” Sarah Jane said. “I’d love to play and travel with a little family.”

As long as Sarah Jane is traveling on Tour, she’ll have Duane on her bag and by her side. And in the not too distant future, there could be another little Smith joining them on their adventures around the world. It’s an incredible life they live, even better when shared with the ones they love. 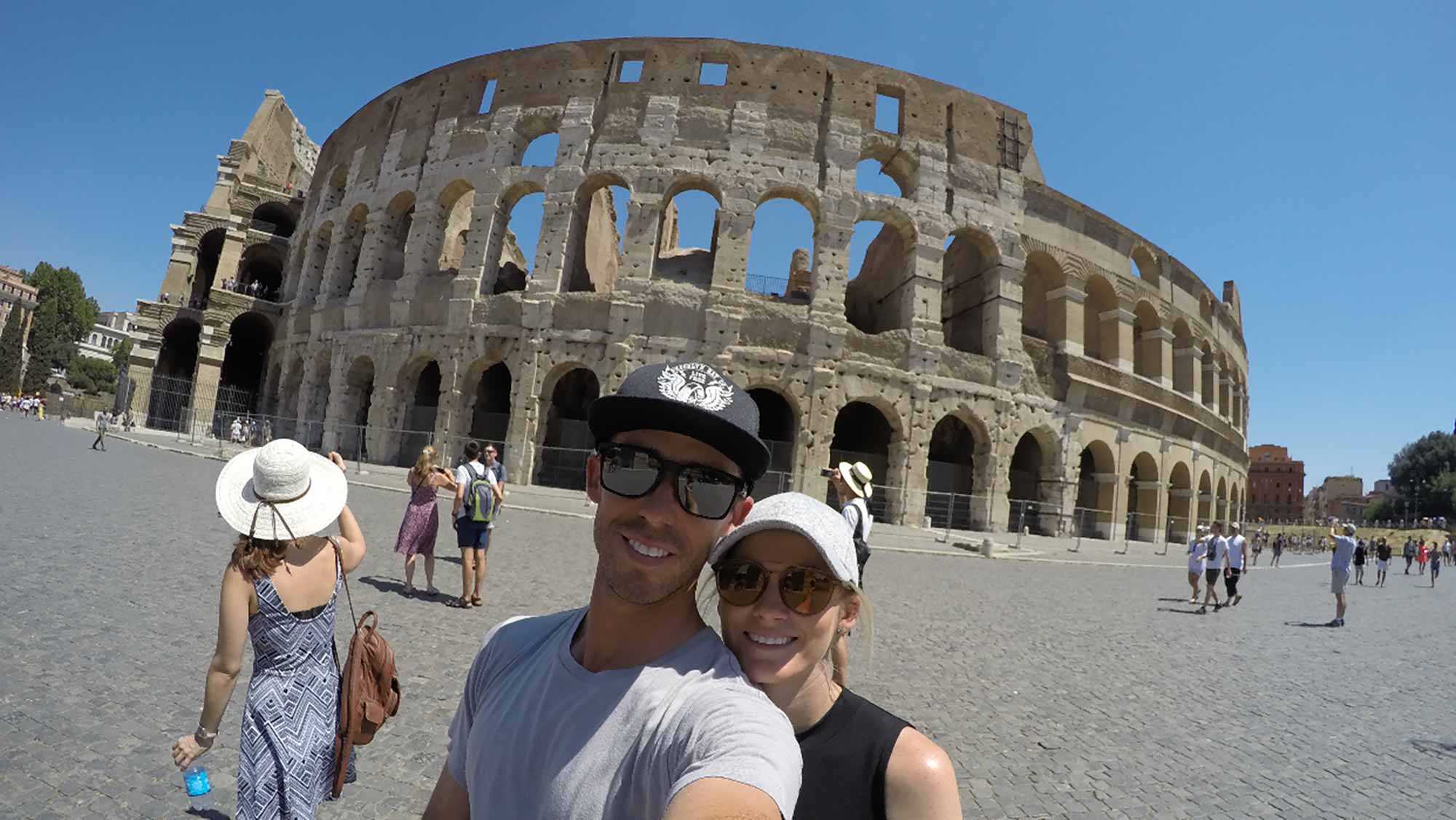