What You Missed from the Thornberry Creek LPGA Classic

What You Missed From the Weekend - Thornberry Creek LPGA Classic

If you missed the LPGA this weekend, you missed the single greatest four-round performance in the history of the Tour. It doesn't matter that Thornberry Creek is widely considered one of the more birdie-friendly courses the Tour plays all year.

She made 31 birdies in 72 holes and shattered the LPGA scoring mark, which she already held along with the great Annika Sorenstam.

Some people on social media were asking about the courses rating. It doesn't matter. She won by nine shots. Yes, nine. It's not as if everyone in the field shot a 27-under or better. Just one person and that was Sei Young Kim.

This might explain how dominant Kim was. She beat 15th place by 15 shots. That's not a typo. She beat 35th place by 19 shots. You get the point. Kim was in a class of her own regardless of what your thoughts are on the golf course.

The key was her iron shots. She was just impeccable. She hit 67 of 72 greens in regulation.

As Ron Sirak wrote in his Sunday recap: "now everyone will chase Kim's 72-hole mark".

I was joking around with Ariya Jutanugarn and we were wondering what the scoring record would be in 100 years. We settled on 40-under as a good number. We probably got a little carried away, but the talent level is just getting better and better.

Here is the scariest thought about Sei Young and the depth of talent from Korea. Even with her win, she is just the 8th highest ranked player from Korea and she shot a 31-under. That's insane. 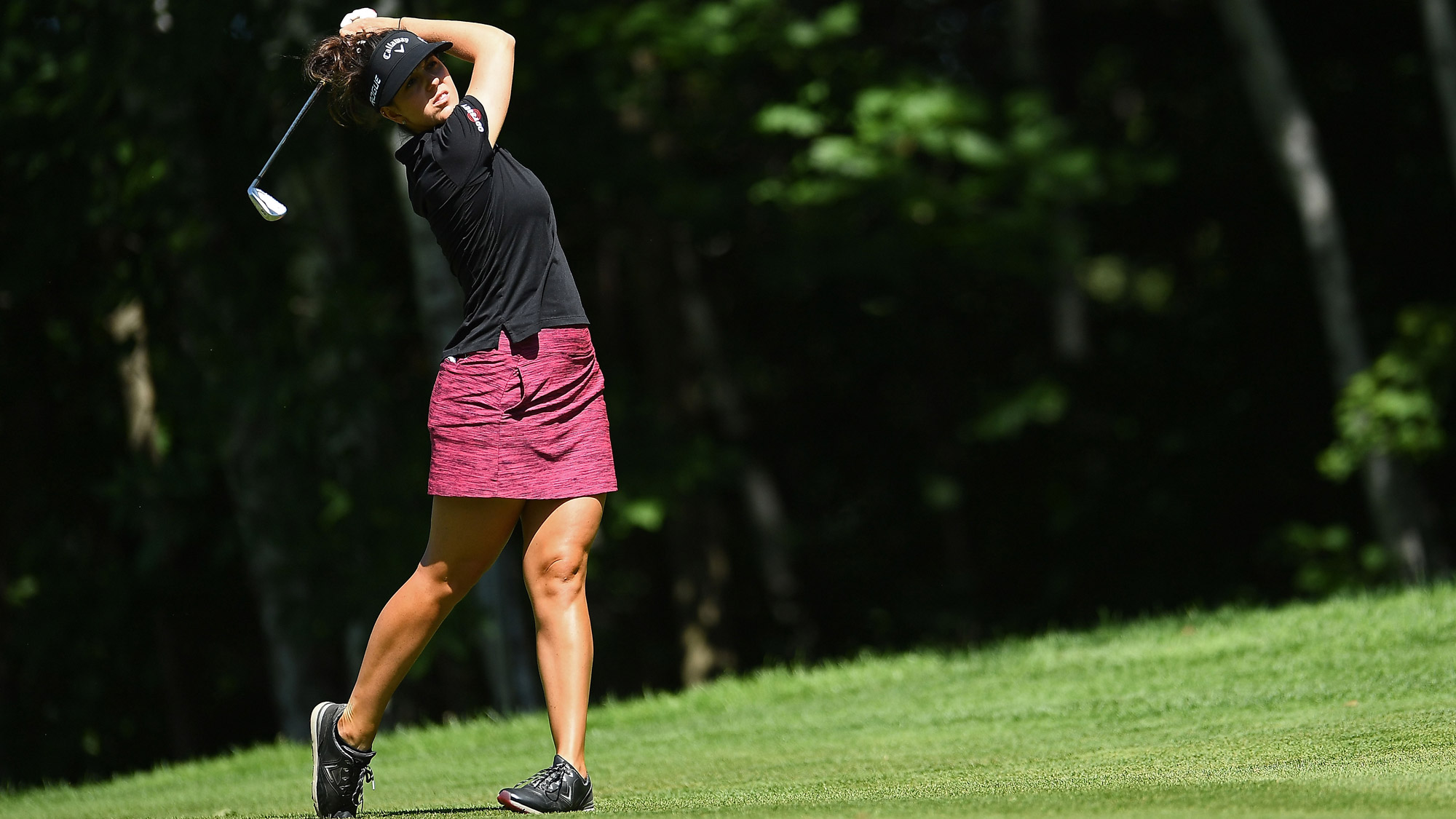 Emma Talley, the fun-loving LPGA rookie from Kentucky, turned in four rounds of 68 or better to finish in a tie for third. It's the best finish of her career and third top 10 of the season. Talley is now 43rd on the official money list after collecting the biggest payday of her season. She also has a firm grip on second in the Louise Suggs Rolex Rookie of the Year standings.

"Definitely gained a lot of the confidence this week," said Talley. "Haven't been playing as well as I would like to the past month, so this is kind of the breakthrough. Hopefully the next few weeks will be good."

Talley now has a legitimate chance to play her way into the Asia Swing towards the end of the season.

In addition to her on course performance, Talley received a lot of recognition from Karen Stupples and Kay Cockerill on the Golf Channel telecast for her endearing nature towards fans. She has the personality to quickly become one of the more popular players on Tour if she continues to play well. 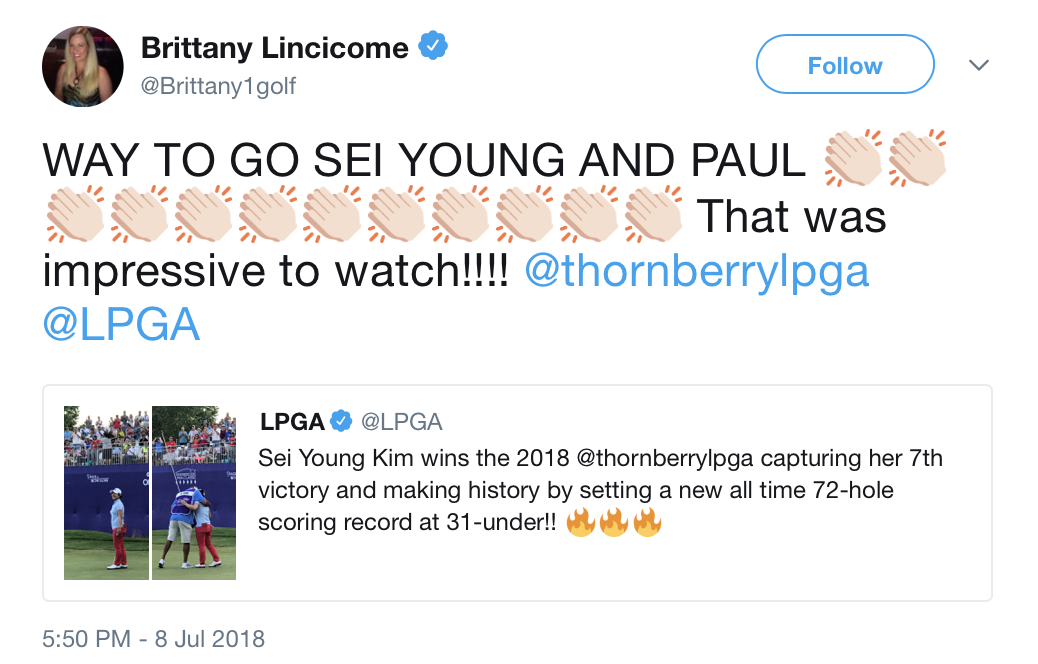 One player after another started posting congratulatory notes on social media marveling at the four-day score Sei Young Kim posted. Some of the top finishers were also asked about the 31-under finishing score.

Amy Yang, who finished in a tie for third, had a birds eye look at the last day as they were paired together.

"Wow, that was amazing," said Yang. "She shot 7-under today without any bogey, bogey-free round. It was amazing out there watching her. It was great."

"In a word, phenomenal," said Kirk. "We knew that you could go low around this golf course, but she's taken it to a whole 'nother level. It's pretty exciting to watch really. She just kept the foot down so compliments to her."

At one point during the final round after catching a glimpse of the scoreboard, Emma Talley turned to her caddie in shock.

"I was like, '30-under? that's unbelievable', explained Talley. "If you would've told me that was the winning score, I would've been like, there's no way someone is going to go that low. She had a heck of a week and I'm really excited for her." 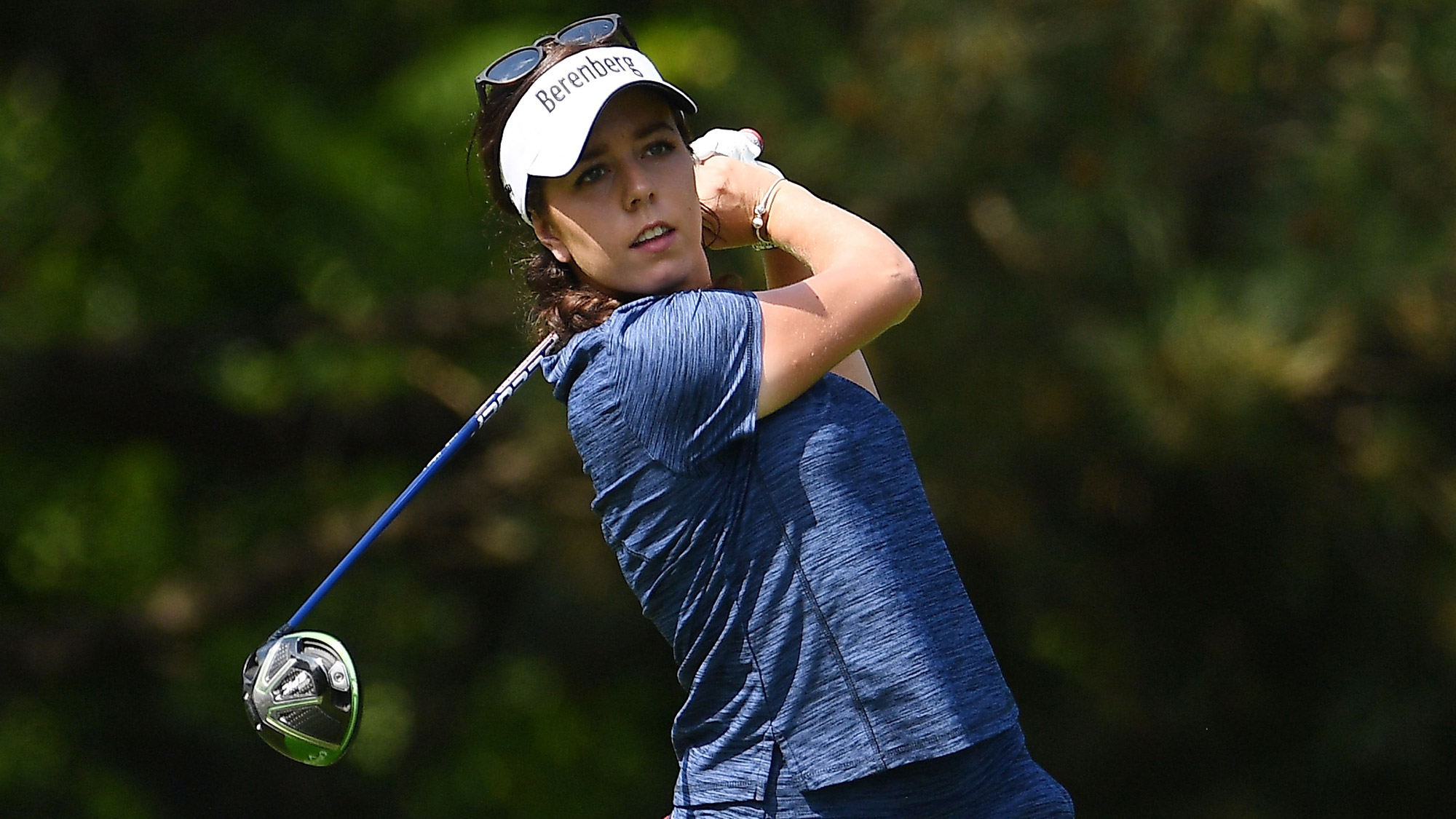 The expectations were very high for Georgia Hall coming into her first season on the LPGA. Without a top 10 in her first 12 starts of the year, it was fair to say she hadn't matched the hype that her play at the Solheim Cup and on the Ladies European Tour warranted.

But, that changed this week at the Thornberry Creek LPGA Classic where she finished in a tie for seventh with a pair of 66s.

She finished in the top 10 in six of ten starts on the LET in 2017 and had eight top 10s in 2016 so the attention on her was understandable.

At Q-School in December, she stumbled in her first round, but recovered to earn full status. She entered the 2018 season as a top 35 player in the world.

It seems like she could be building towards a big second half of the season.

Jane Park Hole Out in Final Round from Bunker