Henderson Takes Lead On Windy Day One In Bahamas

Henderson Takes Lead in Paradise, Five Things to Know from Round One 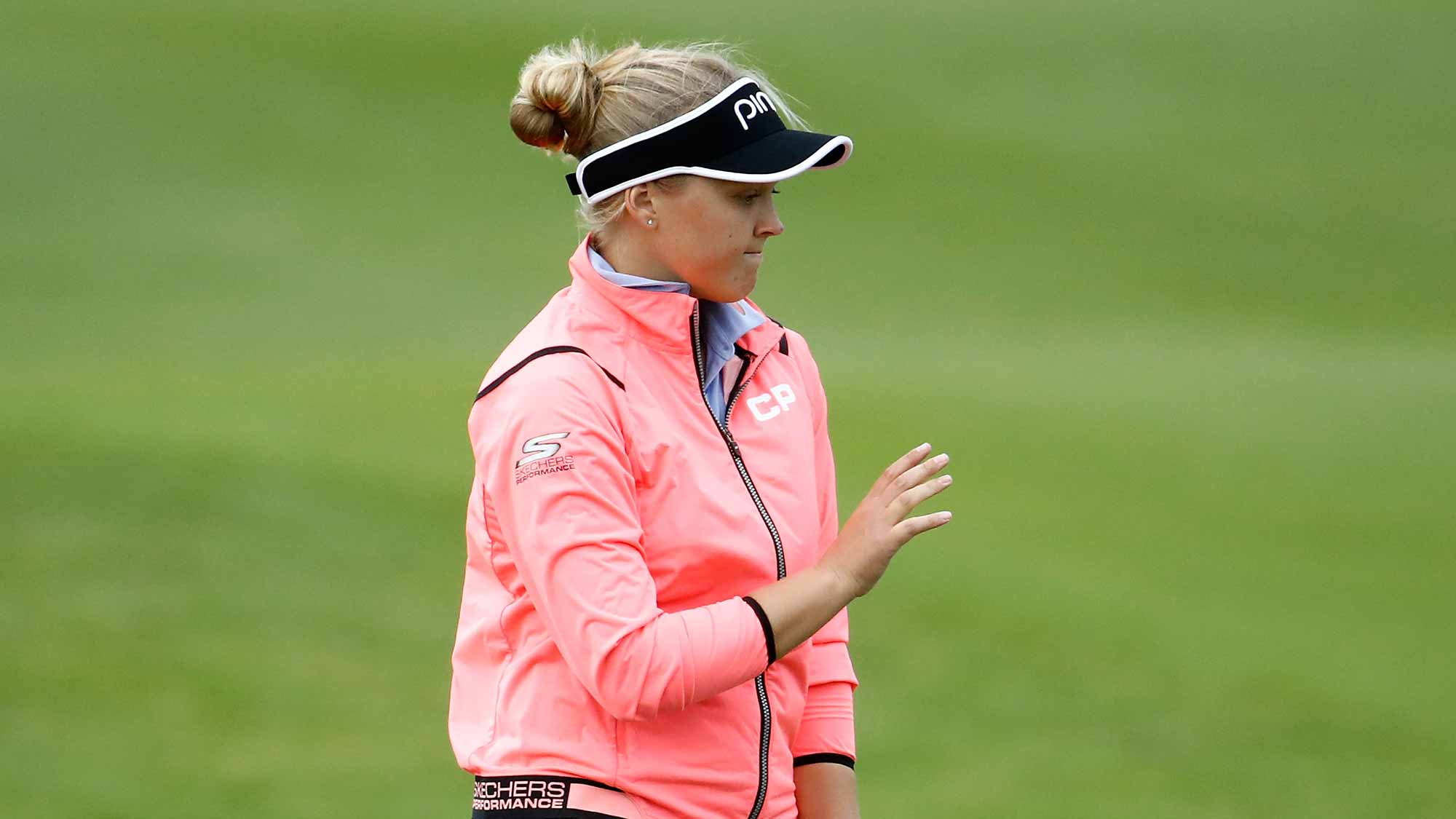 Canada’s Brooke Henderson got off to her best start in four appearances at the Pure Silk-Bahamas LPGA Classic, carding a bogey-free, 68 at the Ocean Club Golf Course to take a one-stroke lead.

“Britt and I, we did a really good job of hitting balls pin-high, and I don't know how we did it,” Henderson said about the help she got from her caddie and sister, Brittany. “It's hard to judge wind sometimes, but I feel like we calculated everything really well.”

The Ricoh Women’s British Open has been Henderson’s nemesis. To better prepare for the event each year, the Canadian added more shots to her bag to help her play better in the wind. It paid off in September when she won in extreme winds at the MCKAYSON New Zealand Women’s Open. The extra practice is proving to be helpful this week, too.

“My hat felt like it was falling off all the time, and it was just hard to have good balance over the putt for that long and have a good stroke on it. But I think by Sunday we will all be pretty good wind players.”

The opening round was suspended at 5:59 p.m. local time due to darkness with 12 players on the course. They will return to the course at 7:10 a.m. to complete their round. The second round will begin at the same time. 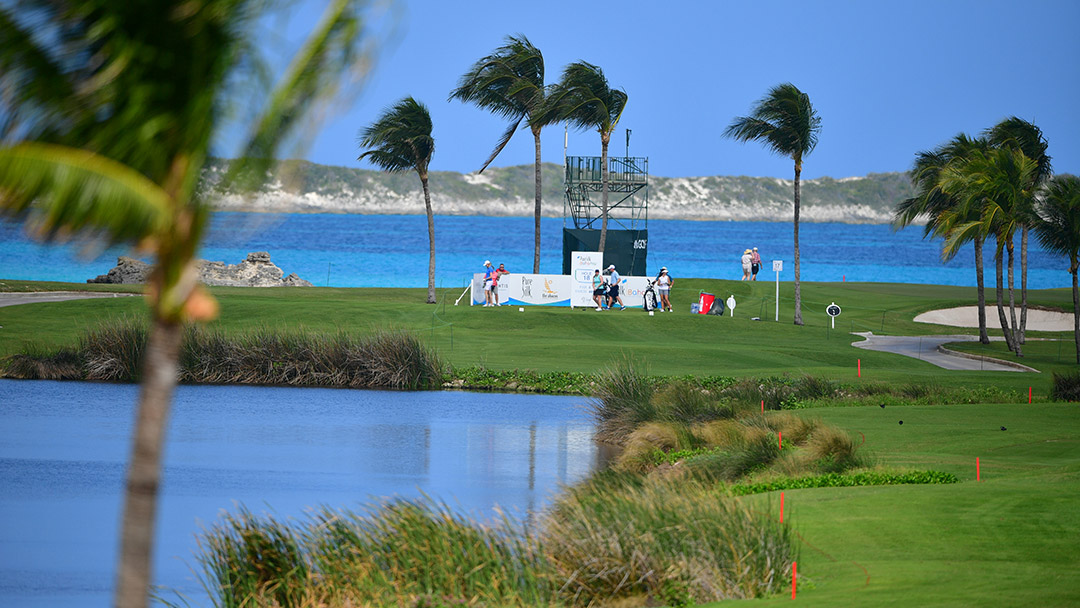 Mother Nature stole the show as the LPGA Tour kicked off its 2018 season in the Bahamas. With sustained winds around 20 mph and gusts of more than 30 mph, there was no easing into the season on day one of the Pure Silk-Bahamas LPGA Classic.

Players comfortable in adverse conditions were the ones who made it to the top of the leaderboard in round one.

“I like playing in the struggle, I grew up playing in the wind, and I do enjoy playing difficult shots and stuff like that,” said Australia’s Sarah Jane Smith. “It's probably better for me [other] people don't like it.”

“I've had some decent success at [Ricoh Women’s] British Opens, and I feel comfortable in the wind, but it's crazy when you think you got the wind kicked, and then it gusts and you might hit just a tad off center, and it's going to get punished,” said Australia’s Katherine Kirk, who compared the conditions to her new home in Wichita. “It affects spin rates and everything, and it does make it a lot harder, but being older and wiser hopefully I can stay more patient and pick and choose my holes to be more aggressive on.” 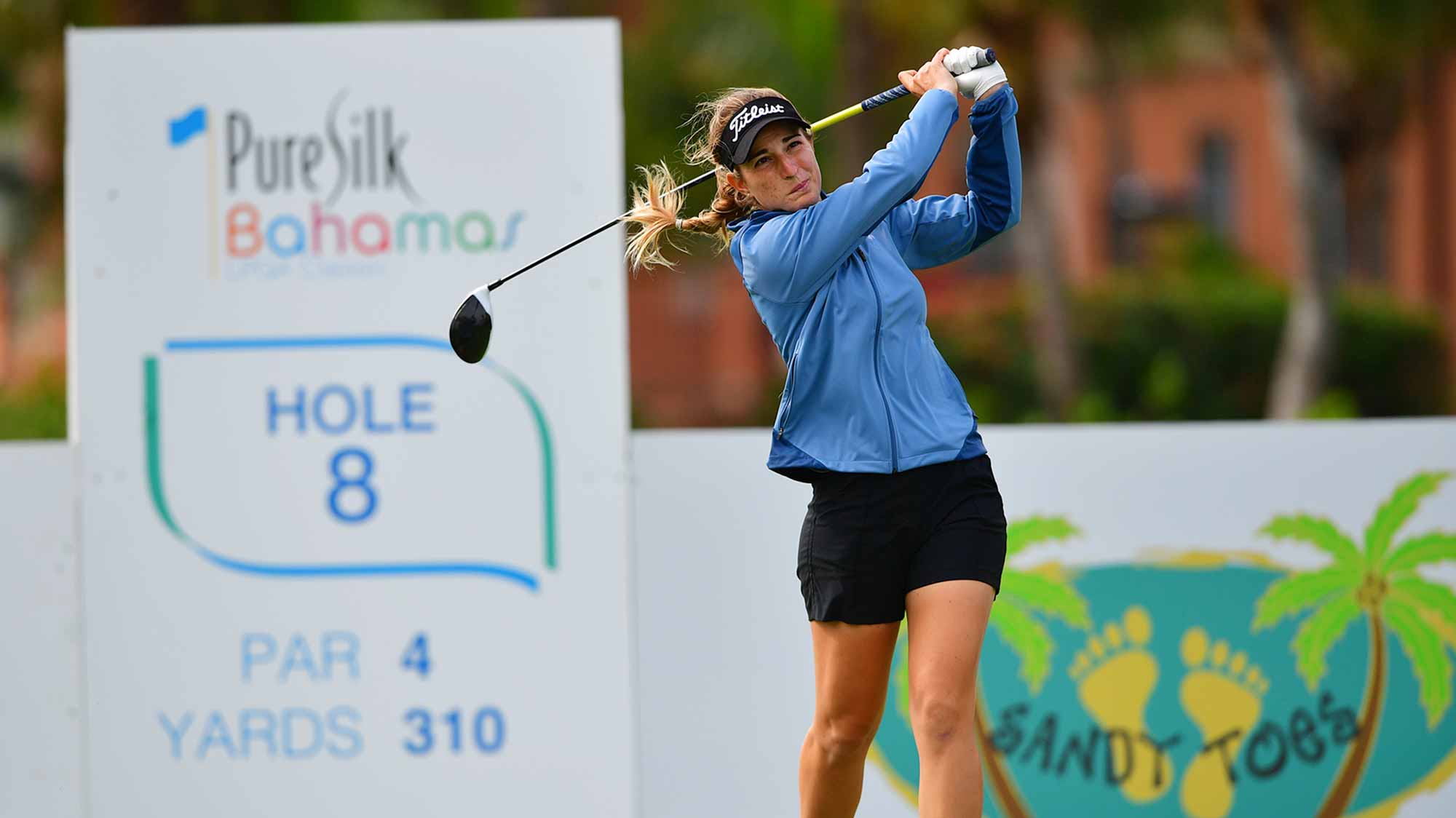 Wednesday afternoon, Jesus Mozo found a 100 Bahamian bill laying on the ground as he made his way from the caddie headquarters to the golf course. He took it to the casino at the nearby Atlantis resort and doubled his money. This weekend, he’d be wise to bet on his own player, rookie Luna Sobron Galmes, who is tied for the lead in her first start on the LPGA Tour. Sobron Galmes has a chance to make history on Sunday with a win, as she would become the first player to win in her first start on Tour since 1951 when Beverly Hanson won the Eastern Open.

Sobron Galmes, who spent last year as a rookie on the Ladies European Tour, grew up the small island of Majorca, Spain where she often played in the wind. She was the only amateur to make the cut in at Turnberry during the 2015 Ricoh Women’s British Open, the year Inbee Park won.

“In Majorca, in my town, where I live, the wind is very hard, so it's like this,” the Spaniard said after her round. “I feel the course really is good. You play well, everything goes well, so I am very confident.”

Opening Round Highlights from Bahamas