Second Round To Resume Sunday Morning, Henderson Leads By One

Behind the Leaderboard – KPMG Women’s PGA Championship, A Look Ahead to the European Swing 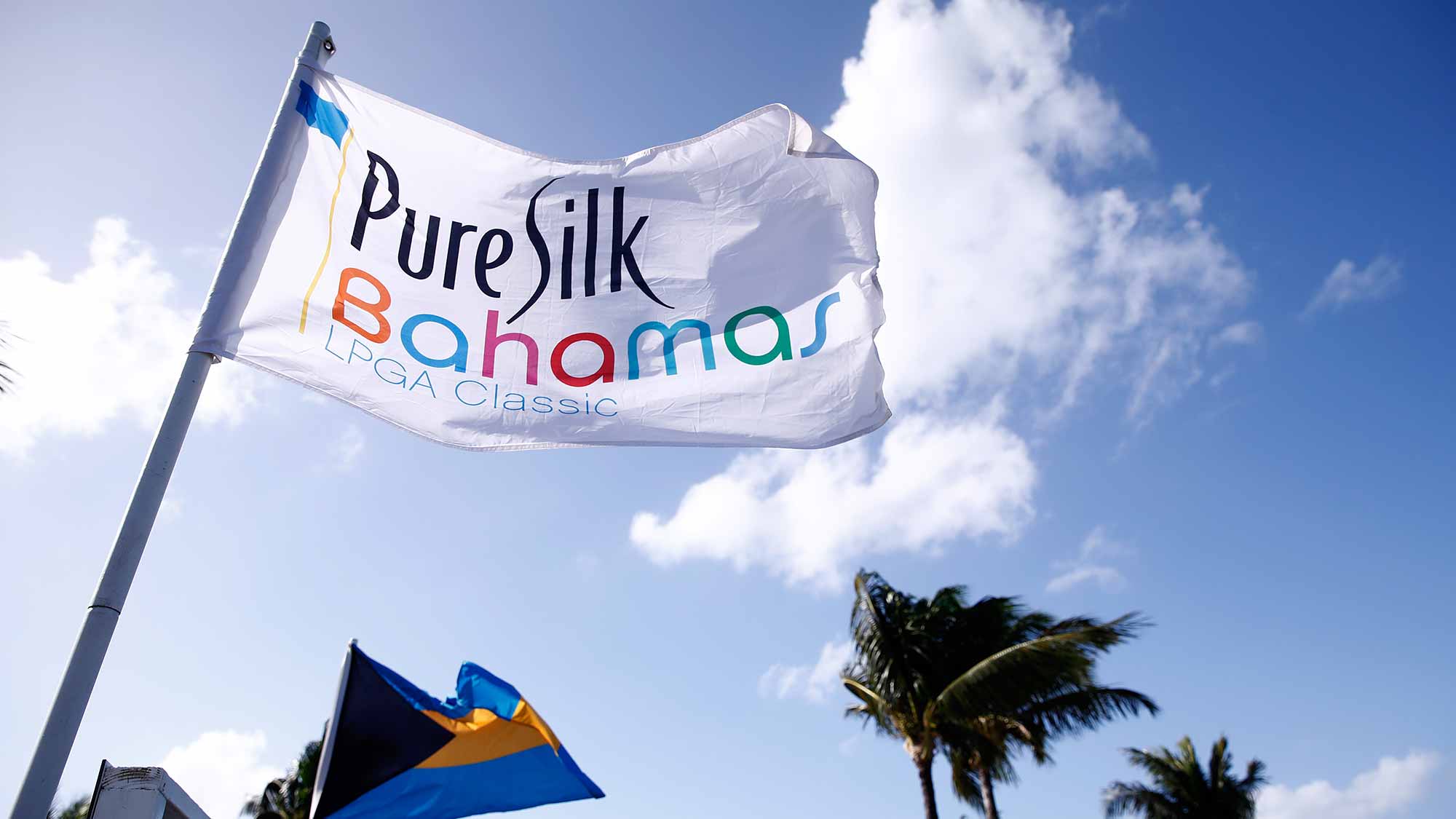 Second Round To Resume Sunday Morning

Windy conditions postponed the restart of the second round of the Pure Silk-Bahamas LPGA Classic Saturday morning. Play was suspended for the day Friday with gusts upwards of 40 mph at the Ocean Club Golf Course. The round was scheduled to resume at 7:30 a.m. local time but high winds persisted, pushing the start back to 11:15 a.m.

Saturday evening the horn blew at 5:54 p.m. to suspend play for the evening due to darkness. The second round will resume Sunday morning at 7:00 a.m. with the third and final round beginning soon after. 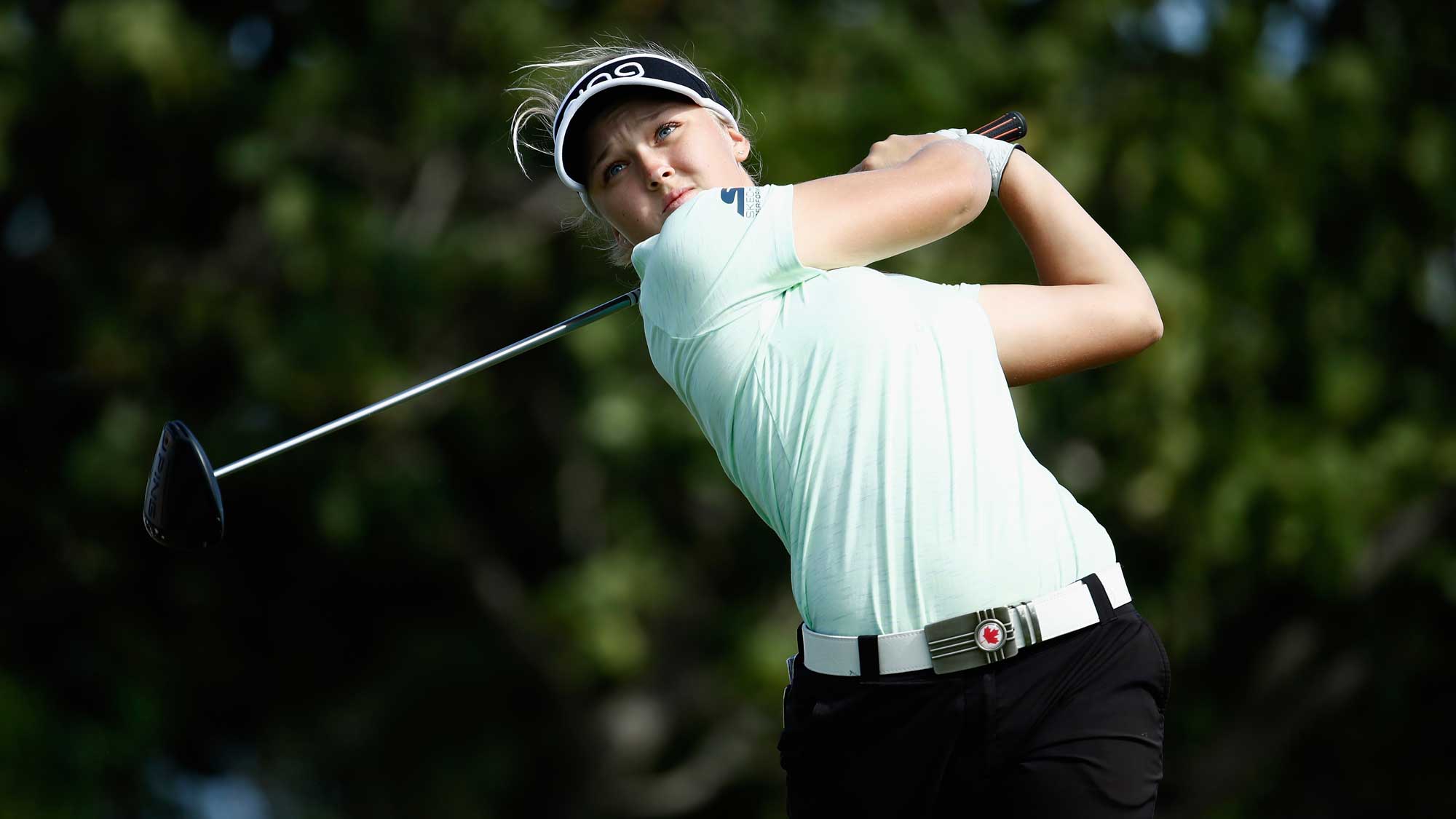 Henderson Hangs On to Lead

Brooke Henderson, who led after day one, played just one hole of her second round on Friday morning before play was suspended for the day. A bogey on that opening par four left her with something to think about for the next 24 hours

“Unfortunately I bogeyed that hole, so it wasn't a great start,” Henderson said. “Coming out today I wanted to make that par putt I had left on two and try to get my round turned around a little bit.”

She completed her second round on Saturday, posting four birdies and four bogeys en route to an Even par, 73.

“It was windy today, and I feel like overall Britt and I did a really good job again, just calculating numbers and negotiating the wind as best we could,” Henderson said. “There were a couple of bogeys I would like to take back, but having four birdies is really good.”

Henderson sits at 5-under par and currently leads by one stroke ahead of Shanshan Feng, who will have nine holes of her second round to complete on Sunday. Danielle Kang, who played with Henderson in the first two rounds, sits two-back at 3-under par. The 2017 KPMG Women's PGA Champion also posted an Even par round on Saturday.

“I think it's definitely playing tougher," Kang said after her round. "I just feel like those little mistakes come into play when it's those type of conditions. It was fun, though. I like this kind of weather."

Ryann O'Toole finished her second round Saturday afternoon to sit just two-back of the lead. She bounced back from an opening round 74 with a 4-under par, 69 for the low round of the day. Needing no time to adjust, O'Toole is finding sucess with a whole new set of clubs in her bag. She put new PXG irons in her bag just last week, as well as a new driver and made a few tweaks to her wedges.

“The way the ball comes off, I've gained three to five yards with every club,” O’Toole said after her round. “And the new driver that I'm hitting, too, it's been awesome. So I can hit a choke-down low ball here, so it's perfect for the wind. But I just feel like I've got control and I really like where my stuff's at, so I'm happy about it.”

Lexi Thompson, Wei-Ling Hsu and Luna Sobron Galmes are also T-3 at three-under par. They'll return to the course on Sunday morning to complete their second round. 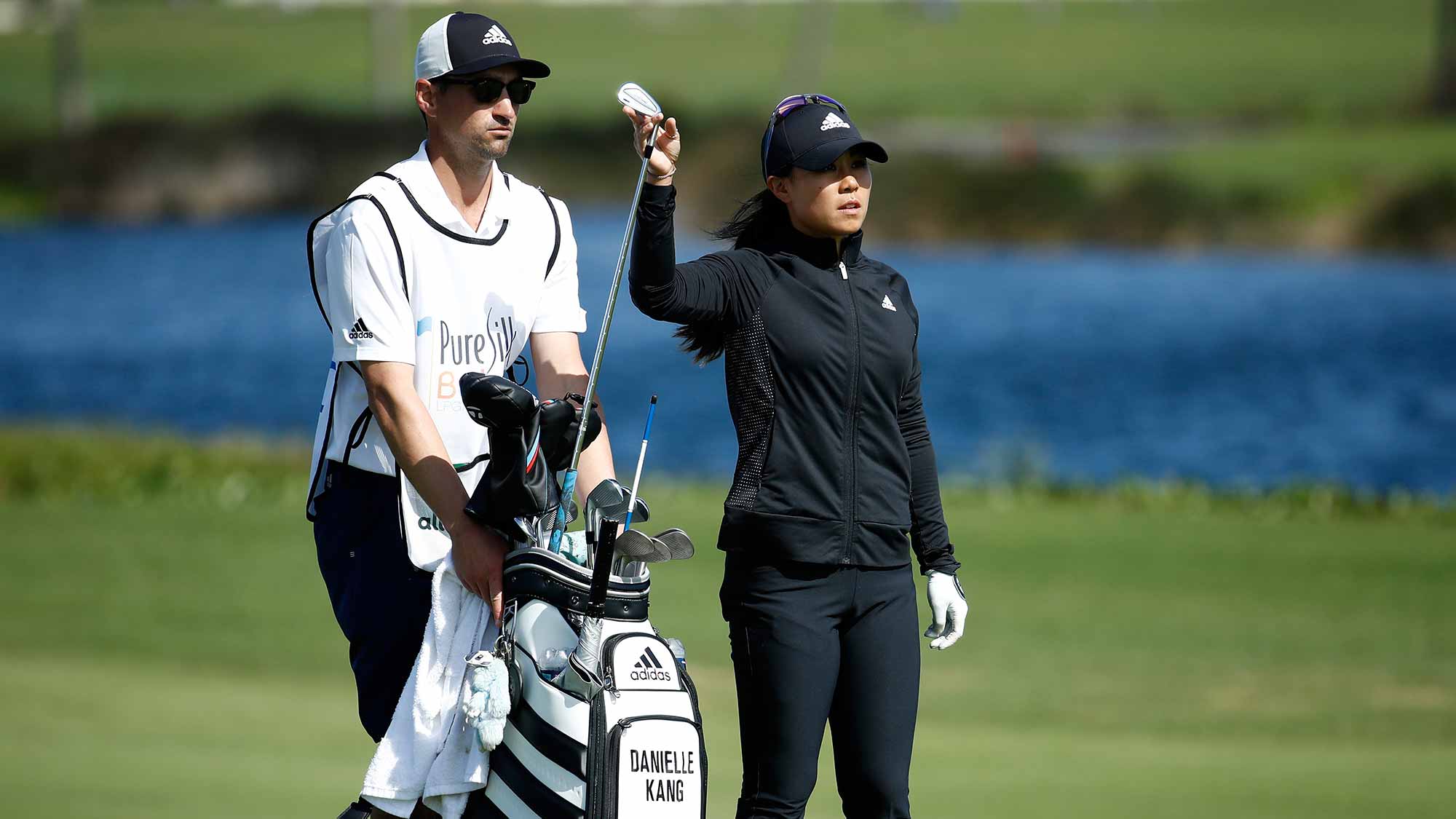 On a week when wind has dominated headlines, it seems only fitting Danielle Kang would find success with a caddie named Gale.

Danielle opened with rounds of 70-73 to sit two-back of leader Brooke Henderson. This week, she's found success with her new caddie, Gale Smith. Danielle admits to stealing Gale from her brother, Alex, a professional on the Web.com Tour.

“If my brother trusts him, I trust him,” Danielle said after her round. “We're doing pretty well, I would say. He's very calm and collected.”

During the middle of her second round on Saturday, Danielle began to feel rushed. It was taking her longer to mark her ball and line up putts given the windy conditions. She was worried she was going to get a penalty for taking too much time, but Smith helped her stay calm.

“He was like, ‘Just breathe. If you are over time, what are you going to do about it?’ I'm like, sure he's right. I'm like, ‘Actually if you're too much over, you get penalty,’ and he's was like, ‘Well then we're worry about it when you get the penalty.’ So I'm like, okay. He's keeping me focused on my shots.”