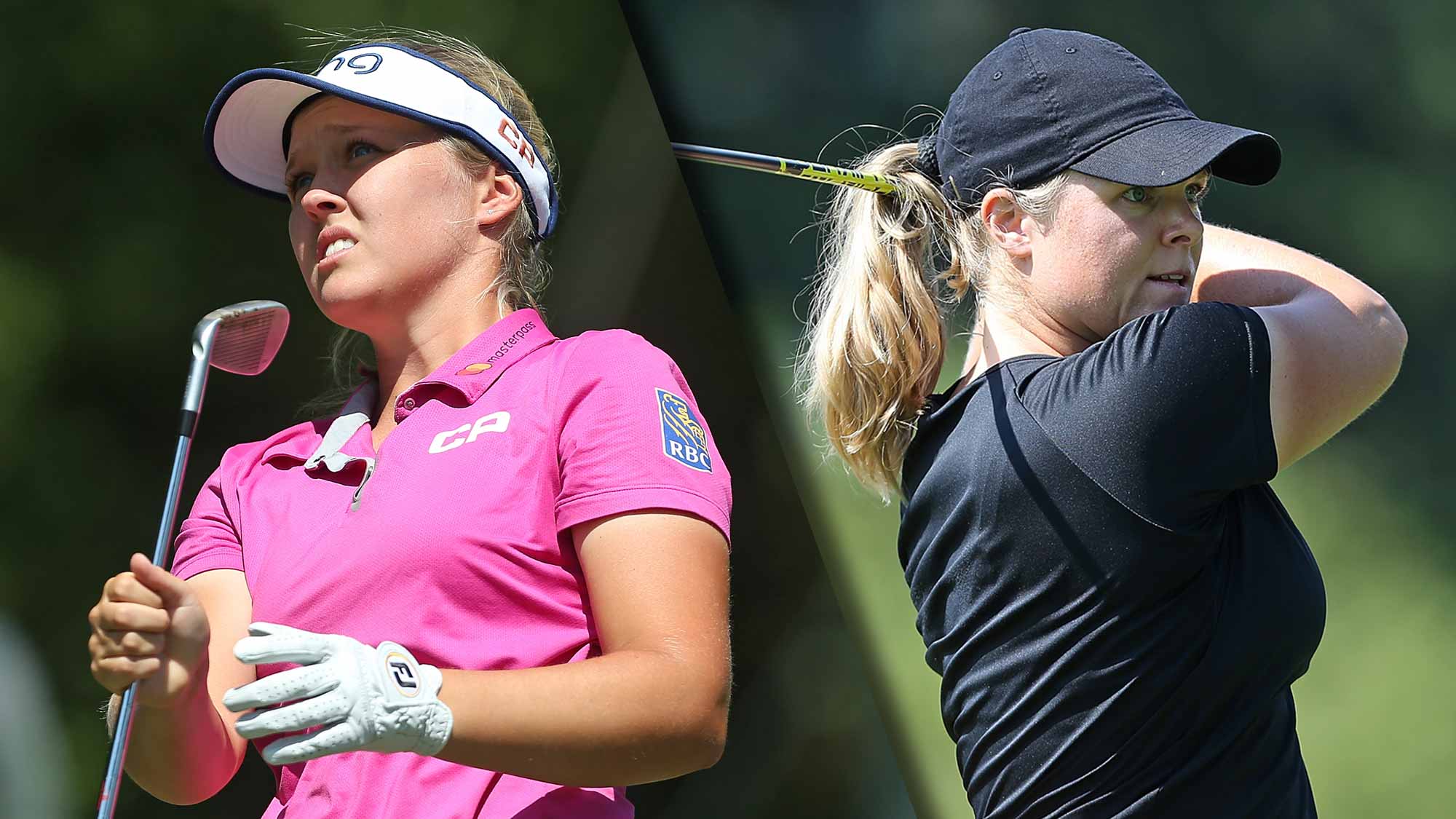 Friday, Brooke Henderson birdied the last two holes of the day to join Caroline Hedwall in a tie at the top heading into the weekend at the Marathon Classic presented by Owens Corning and O-I. The pair leads at 9-under par, one-stroke ahead of Thidapa Suwannapura at 8-under par and two-strokes ahead of a group at 7-under par that includes Emma Talley, In Gee Chun and Jacqui Concolino.

“To finish birdie-birdie was really important, and it's fun to see your name at the top,” Henderson said after her round. “I'm excited to be in the final group. I haven't been in one of those in a couple weeks and it's just a really fun feeling. It's a great golf course here, and just hopefully give myself a lot of great looks at birdie and hopefully make them.”

Henderson, who carded a bogey-free, 5-under par, 66 on Friday at Highland Meadows Golf Club, is in the hunt for her second win of the season and seventh career win on the LPGA Tour. Her co-leader, on the other hand, is looking to breakthrough for her first win on Tour and holds a share of the overnight lead for the first time in four years with opening rounds of 66-67.

"There's a ton of good players out here, so I probably have to post something like similar to the first two days," said Hedwall. "It's tough out there. A lot of players can shoot low scores. You just have to keep making birdies. That's what I'm going to try to do."

Friday, Suwannapura struggled to match the 10 birdies she picked up during Thursday’s round, settling instead for four birdies and two bogeys en route to a round of 2-under par, 69.

“Today, I didn't play my best,” Suwannapura said after her round. “I didn't hit it that close to the pin. There were not many birdies today like yesterday. I'm pretty happy I ended up a couple under par today.”

Talley and Concolino are in the hunt for a first career win on Tour, starting the weekend just two-back of the lead at 7-under par. Chun is part of that pack. She’s a two-time major champion but looking to return to the winner’s circle for the first time since 2016.

Several notables failed to make the cut at Even par, including Mariah Stackhouse (+1), Laura Diaz (+2), Morgan Pressel (+2), Gaby Lopez (+4) and Rachel Rohanna (+12), who made her first start on Tour since giving birth one month ago. 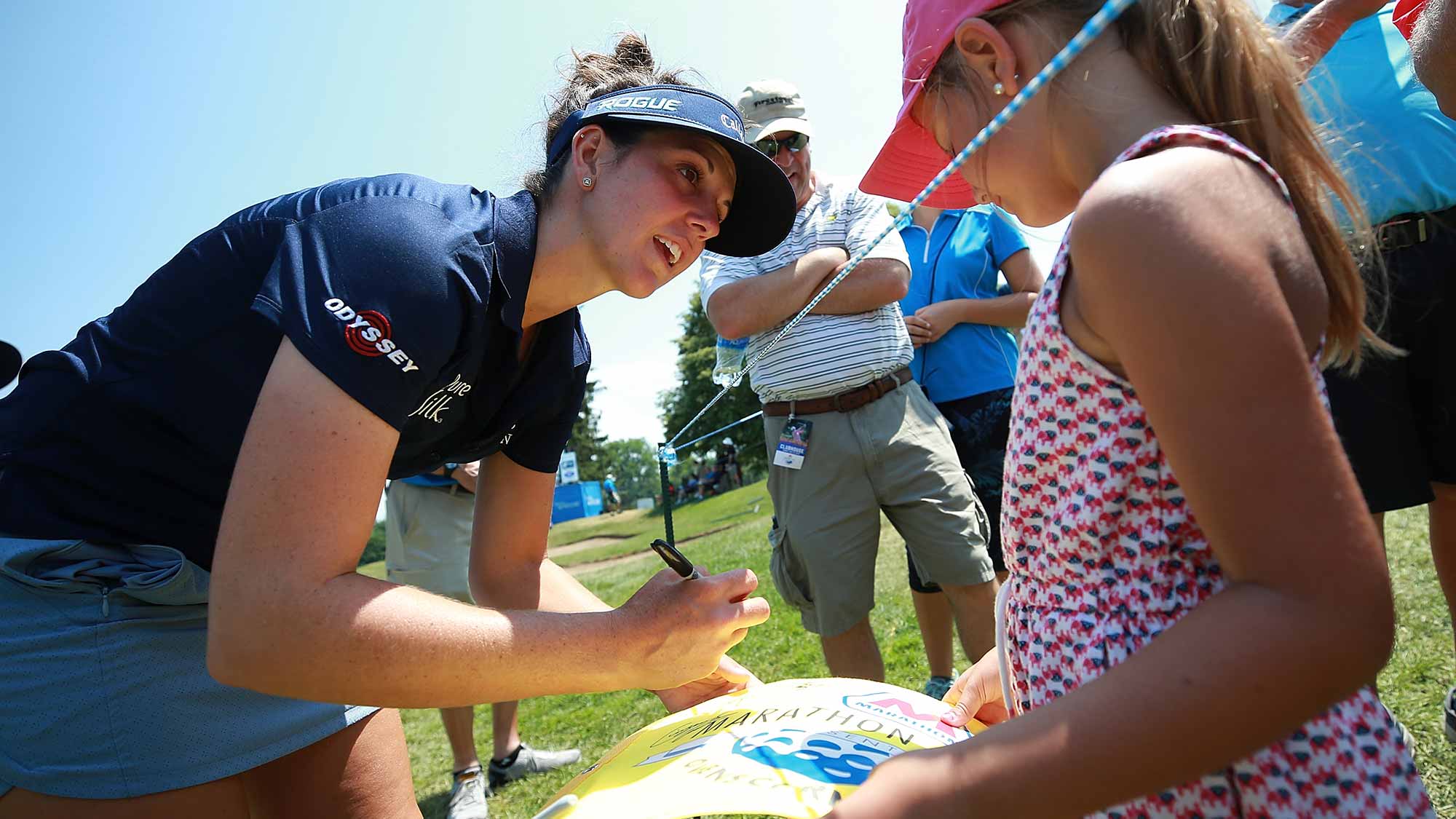 A Rookie in Name Only

As Emma Talley made her way around Highland Meadows Golf Club on Friday, she had a smile and a thank you for every volunteer she encountered.

“My mom taught me at a young age that golf is the least of our worries, so I try to thank everyone,” Talley explained.

It’s as though she’s known everyone for years. She has a personality that, over the last two weeks on Tour, has evoked comparisons to Nancy Lopez. And while she may be playing her first official season as a member of the LPGA Tour, it feels like the rookie has been around for years.

That’s because she has.

Talley was a decorated amateur, who won both the U.S. Women’s Amateur and NCAA Individual Championship and was a four-time All-American at the University of Alabama. She competed in nearly a dozen LPGA Tour events before becoming a member, including major championships, where she took home low amateur honors at the Ricoh Women’s British Open in 2014. Her success as an amateur, combined with a year and a half stint on the Epson Tour where she won in 2017, equipped the rookie with comfort and confidence to play on the biggest stage in the women’s game.

“I was able to play 11 or 12 events as an amateur on the LPGA, and obviously that helps my confidence, and I'm not as star struck when I got out here,” said Talley. “And then Epson was just a great opportunity for me to learn how to play week to week”

Midway through her rookie season, Talley is hitting her stride. She picked up her third top 10 finish of the year and best career finish with a T3 finish last week at the Thornberry Creek LPGA Classic. She’s continued that momentum this week in Ohio, where she opened with rounds of 67-68 to put herself in the hunt for her first win on Tour.

“Last week was a great opportunity, and this week is, too. You've just got to take those opportunities and kind of run with them.,” Talley said. “I was really patient last week, and even today if I wouldn't have been patient it wouldn't have worked out for me.”

No matter how it works out this weekend, Talley will have a smile and a thank you for everyone at Highland Meadows. 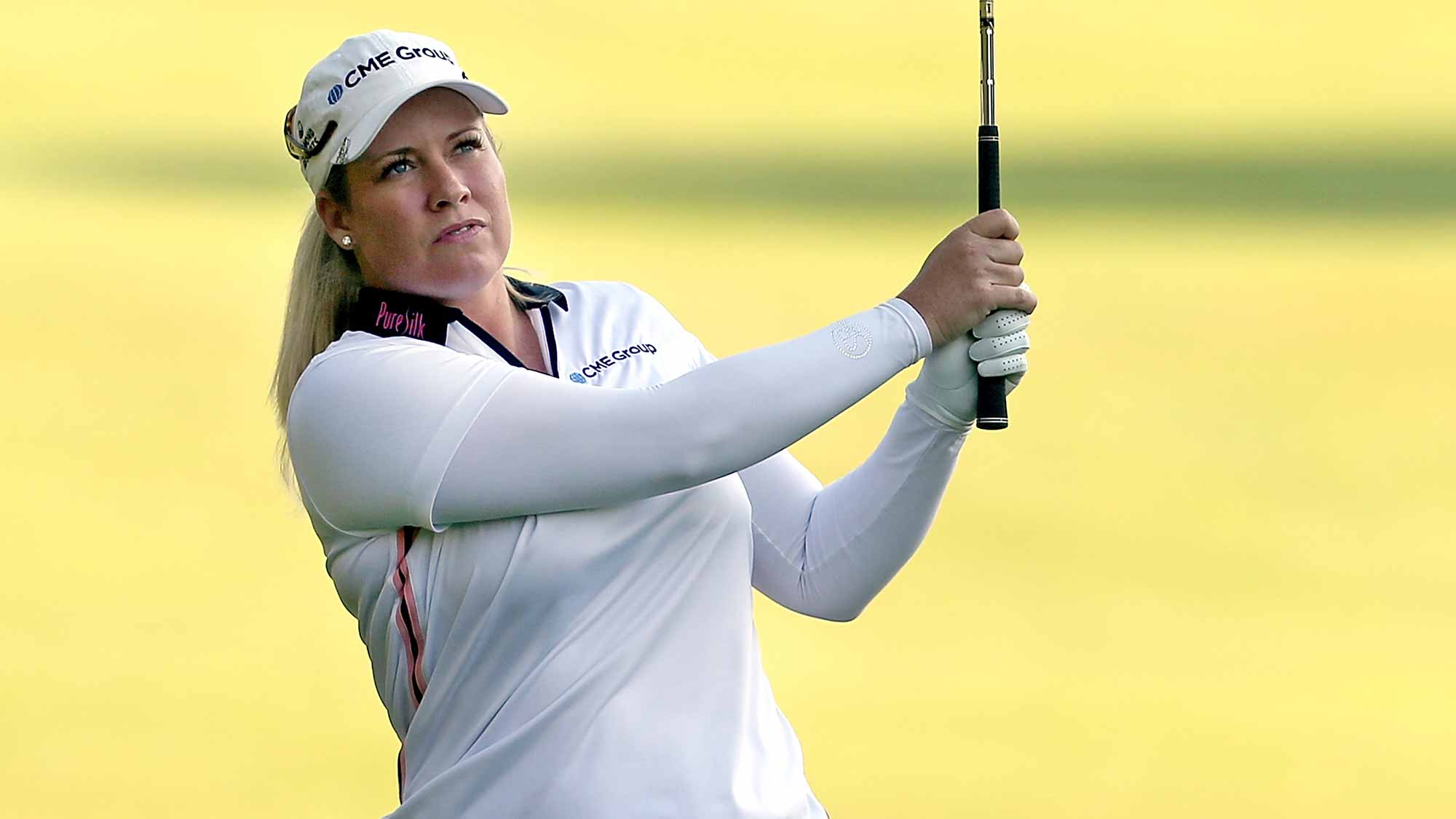 Lincicome Tuning Up For Lexington

But not about this week. This week, Lincicome is feeling good. The two-time major champion set a goal to open with back-to-back rounds of 68 and she hit her target. She’s currently 6-under par, three-back of the lead heading into the weekend at the Marathon Classic.

“Everything really,” Lincicome said when asked about what aspects of her game are thriving this week. “Driving it in play, hitting it fairly close, making a few putts here and there. Made a few putts to save par actually, which kept the momentum going, which was nice.”

Lincicome, who began her day on the back nine, made a birdie at her first hole of the day and added four more over the next eight holes, but was disappointed with her inward stretch.

“I started out so hot on the front nine, and then to kind of clam up a little bit and not make any birdies on the back and one bogey is kind of disappointing,” Lincicome said. “But under par on this golf course is really good for me because I don't get to hit a lot of drivers, and it's sneaky tight, so I'm pretty happy with that.”

Next week, Lincicome will be happy to bring her all-around game to Lexington where she will make her PGA Tour debut at the Barbasol Championship. She received a sponsor invite to compete and, since her participation was made public in May at the U.S. Women’s Open, has been feeling anxious.

“Super, super nervous, but really looking forward to the opportunity,” Lincicome said Friday about competing with the men. “I'm playing well this week. I don't think I hit very many drivers unfortunately to kind of get ready for next week, but that's my favorite club in the bag, so I think I'll be all right.”

Lincicome who earned the nickname “Bam Bam” is annually one of the longest hitters on the LPGA Tour. She’s currently ranked sixth on Tour in driving distance at 271.46.