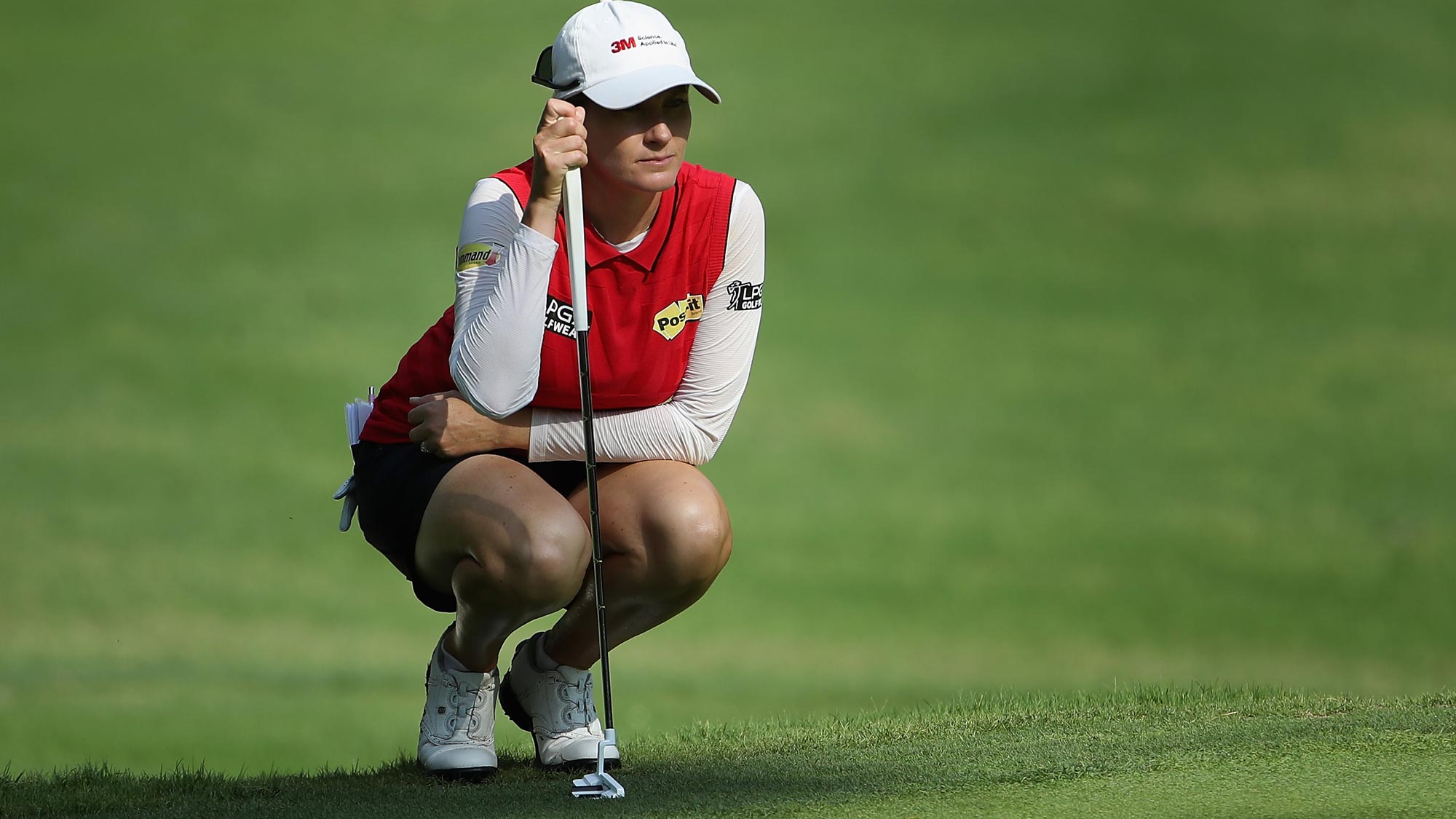 For the second consecutive morning, Sarah Jane Smith warmed up on the range at Shoal Creek next to fellow Aussie and long-time friend, Mardi Lunn, who caddies for Xiyu Lin. Lunn shared stories about travel troubles and life back home in Oz, which kept Smith loose and having fun. Smith’s long-time instructor, Sean Foley, has long preached to his pupil, she needs to have more fun on the course. Smith admits to taking things a little too seriously. She brought that lighthearted attitude to the course during the first two days of the U.S. Women’s Open conducted by the USGA, where the only thing that remains serious are her chances of winning for the first time on Tour.

Friday, Smith fired her second consecutive round of 67 to extend her lead to as many as six strokes. She currently holds a four-stroke lead in the weather-delayed second round, ahead of Su Oh, who carded a 68 on Friday to move to 6-under par. Ariya Jutanugarn, who shared the first round lead with Smith, also sits at 6-under par thru eight holes.

“It was like ‘oh, wow,’” Smith said reacting to her round on Friday. “It was weird. It just felt really easy. It was strange the front nine. I was holing a lot of putts.”

Smith finished well ahead of the rain and storms that shortened play on Friday. It made for a relaxing afternoon for the Aussie who planned to hit a few putts, grab dinner with some friends and call it an early evening. Smith will need all the rest she can get as she’ll spend the weekend trying to chase down her first win in her 223rd start on the LPGA Tour. 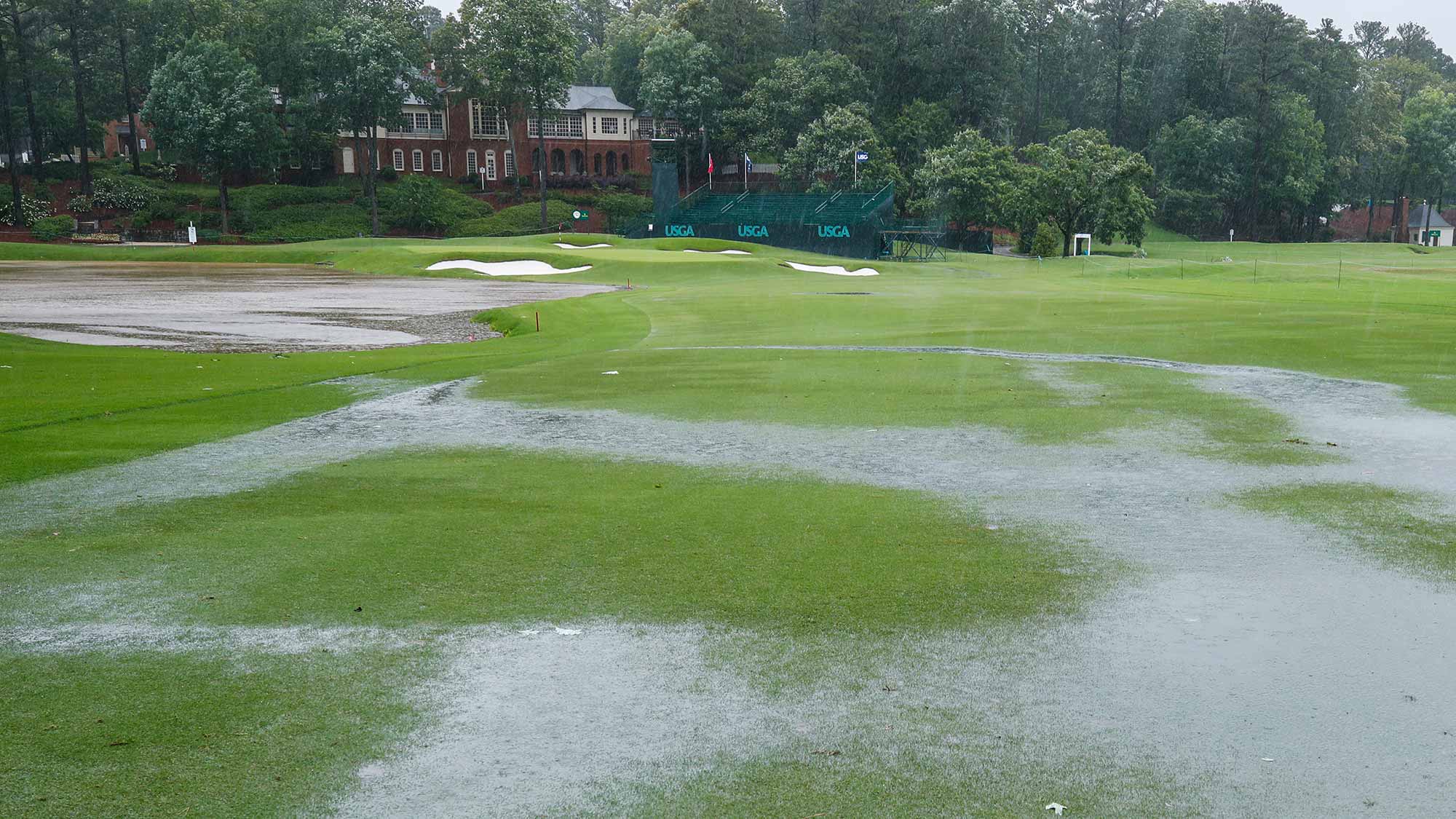 Second Round To Resume Saturday Morning

For the fourth day this week, rain poured down on Shoal Creek. Severe weather that moved through the area forced the suspension of play during the second round on Friday. The horn blew at 2:27 p.m. CDT to alert players to the approaching storms. Play resumed at 6:15 p.m. CDT but was ultimately suspended for the day at 7:20 p.m. due to dangerous weather in the area.

The second round will resume Saturday morning at 6:45 a.m. CDT and once it is complete, the 36-hole cut will be made. The projected cut is currently at 4-over par. Defending champion Sung Hyun Park finished well outside the cut line at 9-over par with rounds of 76-77. 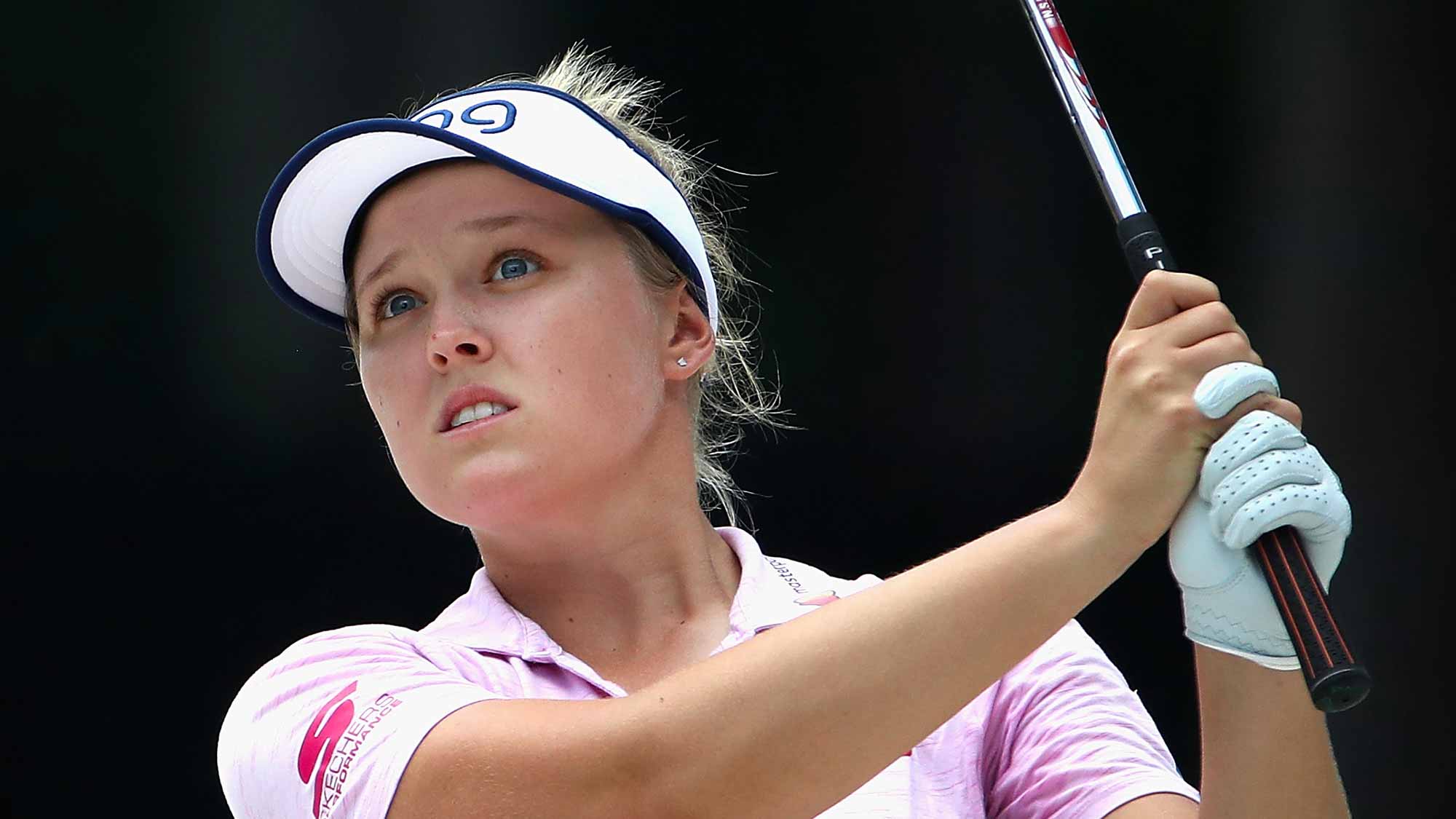 Henderson Withdraws From U.S. Women’s Open Due to Personal Reasons

Brooke Henderson withdrew from the U.S. Women’s Open prior to the start of the second round. Henderson, who posted a one-over par, 73 on Thursday, cited personal reasons and returned home to Ottawa to be with her family. The Ottawa Sun’s Chris Stevenson reports that Brooke’s father, Dave, confirmed via text message that she returned home to Smiths Falls due to an illness in the family. Click here for the story. 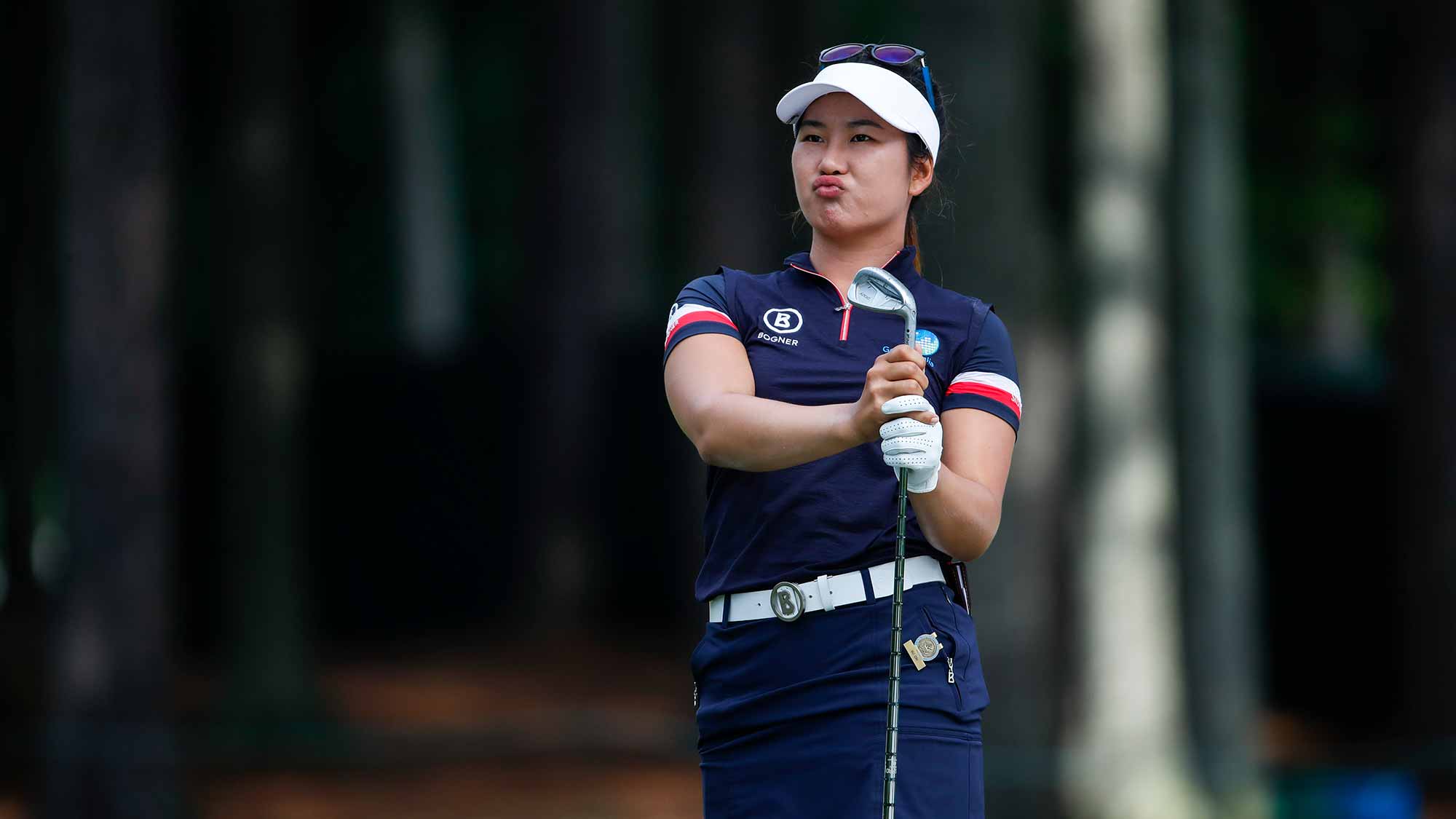 Oh Not So Comfortable

Friday was a day of firsts for Su Oh. Her second round 4-under par, 68 is her lowest at the U.S. Women’s Open, where she’s only once made the cut in her three prior starts. She's also in contention in a major championship for the first time in her career. Her best major finish came in 2016 at the KPMG Women’s PGA Championship when she finished T8. That event was staged at Sahalee Country Club, a heavily tree-lined course that is quite similar to this week’s venue, Shoal Creek.

“I don’t feel comfortable,” Oh said after her round. “Maybe we’ll have more crowd tomorrow and maybe the atmosphere will be a bit different, but it’s just part of it.”

The Aussie posted one of the few low rounds of the morning, which cut leader Sarah Jane Smith’s lead to four. Oh will be one of Smith’s few close competitors heading into the weekend, currently T2 at 6-under par.

“We were looking at the leaderboard saying Sarah is very greedy, just taking all the birdies,” Oh joked after her round. “The course is soft, so if you can get access to the pins and trust that you have good numbers, you can go low.”

Oh has been on an upward trend in recent weeks and is coming off her best finish of the year after picking up a T4 finish last week at the LPGA Volvik Championship.