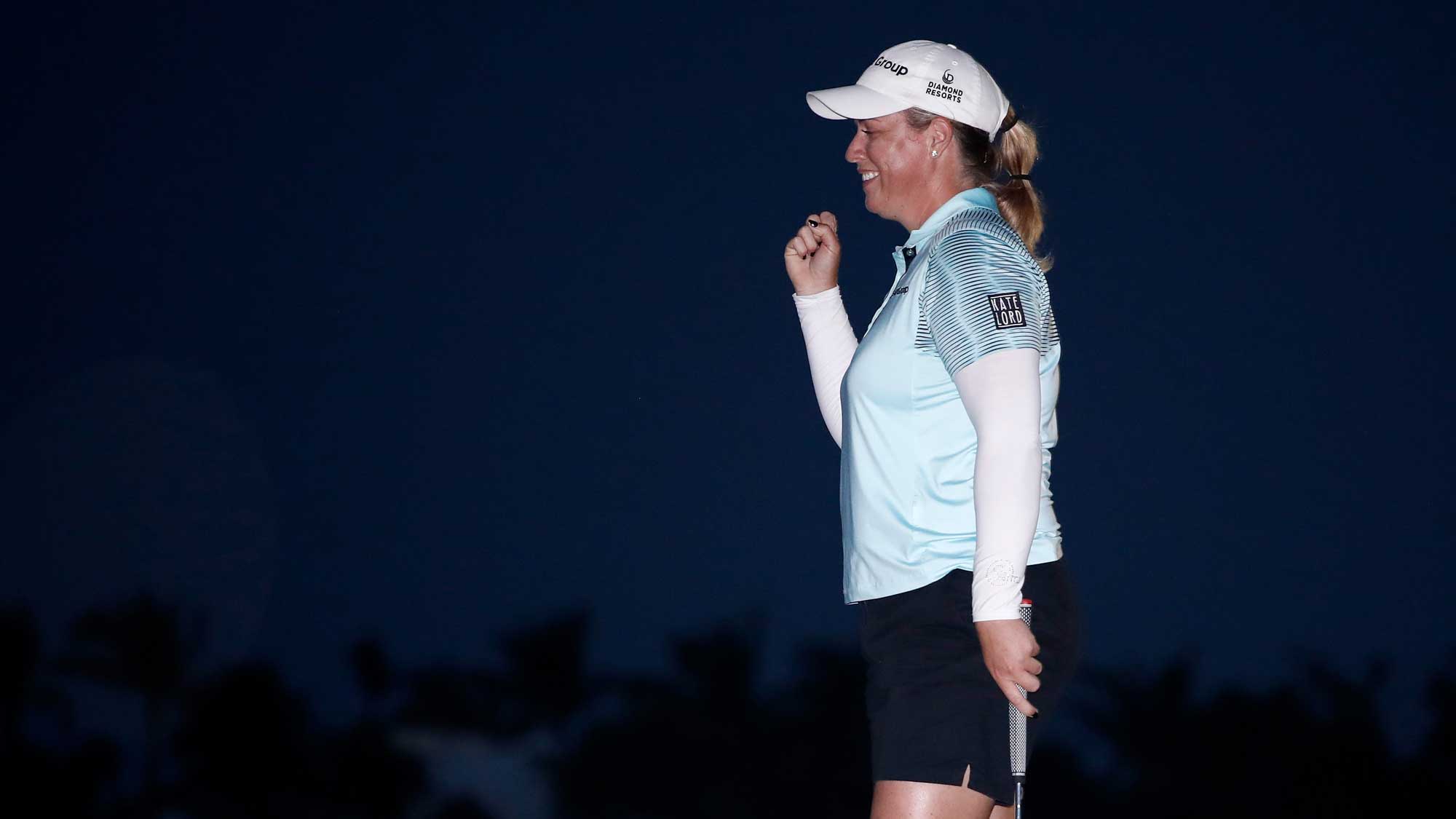 Two-thirds of the 2018 LPGA Tour season is complete with 22 tournaments played in seven countries. The average age of LPGA winners in 2018 is 24.5 years with 16 events won by a player aged 25 years or younger.

The season opened with Brittany Lincicome successfully defending her title at the Pure Silk-Bahamas LPGA Classic to become the fourth player in the last four years to achieve that goal. Lincicome joined Anna Nordqvist with wins in New Jersey (2015-16), Brooke Henderson in Oregon (2015-16) and Shanshan Feng in Japan (2016-17).

From there, the tour traveled overseas to witness a historic win by rookie Jin Young Ko at the ISPS Handa Women’s Australian Open. Ko became the first player in 67 years to win in her first start as a member tying Beverly Hanson (1951 Eastern Open).

The trend of Rolex first-time winners continued as Pernilla Lindberg made a 30-foot birdie putt on the eighth playoff hole against 19-time winner Inbee Park to capture her first career win and major championship at the ANA Inspiration. Lindberg never trailed and made one clutch putt after another to earn her first career victory on the LPGA Tour.

Two events later in sunny California, Moriya Jutanugarn closed out her first win at the inaugural HUGEL-JTBC LA Open holding off none other than Park and Ko. Moriya and Ariya became the second set of sisters to win on Tour in addition to Annika and Charlotta Sorenstam.

On May 21st, Moriya reached No. 10 in the Rolex Rankings. With her sister Ariya at No. 5, the Jutanugarns became the first pair of sisters ranked within the top 10 since the inception of the Rolex Rankings 12 years ago.

But, no one has been more consistent or dominant to this point in the season than Ariya Jutanugarn.

Her stat card reads 12 top-10 finishes in 20 starts. She’s won both from behind, when leading entering the final round and in playoffs.

Ariya has finished in the top 4 at three of the four majors played this year, including her impressive U.S. Women’s Open victory.

She leads the money list by more than $1 million over So Yeon Ryu, while being at the top of nearly every statistical category.

Her statistical numbers lack only in driving accuracy at 68 percent of fairways hit. Mo Martin leads with 85 percent and has been solid in this category for several years.

Yani Tseng leads in distance off the tee with an average of 276 yards per drive. From 2016 to today, Tseng’s average has improved by roughly 16 yards a drive. Ariya ranks 12th, eight yards off the leader.

Ariya’s solid performance has kept her ranked within the top 10 in the Rolex rankings for more than two years, including a return to world No. 1. 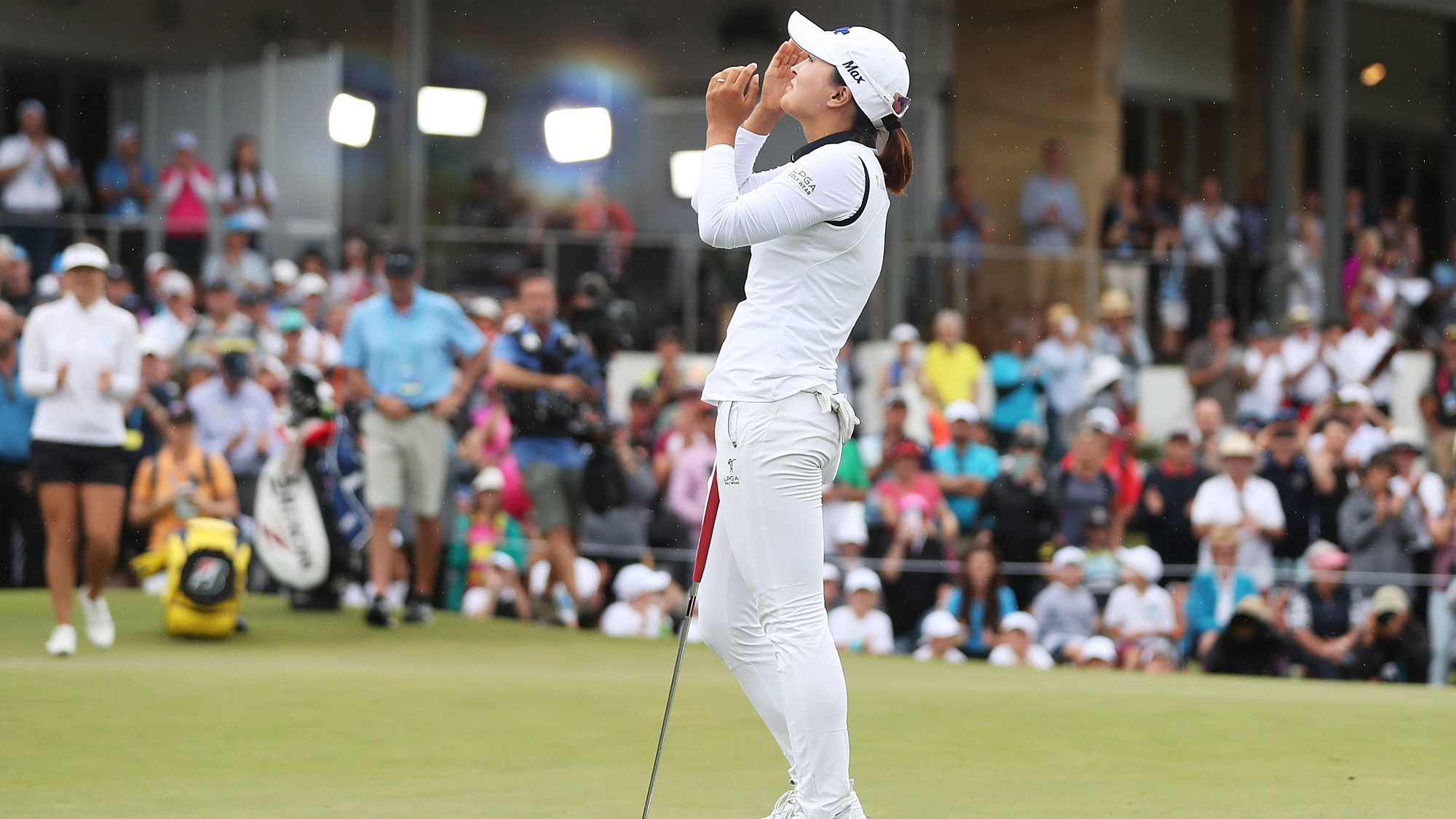 For the Louise Suggs Rolex Rookie of the Year, Jin Young Ko holds a 313-point lead over Georgia Hall. She’s led since her first start in February. Ko has nine top-10 finishes and only one missed cut. She leads in greens in regulation hit with 78 percent and is second in fairways hit and ball striking. This award has been won by a Korean player the last three years.

There are 10 official tournaments and the UL International Crown remaining. These events will provide players an opportunity to build upon the season and continue the path towards winning and maybe winning again, be that in titles, awards or stats.