Last week, the famous island green at the par 3, 17th hole at TPC Sawgrass once again delivered on the drama at THE PLAYERS Championship. Monday, there was another island green that was testing players which created a lot less pressure and a lot more fun.

Monday morning, major champion Danielle Kang took aim at the Chicago River, where a small green floated 86 yards out from River Point Park in downtown Chicago.  Kang hit the green in her first attempt. The winner of the 2017 KPMG Women’s PGA Championship was in the Windy City for the media day ahead of her title defense at nearby Kemper Lakes Golf Club.

But she wasn’t the only one taking aim at the floating green. Kang was joined by former Chicago Bull Toni Kukoc, who joined the competition and shared with the defending champion a few tips on playing Kemper Lakes. At the end of the competition, the PGA of America donated $1000 to both UNICEF and Chicago Bulls charities on behalf of the players. 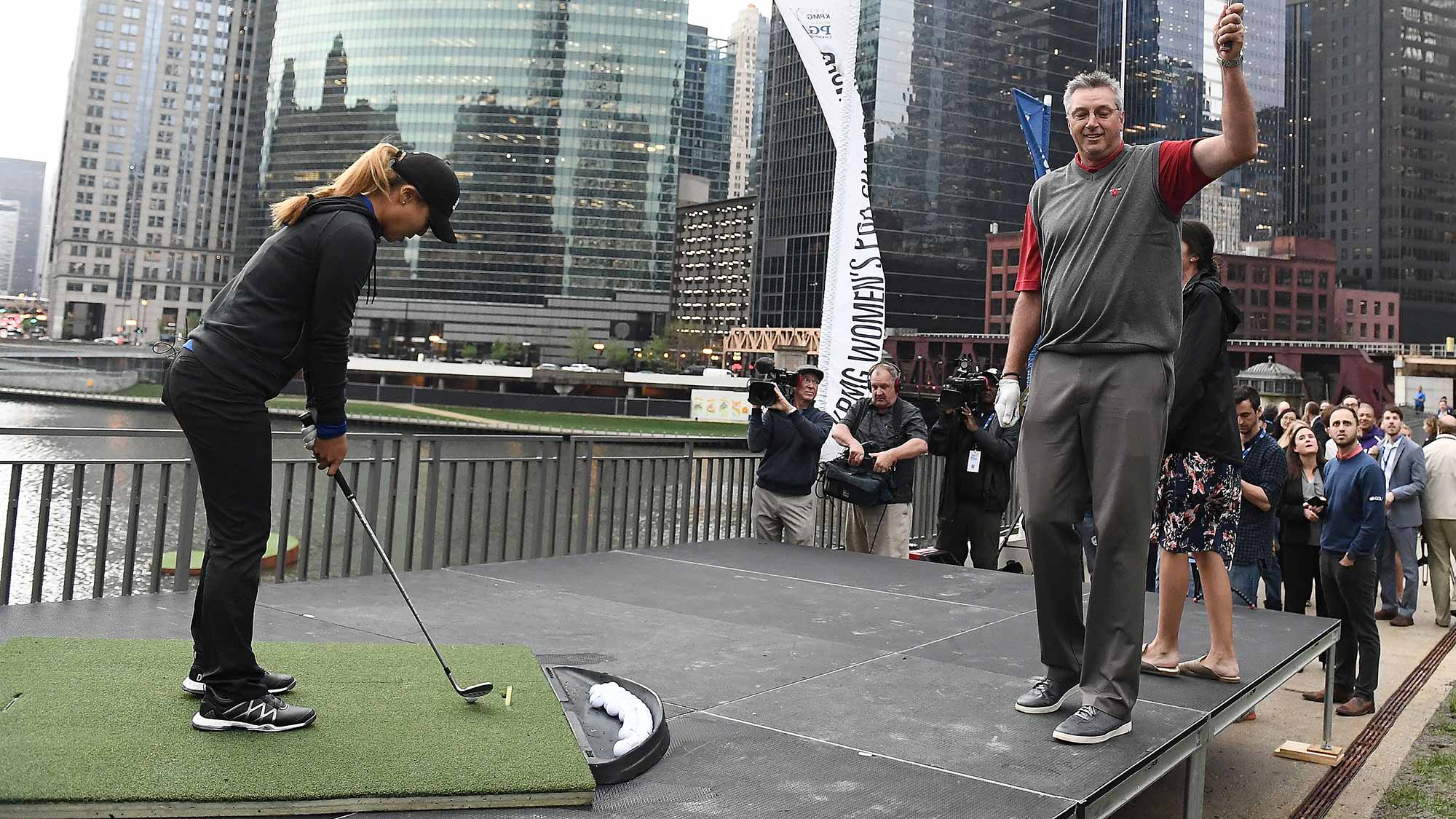 Kang also participated in a panel discussion along with the PGA of America’s Suzy Whaley, KPMG’s Lynne Doughtie and the LPGA’s Heather Daly Donofrio. The all-female discussion made for a perfect backdrop for another announcement Monday. The KPMG Women’s PGA Championship revealed the lineup of speakers for this year’s KPMG Women’s Leadership Summit, which includes former Secretary of State Condoleezza Rice, retired U.S. Navy admiral Michelle Howard and Olympic medalist Nancy Kerrigan. Click here for the complete list of speakers. 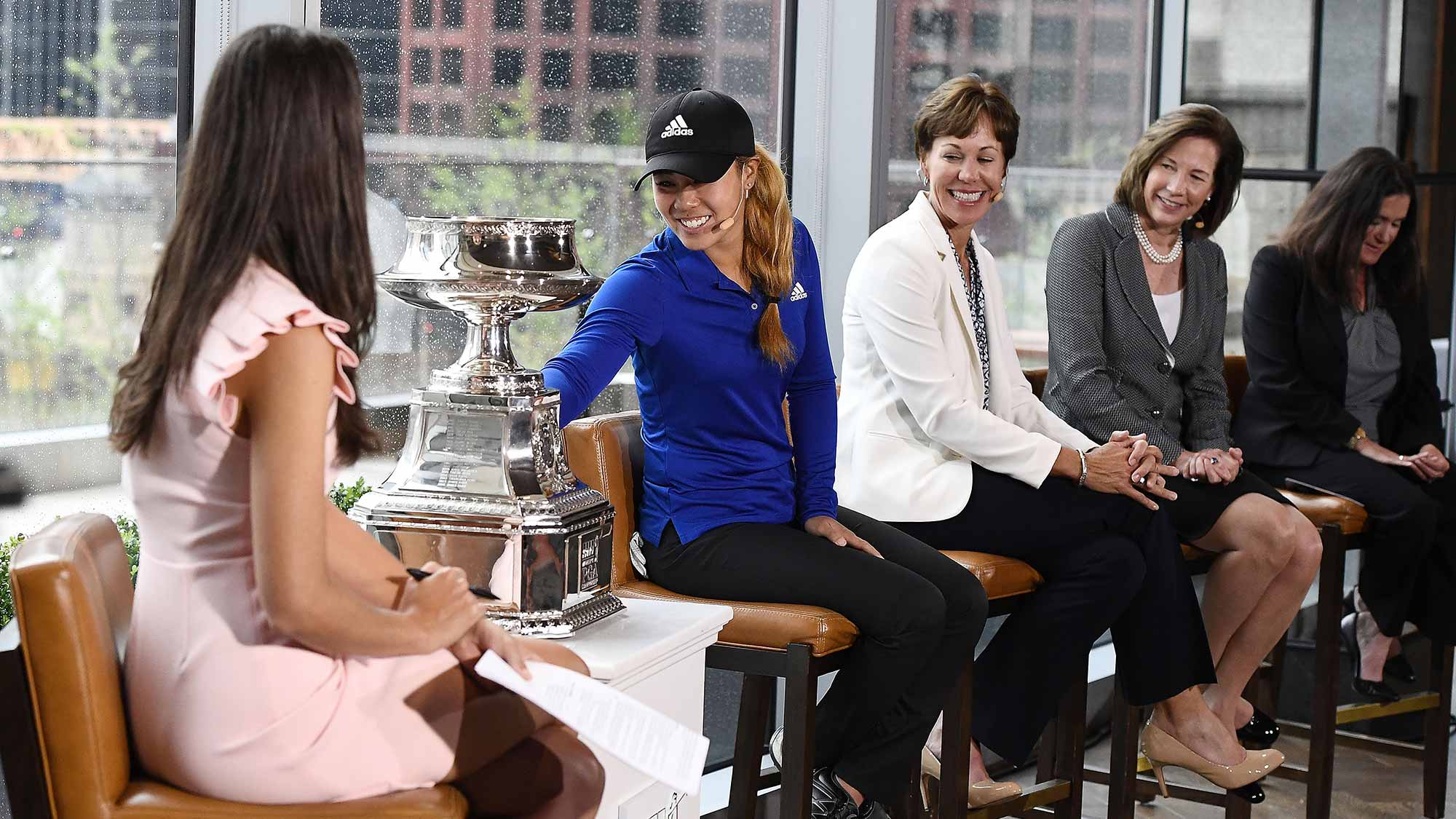