Featured Groups at the Marathon Classic Presented by Dana

Featured Groups at the Marathon Classic Presented by Dana

Thompson comes into Ohio off a two-week break, which followed one of the strongest stretches of play of her career. Her T2, win, T2 at the US Women’s Open, Shoprite LPGA Classic, and Meijer LPGA Classic is her best three tournament run in her career. It tops her 2017 run of 2nd place, T17 and win at the ANA Inspiration, VOA Texas Shootout, and Kingsmill Championship. Her T2 at the Meijer LPGA Classic featured the second lowest round of her career, a 62. She looks to regain that momentum off the break at a course where she’s found success, having finished outside the top 20 only once in five starts including a T3 finish in 2013 and a 2nd place finish in 2017.

So Yeon Ryu comes in after taking a week off and visits the Marathon Classic for the first time since 2015 playing some of her most consistent golf of the 2019 season. She had three consecutive top 10s at the U.S. Women’s Open, the Meijer LPGA Classic, and the KPMG Women’s PGA Championship. It’s the first time Ryu has recorded three straight top 10 finishes since her run of 11 tournaments in a row in the top 10 from the end of the 2016 season through the middle of the 2017 season, which included her victory at the ANA Inspiration. Ryu’s been very consistent in her time at the Marathon Classic, with a victory in 2012 along with a 2nd place finish in 2014. Ryu hasn’t finished outside the top 15 at Highland Meadows Golf Club in her four appearances.

Mariajo Uribe makes her eighth career appearance at the Marathon Classic, with her best career finish in 2014 in a T18. She was in 4thplace after her opening round 67, the lowest of her career at Highland Meadows Golf Club. Uribe looks to right the ship of her recent play at a course where she’s found success, having made one of the previous five cuts. 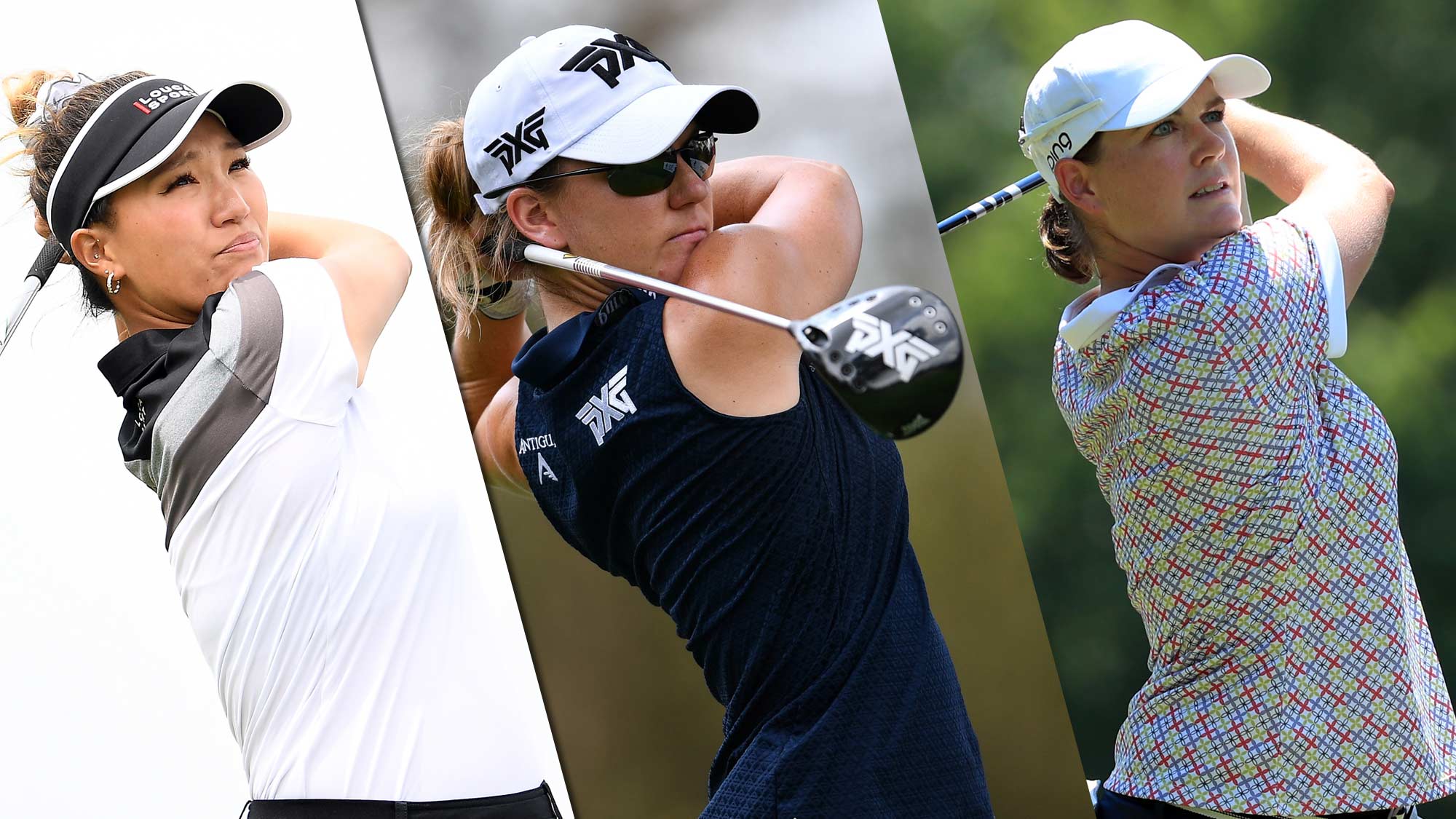 Keep your eyes peeled with the Solheim Cup Watch Group. All three players are on the cusp of making their respective Solheim Cup teams by Rolex Women’s World Golf Rankings.

Annie Park is the one of the three not currently sitting in a spot, trailing Austin Ernst by one spot in the Rolex Women’s World Golf Rankings, which is her current best avenue to a spot on the US Solheim Cup Team. Park’s rattled off three straight finishes in the top 30, with her best a T7 at the Meijer LPGA Classic, to move from 47th to 40th in the world over that timeframe. Park has been as steady as can be at Highland Meadows Golf Club, carding T32 in 2016 and 2018, and T35 in 2017. She’s carded (-6) the last two years, each featuring a low round of 67.

Austin Ernst, sitting in 39th in the Rolex Rankings, is looking to fend off Park, coming into the Marathon Classic off a T35 finish last week at the Thornberry Creek LPGA Classic. The 2017 Solheim Cup veteran has teed it up at Highland Meadows Golf Club six times in her career, with her best finish coming last year in 4th place. She charged on Sunday with a 66, her lowest score she’s carded at the Marathon Classic.

Caroline Masson holds the final Rolex Rankings slot on Team Europe. She narrowly missed her fourth top 25 of the season at Thornberry Creek, finishing T26. It’s her third appearance at the Marathon Classic, with her best finish of T35 in 2015. Masson, in 56th place, looks to hold off her two closest European compatriots in Celine Boutier who is in 71st place and Pernilla Lindberg who is in 74th place. Neither Boutier nor Lindberg is in the field this week. 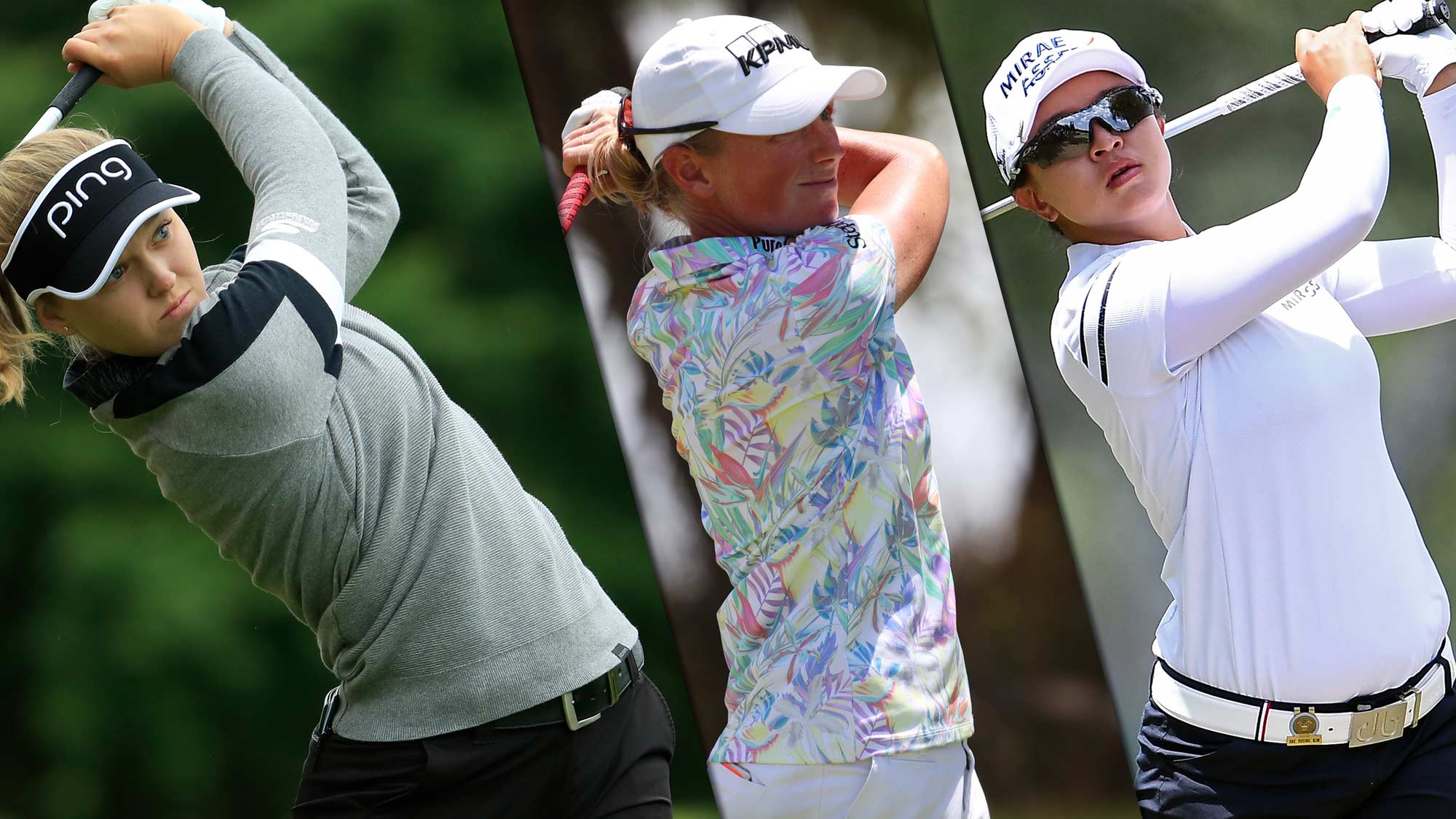 Brooke Henderson returns after taking the Thornberry Creek LPGA Classic off for her fourth career start at the Marathon Classic. Henderson finished in third place at the Marathon Classic last year, one stroke off Suwannapura and Lincicome’s playoff. Henderson is in 4th place in the Vare Trophy Race, averaging 69.67. She beat the score in all four rounds she played here last year, carding a pair of 69s, a 67 and a 66 in her (-13) effort. Henderson’s break is her first week off since her victory at the Meijer LPGA Classic in early June.

Stacy Lewis comes in off a week reprieve to the home of her final start before taking maternity leave last season, as Ron Sirak detailed on LPGA.com. She finished T38 off a final round 66. It’s Lewis’s 13th career start at Highland Meadows Golf Club, with her best finish coming in 2016 when she finished in 5th place.

Sei Young Kim makes her third career appearance to Highland Meadows Golf Club. She finished her performance last year with a final round 68, her lowest round at the Marathon Classic. Since Kim’s second place and victory in California in May. The eight-time career winner took a month off after the victory, with her best result since a T16 finish at the U.S. Women’s Open. 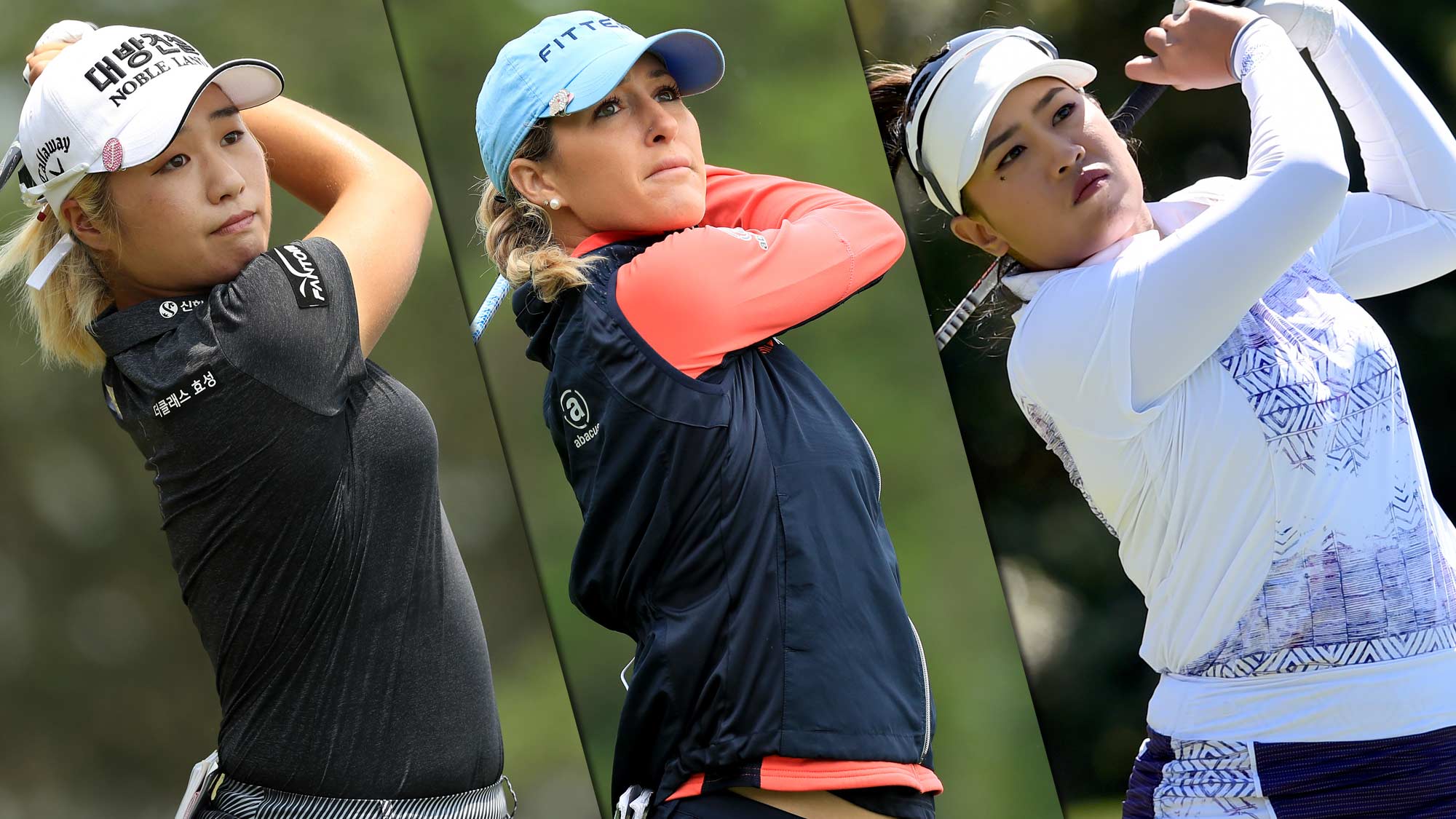 The leader of the Louise Suggs Rolex Rookie of the Year race is making her first appearance at Marathon off the first missed cut of her rookie season. It’s her third missed cut on any tour since the end of 2016. Her previous two missed cuts were at the 2018 KPMG Women’s PGA Championship, and the 2016 OK Savings Bank Se Ri Pak Invitational. The Rolex Annika Major Award leader has shown a strong ability to bounce back. In her follow up events, while both on the KLPGA, she went on to finish in 17th place and 7th place in 2018 and 2016, respectively.

Jaye Marie Green, a fellow contender to Lee6 at the U.S. Women’s Open, is making her first start since the KPMG Women’s PGA Championship. Fresh off two weeks of rest, Green makes her sixth career start at Highland Meadow’s Golf Club. Green recorded her career best finishes in 2014 and 2015, shooting (-7) for T18 in both years. She shot her career low round in 2014 at the Marathon Classic, a third round 63. She also shot her lone career 64 at the Marathon Classic in 2017.

The defending champion rounds out the group, making her fifth appearance in Sylvania, Ohio. Jasmine Suwanapurra fired a pair of 65s in the first and final rounds, the first and second time she had ever carded a 65 in her career. She comes into her title defense off matching her career low at Thornberry Creek of 64. Suwannapura looks to regain her form from March of this year, where she recorded two top 25 finishes included her 2019 season’s best of T7 at the Kia Classic, as she’s only made five of 11 cuts since her strong performance in Carlsbad.