Five Things to Know From Day One of the Solheim Cup

Five Things to Know From Day One of the Solheim Cup 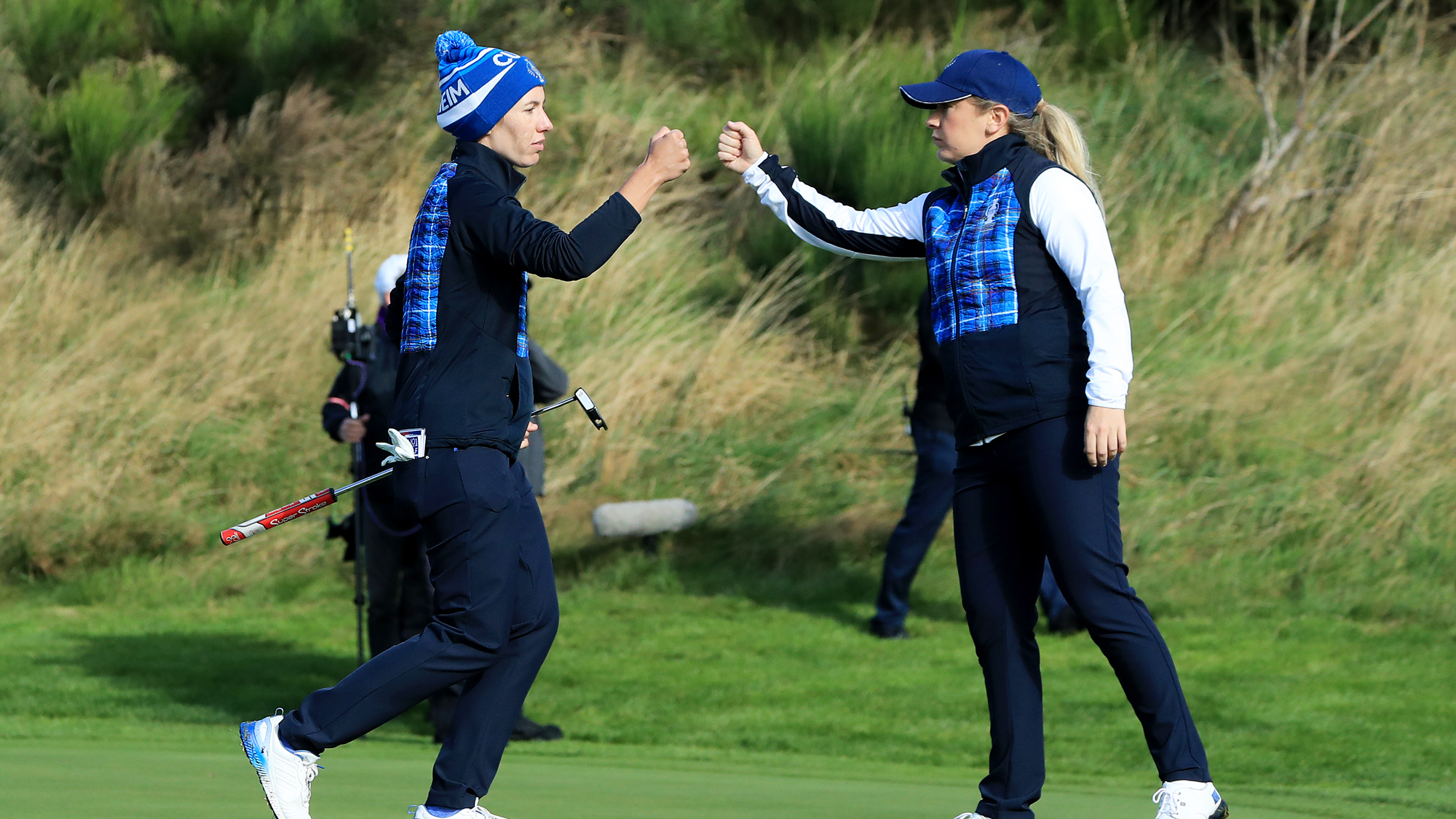 Where Things Stand Through Day One

Friday morning, Morgan Pressel hit the opening tee shot of the 2019 Solheim Cup to kick off the Americans’ quest for a third consecutive victory. Team USA’s Jessica and Nelly Korda made history as the first pair of sisters to play together in the Solheim Cup. They made the much-anticipated pairing worth the wait as they claimed the first point of the competition. They defeated Caroline Masson and Jodi Ewart Shadoff, 6 and 4, to earn the first point for the Americans. But it was Team Europe who led after the first session. Europe’s Georgia Hall and Celine Boutier won, 2 and 1, over Lexi Thompson and Brittany Altomare. Charley Hull and Azahara Munoz defeated the all-rookie pairing of Megan Khang and Annie Park, 2 and 1. Europe lead 2.5 to USA 1.5 after the morning foursomes.

During the afternoon four-ball matches, rookie Ally McDonald and Angel Yin teamed up and made history. The duo posted a commanding 7 and 5 victory over Solheim Cup veterans Anna Nordqvist and Caroline Hedwall to earn a critical point for Team USA. European veteran Suzann Pettersen and rookie Anne van Dam made a formidable pairing as they led their entire match with Danielle Kang and Lizette Salas, winning 4 and 2. But it was the final two matches of the afternoon that produced the most drama. Team USA’s Nelly Korda and Brittany Altomare battled back from 3 down with three holes to play to square their match with Charley Hull and Azahara Munoz. Jessica Korda and Lexi Thompson also made a critical birdie at the 18th hole, Thompson draining a 15-footer to halve their match with Carlota Ciganda and Bronte Law. The afternoon four-ball results were Europe 2, USA 2. 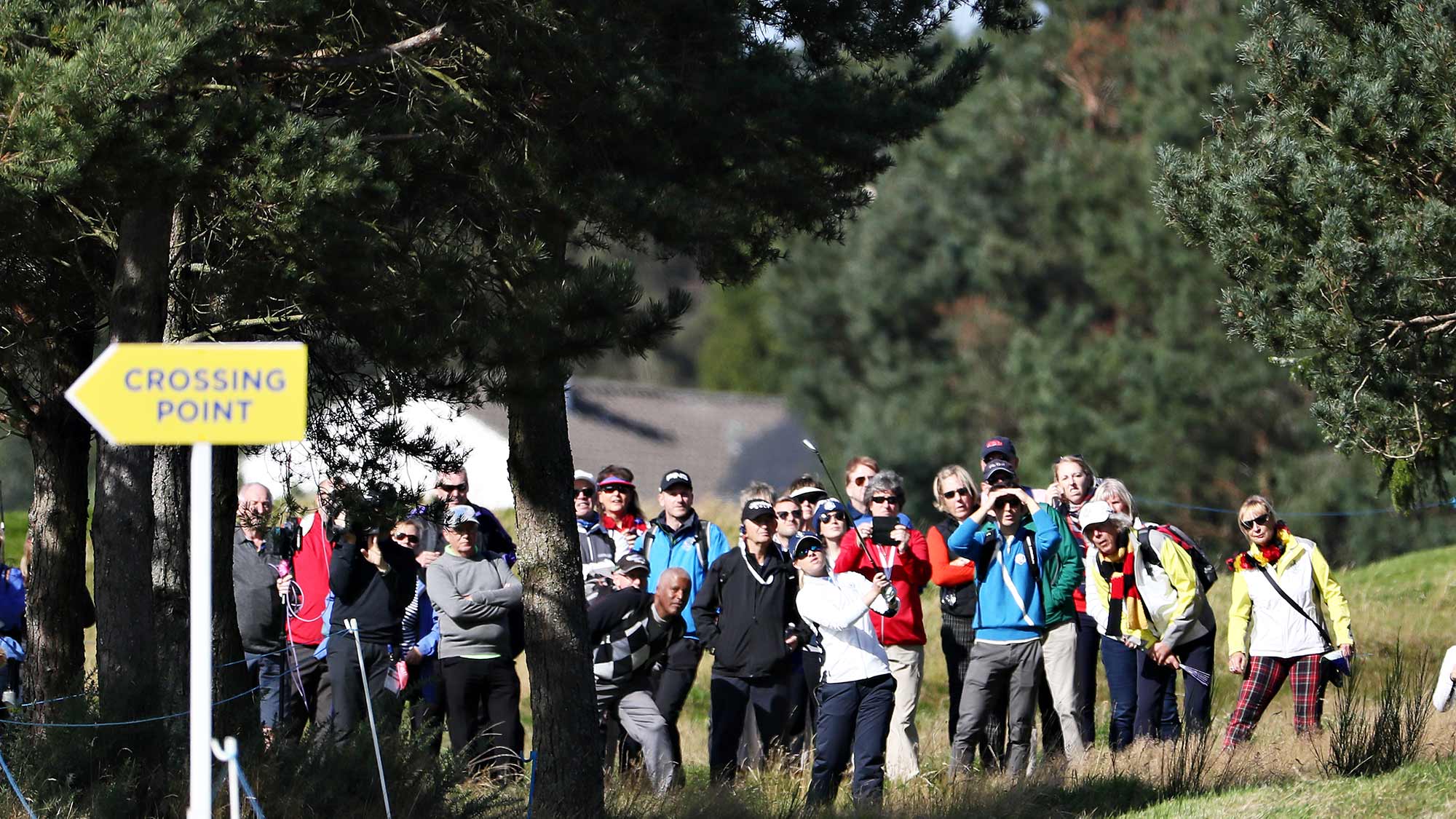 Where to Watch Saturday’s Matches 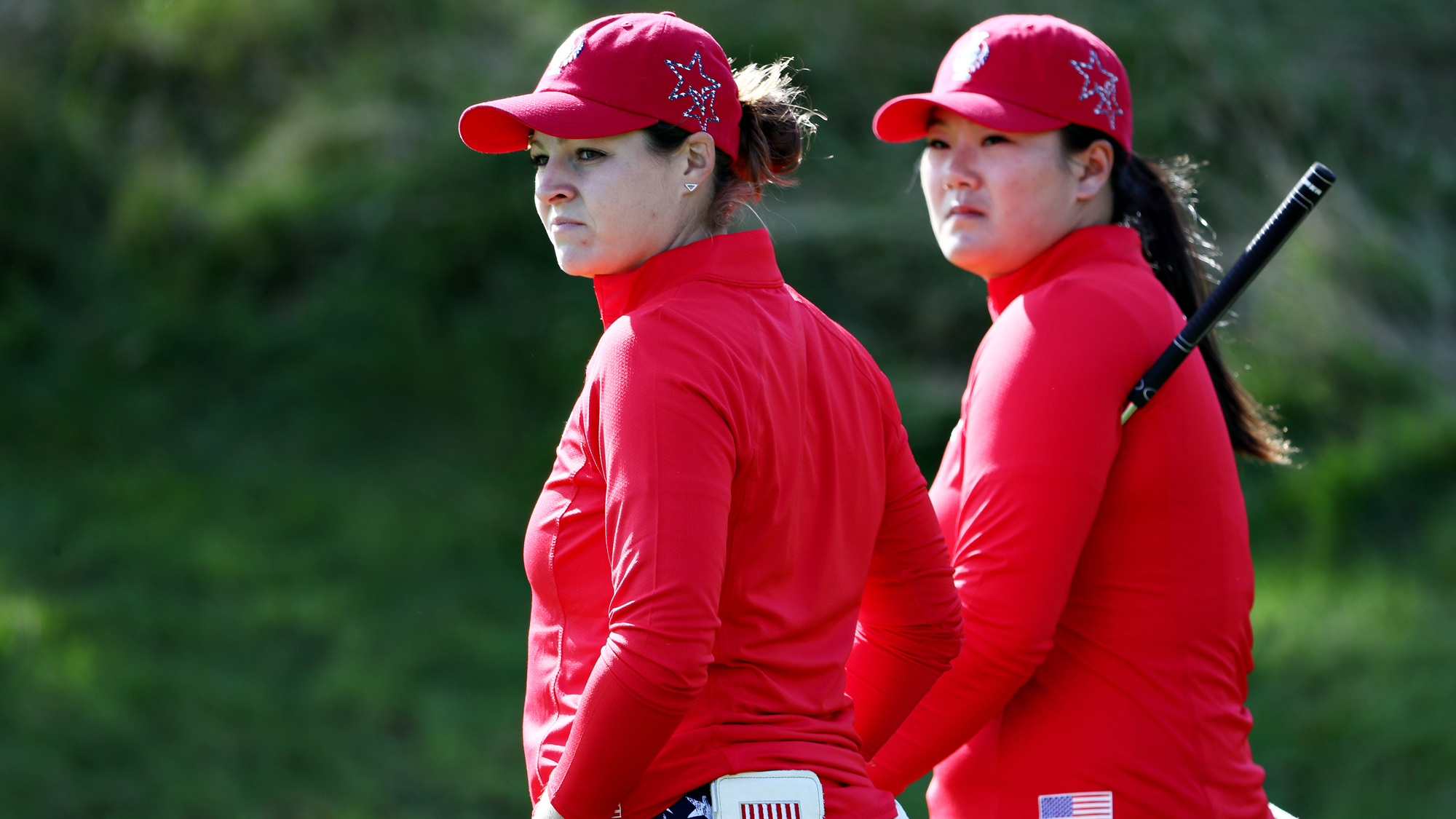 Highlight of the Day

Rookie Ally McDonald and Angel Yin defeated European Solheim Cup veterans Anna Nordqvist and Caroline Hedwall 7 and 5. Their score matches the record for the largest margin of victory in a four-ball match, set by Pat Hurst and Rosie Jones in 1998. 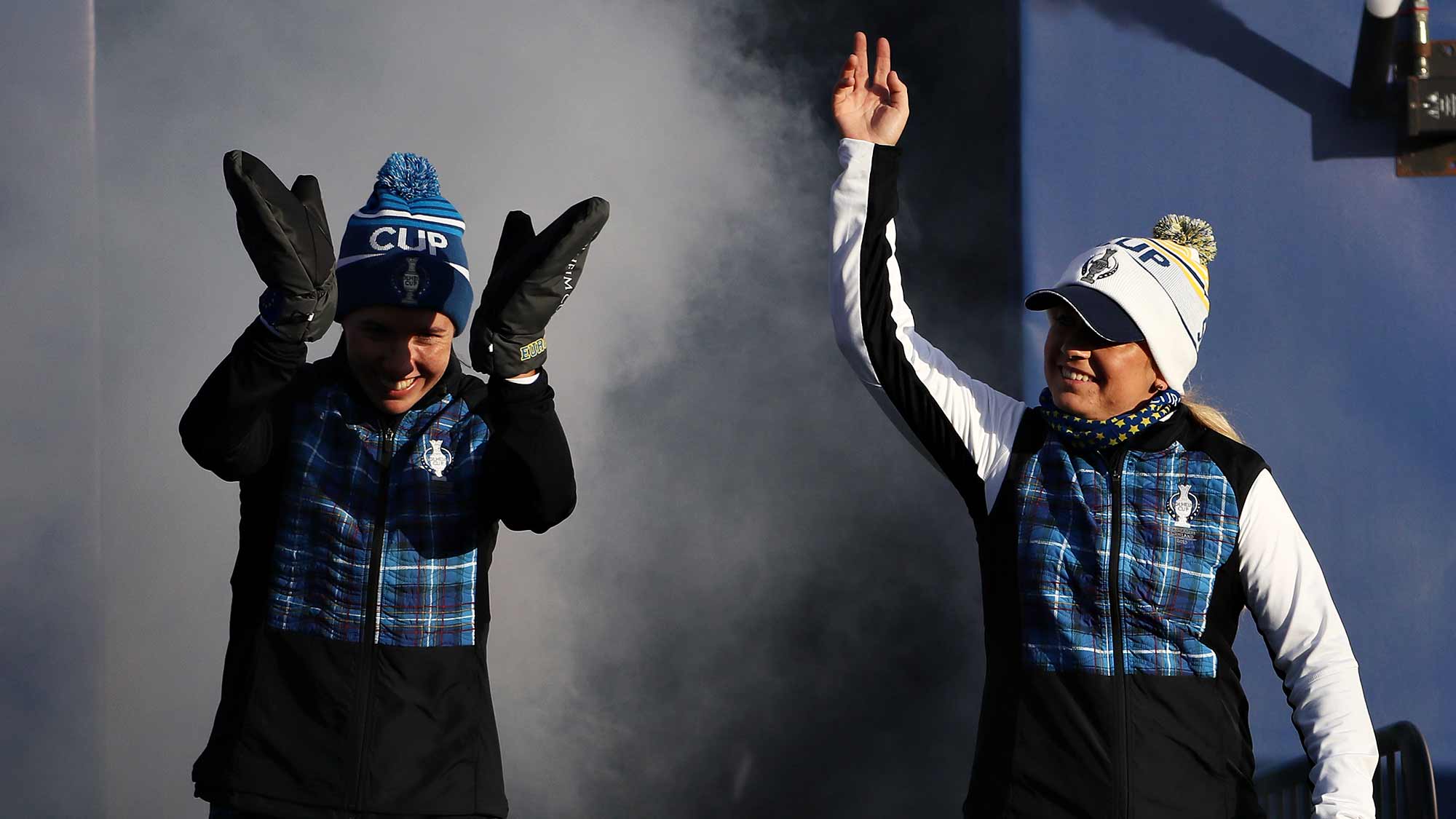