Who Qualified For the LPGA Player of the Decade Bracket?

Who Qualified For the LPGA Player of the Decade Bracket? 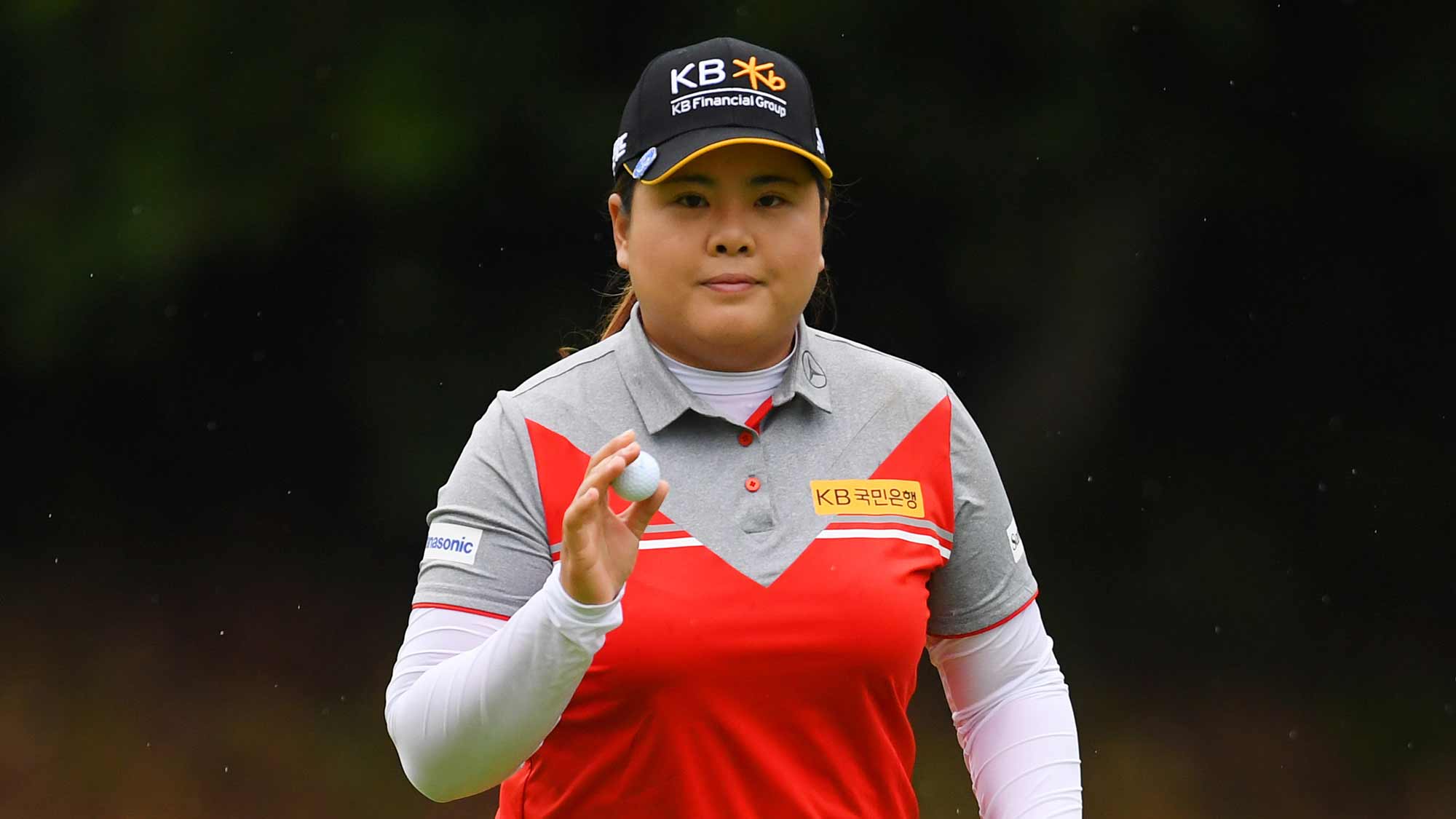 The most recent and youngest player ever inducted into the LPGA Tour Hall of Fame, Park tallied 18 of her 19 career wins and six of her seven major-championship titles between the first shots of 2010 and the last of 2019. Park spent 106 weeks atop the Rolex Rankings, won three major championships in a row in 2013, and captured the gold medal in the 2016 Olympic Games in Rio following a nearly two-month layoff due to a left thumb injury. 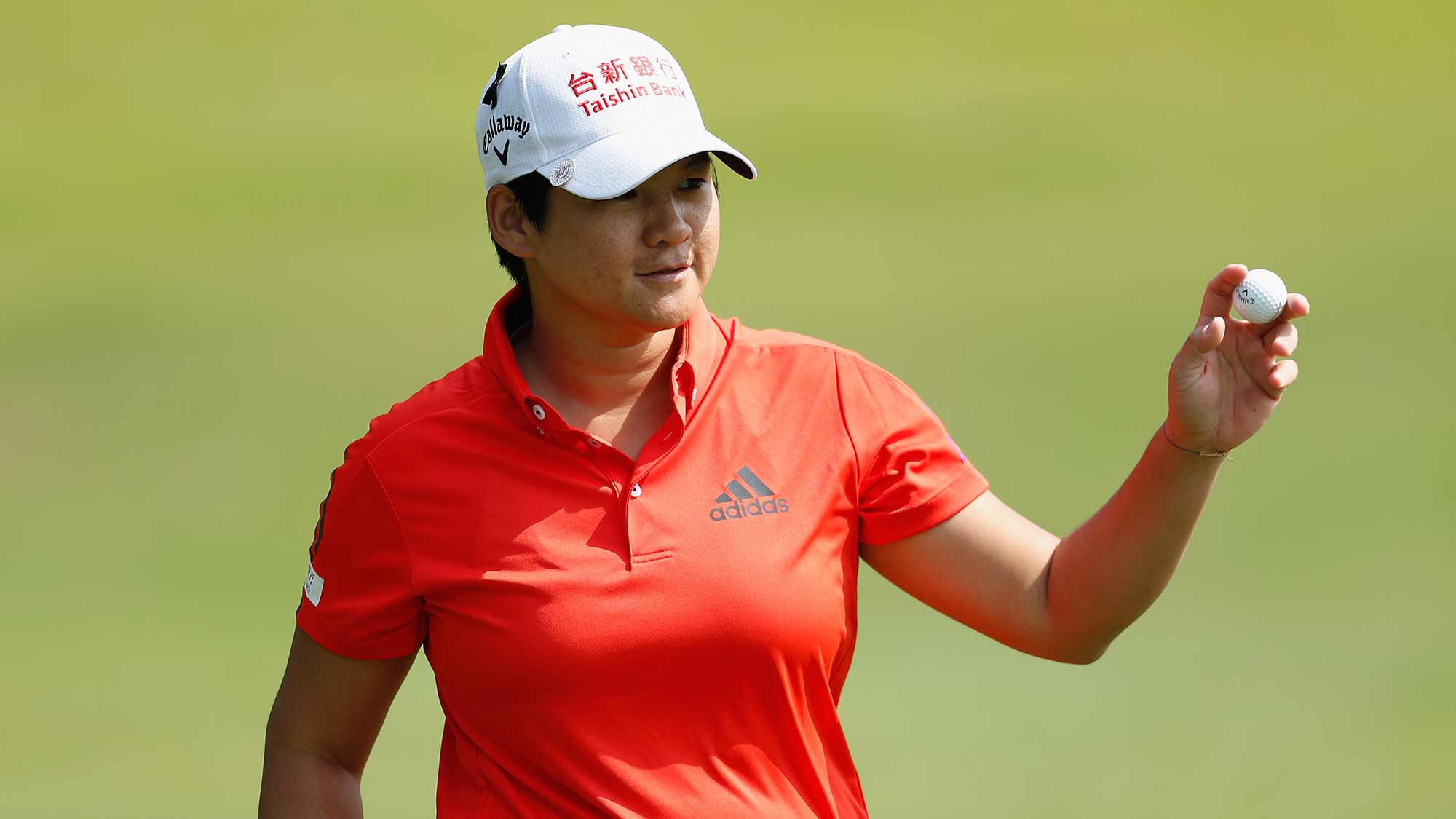 There is no question that the most dominant LPGA Tour player at the start of the decade was Tseng. She earned 13 of her 15 career LPGA Tour victories, along with four of her five major championships, between 2010 and 2012. Tseng also earned back-to-back Rolex Player of the Year honors in 2010 and 2011 while taking home the Vare Trophy in 2011 as well. She also spent 109 weeks at the top of the Rolex Rankings, the second-most of all time. 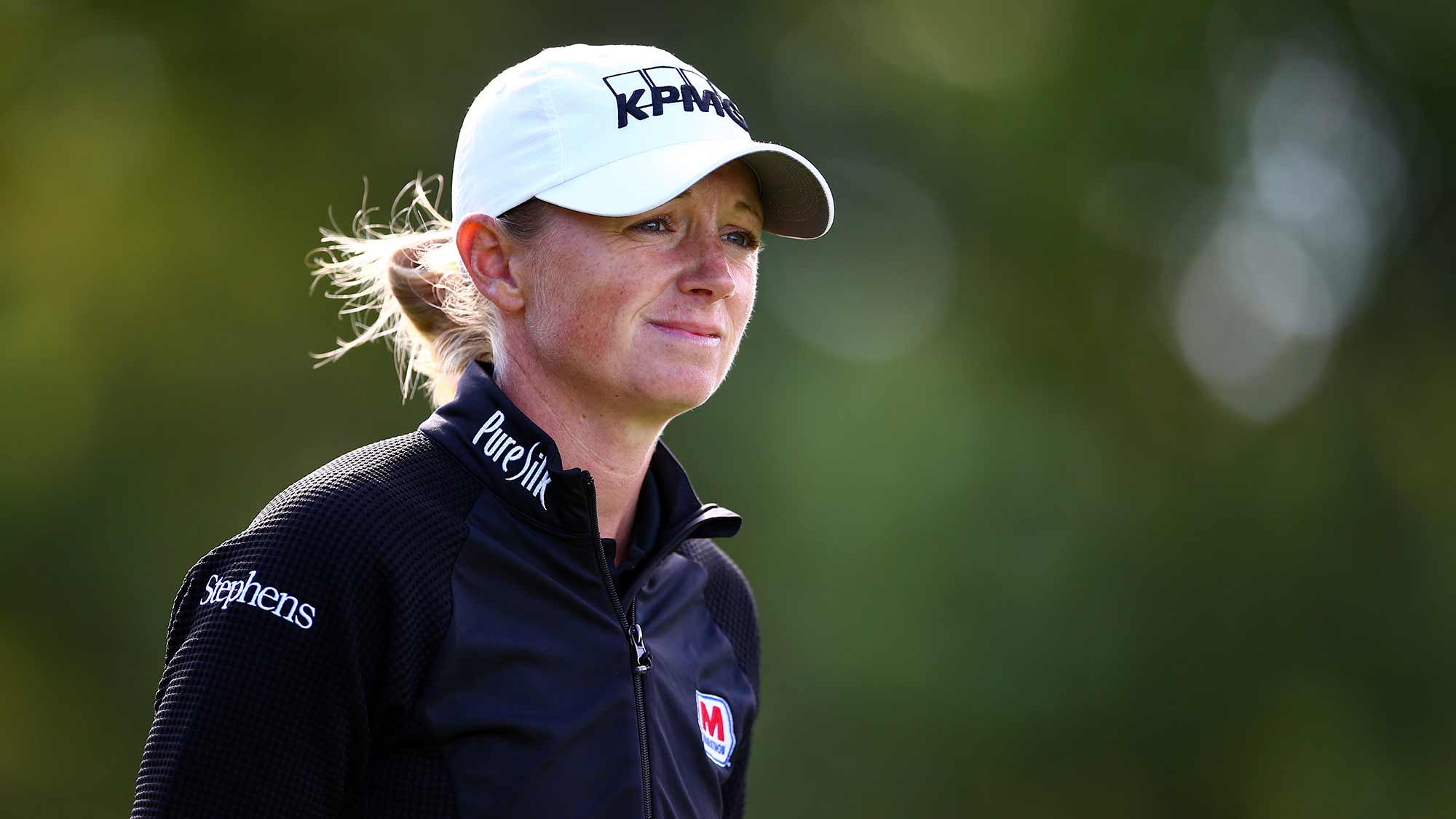 All 12 of Lewis’ official LPGA victories came in the last decade, with her first win, the 2011 ANA Inspiration, being the first of her two major-championship titles. Lewis won the Vare trophy in both 2013 and 2014 and was the Rolex LPGA Player of the Year in 2012 and 2014. She spent 25 weeks at No.1 in the Rolex Rankings, the only American to top the list in the last decade. 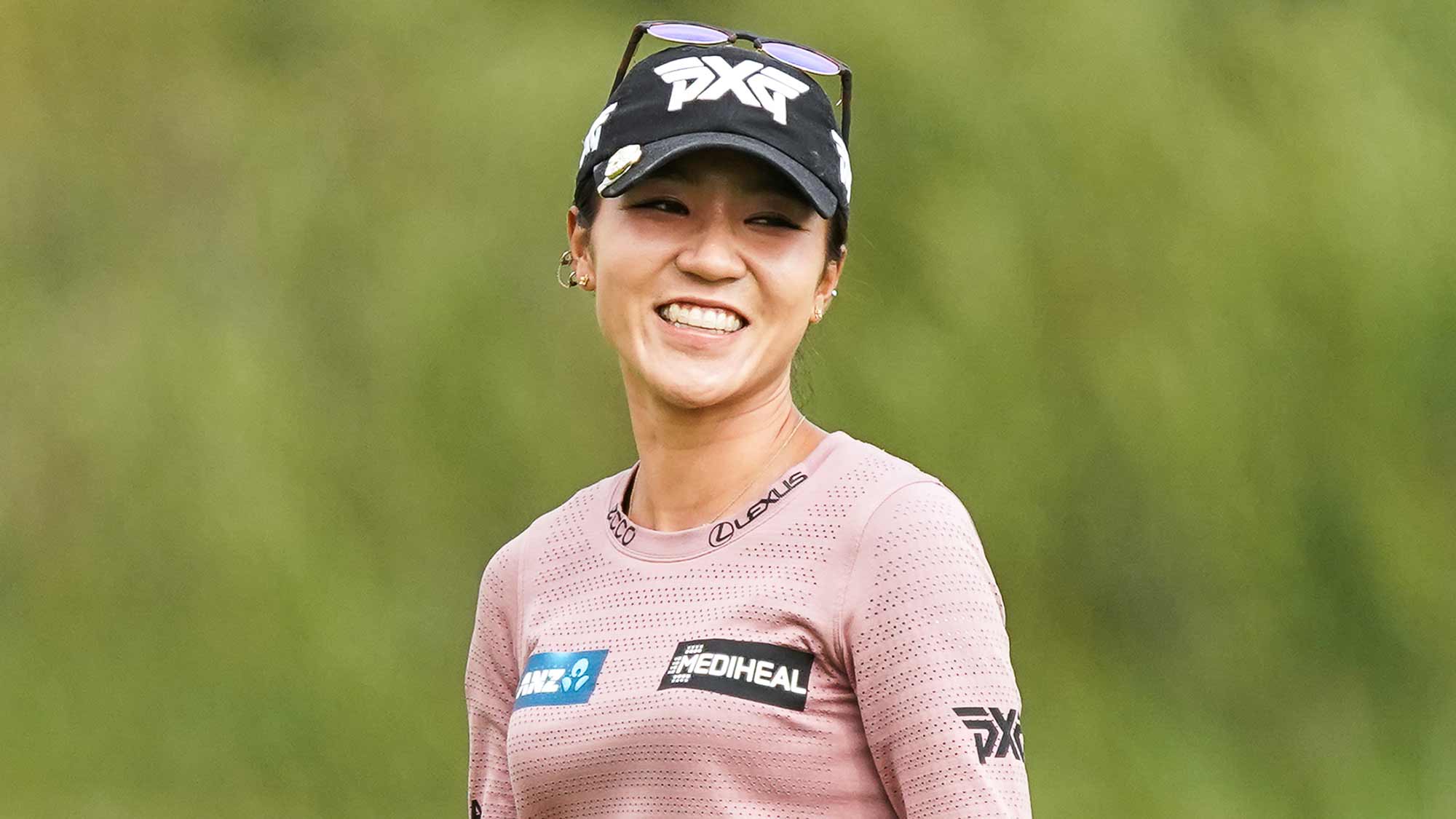 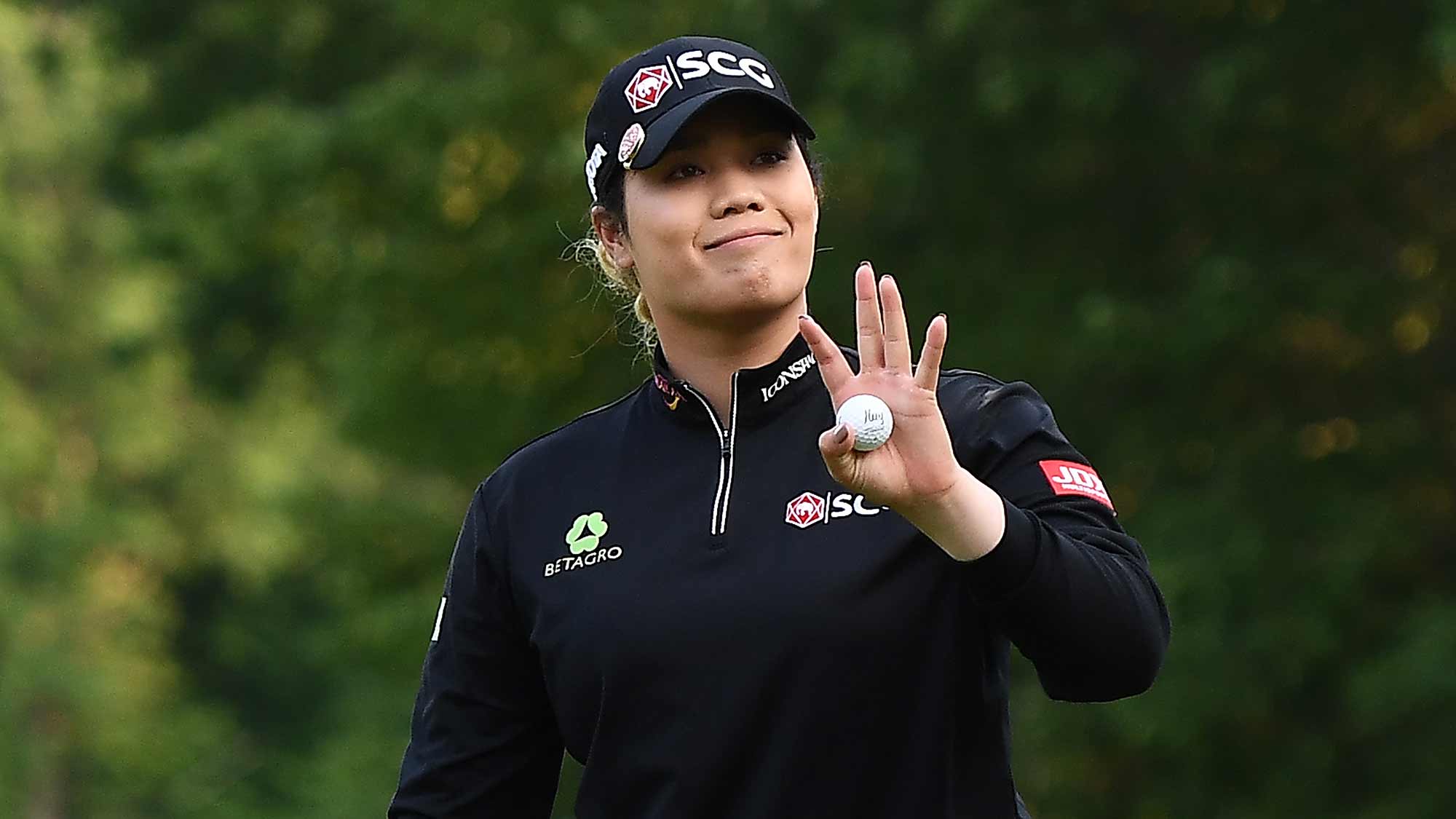 In 2018, the youngest of the Jutanugarn sisters became the first player in LPGA Tour history to sweep all the season-ending awards, including Rolex LPGA Player of the Year, the Vare Trophy, the Rolex Annika Major Award, the money title and the Race to the CME Globe. She also has 10 wins in the last four years, including two major championships and sat atop the Rolex Rankings for 23 weeks. 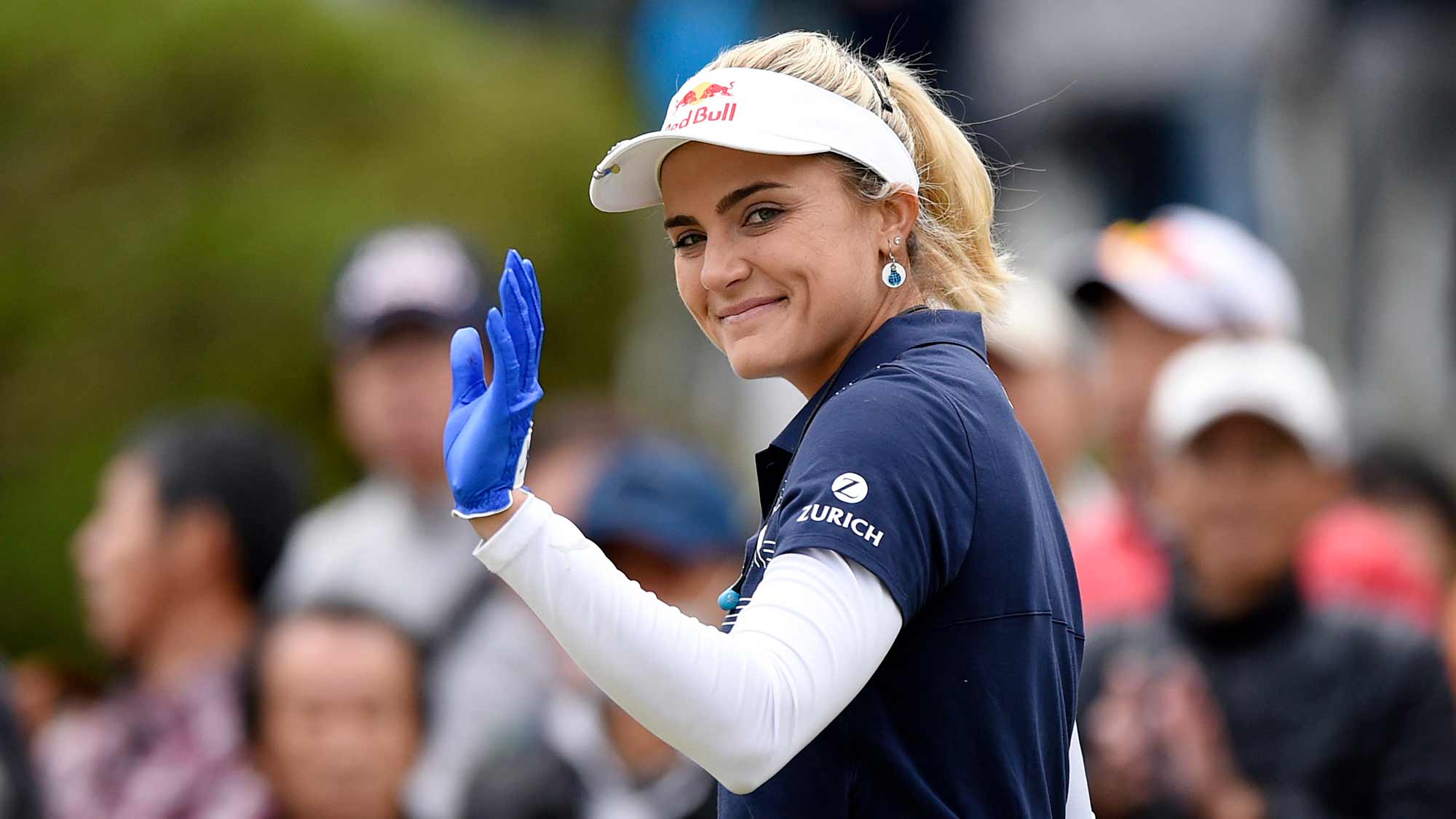 Thompson quickly became a household name on the LPGA Tour after she turned professional in 2010 at the age of 15 and then became, at the time, the youngest winner on the LPGA Tour at 16 when she captured the 2011 Navistar LPGA Classic. The accolades kept coming for Thompson who captured the 2017 Vare Trophy winner and a major champion along with 11 tour victories. Thompson has represented the United States in seven international team competitions.

In three years on the LPGA Tour, Ko has won six times and is one of only five players to win the Louise Suggs Rolex Rookie of the Year and Rolex LPGA Player of the Year in back-to-back years. She won two major championships in 2019 to take home the Rolex Annika Major Award and captured the Vare Trophy in 2019 while being the No.1 player in the Rolex Rankings.

The most popular player in the Republic of Korea, with a following that rivals most rock stars, Park broke onto the scene with a dramatic victory at the 2017 U.S. Women’s Open. She also captured the Canadian Pacific Women’s Open that year, which propelled Park to become the first player since Nancy Lopez to capture the Louise Suggs Rolex Rookie of the Year and the Rolex LPGA Player of the Year (an honor she shared with So Yeon Ryu) in the same season.  A seven-time winner since 2017 with two major championships and 19 weeks atop the Rolex Rankings. 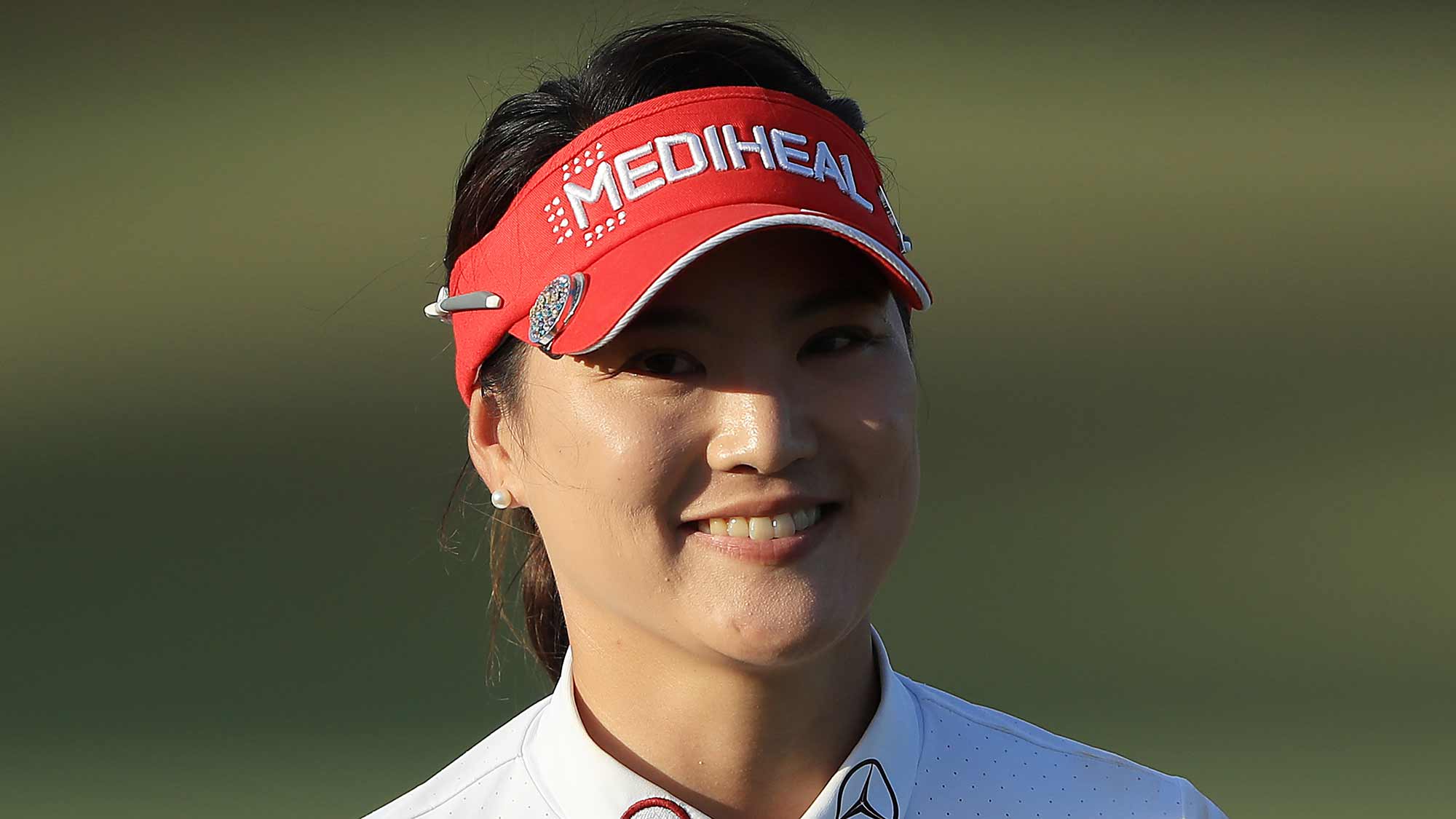 After turning pro at 17, Ryu burst onto the scene with an extraordinary win in the 2011 U.S. Women’s Open at the Broadmoor, the first U.S. Women's Open to use the three-hole playoff format. Ryu birdied the final hole of regulation to get into the playoff and then birdied the third extra hole to win. The next season she won again and was the 2012 Louise Suggs Rolex Rookie of the Year. Throughout the decade Ryu amassed six wins and two major championships and was the No.1 player in the Rolex Rankings for 19 weeks. She also won the Rolex Annika Major Award while being Rolex Co-Player of the Year in 2017 with Sung Hyun Park. 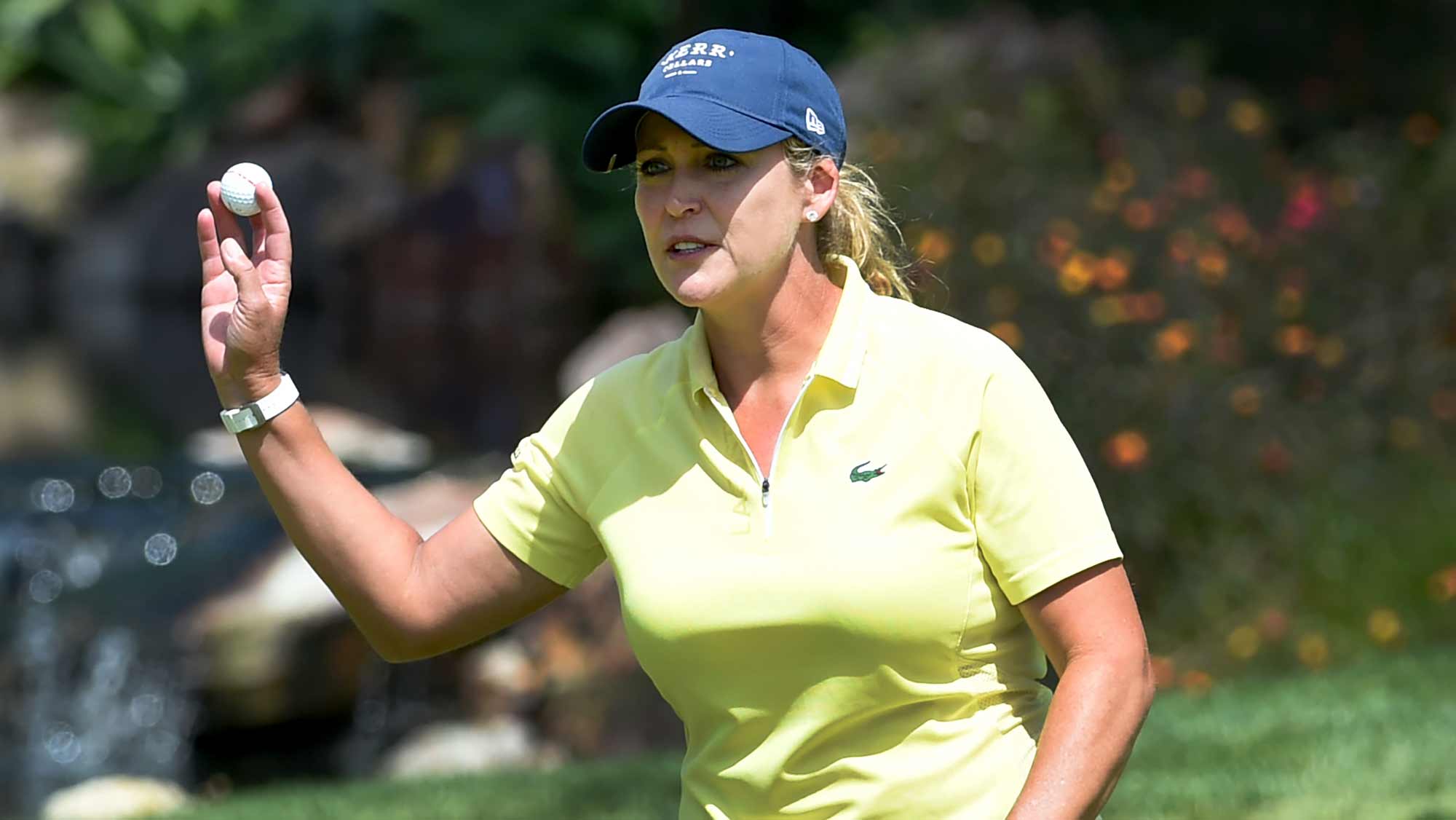 In a remarkable career that has spanned 23 years, seven of Kerr’s 20 LPGA Tour wins and one of her two major championships came in the last decade, after age 32 and during a time when the average age of a winner of the LPGA Tour was skewing into the low 20s. Kerr’s victory in the 2010 KPMG Women’s PGA Championship was by a record 12 shots, which propelled her to the top of the Rolex Rankings. She spent five weeks at No.1 in the world and represented the United States in seven international team events where she became famous for her tenacity and team spirit. 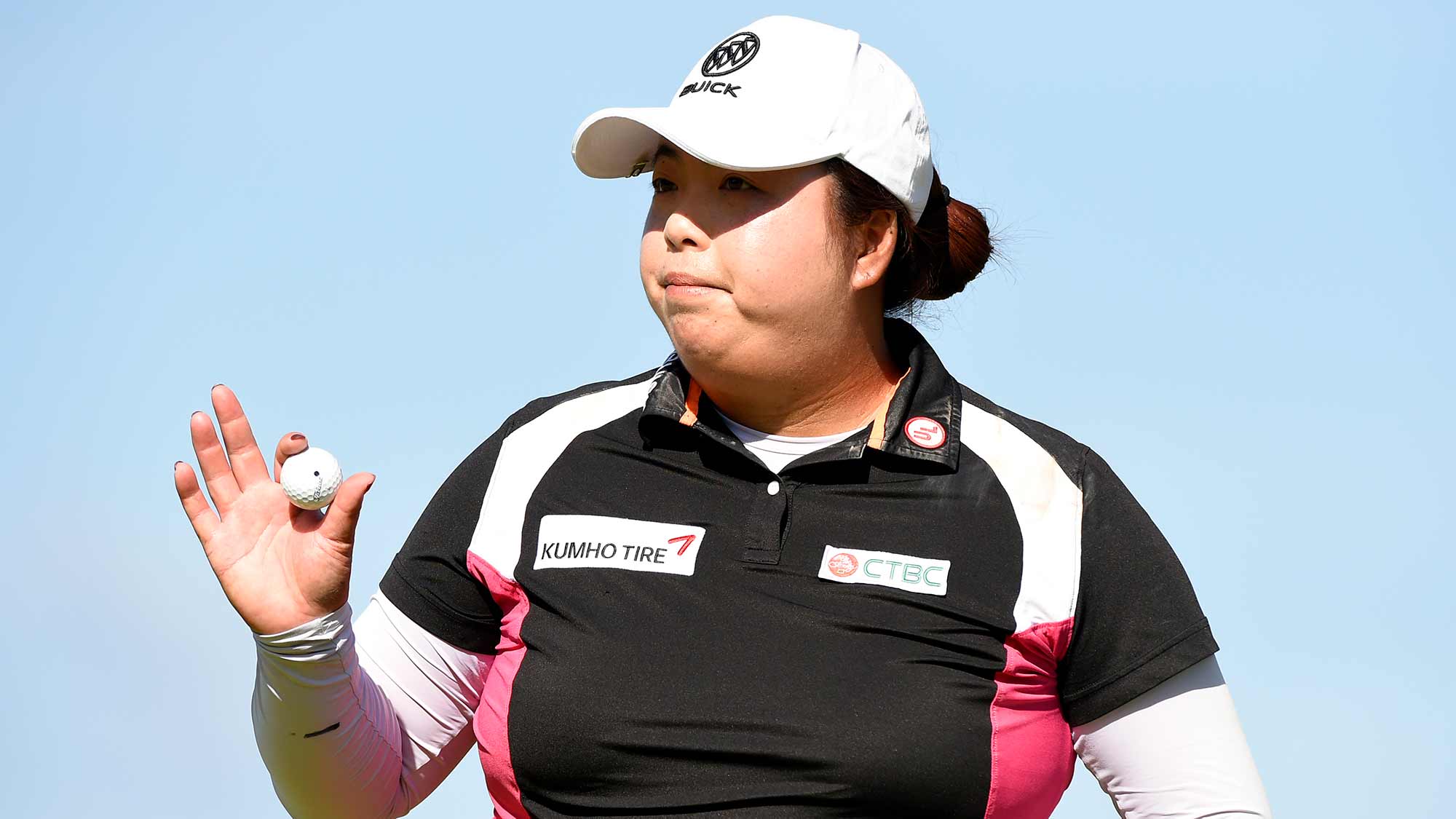 In addition to winning 10 LPGA Tour wins in the last decade include one major championship, the KPMG Women’s PGA Championship, Feng became the face of a nation as the first woman from mainland China to join and the first to win on the LPGA Tour. She is China’s only major champion and its only player ever to reach No.1 in the world, a position she held for 23 weeks. Feng also captured the bronze medal in the 2016 Olympic Games in Rio and became famous in her homeland for calling Chinese President Xi Jinping handsome to his face. 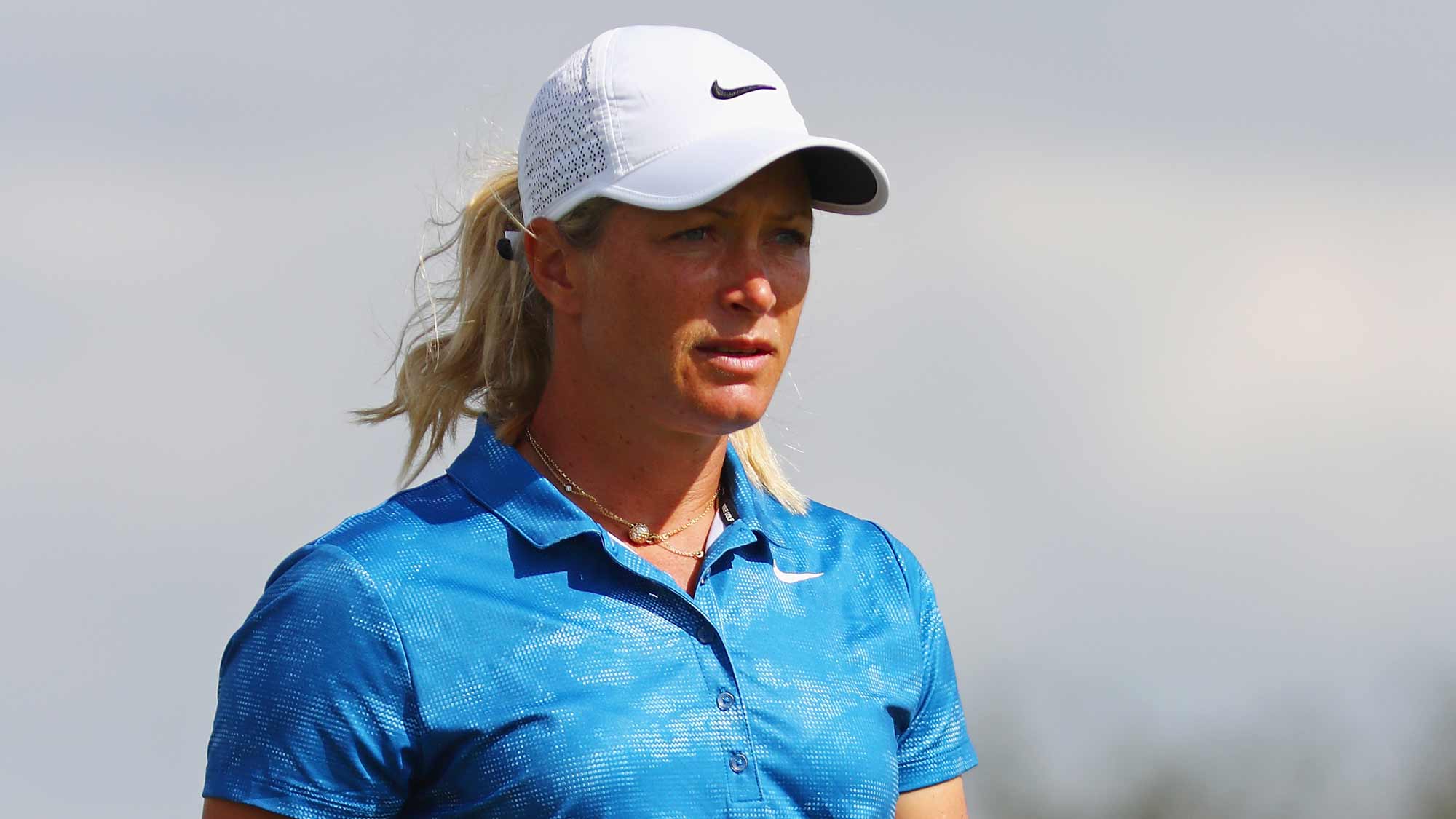 The greatest female golfer ever from Norway, Pettersen’s career spanned 20 years. Nine of her 15 career wins, and one of her two major championships, came in the last decade. Her most dominant year was 2013 when she won four times on the LPGA Tour, including the Evian Championship where she held off a charging teenager named Lydia Ko. Pettersen also appeared in four international team competitions including the 2019 Solheim Cup where she clinched the deciding point for Europe. Additionally, she represented Norway in the 2016 Olympic Games in Rio. 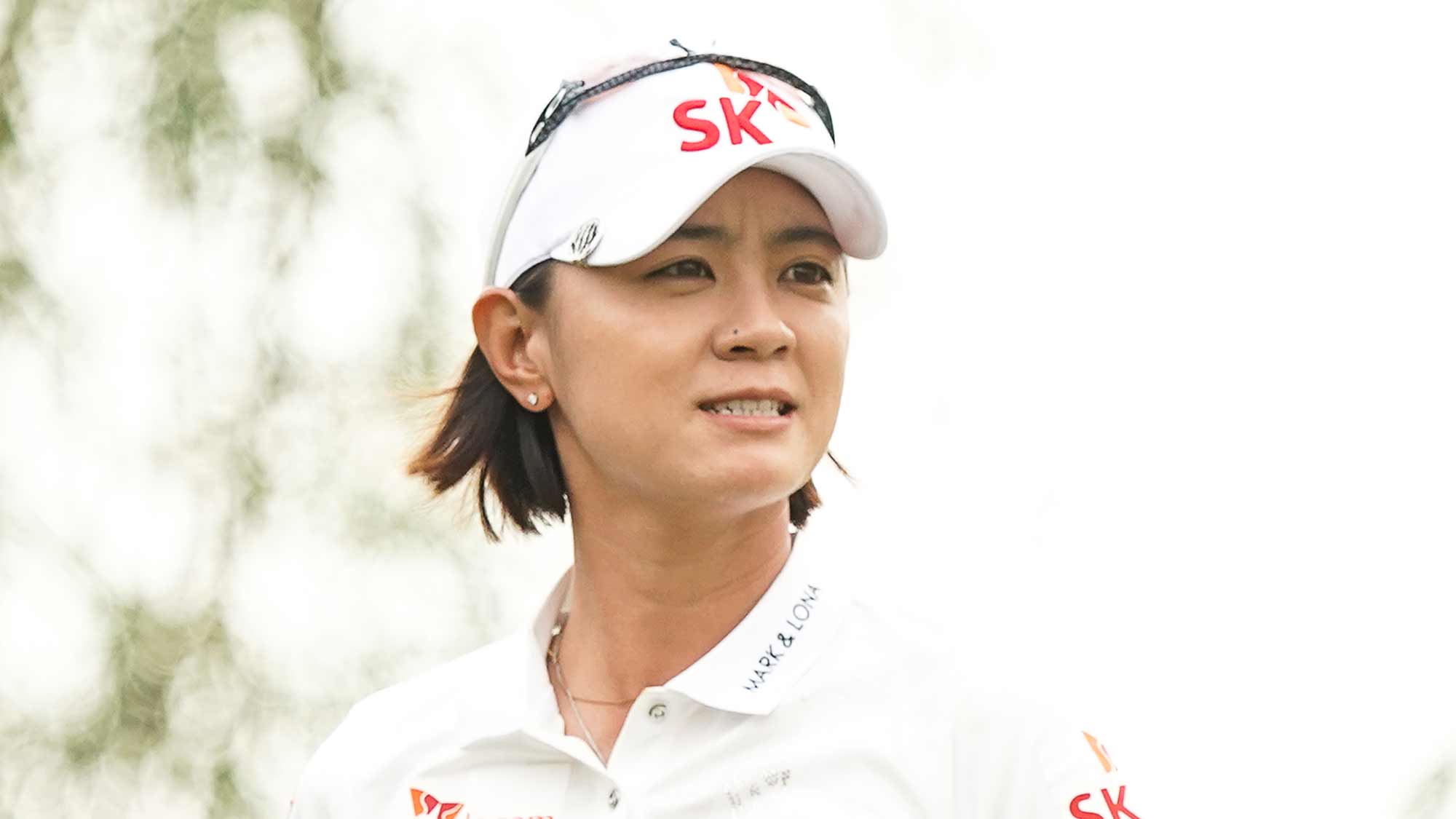 It’s easy to forget that Na Yeon Choi had three multiple-win seasons in the last decade, including the 2012 U.S. Women’s Open which she won by four shots over Amy Yang at Blackwolf Run. Seven of Choi’s nine LPGA titles have come in the last decade, with multiple wins coming in 2010, ‘12 and ‘15. In 2010 she also captured the Vare Trophy and the LPGA Tour money title. 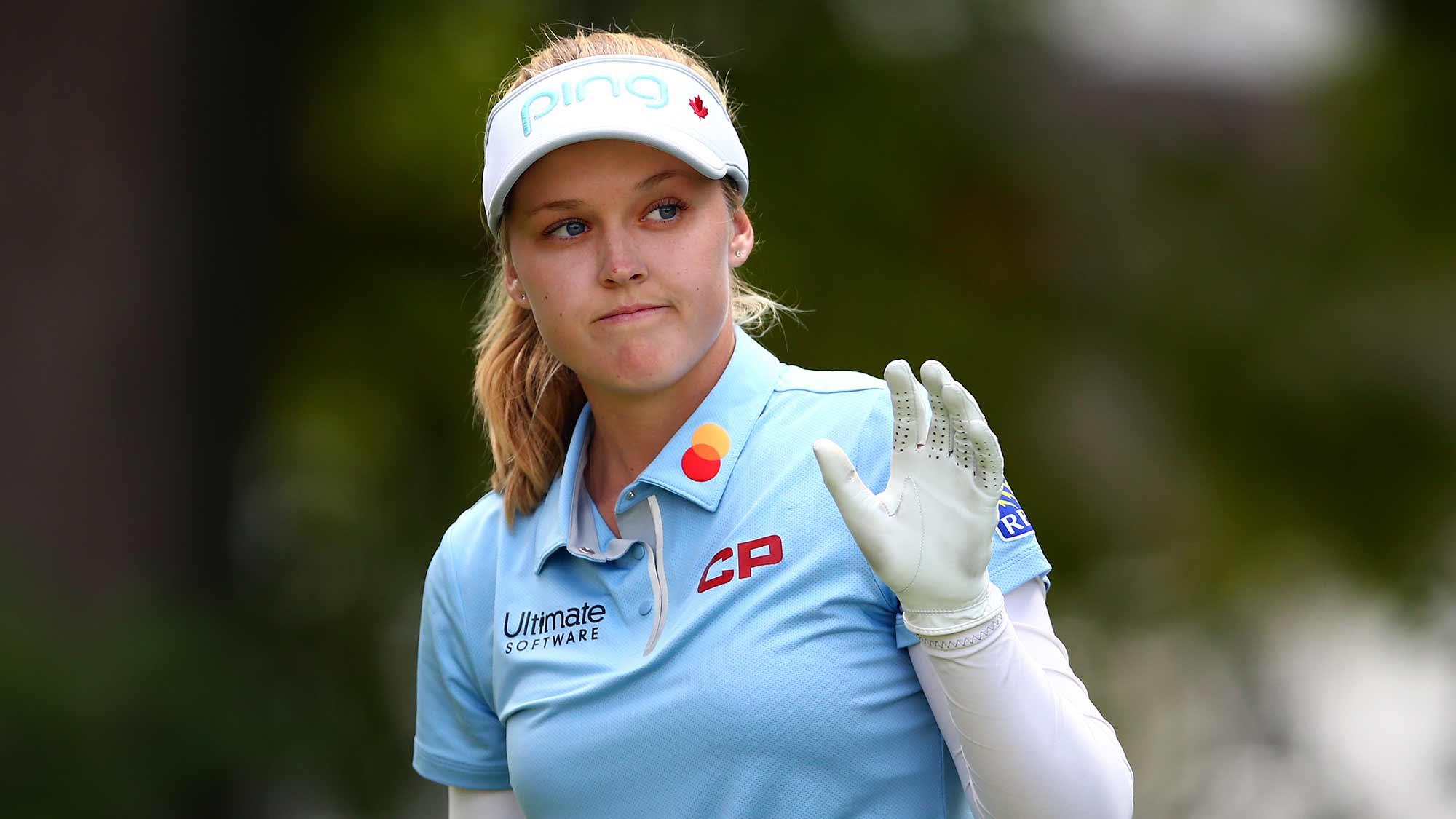 Canada’s most popular female athlete and the winningest golfer in the nation’s history, man or woman, Henderson captured nine wins in five short years on the LPGA Tour, including a major championship. She won her first title at age 17 at the Cambia Portland Classic, an event where she Monday qualified. In 2016, she captured the KPMG Women’s PGA Championship at Sahalee outside Seattle in a playoff with Lydia Ko. It was one of the most memorable Sundays of the decade and propelled Henderson to No. 3 in the Rolex Rankings. She had multiple wins every full season she has played on Tour year and also represented Canada in the 2016 Olympic Games in Rio. 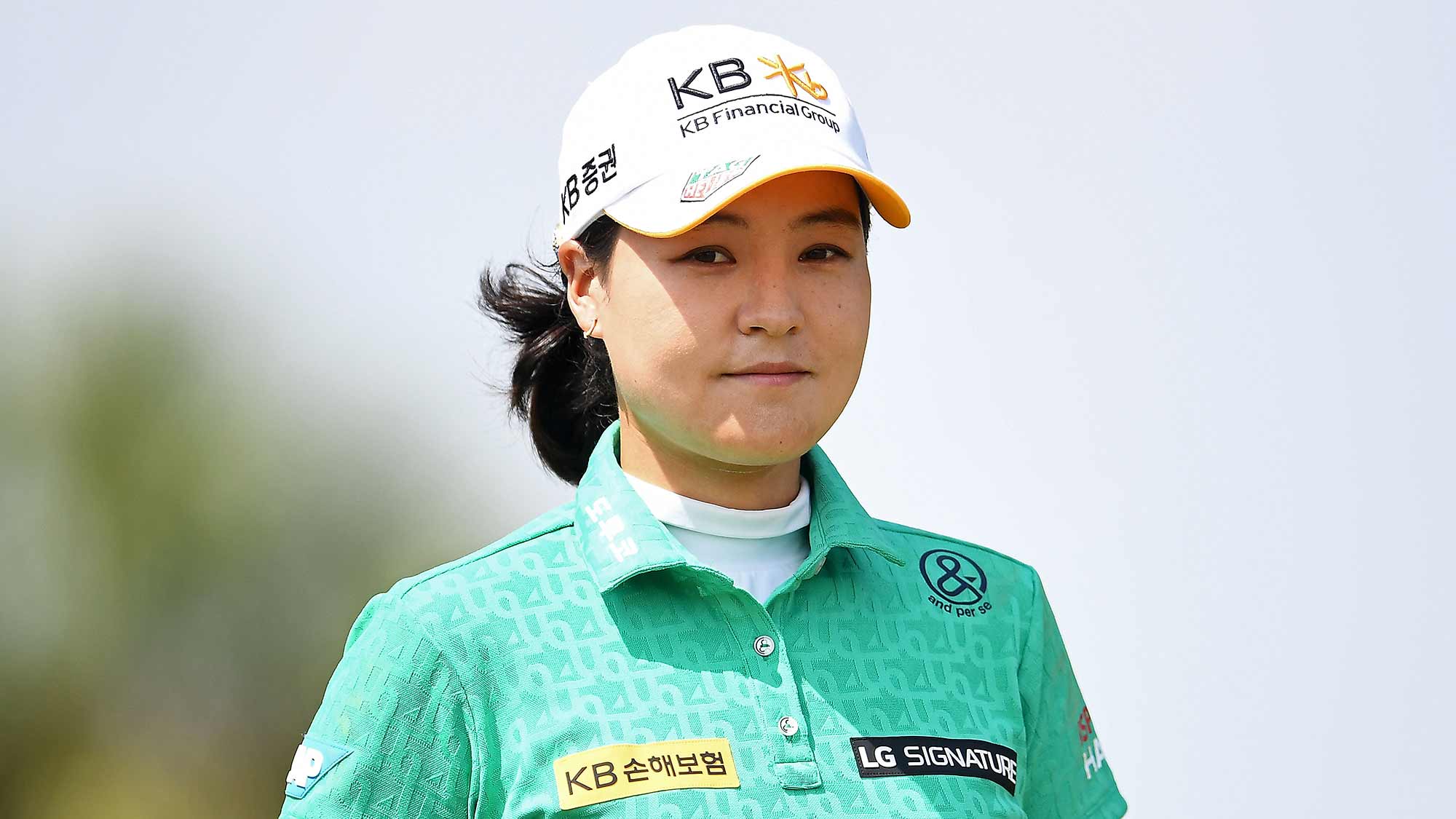 Of her three wins, two are major championships, and in one, the 2016 Evian Championship, Chun set the all-time major championship scoring record, finishing 21-under par. A highly touted math whiz, she broke with a dramatic win in the 2015 U.S. Women’s Open at Lancaster Country Club, charging in the final nine holes to beat Stacy Lewis and Amy Yang. Chun also captured the 2016 Louise Suggs Rolex Rookie of the Year and the Vare Trophy. She represented the Republic of Korea in the 2016 Olympic Games in Rio and was on the victorious Republic of Korea team at the 2018 UL International Crown. 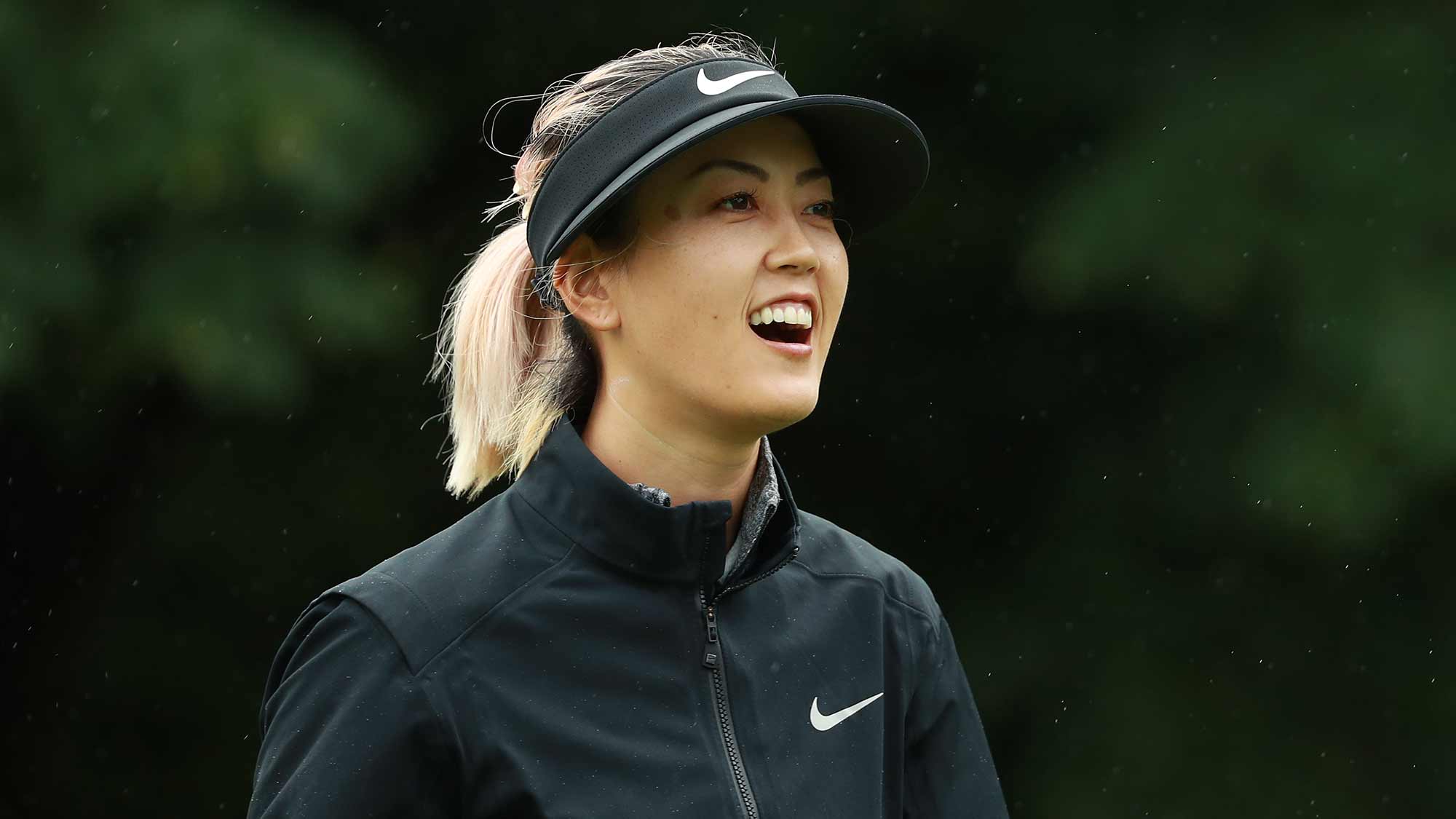 The most photographed and talked about female golfer of the last decade, Wie was on the cover of Fortune magazine before she graduated from high school. One of her four career wins in the last decade was the 2014 U.S. Women’s Open, a dramatic Sunday duel where she edged out Stacy Lewis. Wie also captured the Rolex Annika Major Award in 2014 and represented the United States in five international team competitions.