Brooks Koepka, Lexi Thompson, and the difference an LPGA instructor made

Brooks Koepka, Lexi Thompson, and the difference an LPGA instructor made

Someone on Twitter recently accused PGA Tour player Brooks Koepka of not caring enough about his golf game. To be fair, the men’s world No.1 has said that he finds golf “kind of boring.” But then again, he is the “World No.1.” And that doesn’t come from not caring. In fact, if the Twitter critic had visited South Florida in Brooks’ early days, when the future star was 7 or 8 years old, he would have seen that Brooks actually cared a lot. More than many of the other kids at Okeeheelee Golf Course in West Palm Beach, which is why LPGA Teaching Professional Donna White noticed him.

“Those players that have the stuff, yes, you can tell. You can tell when they’re 5 years old,” said White, a three-time winner on the LPGA Tour who was inducted into the LPGA Teaching & Club Professional Hall of Fame in 2015. “You can tell if someone’s interested, if they have a passion for it, and [Brooks] and his brother were pros.”

White started the Junior Golf Foundation of America at Okeeheelee in 1995 with Head Golf Professional Bobby Brown and, later, Mary-Lee Cobick, teaching the game to the area’s youth and building one of the largest programs of its kind in the country. Since it began, more than 65,000 kids from around the world have participated, including Brooks and his brother, Chase, who plays on the European Tour. The reasons for the Okeeheelee program’s success include White’s drive to create the best teaching environment possible and Brown’s ability to communicate the game’s many facets. For Brooks, Brown said, that began with taming the temper of a kid who really cared—perhaps too much.

“He was super competitive,” Brown remembered. “If he hit a bad shot he was very emotional about it, he wanted to win, and so we worked with him on controlling his temper.”

Mind you, Brown said he met Brooks when the golfer was 7, in a holiday camp at Okeeheelee, and worked with him until Brooks was 12 or 13.

“He had a very natural swing, he was a very athletic person, probably good at all sports. Loved baseball. With golf he had a natural move with it; he was a great iron player even back then, just a good solid ball striker.”

Koepka’s great uncle is baseball star Dick Groat, the league’s MVP in 1960, and Brooks, also good on the ballfield, said that if he had it to do over again he might go with baseball instead of golf. But there’s more to golf than athleticism, of course, and this is where White and Brown’s program was so important.

“The program went from instruction and etiquette to a four-hole league and a nine-hole league,” said Brown, “light competition to give the kids an opportunity to try a little competition in a scramble-type format. We had teams and it was a great environment.”

Bob Koepka, the boys’ father, has said that the Okeeheelee program was critical to Brooks’ success: “That was his first exposure to organized tournaments,” Koepka told The Palm Beach Post, “to learning how to handle himself as a professional at a young age.”

It appears to have worked. Brooks has won four of the last 11 major championships and is a near shoo-in for the PGA Tour’s Player of the Year title. But he wasn’t the only kid to benefit from the JGFA program.

“When Brooks came in,” Brown explained, “we had Morgan Pressel and Lexi Thompson and Lindy Duncan and so many other great kids. The era I was there, the number of players that came through the program… It’s crazy.”

Pressel’s first LPGA win was a major, the 2007 Kraft Nabisco Championship, and at the age of 12 she was the youngest to qualify for a U.S. Women’s Open — until Thompson came along and did it at a slightly younger 12 (Luci Li is currently the youngest ever to qualify, in 2014 at 11 years, 8 months and 19 days; Beverly Klass is the youngest to play in the event, at 10 years, 7 months and 21 days, but in 1967 she didn’t have to qualify). 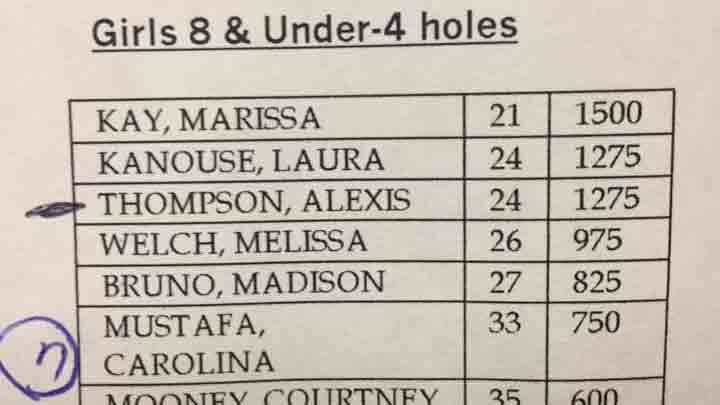 Thompson also took the Kraft Nabisco, in 2014, and has 11 wins total on the LPGA Tour, plus wins on the European and Japan Tours as well. Duncan is a solid competitor, racking up five top-10 finishes on the LPGA Tour after a strong college career at Duke. All of them benefitted from their time at Okeeheelee. White said it’s because the program got them off the driving range.

“In those days the kids had a summer pass, and so Brooks and Chase and all these kids in South Florida could get dropped off at Okeeheelee at 7:30 or 8 in the morning and golf all day long,” White explained. “But think about that: they didn’t spend all day on the driving range, so where were they? They were playing golf, actually playing the game. Even in the lesson setting we’d make it real, make it purposeful. It ain’t about standing out there and looking pretty. Today you’ve got all these range rats with perfect swings and they can’t break 80, but that generation, they weren’t slapping balls one after the other, they were playing the game.

“Can you imagine if we taught soccer like we teach golf?” White continued. “Put them in the same spot and have them kick, like a kid standing in the same spot with the same club hitting 19,000 times? How many soccer players would we have? Forget it. Get them on the course.”

Still, setting the table for success only gets students so far. Brooks and the others worked hard, and White and Brown credit the self-discipline and work ethic of Koepka and the others with their current success.

“Brooks was a standout, along with his brother,” White said. “They had the self-discipline and desire. They were dropped off before 8 in the morning and both their mom and I can tell you… it was dark when they had to be picked up.”

“The balls [Brooks] would hit, he’d practice so much and put so much emphasis into one shot,” Brown added. “Morgan would be out there preparing for our one-day tournaments with her grandfather, Dr. [Herb] Krickstein; they were so diligent about how they went about their preparation. Lexi was so young, 9, and she was competing with my 15-year-old girls—because she wanted to, playing a course that was way too long for her, and she’d shoot 75 and the 15-year-olds made 78 or something, and Lexi would still say ‘I don’t like making bogeys.’ These kids, you notice that they have the talent, and definitely on the mental side.” 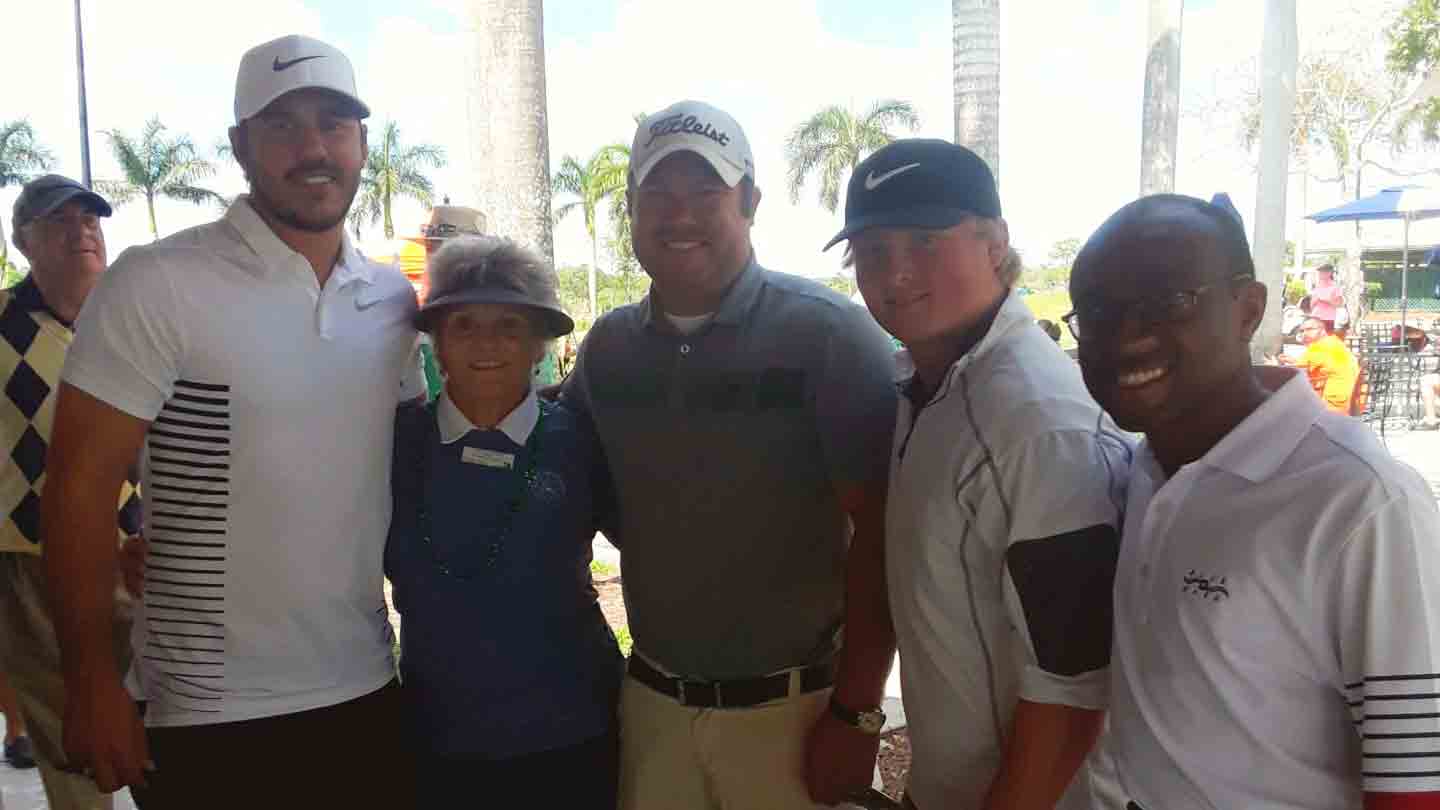 For his part, Brooks credits the program with his success, telling Golf Central magazine in 2018, “I can’t say enough about the Junior Golf Foundation of America’s junior golf programs at Okeeheelee. It was on these golf courses and through those tournaments that I fell in love with the game. I can honestly say that I would not be where I’m at today if those opportunities were not available to me when I was younger.”