It’s easy to think of the present. ‘What have you done for me lately?’ is the question that quickly comes to mind when considering which player should receive a vote in the LPGA Player of the Decade bracket. Look at three of the four finalists; Inbee Park, Lydia Ko and Brooke Henderson have each won in the last 24 months.

But Yani Tseng, the No. 2 seed and the fourth finalist for the LPGA Player of the Decade, isn’t like her fellow players who are contending for fans’ votes. Tseng hasn’t won in the last two years. She didn’t earn a single dollar on Tour in 2019. And she hasn’t posted a top 10 finish since 2015.

But there was a time, not long ago, that Yani Tseng was second to none. That’s why this competition is about celebrating players’ accomplishments over the entire decade, not just what happened recently.

The success Tseng found during the first years of this decade remains unprecedented. In the span of three years she dominated the LPGA Tour in nearly every major statistical category. Between 2010 and 2012, Tseng won more than any of her contemporaries with 13 victories and four major titles. She owned three major titles by the age of 21, which was faster than any player in the women’s game and quicker than even Tiger Woods. During her peak, she was twice named Player of the Year, led the Tour in scoring average and topped the money list.

Stacy Lewis, the No. 3 seed in the LPGA Player of the Decade bracket, competed against Tseng at the peak of her career. It was Lewis who kept Tseng from winning the first three majors of 2011, when Lewis won the ANA Inspiration. Tseng finished runner-up.

“When Yani was in her prime there in 2011, 2012 it was unbelievable,” Lewis told LPGA.com. “It was the best I’ve ever seen anyone play golf. I learned a lot watching and playing with her and learned my game needed to get better.”

Tseng won 11 times worldwide in 2011, including her first four starts of the year.

“Seven wins on the LPGA, 11 wins worldwide, I never thought it was going to be like that,” Tseng said about her year “My goal was to be the Player of the Year and try to play good and win more tournaments than last year. I’ve gone great, I’m very happy and proud of myself of how much I improved this year.” 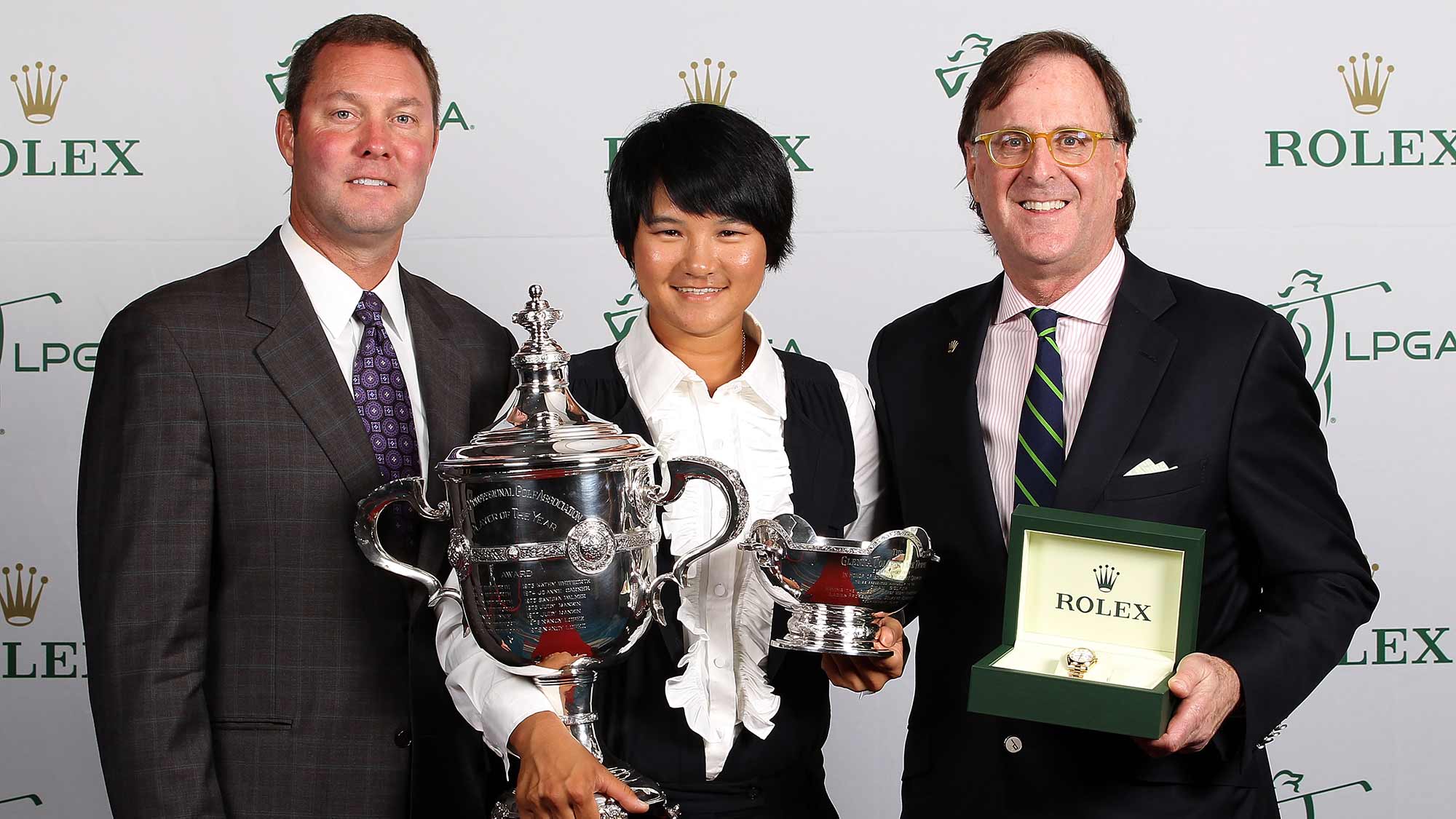 If the secret to her success was an elixir she could bottle and sell, Tseng would have kept a few of those bottles for herself. What she would point to as the very key to her unmatched performance would later become the source of her struggles.

“I got a better attitude,” Tseng said about her success in 2011. “The attitude is really important. It doesn’t matter if you hit the best shot, good shot or great tournament or bad tournament, you always have a good attitude and always have a challenge in front of you.”

Tseng didn’t foresee the challenges that lie ahead in trying to maintain that outlook.

She won three more times in 2012, including her 15th career victory at the Kia Classic. It is her last win to date on the LPGA Tour. That season, she was named one of The World’s 100 Most Influential People by Time magazine. Annika Sorenstam, a mentor and friend of Tseng’s, penned the short piece for the magazine. That same year, Tseng purchased Sorenstam’s home at Lake Nona Golf and Country Club in Orlando, Florida. The home’s massive trophy case that once housed the Swede’s 72 LPGA Tour trophies has often been written about, and Tseng looked poised in short order to refill it with her own hardware. In 2018, six years after her last win on Tour, Taiwan News reported Tseng’s intention to sell the home.

“My friend’s elderly family members said Sorenstam had used up all the good luck the house could have brought to its owner,” Tseng told the publication. 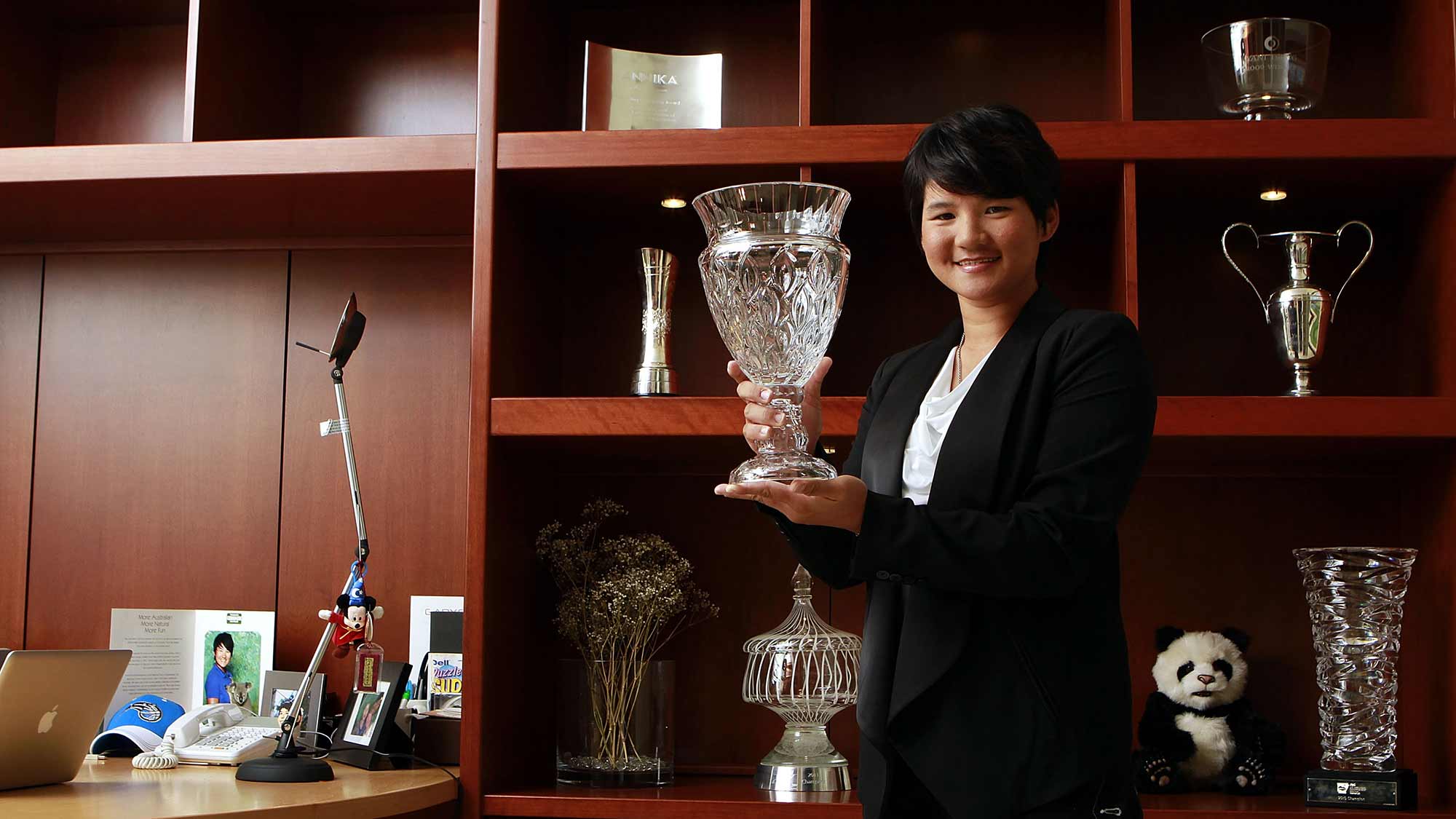 What Tseng accomplished before 2010 wasn’t considered in qualifying for the Player of the Decade, but it is important in providing a context to how quickly Tseng came to dominance.

After a decorated amateur career that saw Tseng defeat Morgan Pressel in the finals of the 2005 North & South Amateur Championship, she joined the LPGA Tour in 2008. The top-ranked amateur from Chinese Taipei was 19 years old.

In just her fourth major start, she won the KPMG Women’s PGA Championship for her first victory on Tour and first major title. She went on to be named the Louise Suggs Rolex Rookie of the Year, crossed the million-dollar mark in career earnings and led the Tour in birdies. In 2009, she picked up another win, added another million dollars to her earnings and again led the Tour in birdies.

As the Tour began a new decade, so did Tseng’s dominance.

In 2010, Tseng won two more major titles, the ANA Inspiration and AIG Women’s British Open, to bring her tally to three major victories by the age of 21. Tiger Woods was 21-years old when he won his first major at the 1997 Masters Tournament.

She won again that same year at the Walmart NW Arkansas Championship and notched five more top 10s. That banner season earned her the Rolex Player of the Year award. She became the first player from Chinese Taipei and second-youngest player to earn the award.

But what Tseng accomplished in 2010 was just a precursor to what she would achieve the following year. Tseng’s 2011 season will be the year she hangs her career on. It was a season that saw her make history unmatched in the game of golf.

Tseng began her season with a win at home at the Taifong Ladies Open on the LPGA of Taiwan Tour. Over the next two weeks, she won back-to-back titles on the Ladies European Tour at the Women’s Australian Open and ANZ RACV Ladies Masters. She rode that momentum to a fourth consecutive victory at the Honda LPGA Thailand on the LPGA Tour. Over the next five months Tseng recorded five more top 10s on the LPGA Tour before notching back-to-back victories at the LPGA State Farm Classic and KPMG Women’s PGA Championship, which was her fourth major title.

One month later, Tseng captured her fifth career major victory at the AIG Women’s British Open. At the age of 22, Tseng became the youngest player, male or female, to win five major championships. Inbee Park, arguably the LPGA Player of the Decade who Tseng could face in the finals of the bracket, was four years older than Tseng when she won her fifth major title at the age of 26. Sorenstam was 33-years old when she accomplished the feat.

That Fall, Tseng successfully defended her title at the Walmart NW Arkansas Championship and then rode a golf cart decorated in flowers in celebration of her victory at the LPGA KEB Hana Bank Championship in the Republic of Korea. Her seventh and final win of the LPGA season came fittingly at home at the Taiwan Swinging Skirts LPGA in Chinese Taipei. LPGA Commissioner Mike Whan, who was on-site for Tseng’s victory, often points to her victory as the largest crowds he’s ever seen at an LPGA Tour event.

Tseng capped her season with her third win of the year on the Ladies European Tour. 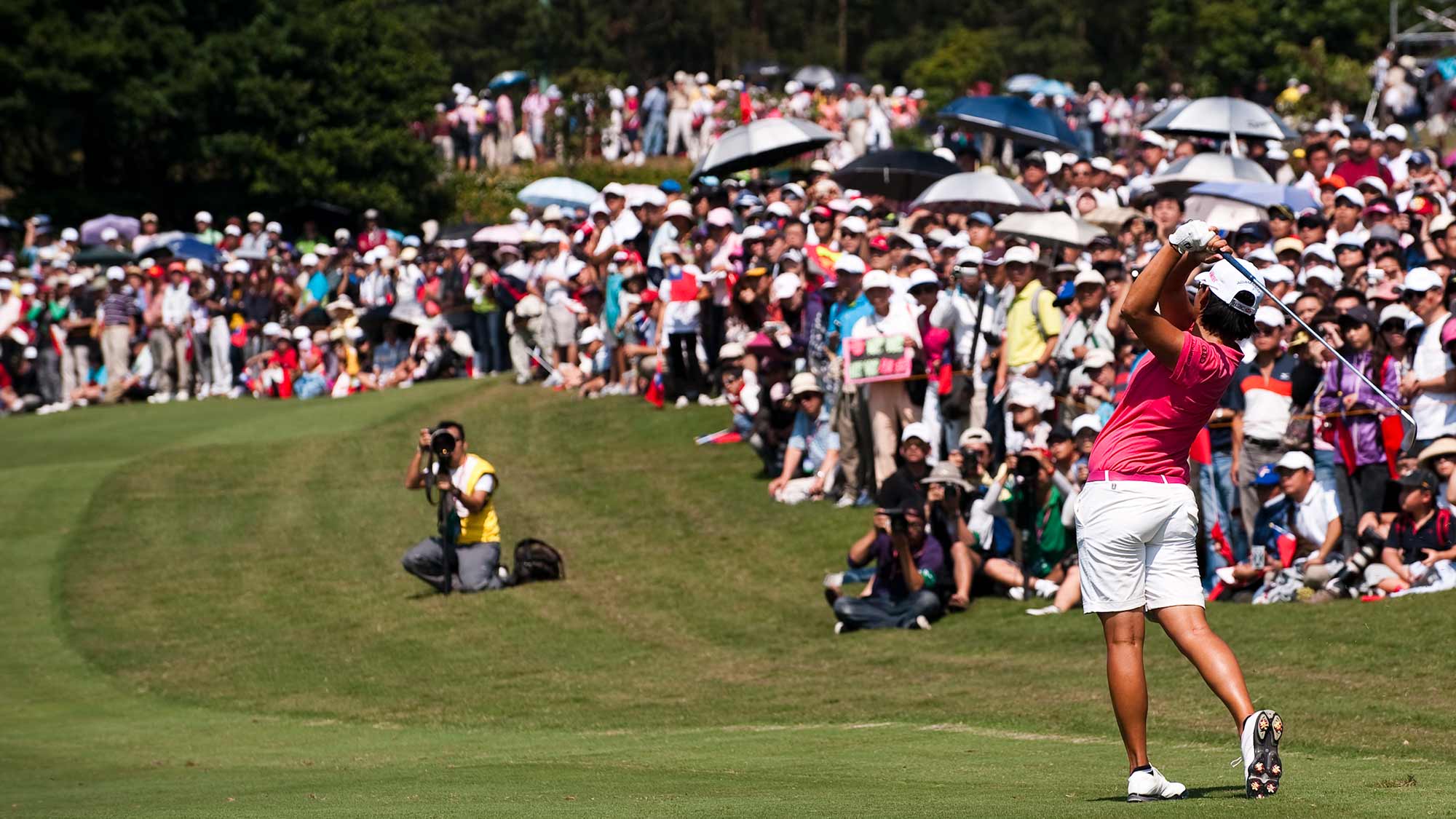 On the LPGA Tour, she reached her goal of capturing not only the Rolex Player of the Year, but she locked it up with five events remaining on the schedule. She also became the youngest player to win the award in back-to-back seasons. That same year, Tseng secured the Vare Trophy for the lowest scoring average of the season at 69.66 and led the Tour in every major statistical category; birdies, rounds under par, rounds in the 60s, top 10 finish percentage and average driving distance. She also topped the Official Money List.

Tseng’s seven victories in a single season is more than any other player of the decade. Inbee Park won six times in 2013.

The latter half of the decade has continued to reveal glimpses of the Yani of old. In 2015, she finished runner-up three times. In 2018, she opened with a 66 in Ohio to take a share of the early lead on day one but faded on the weekend. After that round and following each glimmer of brilliance over the last five years, journalists delicately dance around one pervasive question. What happened to the once unbeatable superstar?

“The success came too quickly,” Tseng admitted in 2018. She wasn’t ready for what she achieved or what it took to maintain that success.

In Feb. 2011, Tseng became the first player from Chinese Taipei to reach No. 1 in the Rolex Rankings. She held the spot for 109 consecutive weeks, second only to Lorena Ochoa who held the ranking for 158 weeks.

But having ascended to the top of the world, she didn’t know where to go from there. How did she stay atop the rankings? That was an answer that escaped her and one in which she hoped Sorenstam could shed some light. In 2014, it was reported that the Hall of Famer simply told her to keep trying to be No. 1. That was easier said than done for Tseng, who struggled with the expectations she put on herself.

Lewis, who held off Tseng at the 2011 ANA Inspiration, overtook the No. 1 spot in the Rolex Rankings. To date, Tseng has not returned to the top of the rankings. Currently, she is ranked No. 652 in the world.

Now 30, Tseng sits just four points shy of qualifying for the LPGA Tour Hall of Fame with 23 of the 27 requisite points, having already met the 10-year membership requirement on Tour.

In 2018, Tseng remained optimistic about her game but continued to point to her mental game as the source of her struggles.

“Try to be myself, I think that’s a big point for me,” Tseng said last season. “Play the way I play. Do the things I really love to do and just not thinking too much. Try not to be someone else.”

Who else could she possibly have wanted to be?

There was a time, not long ago, that every golfer in the world wanted to be just like Yani Tseng.