The Rolex ANNIKA Major Award, the newest LPGA honor, has in five short years grown into one of the tour’s most hotly contested trophies. The majors are golf’s most significant measuring stick for greatness – just look at how intensely Tiger Woods’ chase of Jack Nicklaus is followed – and the RAMA provides a perfect way to gauge greatness among professionals in women’s golf.

This award has quickly established itself as part of the criteria considered when evaluating the overall impact of a player’s career.  So far, no one has won the RAMA twice, with Ariya Jutanugarn, So Yeon Ryu, Lydia Ko, Inbee Park and Michelle Wie claiming the title since it was first awarded in 2014. But four of the five RAMA winners are multiple major winners: Park has seven with Jutanugarn, Ryu and Ko two each.

This year, another Ko – Jin Young Ko – is off to the early lead, grabbing 60 points for winning the ANA Inspiration, the first major of the year. “I still can't believe what I did, but many, many people have said 'congrats' and 'good job,' so it's starting to sink in,” said, Ko, whose victory at the ANA Inspiration moved her to No. 1 in the Rolex Rankings.

Points in the race to the RAMA are awarded through 10 positions, down to two for tenth place. The four players closest to Jin Young Ko after the ANA are Mi Hyang Lee (24) and Lexi Thompson (18) with Carlota Ciganda and In-Kyung Kim with 14 each. To win the RAMA you need to win a major: Finishing second in all five doesn’t get the job done.

The woman for whom the award is named – Annika Sorenstam – is the greatest major winner of her generation. Her total of 10 trails only Pioneers Patty Berg (15) and Mickey Wright (13) as well as Founder Louise Suggs (11) on the LPGA career list. Those closest to Sorenstam among her peers are Karrie Webb and Juli Inkster at seven each and Se Ri Pak with five.

“I am very proud to have this award with Rolex and the LPGA,” Sorenstam said after the Masters, where she watched Woods win his 15th major title. “It’s an honor and I am very happy with the way things have gone. We have had amazing players win the first five years, which is what it is all about. The cream should rise to the top in majors.”

The RAMA expands a decades-long relationship between Rolex and the LPGA and adds this award to the Rolex Player of the Year, Rolex Rookie of the Year and Rolex Rankings as honors for players to chase.

“Rolex began its association with women’s golf in 1980,” said Arnaud Boetsch, Director of Communication and Image for Rolex. “The establishment of the Rolex ANNIKA Major Award aligns perfectly with our philosophy of rewarding exceptional achievement.”

Sorenstam sees the branding of the RAMA as a large part of its allure.

“Anytime you have the Rolex brand associated with an award, it adds prestige,” Sorenstam says. “Anytime we are celebrating the success of women in golf, it’s a great thing. The award has brought excitement down the stretch and added another level of interest in the majors. I really like the fact that the winner must win at least one. I'm glad I held firm on that.” 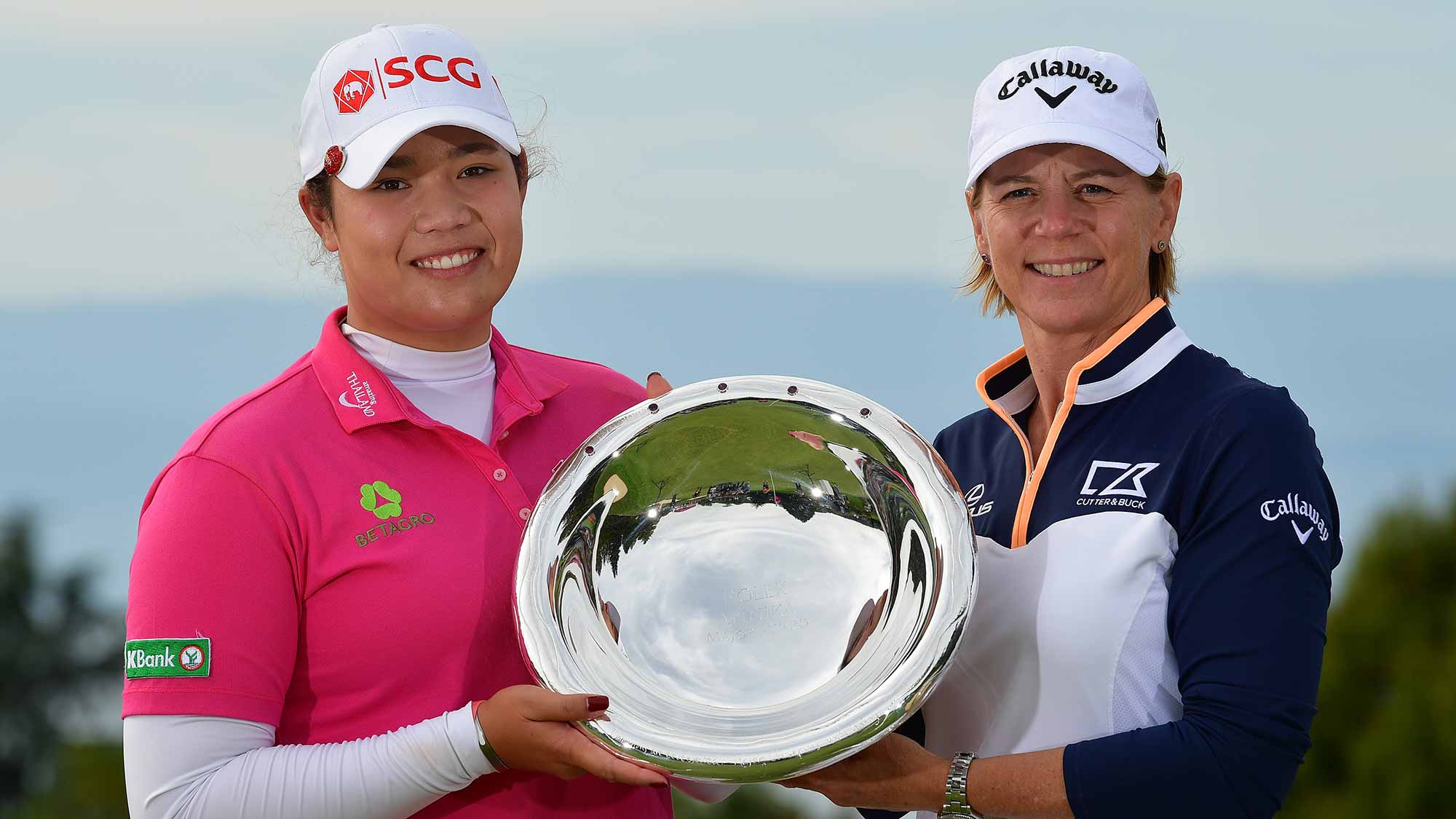 The early results clearly show that the RAMA serves as a milepost in a player’s career and marks enduring achievement. Wie, who has brought many new eyes to women’s golf, won the first RAMA in 2014. Park, the 2015 RAMA champ, is the most-prolific major winner of her generation, while Jutanugarn and Lydia Ko are among the best young players and Ryu has majors six years apart.

With four more majors to go before this year’s honor is determined after the AIG Women’s British Open, the 2019 champ could be a fresh face or the first two-time winner.

“The RAMA will be concluded at the Women’s British Open, but presented at the Rolex Awards dinner in Naples during the CME Tour Championship,” Sorenstam says. That night will cap the added intensity of the RAMA race to the already fun atmosphere of LPGA majors -- golf's ultimate prizes.