Things to Know for the AIG Women’s British Open

Things to Know for the AIG Women’s British Open

Jin Young Ko- Jin Young Ko enters in the driver’s seat for the Rolex Annika Major Award after winning the Evian Championship for her second major victory of the year. Ko burst on the LPGA scene at the 2015 edition of this tournament when she finished in second place in Scotland. This year, Ko makes just her third appearance at the AIG Women’s British Open where she missed the cut in 2018.

Lexi Thompson- Lexi Thompson enters the fifth major of the year off a missed cut at the Evian Championship. Thompson skipped the 2018 AIG Women's British Open to take a mental break from the game. She brings a strong history in her return to the tournament, finishing in the top 20 in her prior three starts. Her best finish was T8 in 2016 at the Milton Keynes course. 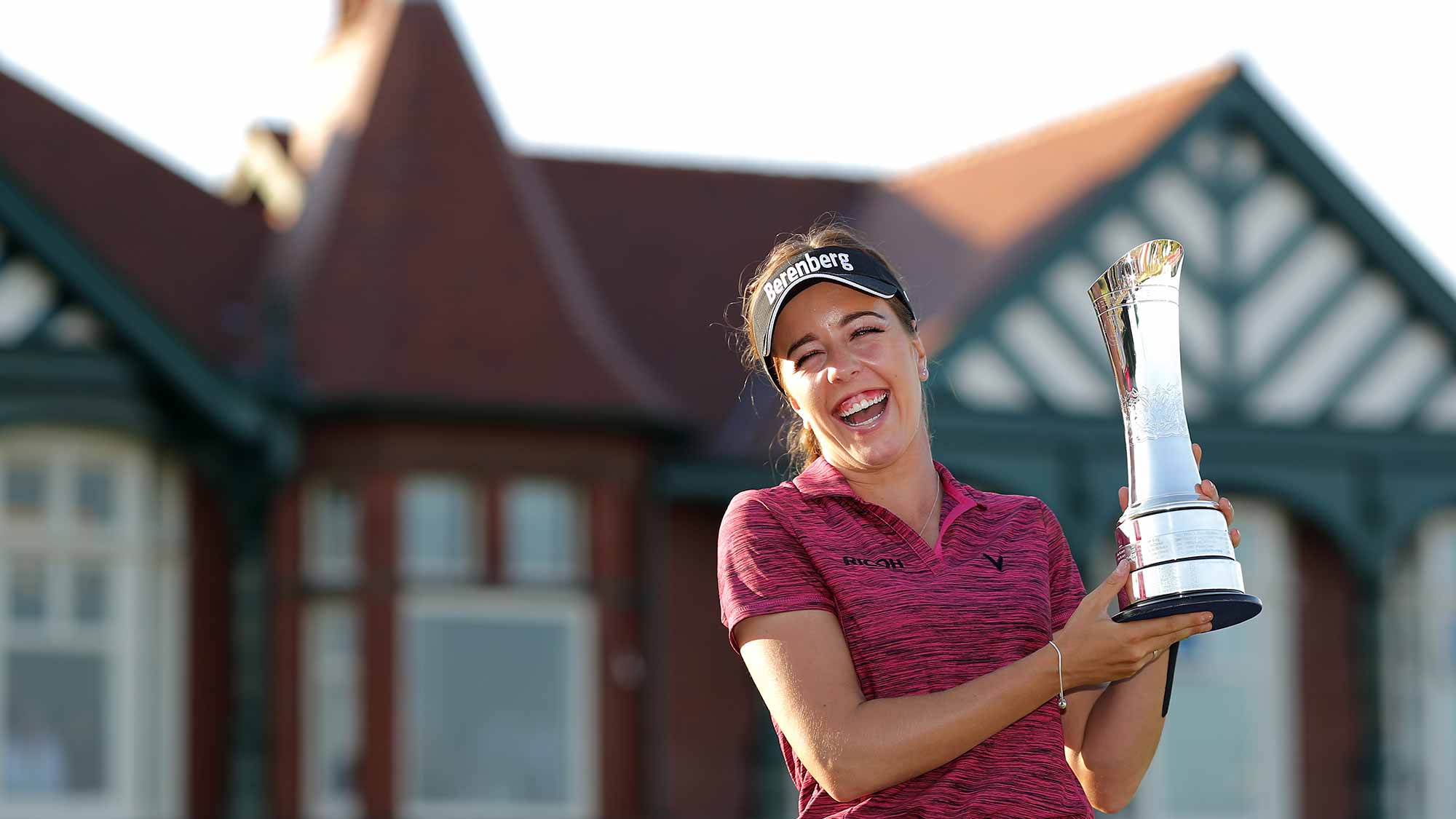 Georgia Hall made history with her victory in 2018 at Royal Lytham & St. Annes, where she became the first Englishwoman to capture her country's major championship since 2004. Hall had her best finish of ninth place this season at the inaugural Diamond Resorts Tournament of Champions. Hall’s second best finish was at the third major of the year, a T26 at the KPMG Women’s PGA Championship. 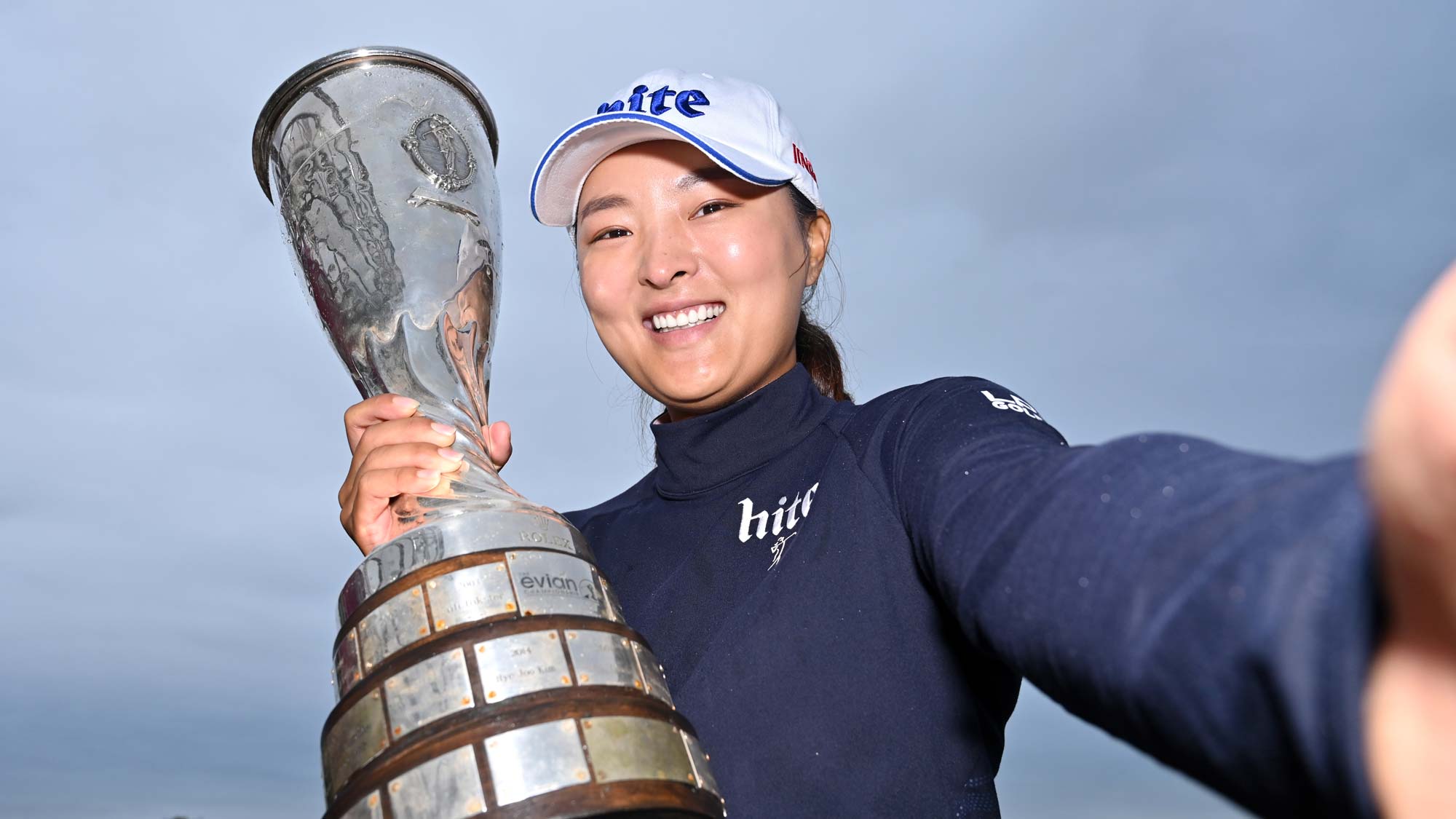 With one Major left, here is the current leaderboard of the Rolex Annika Major Award. In order to win the award, a player must win at least one major. 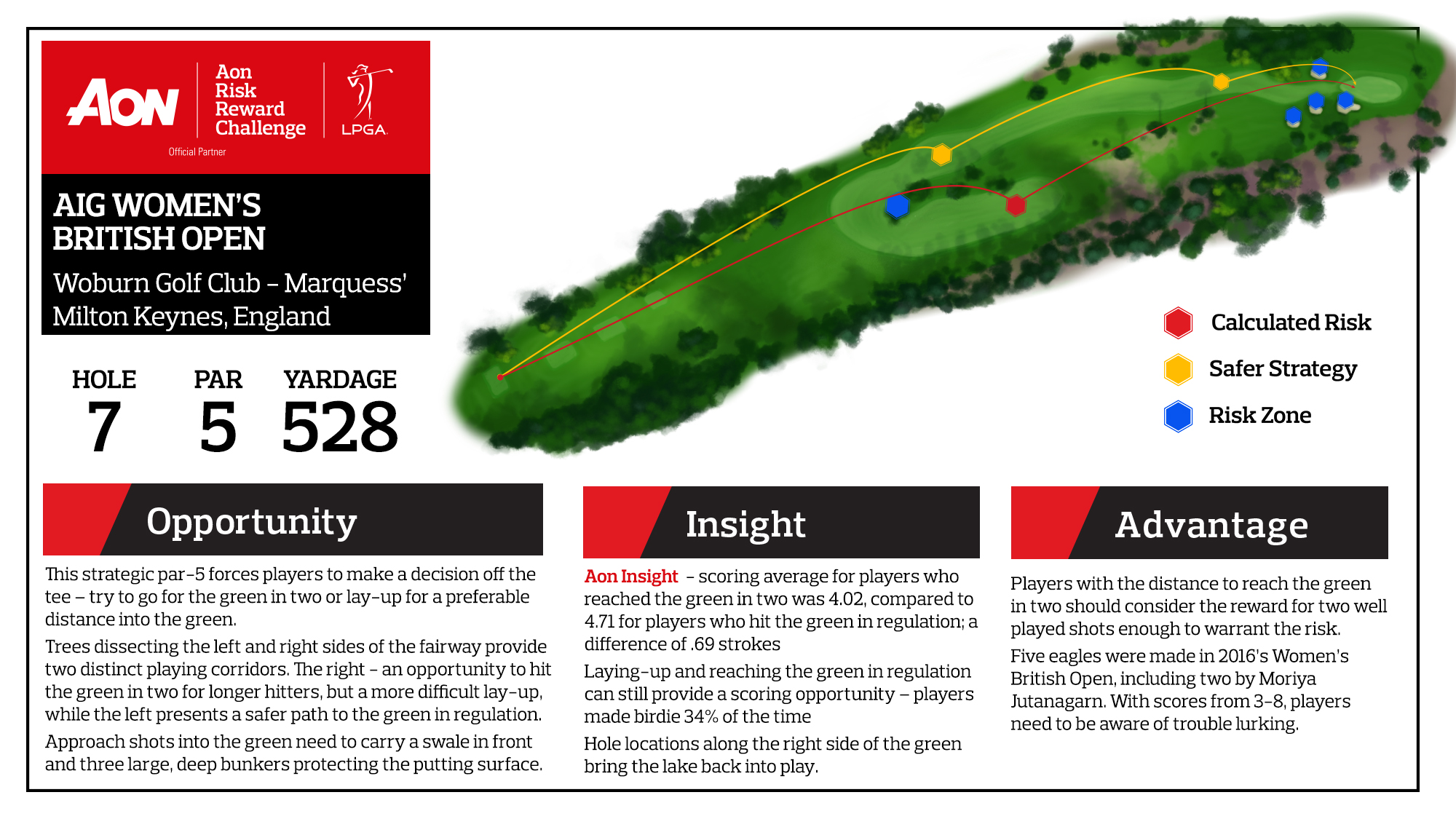 The designated Aon Risk Reward Challenge hole at the AIG Women's British Open is the 528-yard seventh. This par 5 is the signature hole on the course and sets up as a wonderful risk-reward opportunity because of the split fairway. Players can opt to play the hole as a conventional par 5 by going up the left side, or instead take the risk of playing up the right fairway in a bid to reach the green in two. 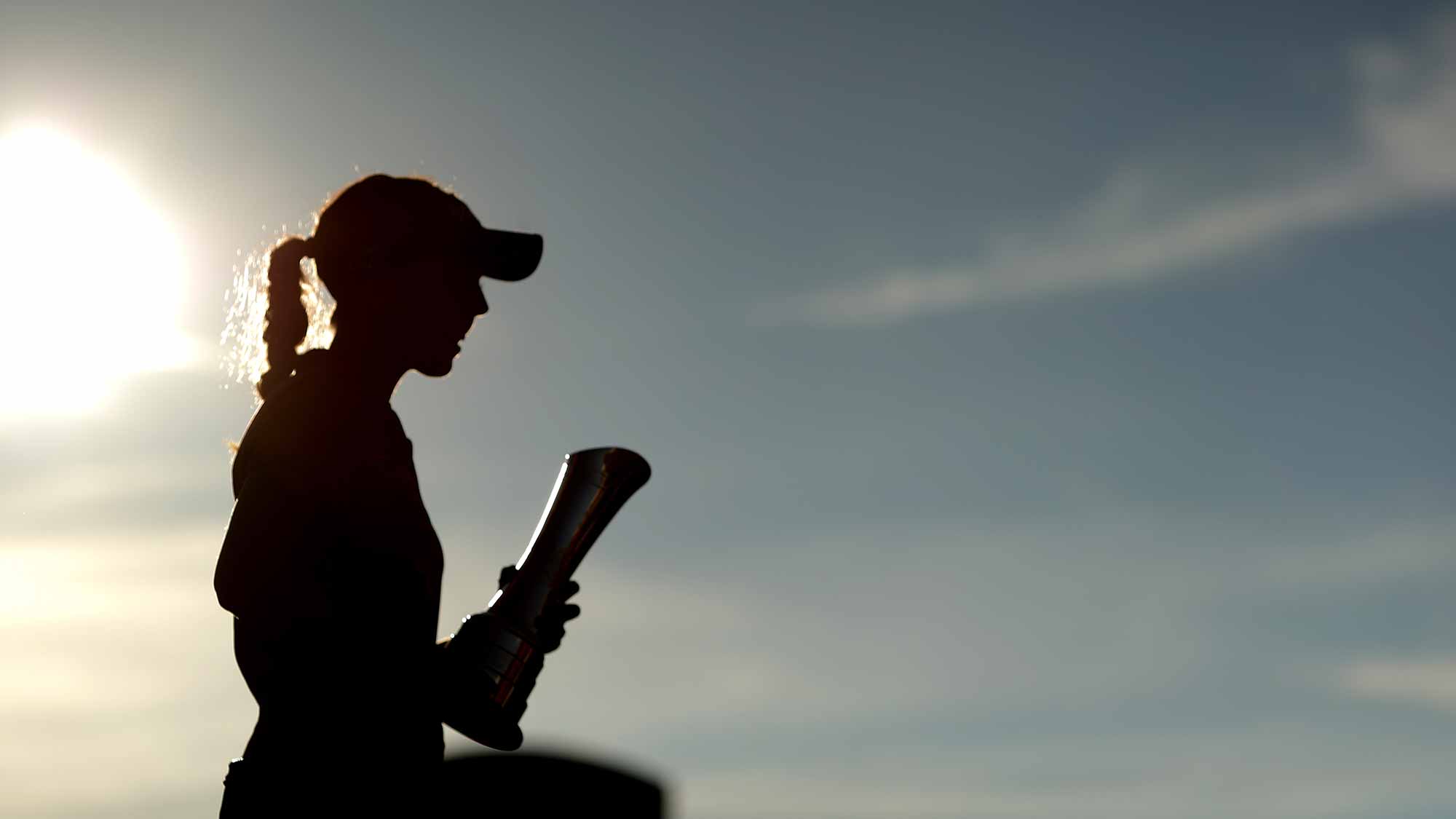