Inbee Park- The 2016 Hall of Fame Inductee returns for her first event since the Evian Championship in 2018. If the formula from last week holds, Park will find herself in the winner’s circle after 72 holes. The winner in 2015 and 2017, she looks to continue the odd year magic trend that delivered Amy Yang her victory last week.

The HSBC Women’s World Championship is a hot and cold tournament for the Olympic Gold Medalist, as she’s had one top 10 outside of her two wins in 11 appearances. Her best round came in her 2017 closing 18, where she moved up from fifth place to first with a 64, going 32/32 to beat Ariya Jutanugarn by a stroke.

So Yeon Ryu-The world’s No. 4 golfer makes her second appearance of the season after a T29 finish at Honda LPGA Thailand. In six events at HSBC, she’s had three top 10s alongside a T11 and T16 finish. Her lone outlier was a T44 result in 2016, the only time she failed to finish under par at this tournament. You can add her to your Sunday watch list, as the closing rounds for the two-time major winner since the tournament changed courses have been the predominant part of her performances. She shot a 66 and a tournament best 64 the last two years.

Michelle Wie- Wie’s return to the victory circle here last season was her first win since 2014, when she won the US Women’s Open. The tournament’s switch to the Tanjong Course from the Searpong Course at Sentosa Golf Club in 2017 has treated the Stanford alum well. She’s won and finished tied for fourth at Tanjong, while only finding one top ten finish in seven appearances at the Searpong course.

Wie returned last week in her first event of the season after recovering from offseason wrist surgery. The last club the five-time winner was able to swing was her driver, which was just under a month ago. She showed no signs of rust with it in Thailand; she hit the fairway 75% of the time over the return, soundly beating her 128th ranking of 65.81% of fairways found last season.

“I don’t know. Even my friends ask me, too, and I really don’t know.” Amy Yang on her winning the Honda LPGA Thailand on the last three odd years. 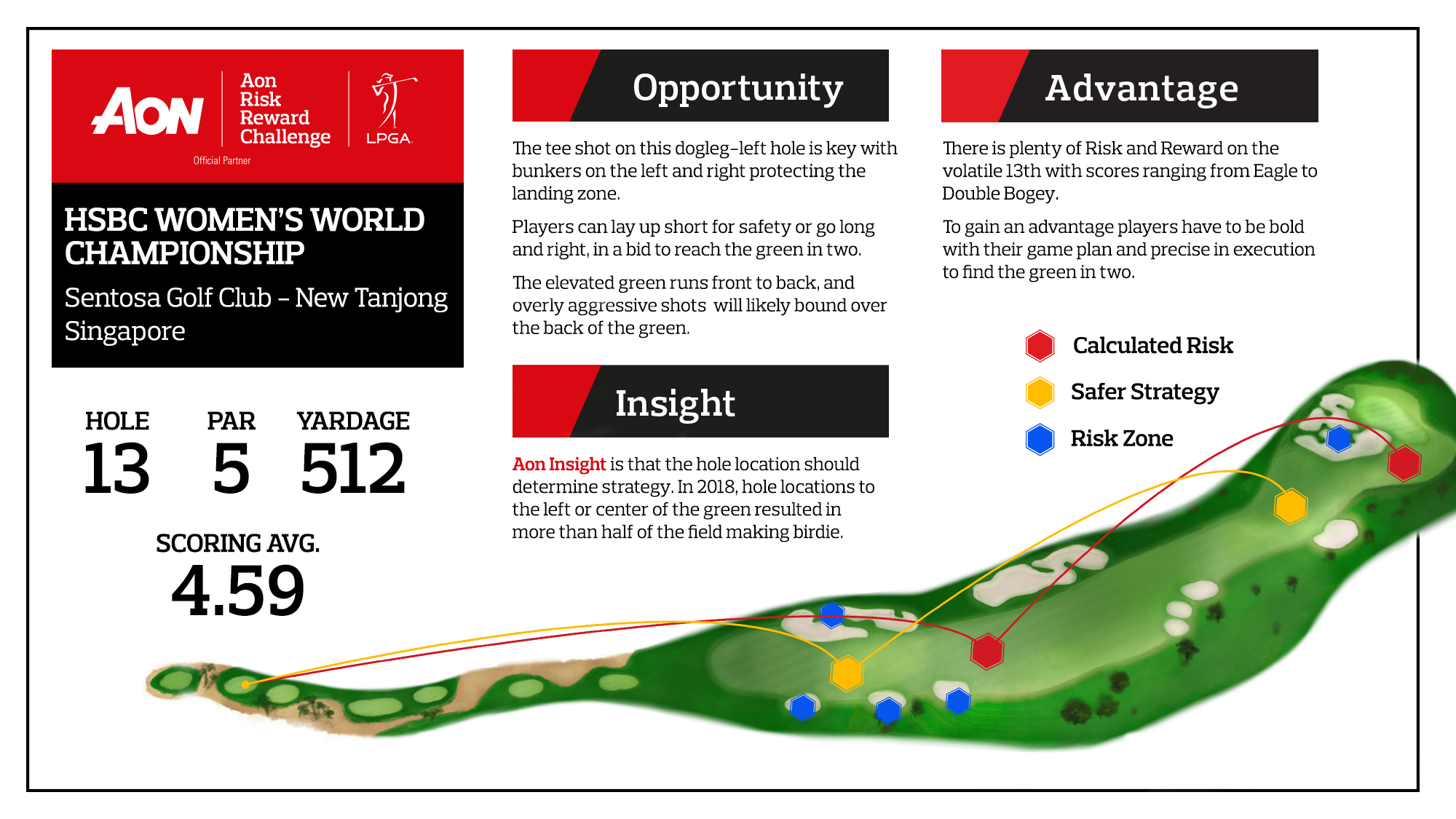 The tee shot on this dogleg-left par 5 is key with bunkers on the left and right protecting the landing zone. Players can either tee up short for safety or go long and right, shy of the bunkers, in a bid to reach the green in two. Care is needed with a bold approach here, since a deceivingly elevated green which falls away to the back will skittle over hit shots.

5 meets 6- This is the first LPGA event where Jeong Eun Lee, also known as Jeong Eun Lee 5, and Jeongeun Lee6 will play in the same event as LPGA members.Lee6 added 6 to the end of her last name as she’s the sixth Jeongeun Lee to play in the Korean LPGA, the KLPGA. Lee6 is currently leading the LPGA in greens in regulation at 81.9%.

One Last Swing- This is the fourth and final event of the opening international swing. The next event will be back in the United States, the Bank of Hope Founder’s Cup in Arizona starting March 21st.