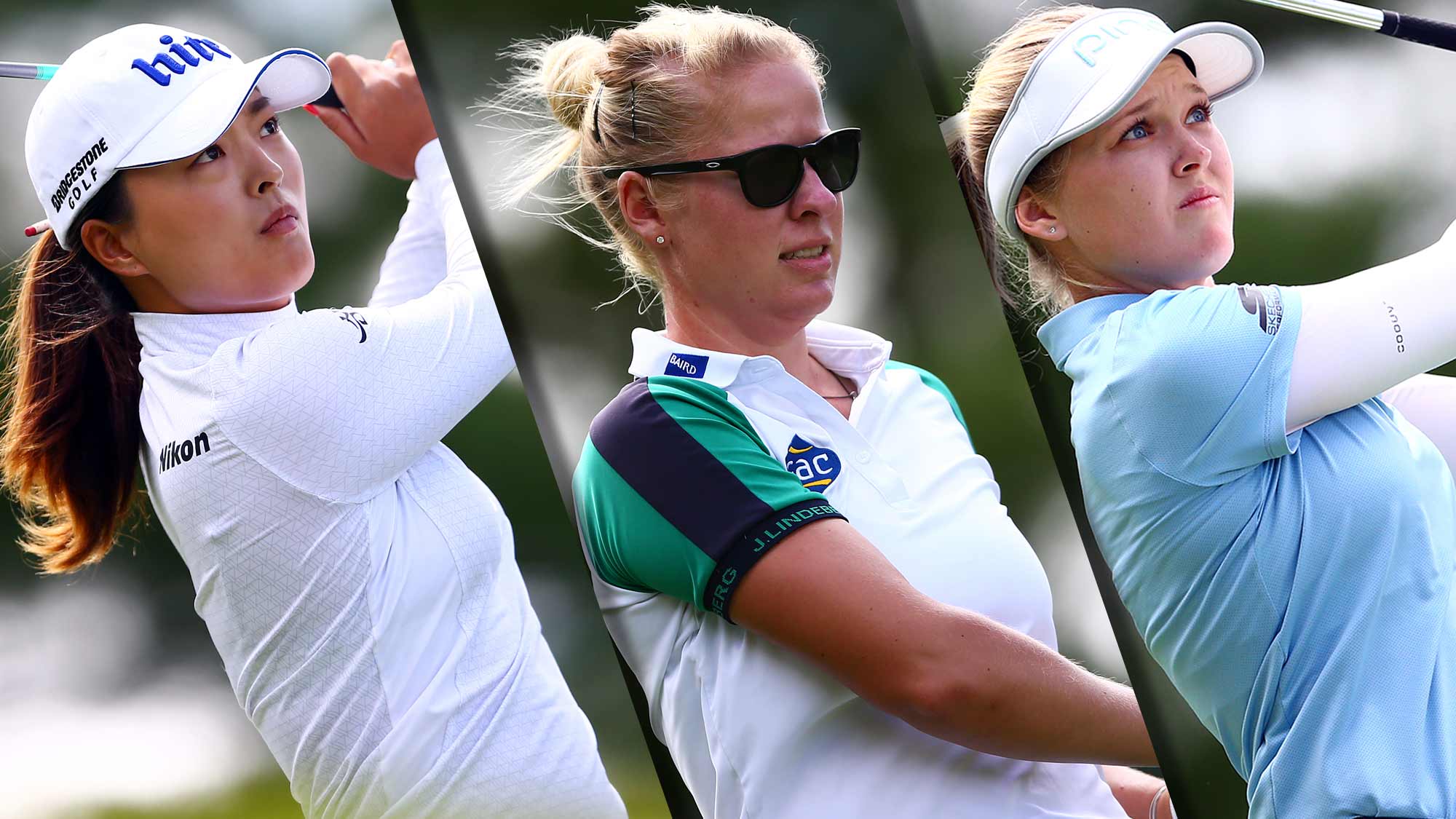 Storylines abound in Sunday’s final group at the CP Women’s Open. Rolex Rankings’ world No. 1 Jin Young Ko is chasing her fourth victory of the season, a feat that hasn’t been achieved on Tour since 2016. Heading into Sunday’s final round, she’s tied for the lead with Nicole Broch Larsen, who is in the hunt for her first victory on Tour. The only other time she’s led on Tour was also in Canada in 2017 at the CP Women’s Open. Defending champion Brooke Henderson rounds out this trio. She mounted an incredible comeback to play her way into the final group on Sunday. After going two-over par through her first six holes on Saturday, Henderson went 9-over par on her remaining holes to climb back into contention. At one point on Saturday she trailed by as many as eight strokes. She’s looking to successfully defend her title for the third time on Tour. 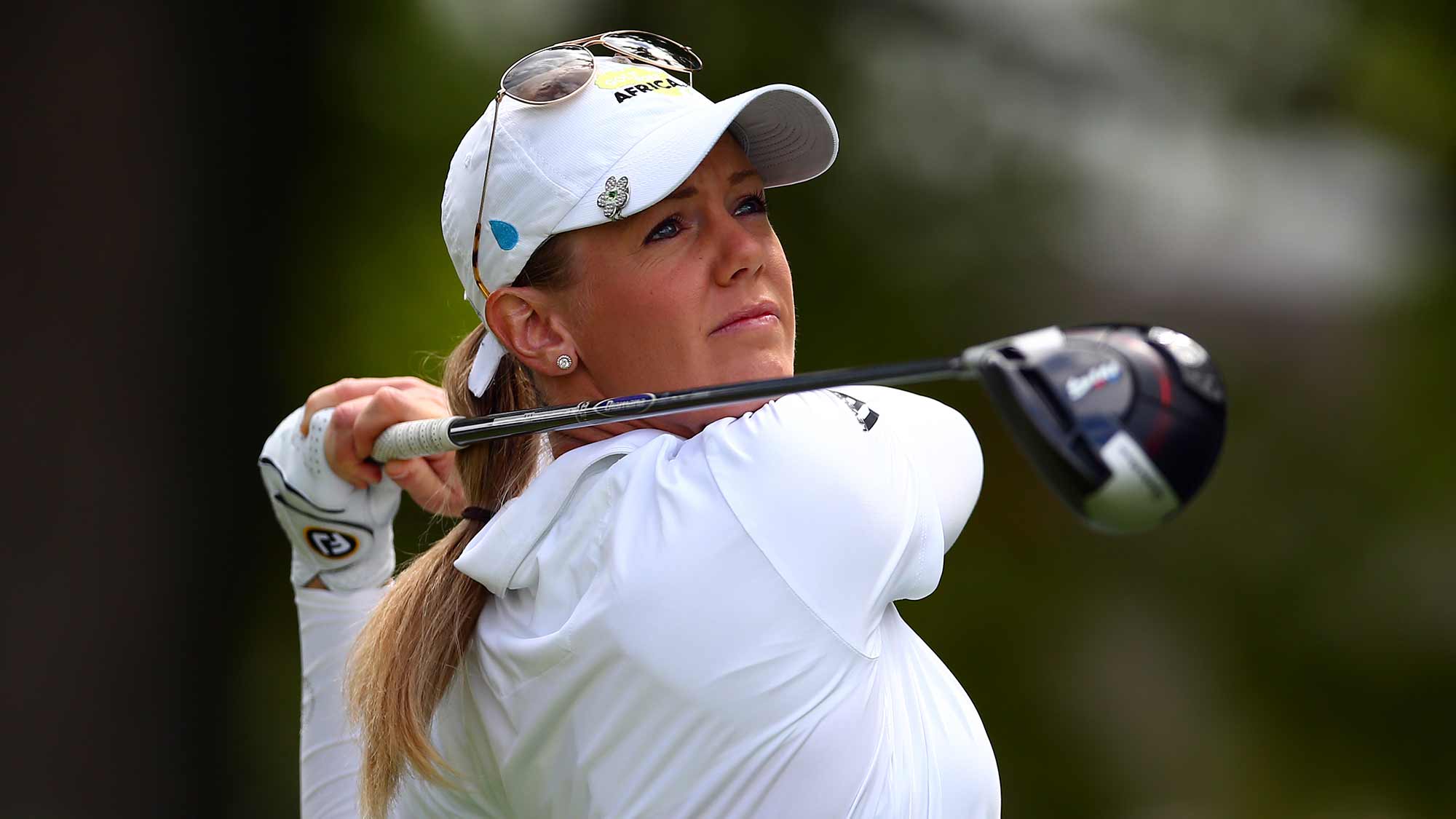 Saturday, Wei Ling Hsu matched her low round of the year with a 65 on moving day to jump from 11th to fourth place and five-strokes back heading into the final round. Hsu is in the hunt for her first win on Tour and will need another low round come Sunday to have a chance and entering the winner’s circle. Her playing partners, Nasa Hataoka and Amy Olson, enter the final round 6-strokes back of the leaders. Hataoka knows what it takes to go low on Sunday, she carded a final round 63 at the 2018 Walmart NW Arkansas Championship for her first win on Tour. Olson will also need to make up significant ground on Sunday as she looks to win for the first time. She’s also hoping to make a statement to Solheim Cup Team USA captain Juli Inkster in hopes of possibly earning one of her two captain’s picks, which will be named on Monday. 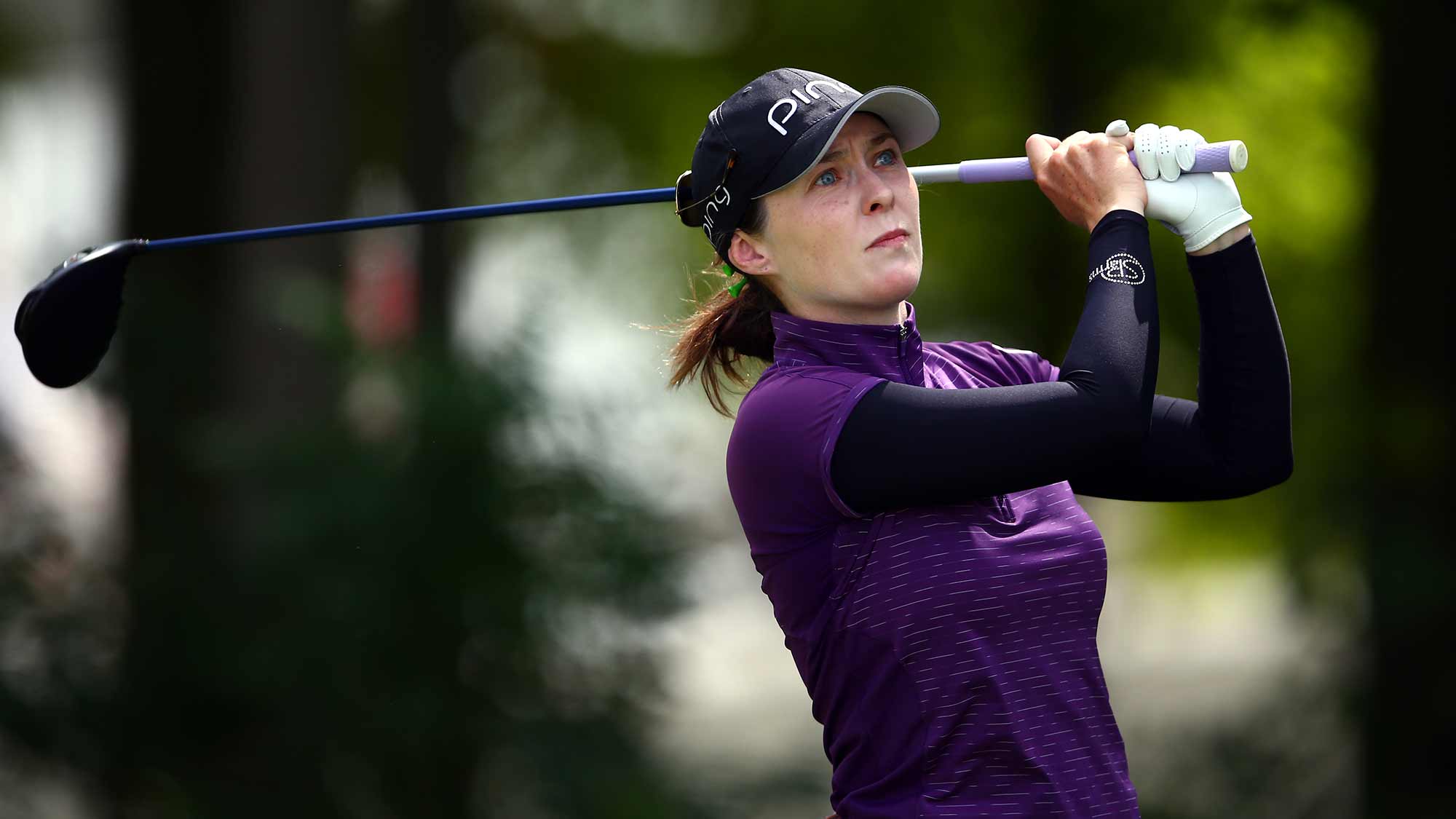 The Solheim Cup’s Team USA will be finalized upon completion of the final round of the CP Women’s Open. The top eight players in the point standings will automatically qualify along with the top two Americans in the Rolex Rankings who aren’t already qualified via the point standings. Once the team is finalized, Team USA captain Juli Inkster will make her two captain’s picks.

This week, Amy Olson dramatically increased her chances of making her first Solheim Cup Team. Olson enters the final round T5 at 12-under par, 6-strokes back of the lead. She’s ranked at No. 50 in the Rolex Rankings and can play her way into the second qualifying spot, as Angel Yin will likely take the other rankings spot at No. 32 in the world.

The first seven of eight spots in the Solheim Cup point standings have already been locked up. The eighth and final spot remains in flux. Brittany Altomare currently holds the spot with 257.50 points. She’s T22 heading into Sunday and has the most different scenarios in which to qualify. Ally McDonald, who is No. 9 in the standings with 250.50 points, is T45 heading into the final round. She needs to finish 17th or better to have a chance at moving into one of the eight qualifying spots. Yin could also qualify via the point standings but would have to win with McDonald finishing fifth or worse and Altomare finishing 10th or worse. 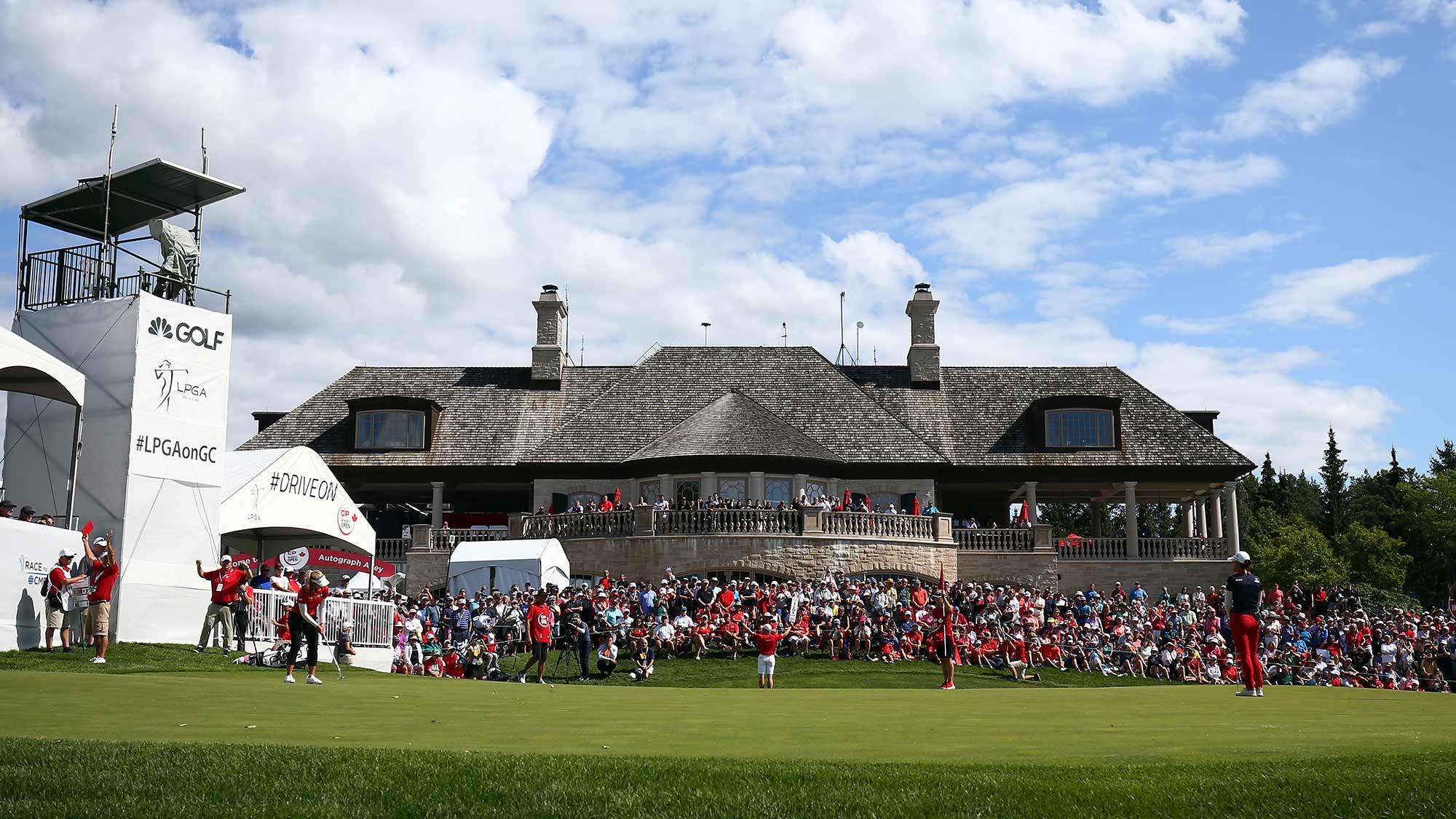 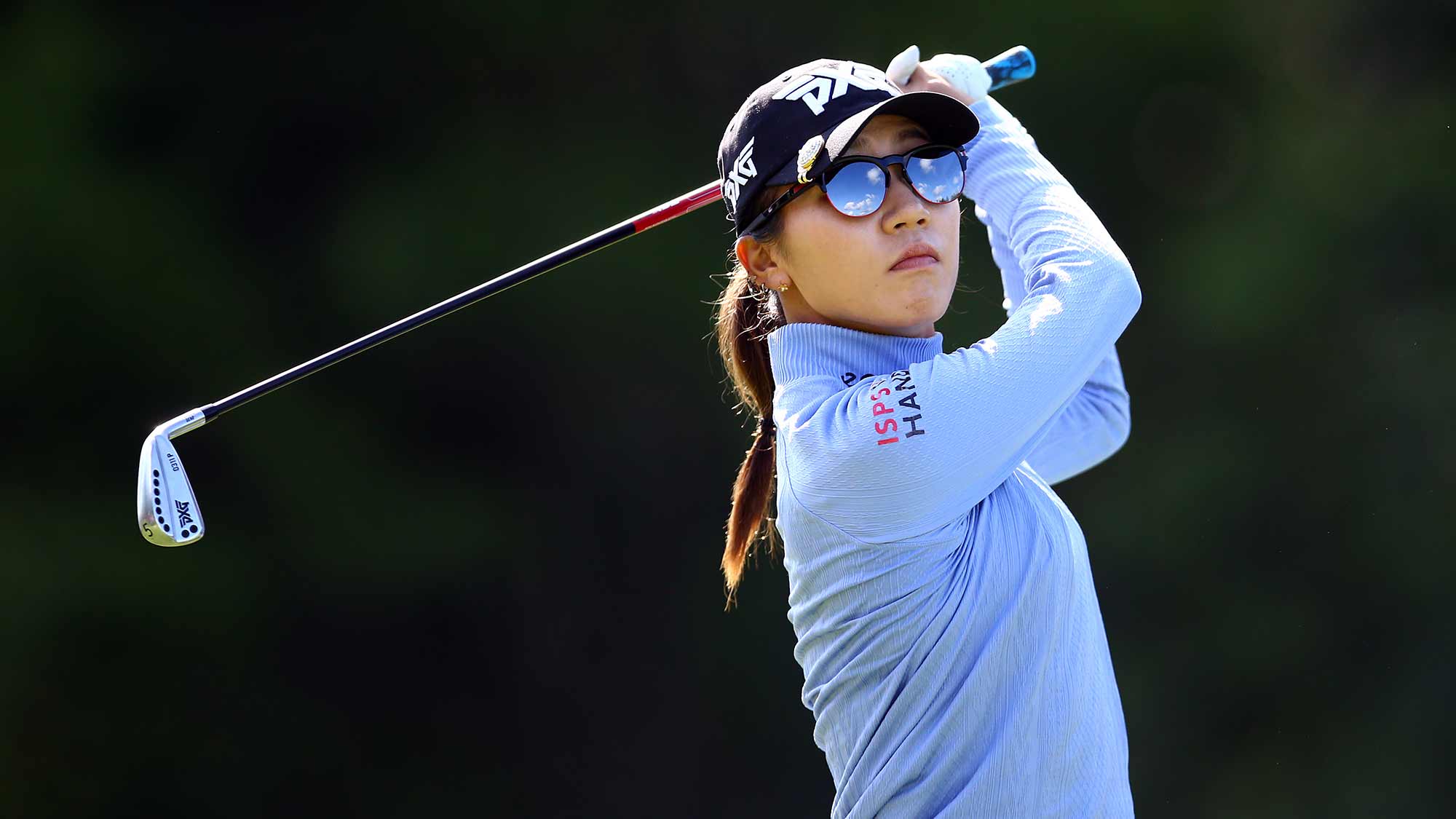 10 – The number of different countries represented inside the top 10