A tier of players have separated themselves from the pack, with Sung Hyun Park, Thidapa Suwannapura, Inbee Park and Chella Choi all two or three shots ahead of the rest of the field. Twelve other players are within five shots of the lead, with plenty of time to move up the leaderboard.

The leaders are last off. The course has played more difficult in the afternoon, with the wind picking up and the greens becoming worn as the day progresses. Both Suwannapura and Park have shot the exact same rounds, (-6) in their opening morning round and (-4) in the afternoon round.

Park looks to set herself up to accomplish her new 2019 season goal after already becoming the Rolex Women’s World Golf Rankings No.1, and Suwannapura is chasing her second career appearance in the winner’s circle.

Minjee Lee had two second place finishes this year, failing to post a round over par since the ISPS Handa Vic Open in her sixth tournament of the year. A repeat of her ace at the 16th in 2016 would vault her up the Aon Risk Reward Challenge standings this year.

Mariajo Uribe’s patience has paid off with her new coach, as her putting has put her in contention this weekend. She’s made her second cut of the season, sitting three shots back of the lead at T5. The 10-year LPGA veteran is still looking for her first career win. 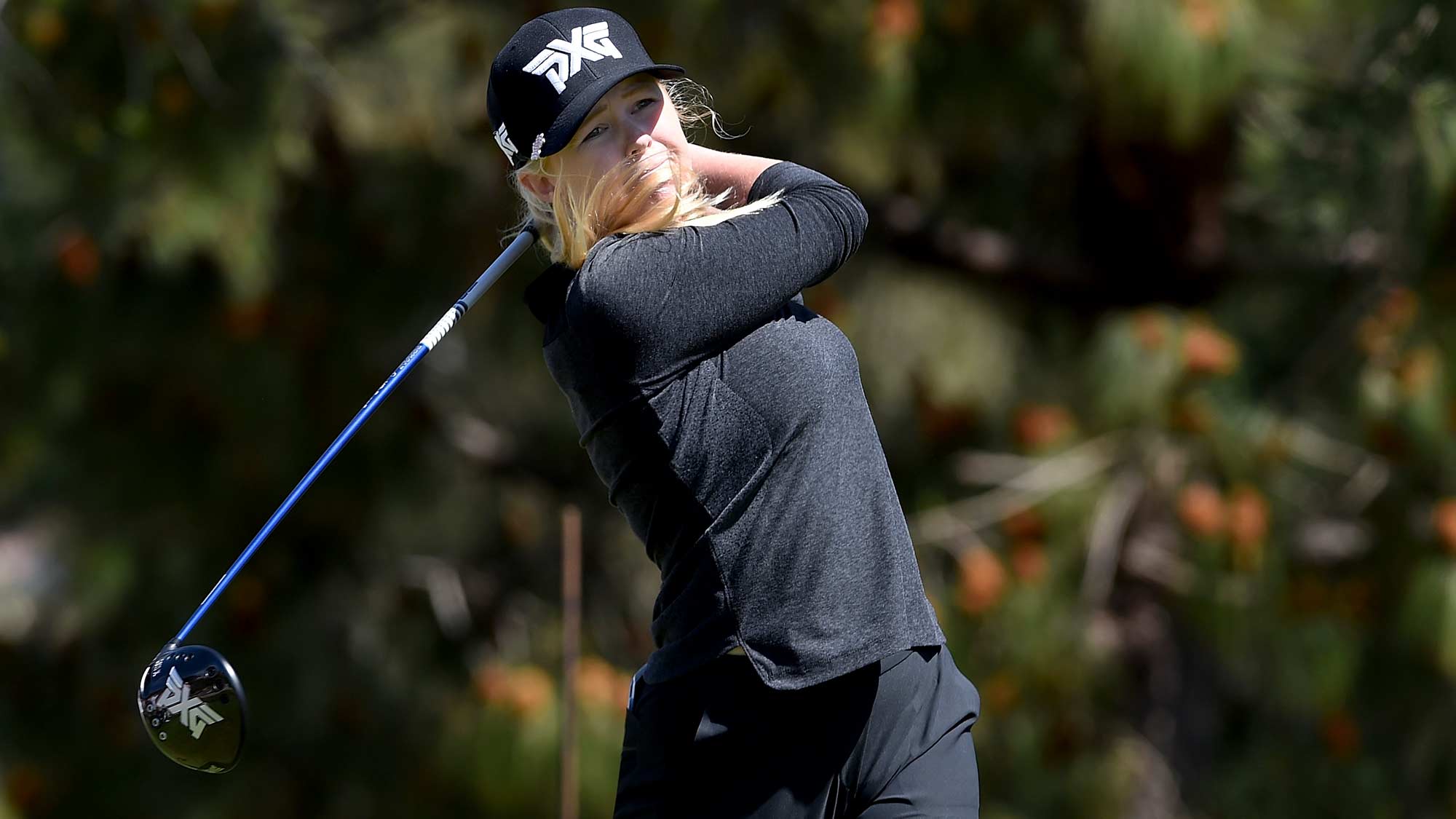 Stephanie Meadow backed up an opening round 67 with an even par effort to sit T9 through 36 holes. Meadow has made $9,612 dollars this year, needing to roughly double her money to make it into the top 80 on the season’s money list. That, along with winning this week’s event, are the two roads available for Meadow to qualify for the ANA Inspiration next week. A 48th place finish or better would punch her ticket to Palm Springs.

Lindy Duncan is rebounding after missing the cut in Phoenix last week. She’s looking to carry her strong play into her first top 10 of the season before heading off to the opening major of the year.

The cut line held at +1 from the start to end of the second round. Notables to miss the cut include Brooke Henderson (+2), Megan Khang (+3), Lizette Salas (+2), and Carlsbad local LPGA Rookie Alana Uriell.

2020- Model of the Kia Telluride the winner will take home

285- The yardage of the 16th hole this weekend, a drivable par 4 for the Aon Risk Reward Challenge.

78- The number of players that made the cut

0- The number of bogeys the two leaders have carded this week.