The Rolex Women’s World No. 1 sits atop the leaderboard at (-17), as Sung Hyun Park broke Sei Young Kim’s 36-hole scoring record at the Thornberry Creek LPGA Classic. It was bolstered by not one, but two runs of four birdies in a row to shoot (-10), matching the tournament low of Yu Liu.

Sitting a stroke behind is the polar opposite of Park: Yealimi Noh, who Monday qualified to get in and is making her first appearance as a professional in an LPGA event. She turned professional in January, forgoing a scholarship with UCLA to pursue her professional dreams. As she told LPGA.com after her round, “All the hard work, all the months of not knowing where I’m going to play and what I’m going to do, finally playing here is really like a dream come true.”

Ariya Jutanugarn rode consistent play to sit two back, firing off (-7) and (-8) on Thursday and Friday respectively. It’s a combined total of 129, her lowest career total over the opening 36 holes of a tournament. When Jutanugarn has shot 133 or less over the first two days, she’s won the tournament four out of six times in her career.

It’s been six straight rounds for Park in the 60s, and there are no signs of slowing down. Park’s put herself in position to aim for her third victory on the year. She missed the cut at Thornberry Creek last year, but she took more time in the Oneida nation and studied with her caddy to come up with a game plan for this year. Stating the obvious, it’s clearly been effective.

Park would lead the LPGA in wins with her second consecutive victory. It’d be her third, putting herself over halfway towards her goal that she declared at the Kia Classic, that she wants to win five times this year.

As Yealimi Noh’s hometown band Journey’s epic ballad goes, Don’t Stop Believin'. The California native is making the most of the opportunity she earned on Monday. As she detailed to the SF Chronicle when she turned professional, she hoped to pull a Brooke Henderson by Monday qualifying and winning to earn her LPGA Tour membership.

Noh is no stranger to the winner’s circle. She won three straight consecutive amateur events in July of 2018, the Junior PGA in Kentucky, the U.S. Girls Junior in California, along with the Canadian Women’s Amateur held in Vancouver.  She’ll hold onto that feeling as she’s in the final pairing of the day. 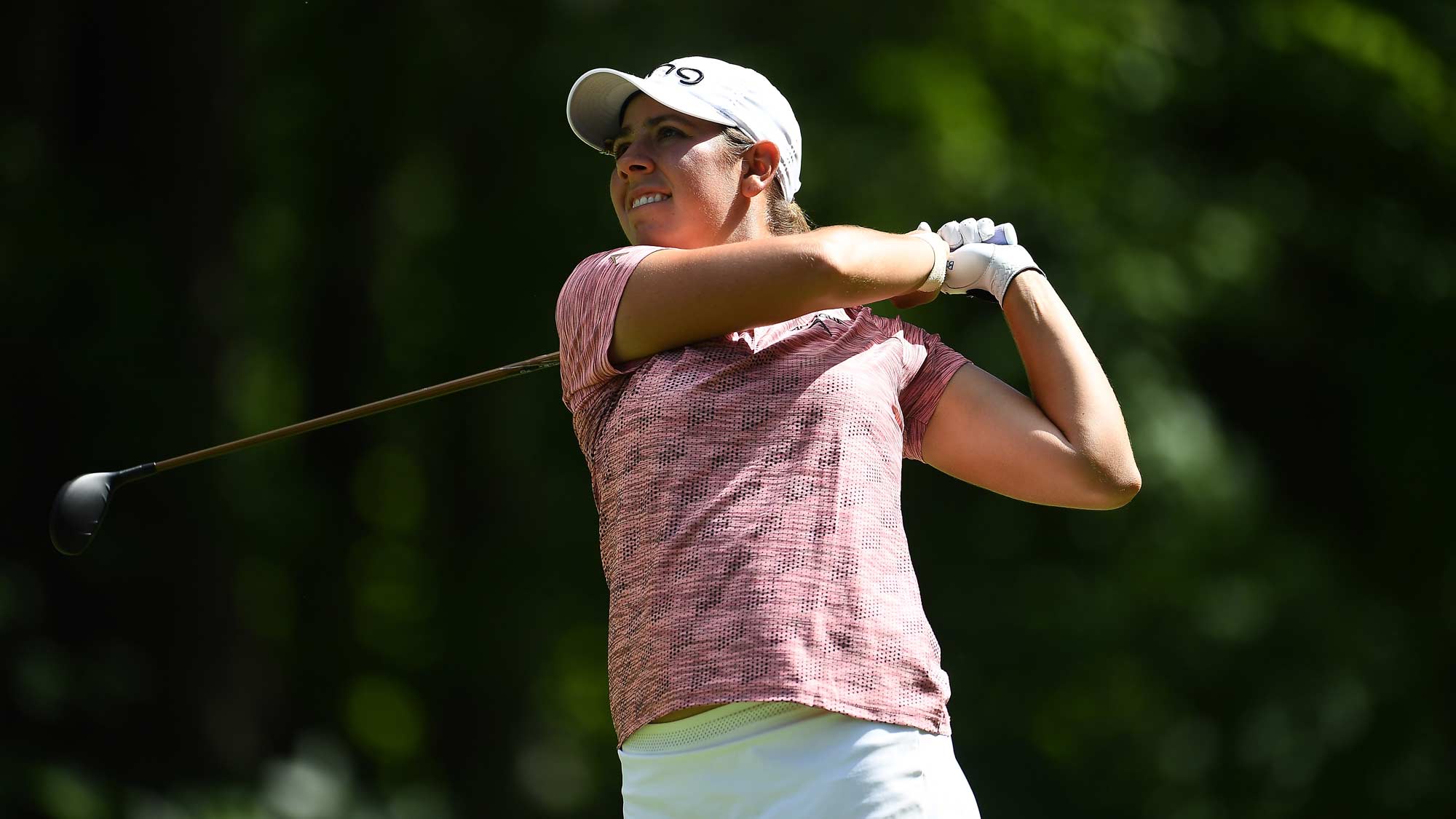 Match play involves the skill of going low in a hurry. Gillman did exactly that in her second round, going seven-under over a six-hole stretch, the 11th through the 16th. Gillman was the lone rookie to be invited to Team USA’s bonding event. Her only avenue to the team is a captain’s pick, and she has another opportunity to prove to captain Juli Inkster that she’s worth one.

McDonald is sitting in 11thplace on the Team USA Solheim Cup points list, trailing Brittany Altomare by 34 points. Altomare, along with the two players in 9th and 10th place, Cristie Kerr (224.5) and Angel Yin (217), are not in the field this week. McDonald has an opportunity to leap frog those in front of her and chase Altomare. She would have to win to make up the gap entirely. She currently sits T20, the last position to score points for Team USA. A T20 result would net McDonald three points. 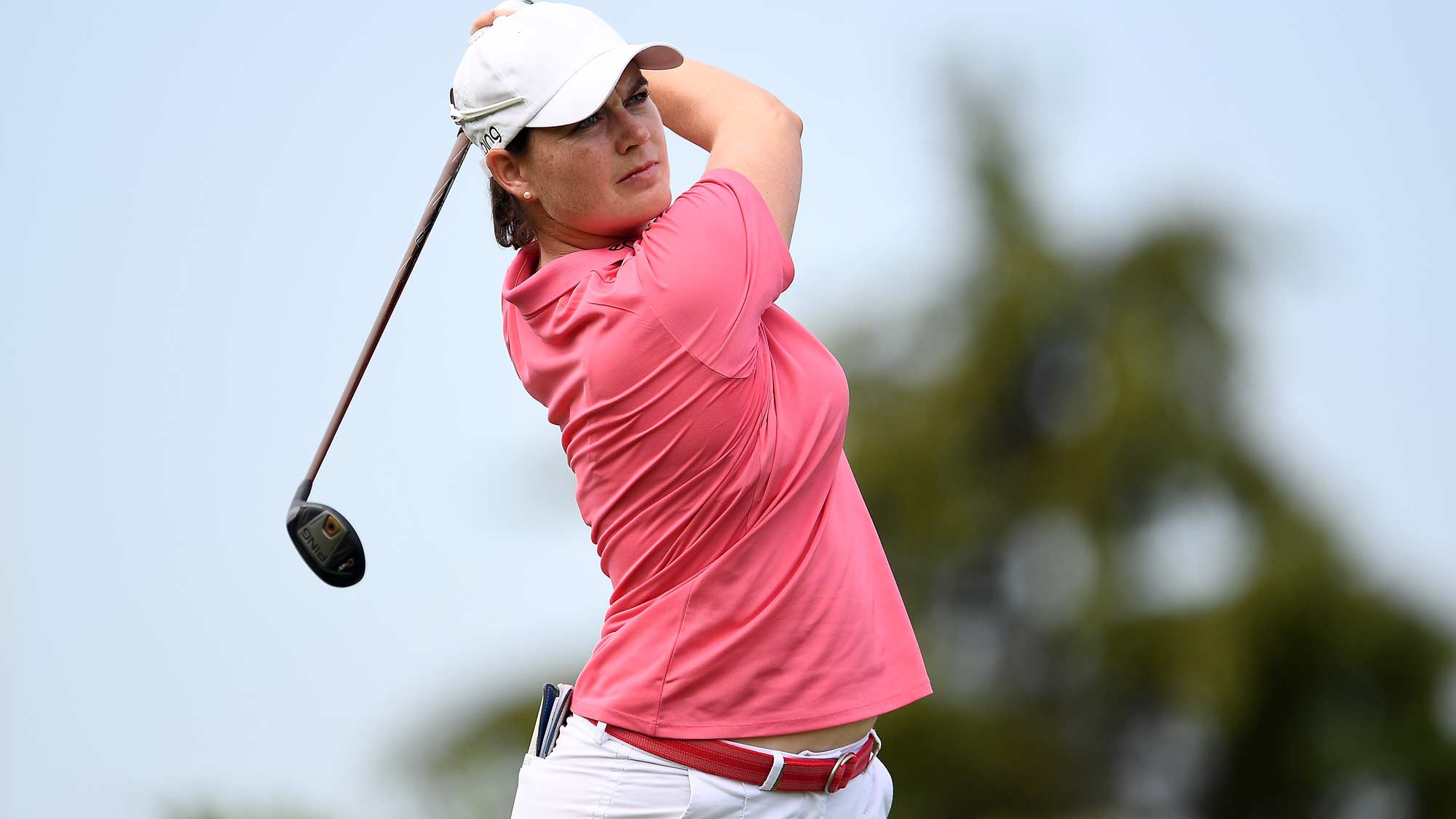 Masson holds the last of five spots awarded by the Rolex World Rankings, with a 1.85 average. The two closest players to her in the field both made the cut this week, with Jodi Ewart Shadoff (1.60) sitting four strokes behind her and Celine Boutier (1.49) a stroke behind Masson at nine under. All three players with strong performances can bolster their position in the world rankings. 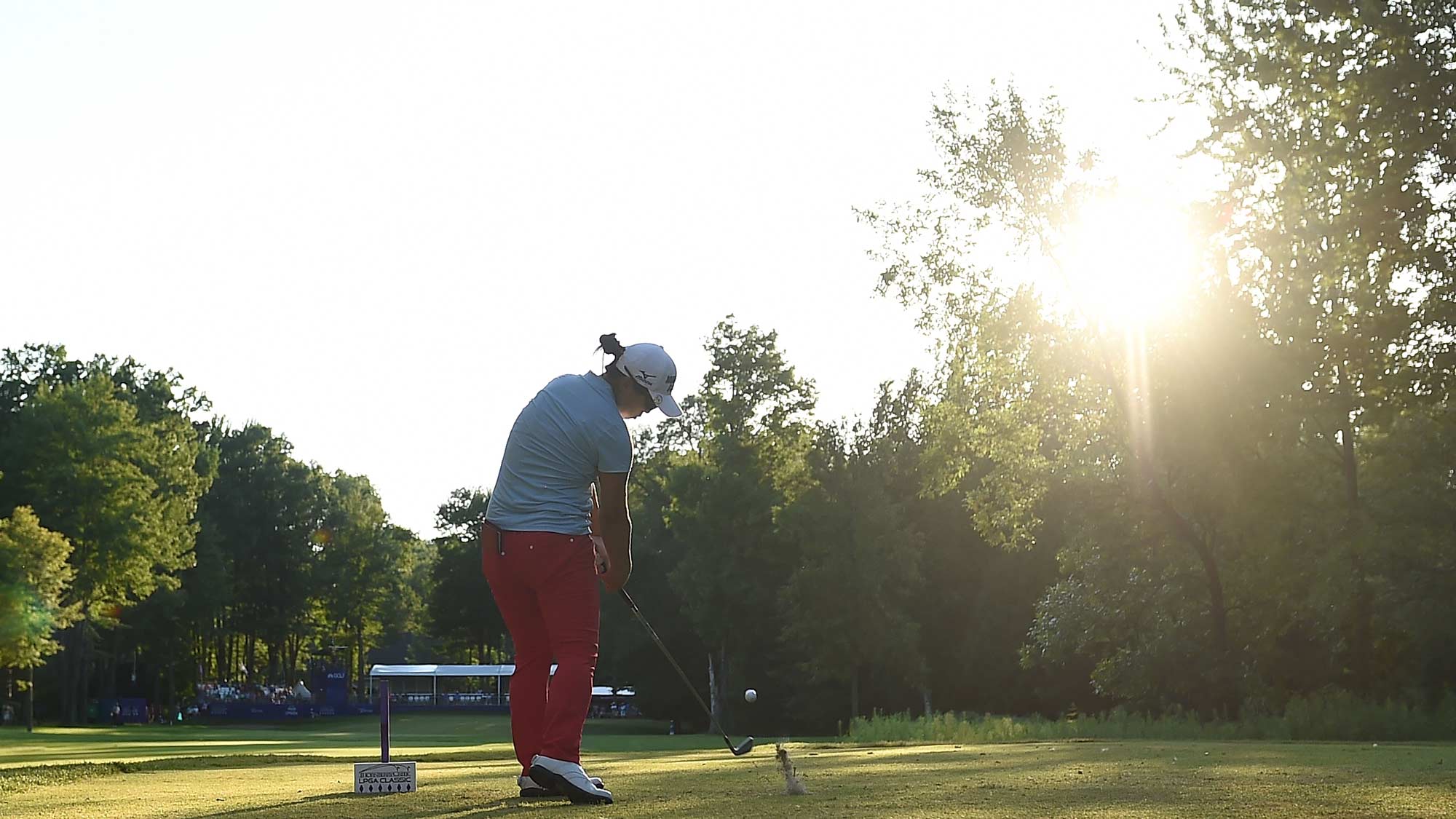 1,419- The number of days since Brooke Henderson’s Monday qualify to first LPGA victory at the 2015 Cambia Portland Classic.

9- The number of eagles recorded on the 15th, the Aon Risk Reward Hole this week.

3.5- The average number of strokes Sung Hyun Park is taking per hole.

The final two rounds of the Thornberry Creek LPGA Classic will air on both Saturday, July 6th, and Sunday, July 7th from 5:30-8:30 P.M. EST on the Golf Channel.