Hannah Green becomes a fan for a week

Hannah Green becomes a fan for a week

Her dad is from New Zealand; her mother from Scotland. But Women’s PGA champion Hannah Green is definitely an Aussie. And, this week, a golf fan. Out and about at The Australian club in support of boyfriend Jarryd Felton, Green is both an interested and informed spectator.

“The first thing that strikes me when I come to the men’s Australian Open is how big this event - and our own - have become,” says the 22-year old Western Australian. “This is the third one I’ve been to. I’m sure the crowds will be huge this week with so many good players in the field. And it will be interesting to see how the galleries compare with what we have been drawing at the Women’s Open in Adelaide.”

There are comparisons to be made inside the ropes too. The differences between men and women at the top level of the game can be both subtle and marked, depending on where you look.

“It is crazy how far the men hit their drives,” says Green. “Which makes the course very different for them than it would be for us. I’d say we would be hitting driver on just about every hole. I’m not sure the men will be doing that. If they got too close to some of the greens and weren’t on the correct side of the fairway I could see them ‘short-siding’ themselves a lot. So it will not surprise me to see them hitting long irons and fairway woods off some tees. Especially if the fairways get firmer, they will need to be patient and careful where they hit driver. 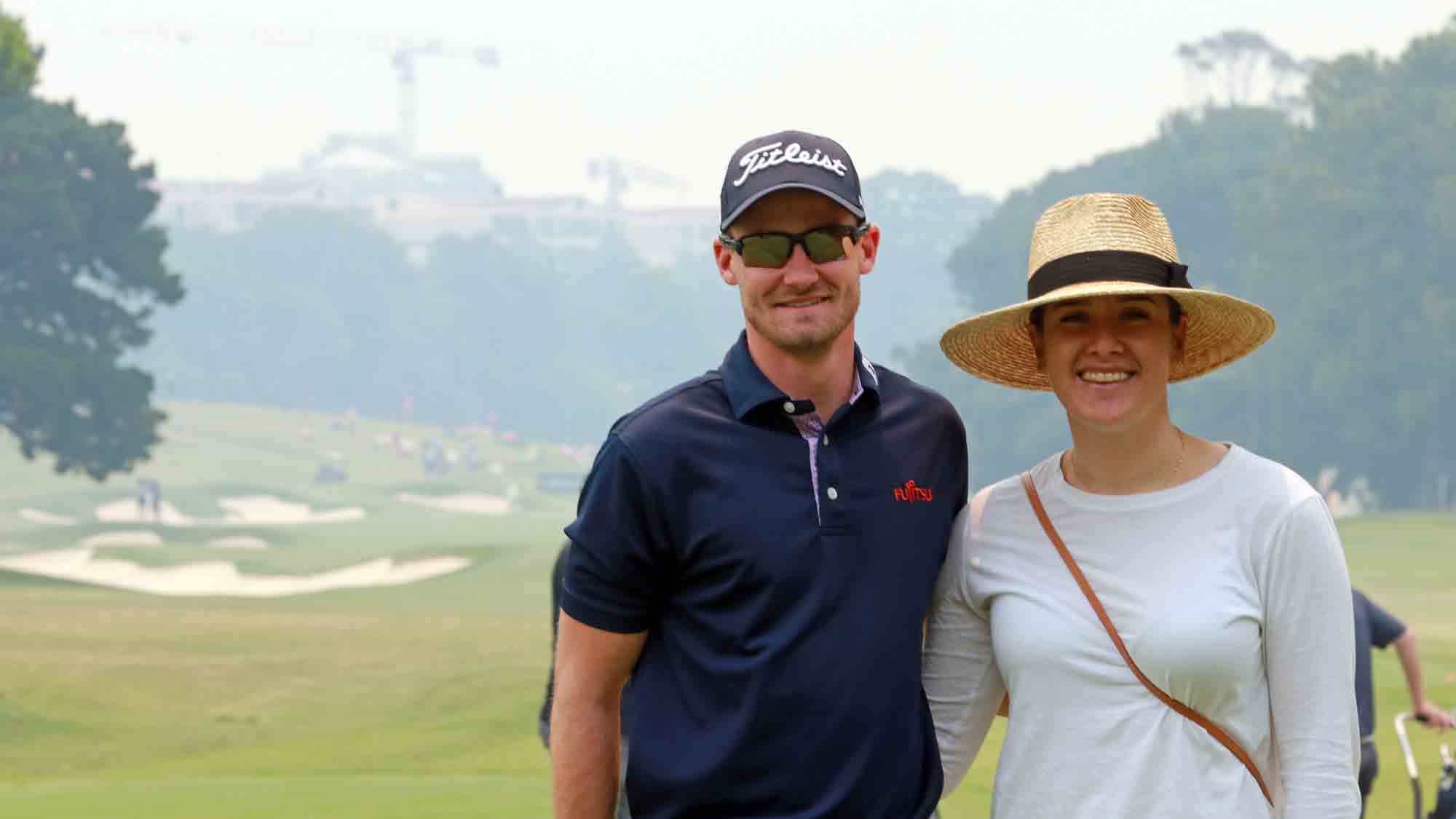 “The noise they men create at impact always makes me look up. They swing so fast and hit so hard. I’ve struggled a bit with my driving this year and my average is maybe 240-yards. A lot of  guys hit it 300 a lot and so straight. That is impressive. They have more imagination when it comes to shaping shots too. That takes a level of confidence I don’t see too often in the women’s game. On the LPGA Tour we hit the same, straight shot more often. There isn’t much variety in trajectories or ball-flights. But that does make us more consistent.”

Course-wise, Green has been quick to notice the quality of conditioning on display this week. The Australian is immaculate, a credit to the greens staff.

“Maybe the biggest difference I have noticed in the course set-up is the speed of the greens,” continues Green. “I think they are faster here than we have seen in Adelaide the last few years, although they have to protect the surfaces there because it can get so hot.

“I’m struck by how well the men putt. They are better than us, again generally. Inbee Park was the best putter on the LPGA Tour for quite some time and her average would have put her about 50th on the PGA Tour Which is crazy, even if it is hard to make a direct comparison. The men are just so good. We hit more greens, but I do feel that if I could putt like a guy I’d be in contention to win almost every week.”

As for her own career, Green’s next event will be the Vic Open in February. She is enjoying both the break from tour life and the reaction from golf fans to what was the first major victory by an Australian woman in 13 years.

“I have been touched by the reaction to my win at the Women’s PGA,” she says. “From everyone too, not just people I know. I get recognized a lot more. Even this week, when I’m walking around wearing a big hat and trying to go unnoticed. My win was six months ago now, but people still remember my clutch up-and-down on the last to win. It’s been lovely.”

As ever though, there are things to think about. This week Green has been signing papers and trying on uniforms in anticipation of her possible participation in the Olympics next year. Nothing is certain, however. There will be strong competition for places from the likes of Minjee Lee and Su Oh.

“I’m not getting ahead of myself,” confirms Green. “I’m going to let my clubs do the talking. But I’ll be disappointed if I don’t make it.”

All of which is in the future. For now, Australia’s only reigning major champion has an Emirates Australian Open to watch.