The Hall of Famer and three consecutive time winner leads off the power group off the 10th tee Thursday. Park won the tournament from 2013-2015, with a KPMG Women’s PGA of America Championship career best finish of (-19) at Westchester Country Club in 2015. She’s finished in the top 10 in six of her 12 career starts, with a T7 finish in 2010, a T9 finish in 2012, and another T7 finish in 2017 along with her three victories. Park comes into the third major of the year off three consecutive top 25 finishes, highlighted by a T5 finish at the HUGEL-AIR PREMIA LA Open. She’s finished T16 in her last two starts, the U.S. Women’s Open and at the Meijer LPGA Classic for Simply Give.

Lexi Thompson is on an absolute tear coming into this week, with three consecutive top two finishes, including her victory with an eagle on the 72nd hole at the ShopRite LPGA Classic Presented by Acer. A change in mechanics has kept her misses much narrower over the stellar stretch of play, as Thompson looks to add a KPMG Women’s PGA Championship title to her career resume. Thompson has been in the top 25 in the event in each of the last five years, including two top 10s. She finished in third place in 2015, and T7 in 2017.

Ariya Jutanugarn comes to Minnesota on an upswing in her game, with her T5 finish last week at the Meijer LPGA Classic her second best of the season. Jutanugarn tees it up for the fifth time in her career at the KPMG Women’s PGA Championship, with a third-place finish in 2016 at Sahalee Country Club. She finished off that strong performance with a 66 on Sunday, her best round of her KPMG Women’s PGA Championship career. 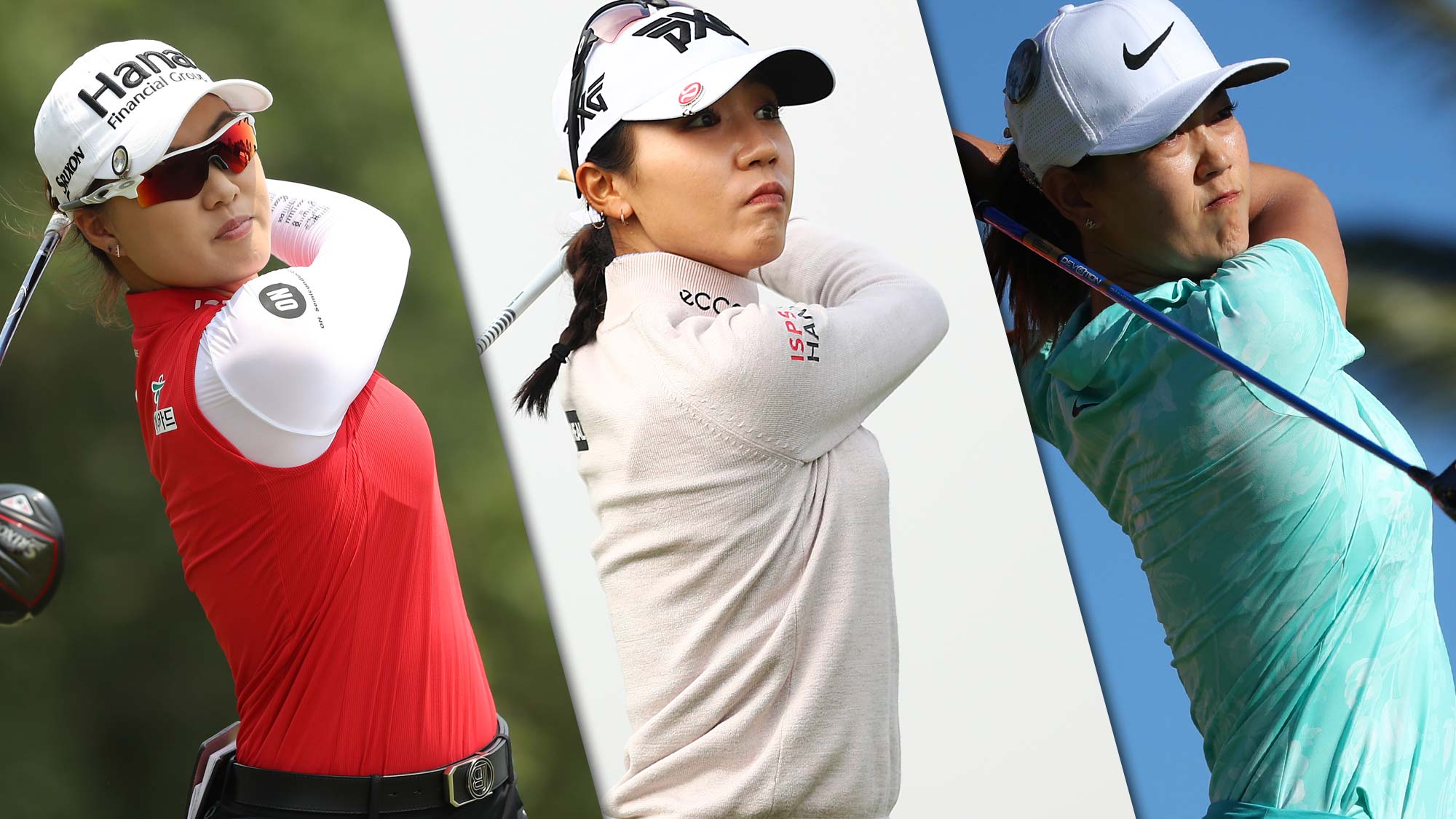 The Rolex Women’s World Golf Rankings No. 3 comes to Hazeltine National Golf Club looking for her first major victory of her career. Minjee Lee has had six straight top 16 finishes, with her victory in Los Angeles highlighting her run of consistent play. She’s making her fifth start at the KPMG Women’s PGA Championship, with her best finish of T12 coming in 2016 in Sammamish Washington. She has two other top 25 finishes in the third major of the year as well, posting T13 in 2015 and carding T25 last year.

Lydia Ko tees it up at Hazeltine National with her play trending upward, with a T16 finish last week at the Meijer LPGA Classic for Simply Give. Ko makes her seventh career start at the third major of the season. She lost to Brooke Henderson in a playoff to finish in second in 2016, and finished in third in 2014. She carded her lowest career round in the tournament last year, with a second round 66 en route to a T31 finish.

Michelle Wie returns to tee it up for the first time since the LPGA LOTTE Championship. Battling a wrist injury, Wie cited being inspired by the mindset of the Golden State Warriors to return, having only started hitting golf balls late last week. It’s Wie’s thirteenth career start at the KPMG Women’s PGA Championship, with her best career finish coming in her first appearance in the tournament. She posted a second-place finish in 2005. Wie finished T28 last year, posting an even par result at Kemper Lakes Golf Course. 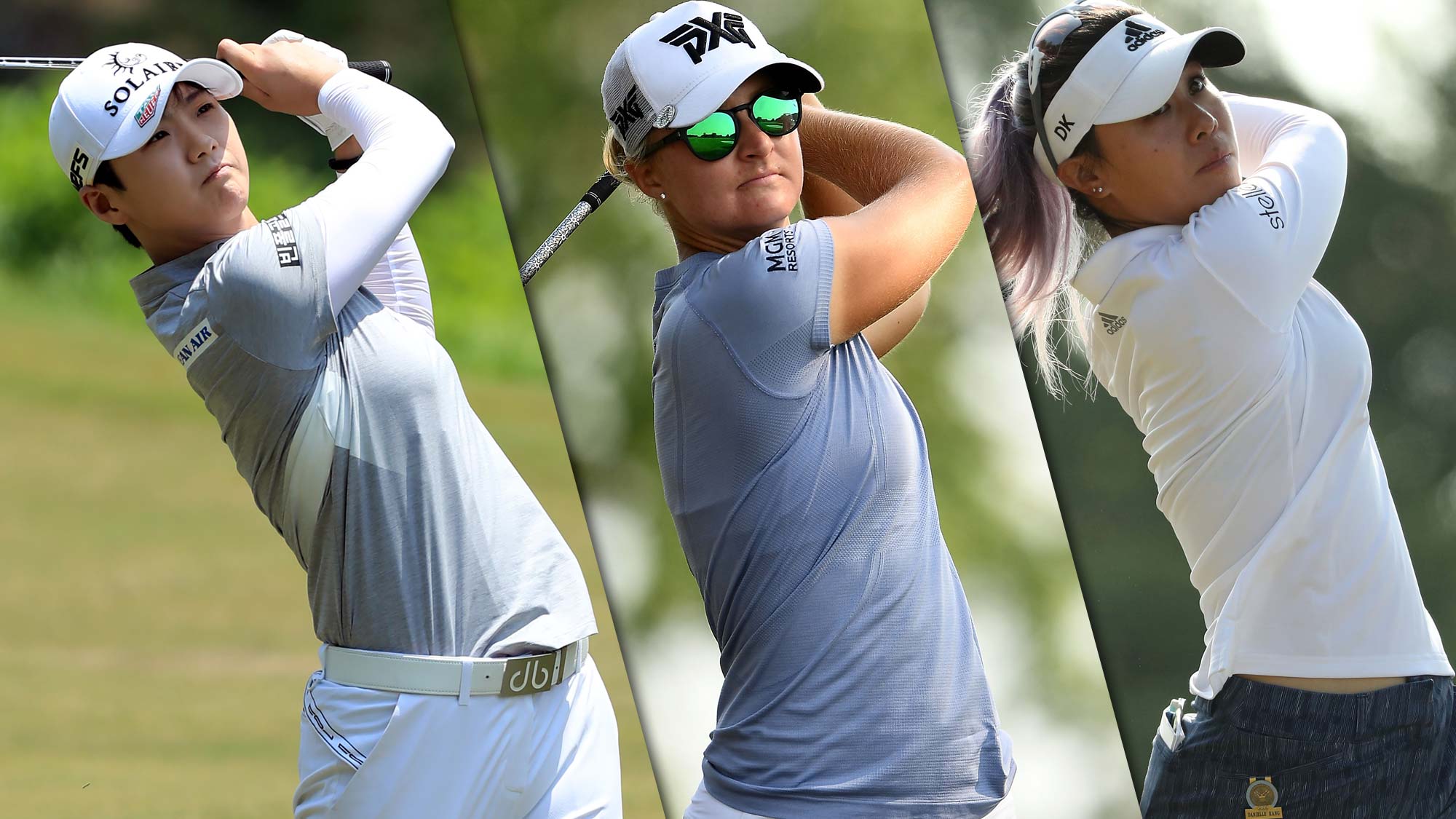 Three past champions form the 2:33 P.M. group. The defending champion Sung Hyun Park was atop the golf world back at the end of March, with a victory and a T2 finish in four starts to open the 2019 campaign. After losing the number one spot after the ANA Inspiration, Park has started to regain her footing, with a T12 finish at the U.S. Women’s Open. Park is making her third career start at the third major of the year, with a T14 finish in 2017 along with her playoff victory over So Yeon Ryu and Nasa Hataoka.

The 2017 champion, Danielle Kang, rounds out the group, rolling into the KPMG Women’s PGA Championship off a top 10 finish at the Meijer LPGA Classic. Kang returned to her stellar late March to early May form, where she rattled off five straight top 20 finishes, including four straight top 10s and a T2 finish at the Kia Classic. In her ninth career start at the third major of the year, Kang has two other top 25 finishes to her name along with her victory. She finished T22 in 2013, and T25 in 2014. 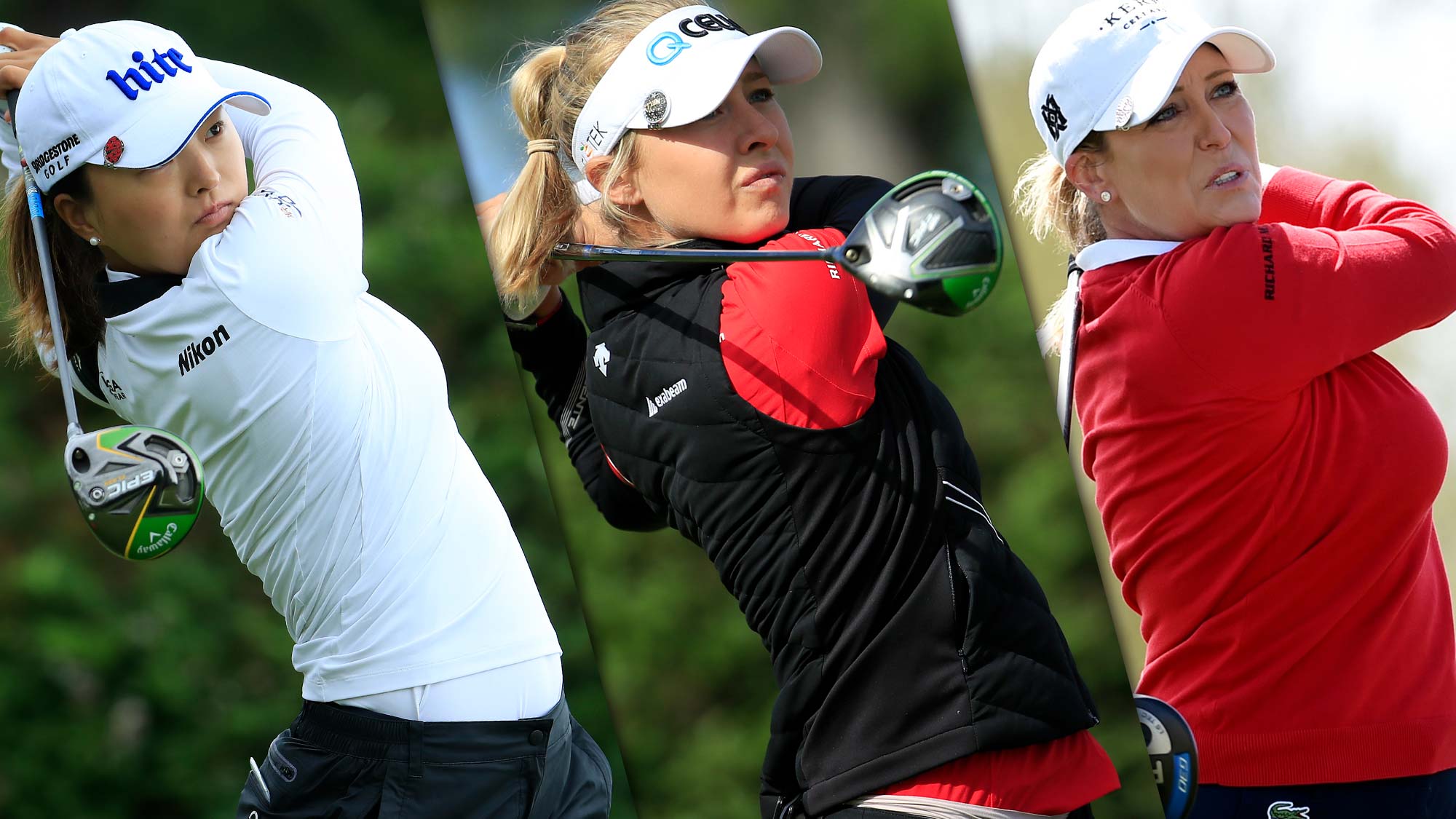 Jin Young Ko comes to the third major of the year sitting in second place in the Rolex Annika Major Award standings. The ANA Inspiration winner comes in off nine consecutive top 25 finishes, with her worst of the streak coming last week at T23. Ko’s had five top five finishes in that streak, with her two victories at the Founders Cup and in Rancho Mirage. It’s the second time she’s making a start at the KPMG Women’s PGA Championship, where she finished T11 last year.

Nelly Korda arrives in Minnesota off a T7 finish last week, a performance like hers to start the season. Korda matched Ko step for step in the early going, putting up five top 10 finishes out of the gates, including her victory at the ISPS Handa Women’s Australian Open. It’s her third start at the KPMG Women’s PGA Championship, with her best result coming in 2017 at T20.

The 2010 champion makes her 22nd career start at the KPMG Women’s PGA Championship. Cristie Kerr has had a slight drop off since a T9 finish at the Pure Silk Championship at the end of May, but turns to a tournament with a track record of success for her. She’s finished in the top 20 in half of her career starts, including four top five finishes. She showed her consistency in performance at this event in the second round last year, with a 68, her lowest round of the tournament.