Receiving 85% of the fan votes, Inbee Park has advanced past Michelle Wie in the Kathy Whitworth Bracket and will move on to the Round of 8 in the LPGA Player of the Decade bracket. In her next match-up, No. 1 Park will square off against No. 8 Sung Hyun Park, who edged out No. 9 So Yeon Ryu with 57% of the fan votes. 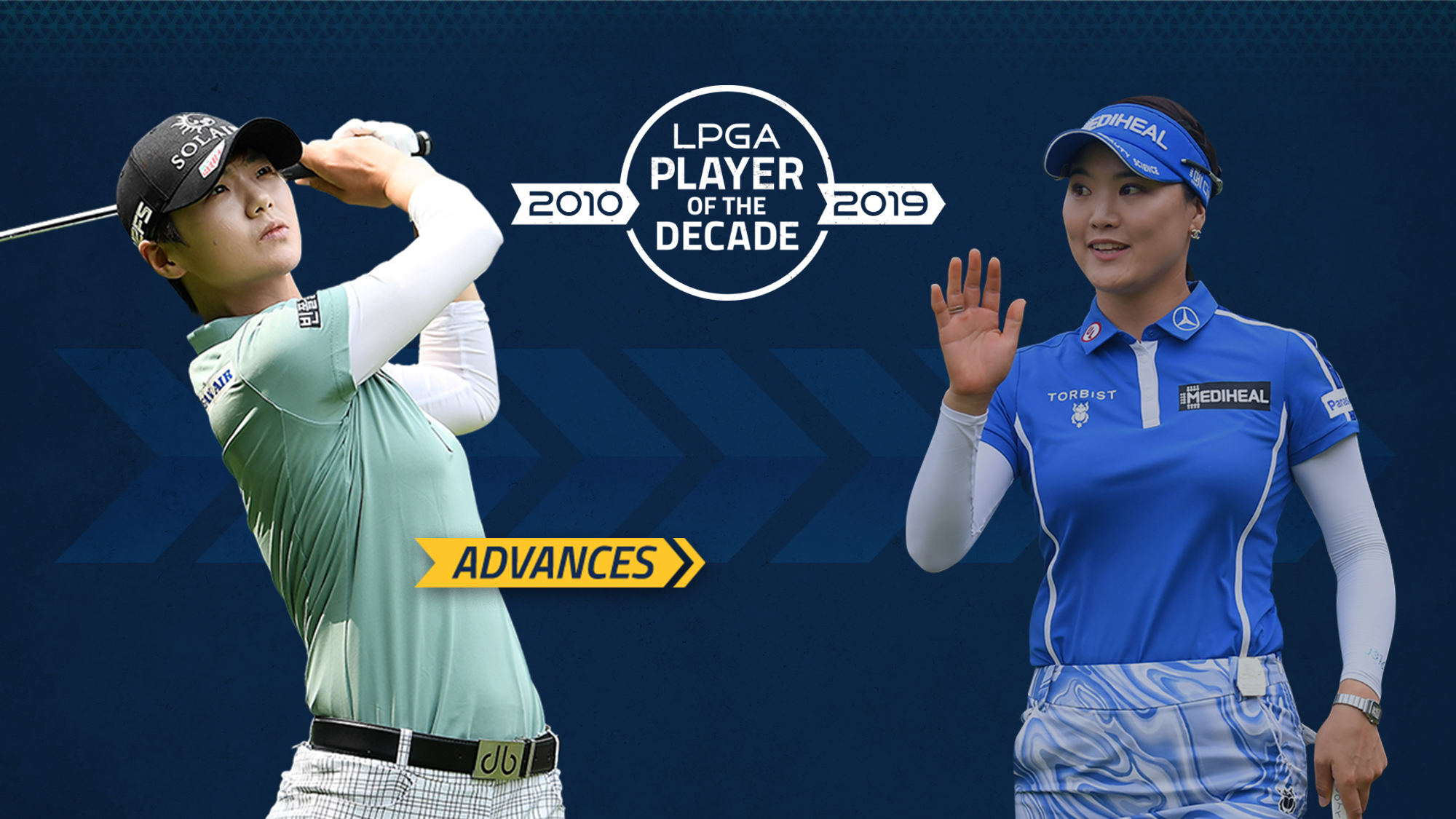 Koreans Inbee Park and Sung Hyun Park have both risen to the top of the women’s game. Each has ascended to No. 1 in the Rolex Women’s World Golf Rankings; Inbee held the top spot for 106 weeks and Sung Hyun for 20 weeks. Both own multiple major titles; Inbee won six of her seven major titles over the past decade and Sung Hyun captured two of her own in just three short seasons on the LPGA Tour. They have also each made history on the LPGA Tour; Inbee became the youngest to qualify for the LPGA Tour Hall of Fame at the age of 27, and Sung Hyun became just the second player on Tour to win both the Rookie of the Year and Player of the Year awards in a single season.