Inbee Park kept her emotions in check as the gold medal was slipped around her neck. She always does. Even in a moment she described as “the top” of a hall of fame career; even as she kept an entire nation up all night to cheer and cry as one of their own made history; even then, Park gave little more than a wee smile and a royal wave. No tears, no histrionics. She was all business, a champion’s champion who acted like she’d been there before, even though no living woman ever had.

Some events don’t need time or distance to earn their place in the hierarchy of greatness. Some you just know. Kirk Gibson’s bottom-of-the-ninth home run in the 1988 World Series never needed to earn its spot. Michael Jordan’s head-fake and pull-up jumper to beat Utah … you knew you’d seen history. In our game, Jack Nicklaus in 1986 needs no further explanation. Michael Phelps capturing eight gold medals in Beijing still conjures images as fresh as this morning’s breakfast. Those moments don’t come often but when history hits you in the mouth, you usually know it.

Park’s moment came at the Rio de Janeiro Olympic Golf Course in 2016. On a sunny South American Saturday, the youngest and most recent inductee into the LPGA Hall of Fame came back from near oblivion to win gold in golf’s return to the Olympics after more than a century. This was better than Tiger Woods winning the U.S. Open on a broken leg. This was the most watched spectacle in the world with the most coveted prize in sports. No matter the country, gold medalists become legends.

But Park’s victory was even bigger because of where she came from to win it. Back and hand injuries - the two most devastating maladies that can strike a golfer - left her hollowed. It had been four months since Park had made a cut on the LPGA Tour, five months since she had broken 70. At the Pure Silk Championship at Kingsmill Resort, she shot 74 and withdrew. The next week in Michigan, she shot 84 and withdrew again.

Cries for her to withdraw from Olympic consideration grew louder. The Korean women’s Olympic golf team was one of the toughest in the world to make. The prospect of a medal was the nation’s most coveted prize. Even Koreans who do not follow women’s golf (and it is one of the most popular sports in the country) know their Olympians. If Park had withdrawn, her best friend and fellow major champion So Yeon Ryu would have replaced her.

Those cries intensified after the KPMG Women’s PGA Championship at Sahalee Country Club where Park, who only needed to complete the first two rounds to qualify for the LPGA Hall of Fame, shot 72-79 with every step looking as though it might be her last. She subsequently withdrew from the U.S. Women’s Open and the AIG Women’s British Open, making only one more start at a KLPGA event (where she missed the cut) before traveling to Rio.

Then came the extraordinary. Park dug deeper than most people can imagine and shot three rounds of 66 and one of 70 to not just win in Rio, but run away with the gold medal, defeating silver medalist Lydia Ko by five shots. 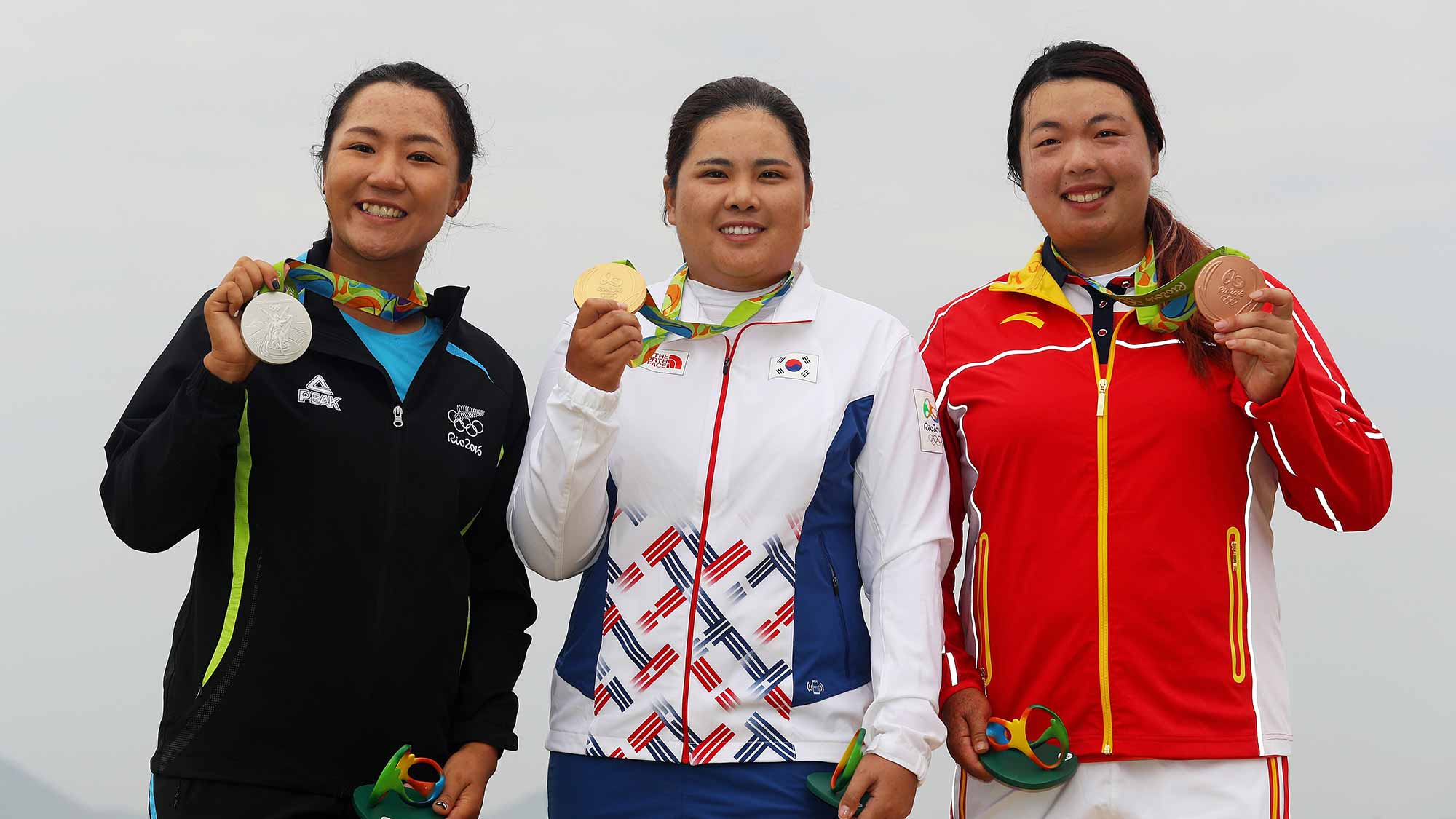 That alone should qualify Park for the Final Foursome in the LPGA Player of the Decade Bracket. But her entire body of work is staggering. She has won seven major championships, six since 2011, more than any other Korean player in history. She has 19 LPGA Tour victories (18 coming since 2012). She captured the Vare Trophy twice, the LPGA Tour Money Title twice, the Rolex Player of the Year in 2013 and the Rolex ANNIKA Major Award in 2015.

In 2013, Park won the ANA Inspiration, the KPMG Women’s PGA Championship and the U.S. Women’s Open, the first three majors of the season, making her the first player since Tiger Woods in 2000 to complete a Triple Crown in the professional game. She won the KPMG Women’s PGA Championship again in 2014 and won it for a third consecutive time in 2015, the latter coming with an injured shoulder that would have sidelined many others. She also won the AIG Women’s British Open in 2015, her second multiple-major season.

That hall-of-fame lead up made her Olympic moment even more spectacular. Park was already an idol in her homeland. The gold medal, and the way she won it, made her a legend. “Queenbee Makes History At The Olympics” was the headline in the Korean Times. Na Yeon Choi, the 2012 U.S. Women’s Open champion who was doing commentary for Korean television, couldn’t speak on air as she fought back tears. Even though it aired in the middle of the night in Korea, Park’s victory was the highest rated live golf broadcast in the nation’s history. The president of Korea even called Park to congratulate her.

Two years later, Park carried the torch into Pyeongchang Olympic Stadium during the opening ceremonies of the 2018 Winter Olympic Games.

Remarkable seems like an understatement. Extraordinary is overused. The only description – accurate and appropriate for everything Park did in the last decade – is historic. Nothing else comes close.