Nicole Brach Larsen -Up 82 spots to 91st in the world

Brach Larsen cracks the top 100 for the first time since June of 2018 with her 21-under par performance at the CP Women’s Open, finishing second to Rolex Women’s World Rankings No. 1, Jin Young Ko. It’s the best finish of Larsen’s LPGA Career, topping a T3 finish at the Canadian Pacific Women’s Open in 2017.

Annie Park- No Movement to remain 42nd in the World

Sometimes the best move involves not moving at all. In a battle down to the final round, Annie Park’s T48 finish kept her 42nd in the world, taking the final spot on the US Solheim Cup Team by Rolex World Rankings. She trailed Austin Ernst at the start of the week, who slid down three spots after missing the cut. Park also survived a charge by Amy Olson who finished T7 and moved up five spots to 45th. 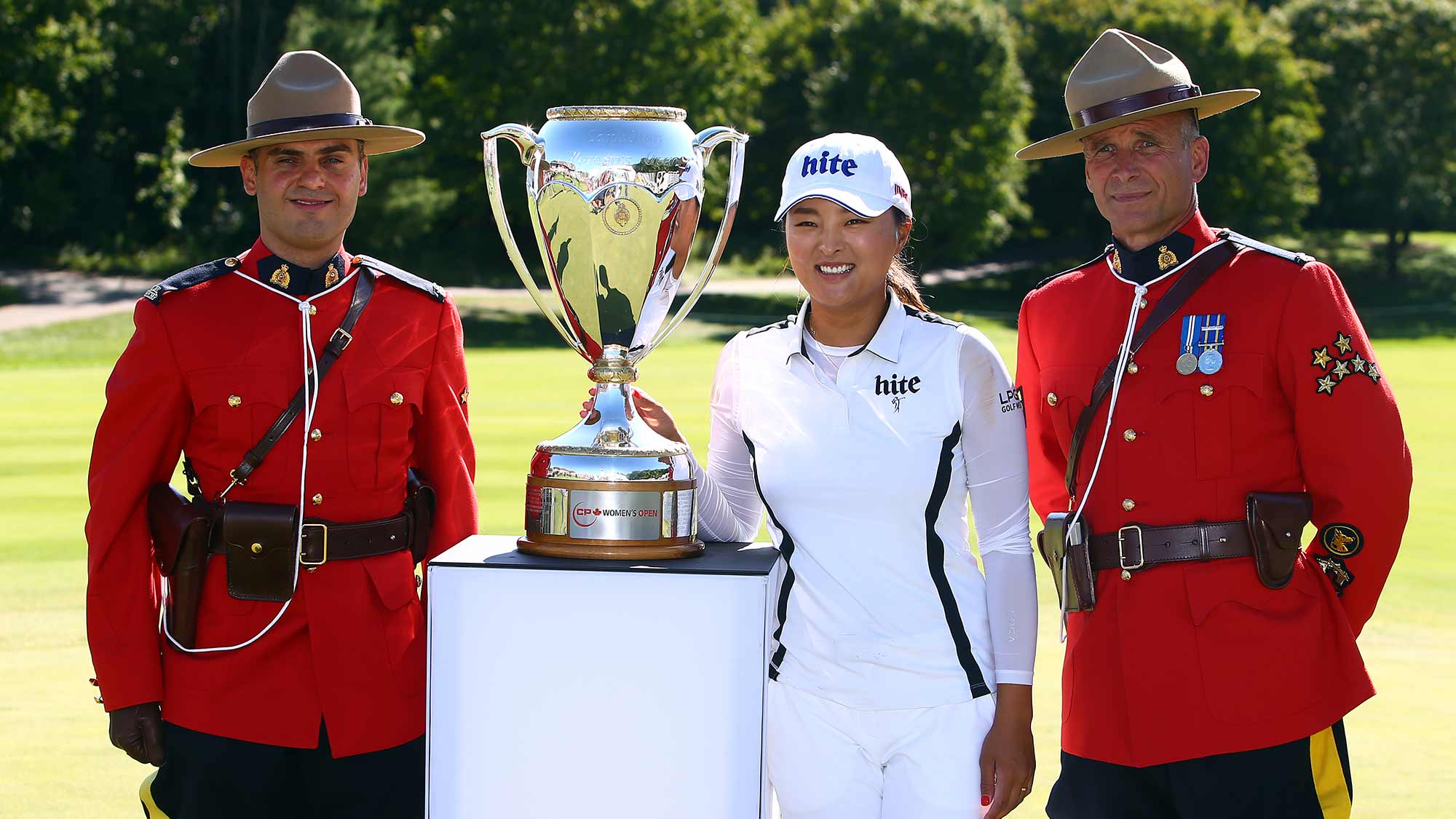 Jin Young Ko held a significant lead on the season-long awards races before she carded the tournament record at the CP Women’s Open, going bogey free all 72 holes. Ko last recorded a bogey at the 2nd hole of the 3rd round at the AIG Women’s British Open, 106 holes ago. She took the solo lead in the leader’s top 10 award race. She has 10 finishes in the top 10. Four players sit with nine top 10s. Ariya Jutanugarn, Hyo Joo Kim, Nelly Korda, and Brooke Henderson all trailing Ko by one.

The Korean has double the points of her nearest chaser in the Rolex Player of the Year race, sitting with 237 to Jeongeun Lee6’s 118. Points are only awarded for finishes in the top 10 at tournaments, with points doubled at majors. The Rolex Annika Major Award winner would be in the lead with only her two major victories.

Ko has a 1,519 point lead in the Race to CME Globe over Brooke Henderson. The Rolex World’s No. 1 also holds a .455 stroke average lead in the Vare Trophy race over Hyo Joo Kim.

Along with Annie Park, Brittany Altomare secured her 8th place position on the US Solheim Cup points list with a T13 result. Angel Yin posted T10 to secure the first position by Rolex World Rankings. Altomare and Park join Nelly Korda, Marina Alex, and Megan Khang as Solheim Cup rookies. Ron Sirak detailed the changing of the guard for LPGA.com.