Shanshan Feng- Up Seven Spots to 19th in the World

The former Rolex Women’s World Golf Rankings No. 1 came through with her first victory at a course she had not played before since back to back victories at the tail end of the 2017 season at the TOTO Japan Classic and Blue Bay LPGA. Her putt to put her at (-29) under returned her to the top 20, where she was back in mid April of this season. Her 10th career victory put her in a tie for 50th for most career wins on the LPGA Tour.

Tiffany Joh moves back to her best position in the Rolex Women’s World Golf Rankings since September of 2018 after her strong final round following her first 54 hole lead since the 2011 CN Canadian Women’s Open. It’s been a season of patience for Joh, who’s fruits of her offseason swing change came to fruition in the Oneida Nation. 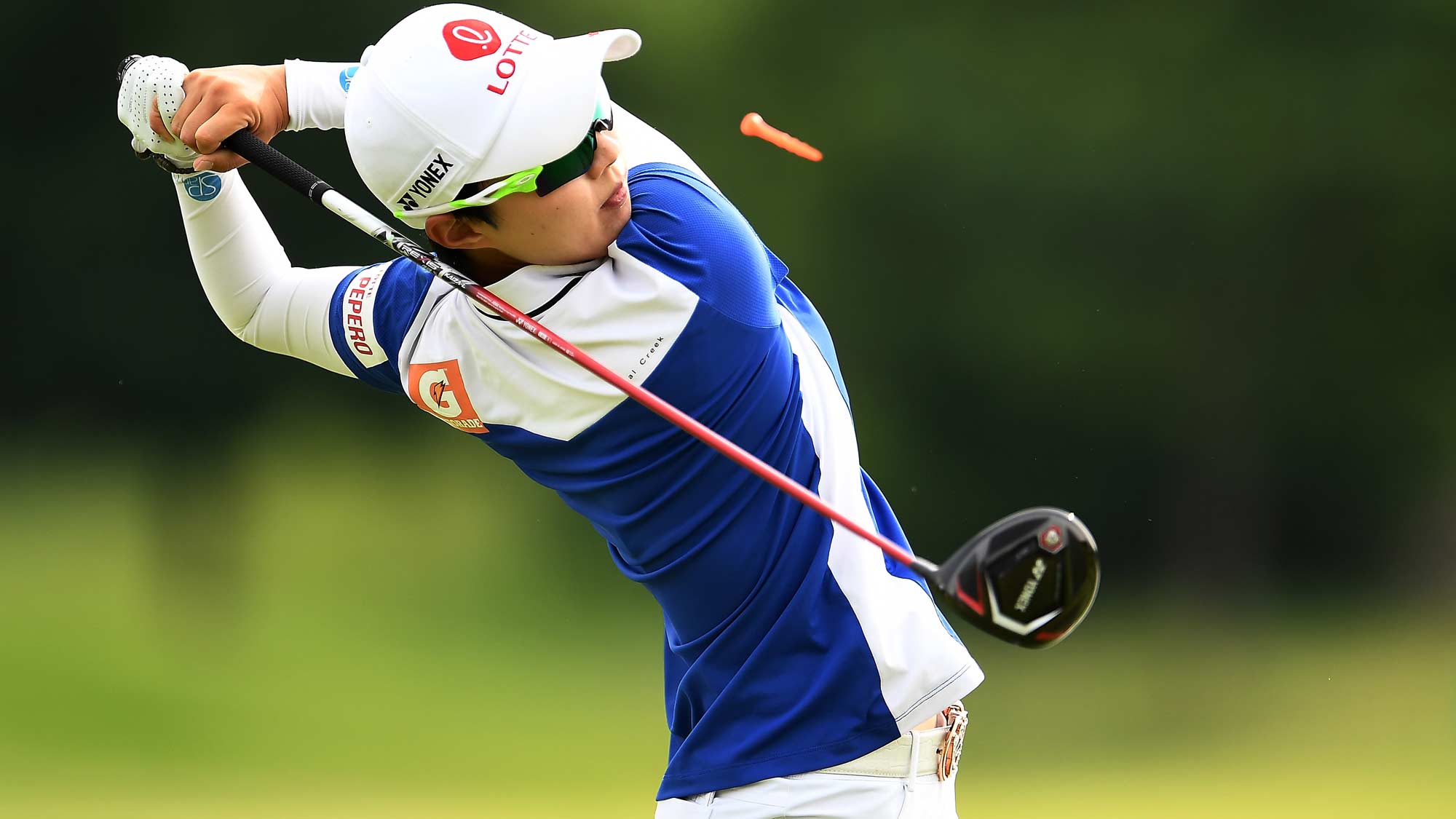 Sung Hyun Park is beginning to close in on the Rolex Player of the Year race with her stretch of strong play, featuring a 2nd place finish, a victory, and a T6 finish in Wisconsin last week. She sits in solo second place with 101 points, 28 points behind Jin Young Ko. Points are scored in the Rolex Player of the Year race with Top 10 finishes in official LPGA Tour events. Ko has kept the door open on her lead, as she has not recorded a point since her T5 finish at the HUGEL-AIR PREMIA LA Open in late April.

Lee-Anne Pace maintains her lead with a -0.8 scoring average. Pace carded two under for her top two scores combined Aon Risk Reward Hole last week, lowering her average. Two other players are behind her in the -0.7 range. Hyo Joo Kim moved into second at -.750, recording two birdies for her top two scores. Ariya Jutanugarn dropped to third at -0.719, posting even par for the week at Thornberry Creek. 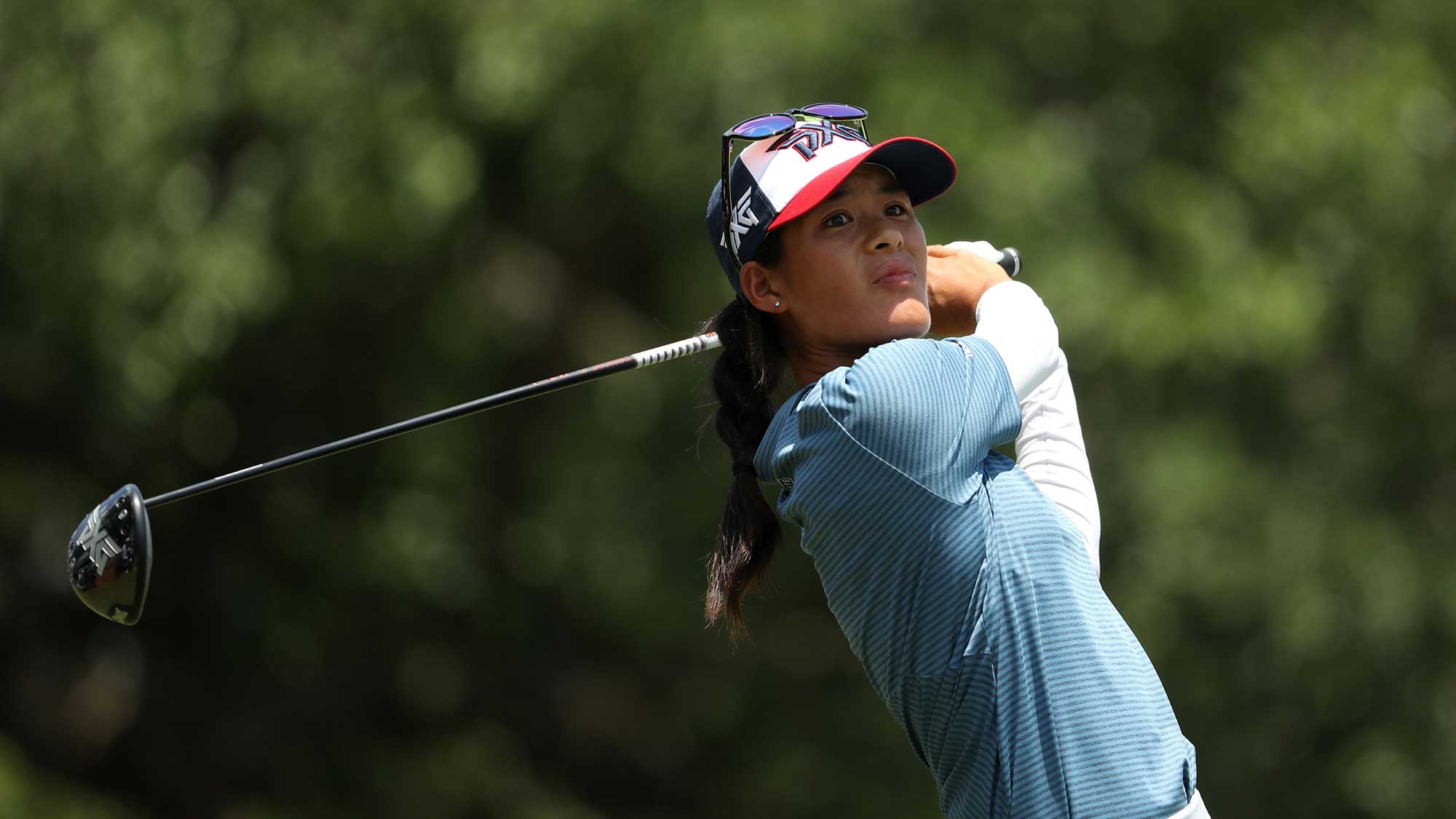 We’re two weeks away from the next LET event where LET Solheim Cup Points can be scored at the Evian Championship, running from July 23rd-26th. The two events after the Evian Championship will be the final two to count towards LET Solheim Cup Points, the AIG Women’s British Open and the Aberdeen Standard Investments Ladies Scottish Open. Anne Van Dam (114), Caroline Hedwall (114), and Charley Hull (105) hold the three qualifying positions, with Carlota Ciganda in fourth with 100.88 points.

Ciganda is the leader on Team Europe of qualifying by Rolex Women’s World Ranking (4.62). Caroline Masson is in the fifth final position, with a 1.84 average off a T26 result in Thornberry Creek. Celine Boutier (1.54) passed Pernilla Lindberg (1.52) to sit .3 behind Masson, with Jodi Ewart Shaddoff (1.57) sitting closest behind the german. 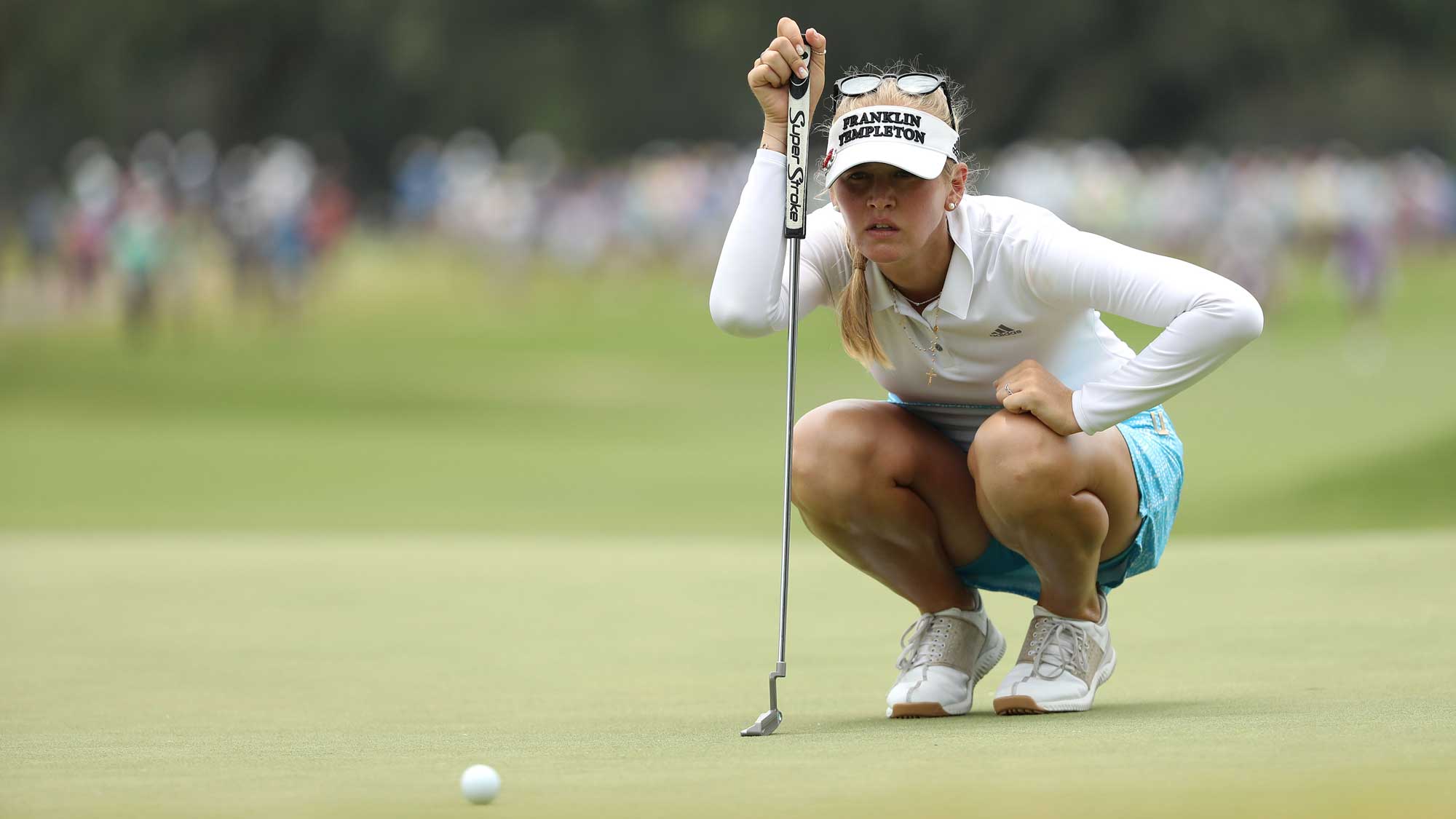 Jessica Korda (374.5) has secured the 4th roster spot by Solheim Cup Rankings, joining Nelly Korda, Danielle Kang, and Lexi Thompson as having booked her trip to Gleneagles. Marina Alex posting a top 10 finish moved her into 6th place with 269.5 points, 40.5 points behind Lizette Salas (310). Alex is part of a tier of players who are still firmly in the mix, with Megan Khang in 7th (255), Brittany Altomare in 8th (241), Cristie Kerr trailing by 16.5 points (224.5), and Ally Mcdonald behind by 23.5 points at 217.5 points. Angel Yin sits a half point behind McDonald.