Nelly Korda moves to an all-time career-best ranking of third place with the successful defense of her Taiwan Swinging Skirts LPGA presented by CTBC title. Her previous best ranking was sixth, after her T2 at the Bank of Hope Founders Cup in March. Korda's victory in Taiwan was her second in her last four LPGA Tour starts, following her win at the LET's Lacoste Ladies Open de France at the end of September. Korda is now the highest-ranked American in the world.

Minjee Lee's T2 at the Taiwan Swinging Skirts LPGA - her third runner-up spot in Asia this season - lifted her two spots in the Rolex Women's World Rankings. She also recorded second-place finishes at the HSBC Women's World Championship and the Honda LPGA Thailand in the spring Asia swing. Lee has been in the top 10 in the world since July of 2018. 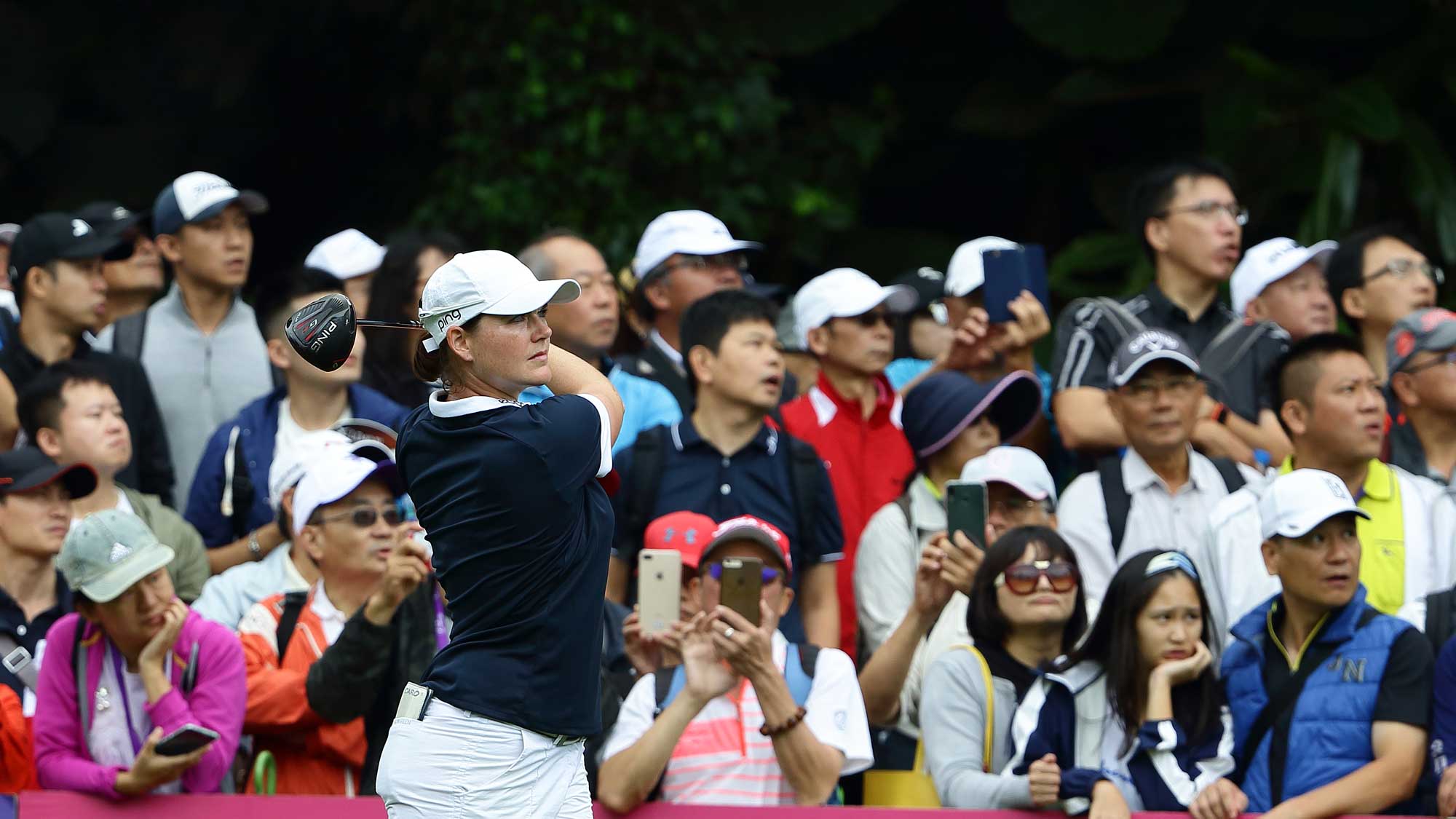 Caroline Masson's second-place finish in Taiwan is her best result on the LPGA Tour this year, topping her fifth-place effort at the Marathon Classic presented by Dana. A world ranking of 42ndis her best since the start of 2019 when she was ranked 41st. Masson has turned it on since shortly before the Solheim Cup in late August, with three top-10 finishes. She tied for seventh at the CP Women's Open and shared ninth at the Indy Women in Tech Championship driven by Group1001, before placing second last week. 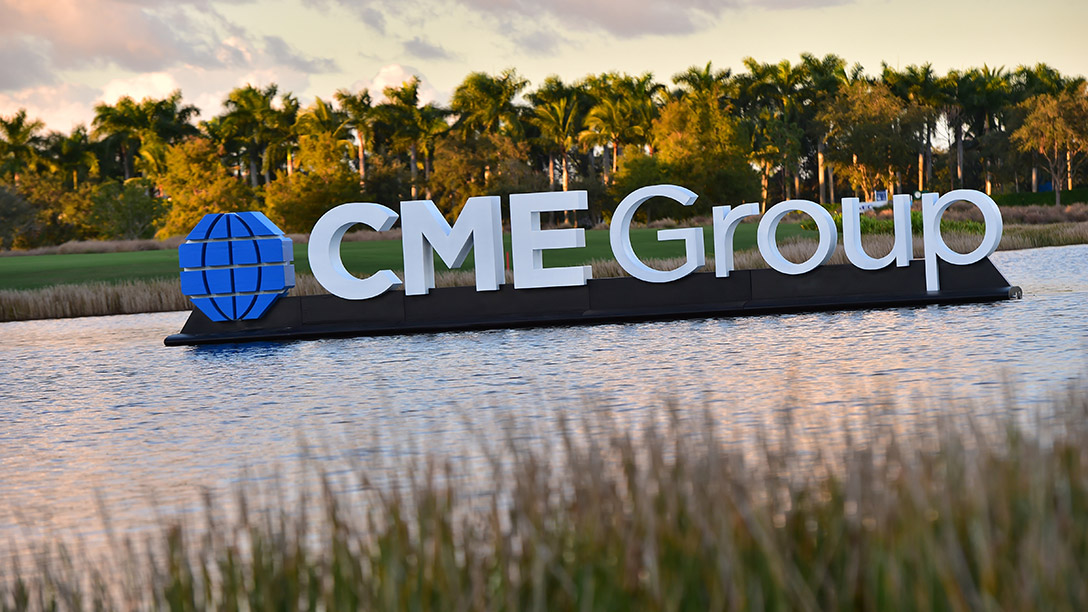 With three rounds remaining before the field for the season-ending CME Group Tour Championship is finalized, there are only four spots still up for grabs. Players in 56th and above in the Race to CME Globe points have already punched their tickets to Tiburon in Naples, Fla. Ashleigh Buhai, with 707 points, is in 56th place and the last position to finalize.

Jin Young Ko's scoring average moved to 69.052, and she holds a .397 lead on Hyo Joo Kim for the Vare Trophy. Ko is not in the field in Japan this week, while Kim will have an opportunity to close the gap. Kim has shot in the 60s in four of her 12 career rounds at the TOTO Japan Classic. 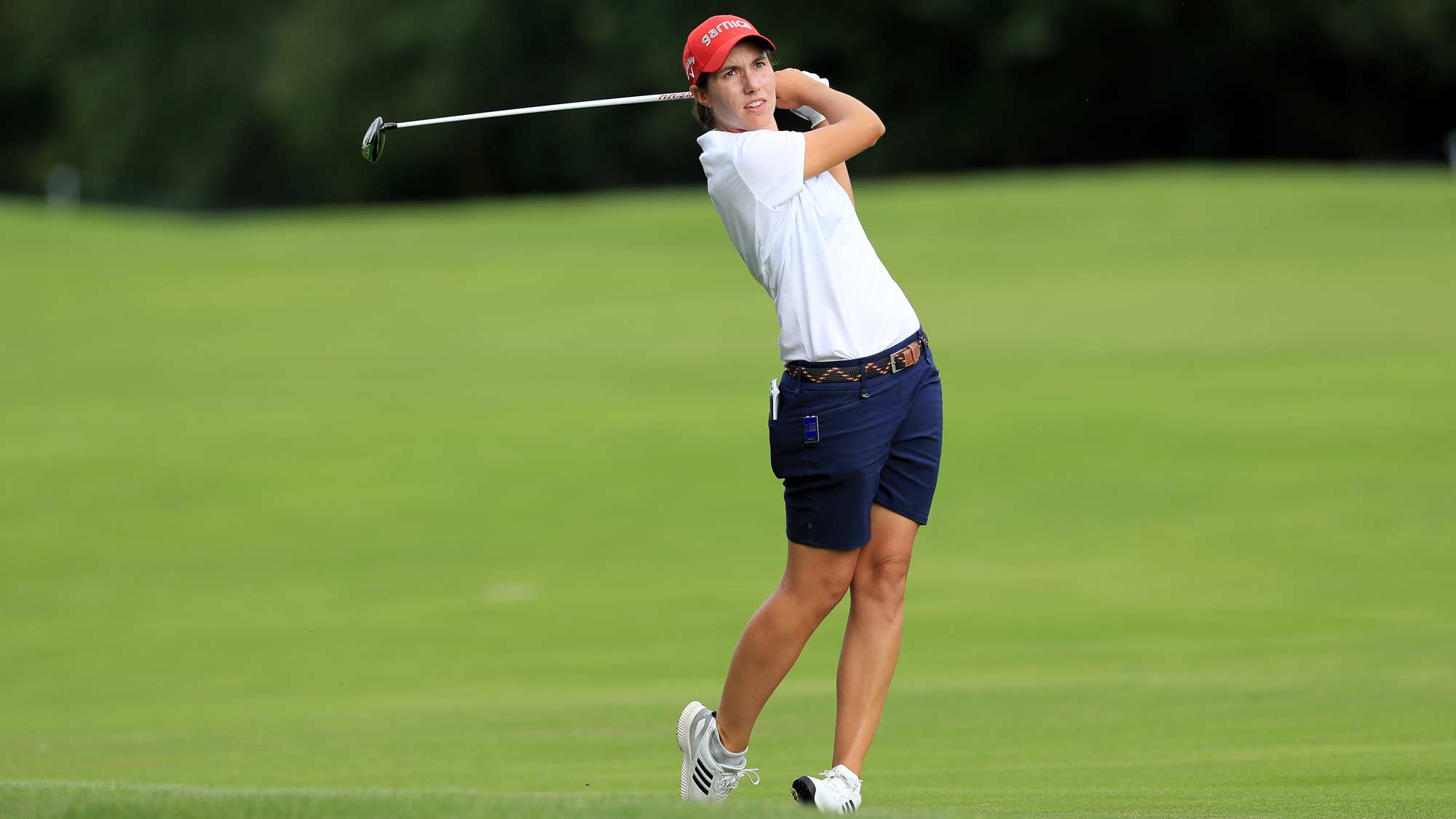 One Last Event before the Aon Risk Reward Challenge is Won

Carlota Ciganda leads the Aon Risk Reward Challenge at -0.841 and is not playing this week at the TOTO Japan Classic. Only two players have a mathematical chance to catch Ciganda: Ariya Jutanugarn, who needs to score two eagles, and In-Kyung Kim, who requires double-eagle, eagle. If neither of those scenarios occur, Ciganda will win the Aon Risk Reward Challenge and $1 million.

The top-eight teams in the 2020 UL International Crown standings have been the same since mid-September: Republic of Korea, the United States, Japan, England, Australia, Thailand, China, and Sweden. However, there has been some shuffling within the teams. For Team Japan, Momoko Ueda has moved to 58th in the Rolex Women's World Rankings, passing Mamiko Higa who is in 60th, to become their fourth player on the team. For Team USA, Brittany Altomare has moved into the second alternate position. She is now 28th in the World Rankings, overtaking Marina Alex who is in the 29th spot.