The pressure of contending for a major title is certainly the overarching factor at this week's AIG Women's British Open but there is another huge challenge facing some of the players at Woburn Golf Club as they make last-ditch bids for Solheim Cup selection.

While several players have already locked up spots on both teams, Celine Boutier of France and South Carolina-born Austin Ernst are on the bubble, very close to where they need to be but still on the outside looking in for Team Europe and Team USA respectively.

Boutier is currently eighth in the European world ranking list, one spot shy of automatic selection, and would dearly love to make her debut for Europe in the biennial team competition at Gleneagles from Sept. 12-15, having represented her continent at the Junior Solheim Cup in 2011.

She has produced excellent form so far at Woburn Golf Club, a six-under-par 66 in Friday's second round vaulting her up the leaderboard into a tie for fourth, but she is reluctant to think too much about the Solheim Cup with a major championship on the line this week.

"It (the Solheim Cup) was one of my big goals this year so I have obviously been thinking about it but then I also know that to be on the team I have to play well and for me, if I focus too much on the result, I just get so stressed out and I don't end up playing well," Boutier told LPGA.com. "So throughout this season I have tried to focus on my game, just trying to get better every day, try to give my best every day. I honestly feel like if I can play my game, I am good enough to be on the team but it's not just up to me. It's also other players which I cannot control. I'm just really trying to focus on what I can control."

Boutier clinched her first LPGA Tour victory at the ISPS Handa Vic Open in February and would be a great addition to Team Europe, though time is running out for her to present her final case. The eight automatic wildcards will be confirmed after next week's Aberdeen Standard Investments Ladies Scottish Open in North Berwick with Catriona Matthew's four captain's picks to be announced at Gleneagles on Aug. 12.

"With Solheim Cup selection just a week from now, obviously it will be nice if I can finish well here at Woburn and try to get one of the ranking spots," said Boutier. "But I don't look at the rankings lists. I have an idea about them but I have no idea! Honestly I do it on purpose. Some people when I talk to them, they kind of give me information here and there when I ask for it, but I just try to focus on my game. If I do make the team, it would be something very special. I played the junior Solheim Cup, so I had the chance to watch it, and just watching it, my nerves went crazy. I can't imagine actually playing it! It would be an amazing experience."

Heading into the AIG Women's British Open, Angel Yin and Annie Park were the two players who occupied the Rolex Women's World Golf Rankings spots, with Ernst very close behind. 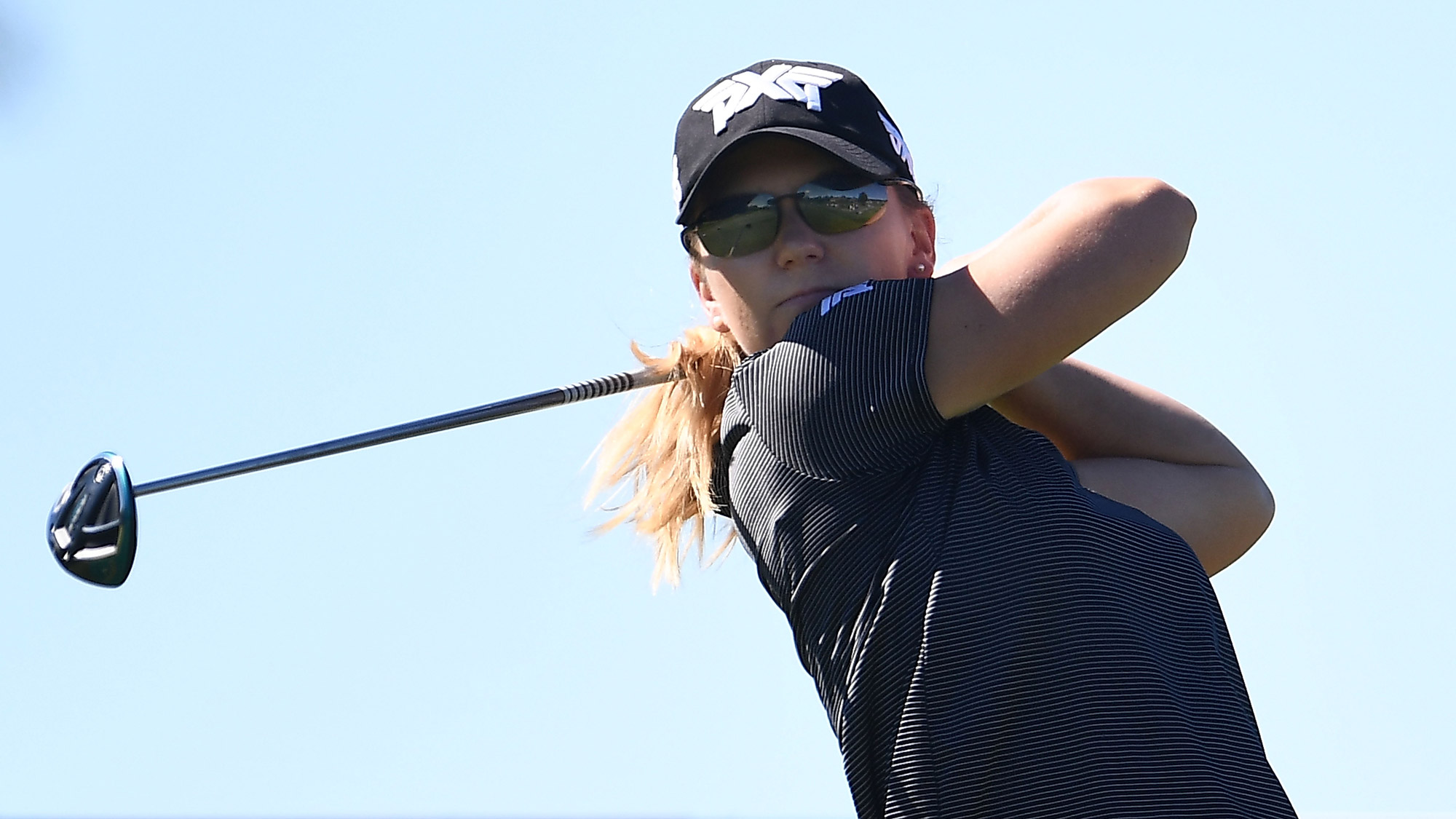 Ernst made her Solheim Cup debut for the United States in 2017 at Des Moines Golf and Country Club where she produced an impressive 2-2-0 record as a rookie. Securing a spot on the 2019 team has been a priority for her this season.

"That's definitely been the top of the list of my goals this year," Ernst told LPGA.com after shooting a four-under 68 on Friday for an even-par total after 36 holes. "I haven't had my best stuff all year but my game feels like it's rounding back into form finally and I feel like everything is starting to click. Early in the year, it was just a little bit off and I didn't score it quite as well but right now my ball-striking feels much better and I feel like I can actually go out and shoot low scores, like I did today."

Unlike Boutier, Ernst wants to know exactly where she stands in the Solheim Cup reckoning.

"I look at it, and I'm not afraid to look at it," she smiled. "If anything, it just gives me a little bit more motivation and I know I need to kind of kick it into gear this week, and carry it on into playing next week. I know what I need to do, and I'm trying to put myself into position to win these next two tournaments (the AIG Women's British Open and the Aberdeen Standard Investments Ladies Scottish Open). I didn't play well yesterday but today, to shoot four under, I get a little bit of momentum which I can carry into the weekend. So hopefully have a good weekend here and kind of see what happens.

"I really don't want to have to leave it up to a (captain's) pick this year," said Ernst, whose sole LPGA Tour victory came at the 2014 Portland Classic. "I want to take care of it myself. You want to have it in your hands. That's what golf is all about. We all want to get in on our own and not have to worry about sweating it on the Sunday, after Canada. What I did today, just do a little bit more of that ... just more of being accurate with the driver, being able to attack a little bit more and giving yourself good looks at birdie."

While Ernst has so far advanced her Solheim cause at Woburn Golf Club, Cup veterans Cristie Kerr, Stacy Lewis and Paula Creamer did themselves no favors by missing the cut in the year's final major championship.

Inkster certainly has a lot to think about before she announces her two captain's picks later this month.

"I love the way my team is shaping up, the problem is I will have more players who deserve to be on the team than I will have spots available," she said. "Always, that is the most difficult part of being captain – calling those players who played well enough to be going to Scotland but who won't make the trip."