Loading, please wait...
By the Numbers Powered by NEC lpga-360

One-third of the 2019 LPGA Tour season is complete with 11 tournaments played in four countries.

The season began at the Diamond Resorts Tournament of Champions presented by Insurance Office of America where winners from the previous two years of competition were joined by celebrities from the sports and entertainment worlds.

From there, the Tour traveled overseas to Australia, Thailand and Singapore.

But it has really been the last six weeks on the West Coast where certain players have stood out amongst the rest and are now positioned for some of the Tour’s biggest honors and accolades.

Jin Young Ko, Jeongeun Lee6 and Nelly Korda have emerged and are either leading key points races, at the top of several stat categories or primed for another win or two as the season progresses.

While these players have advanced this season, a few surprising players have also shown great promise. Azahara Munoz, Danielle Kang, Carlota Ciganda and Celine Boutier have each been featured on the leaderboards on more than one occasion.

Finally, Minjee Lee has elevated her game to the next level and is on the path towards becoming the best player in the world. It may be only a matter of time before her goal becomes reality.

The Bank of Hope Founders Cup victory secured her first win in the United States with her two previous wins being recorded in South Korea and Australia.

Nobody had a better month of March than Ko with a first, second and third-place finishes.

Her fourth career LPGA Tour win came shortly after at the ANA Inspiration in just her 12th start in majors. Ko was the only player to finish double digits under par on the Dinah Shore Tournament Course with a 10-under 278.

It’s important to note that her major championship resume has been impressive since her very first start. There she finished second at the 2015 Ricoh Women’s British Open, three strokes back from Inbee Park and one ahead of So Yeon Ryu and Lydia Ko. These three veteran players have collectively combined for 40 wins, including 11 majors.

Jin Young has scored under par in all but seven rounds and has recorded 19 rounds in the 60s which leads the Tour. Her ball striking has led her to hit 80 percent of the greens in regulation to which she averages 1.73 putts per GIR.

She’s clearly the front runner on paper with no defined weakness in her game. 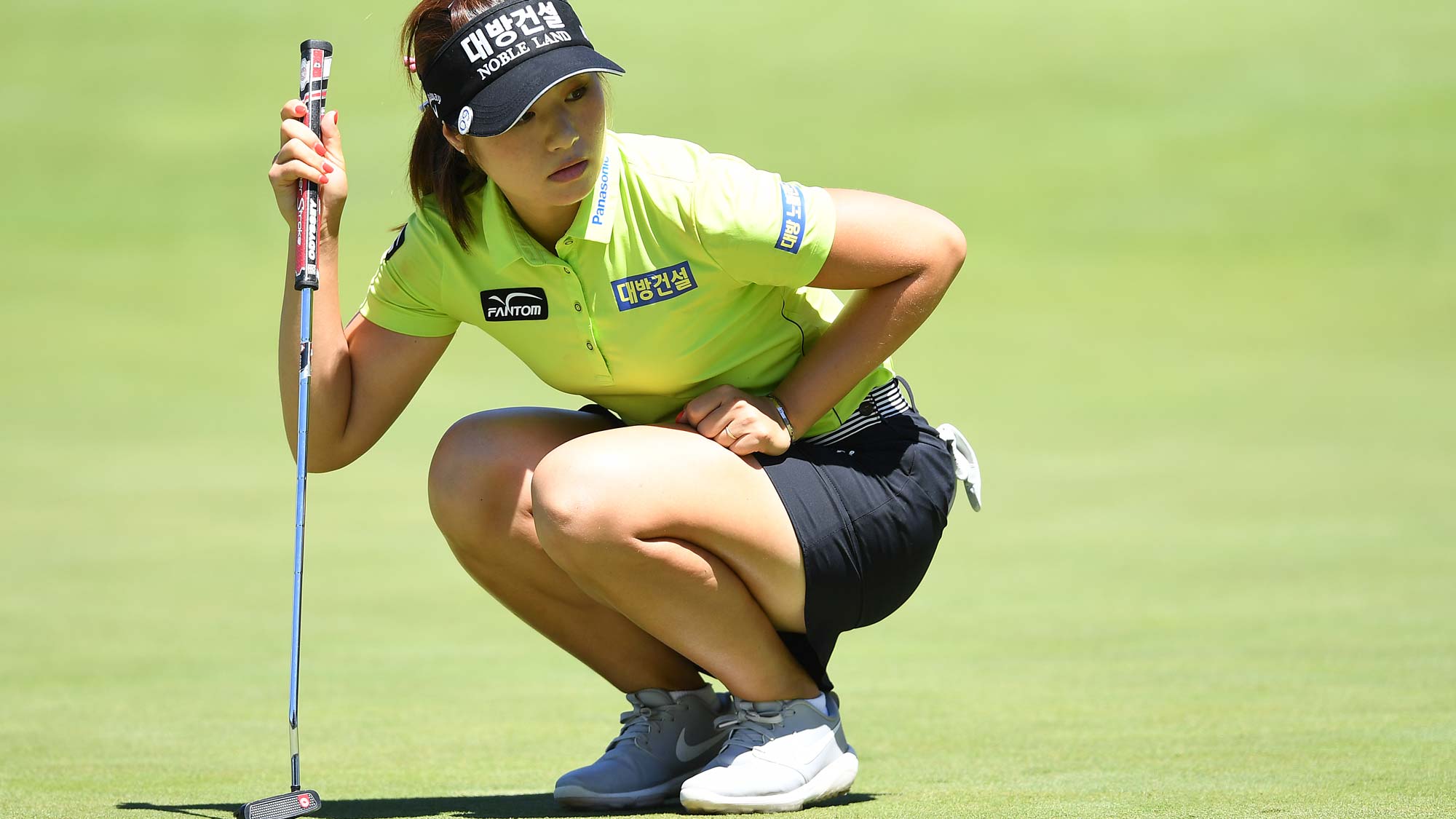 At 22 years old, Jeongeun Lee6 holds a sizable lead over Kristen Gillman in the Louise Suggs Rolex Rookie of the Year standings. Early in the season Charlotte Thomas set the tone for rookie performances before Lee6 took control with her consistency.

Lee6 has three top-10 finishes in seven starts with no finish worse than a tie for 16th. She is on a path for a breakthrough win as she focuses each week one shot at a time on the course.

Lee6 ranks fifth in sub-par rounds at 71 percent, seventh in greens hit in regulation at 76 percent and eighth in scoring average at 69.964. She is one of the top eight players on Tour who currently has a sub-70 scoring average.

Lee6 turns 23 on May 28th, the week of the second major of the year, the U.S. Women’s Open. This year’s event is being contested at the Country Club of Charleston in South Carolina.

Points for rookie of the year are doubled at the majors. In two starts at the U.S. Women’s Open, Lee6 finished T5 in 2017 at Trump National Golf Club Bedminster and T17 in 2018 at Shoal Creek Golf Club.

Another solid performance here will continue her trend in the right direction to becoming the fifth consecutive Korean player to win this award. 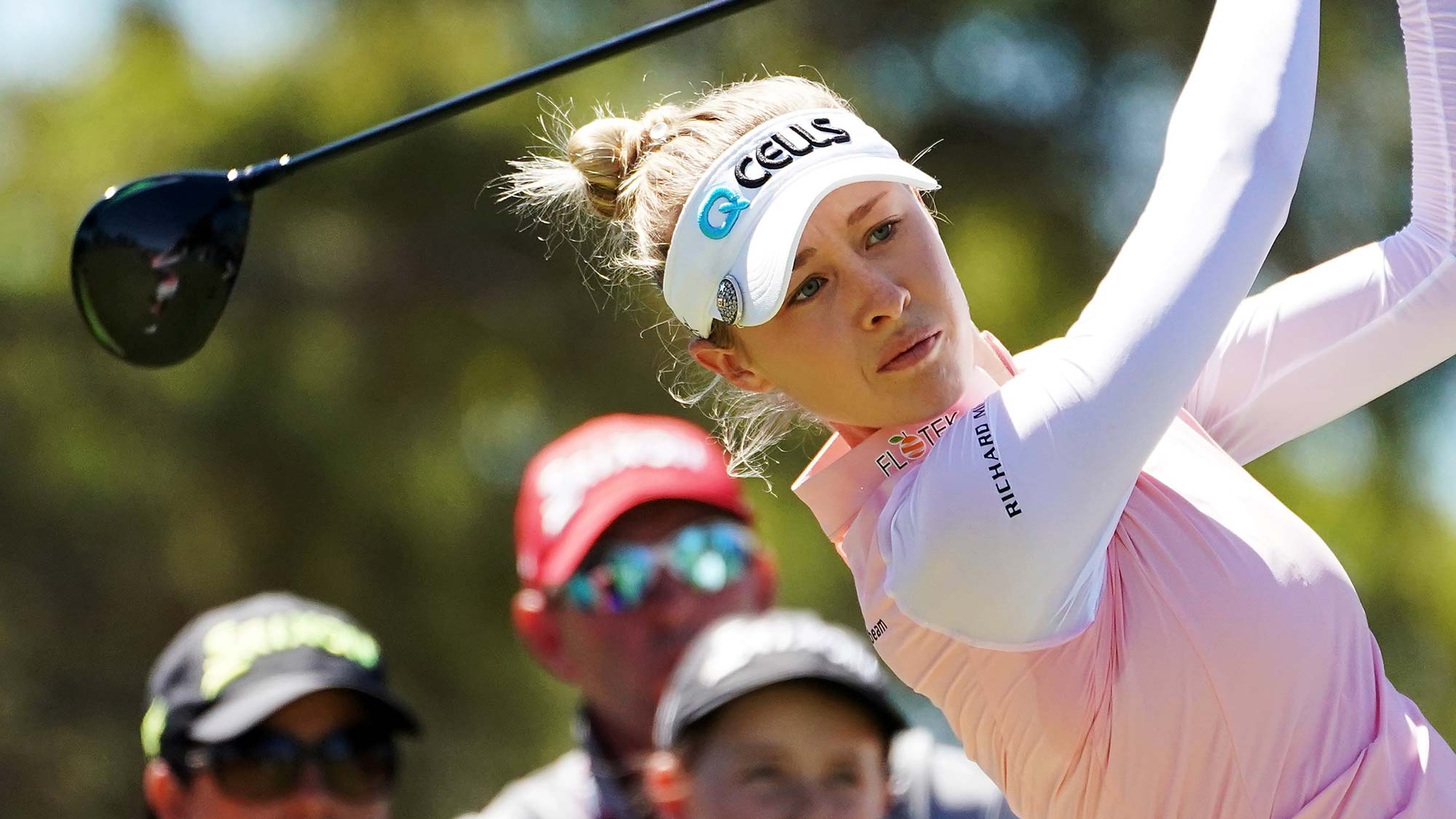 Nelly Korda is having a great year. Nelly emerged as a top contender in her first five starts walking away with five top 10s including a win at the ISPS Handa Women’s Australian Open.

Nelly became the fourth member of her family to win a sporting event in Australia and followed in her sister Jessica’s footsteps who won the 2012 ISPS Handa Women’s Australian Open.

She ranks first in both total driving, which measures driving distance and accuracy, and ball striking. She is averaging 4.67 birdies per round or 17.5 birdies per event, which is currently outpacing her 2017 and 2018 seasons.

Nelly is the top-ranked American on the U.S. Solheim Cup points standings and has accumulated nearly 200 more points than the eighth-ranked player Cristie Kerr. 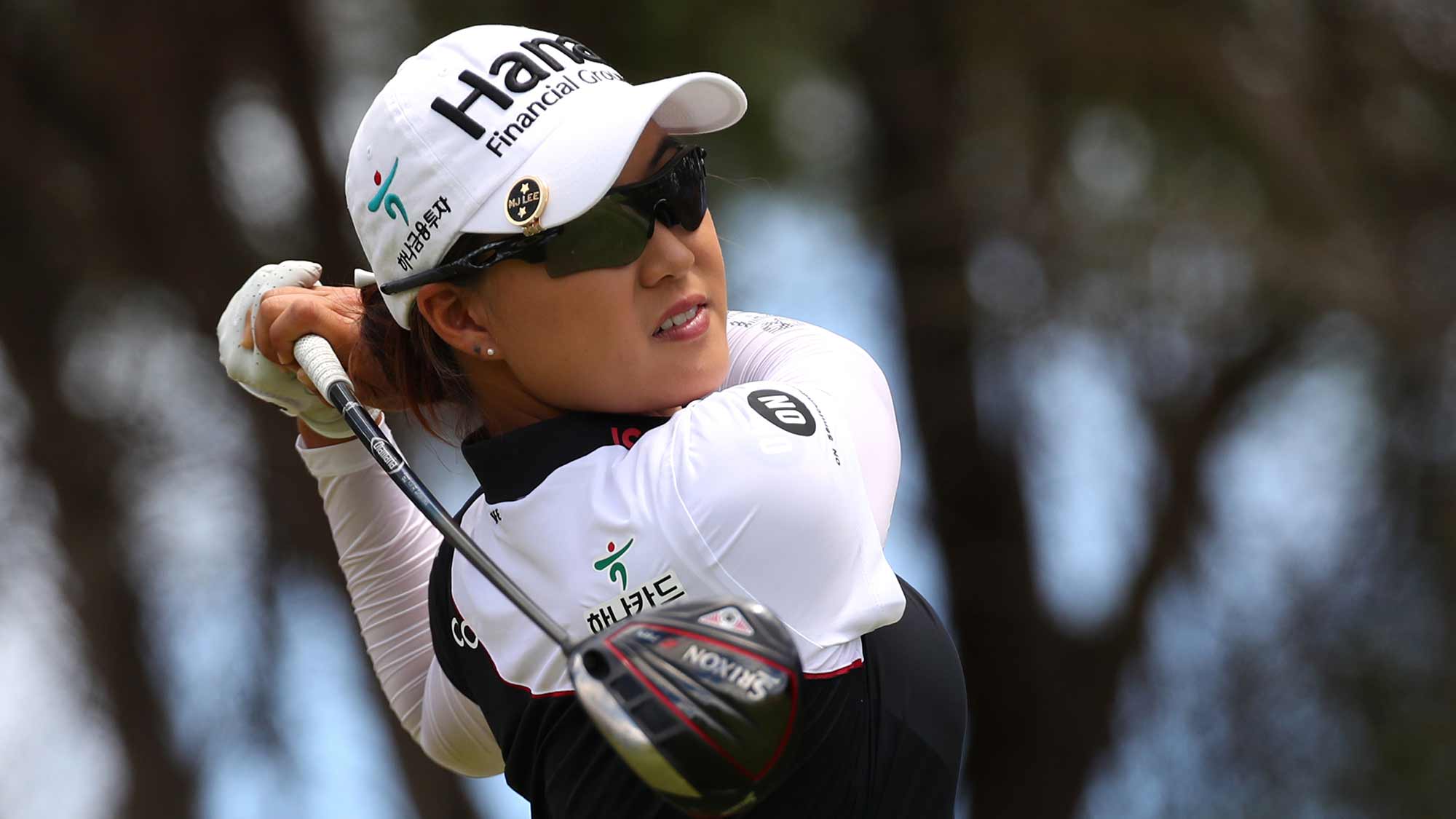 Minjee Lee is seeking her turn at the top of the Rolex Rankings this year.

Lee has been contending over the past several weeks. She reached a career-best No. 2 after she won the HUGEL-AIR PREMIA LA Open. Lee was the only player in the field to record all four rounds in the 60s at Wilshire Country Club and notched her largest win margin in her career at four strokes.

Since the start of the year, three players have held the World No. 1 ranking – Ariya Jutanugarn (8 weeks), Sung Hyun Park (5 weeks), and Jin Young Ko since April 8th.

As the tournament season progresses, it will become clear who will have the standout performance for the year. 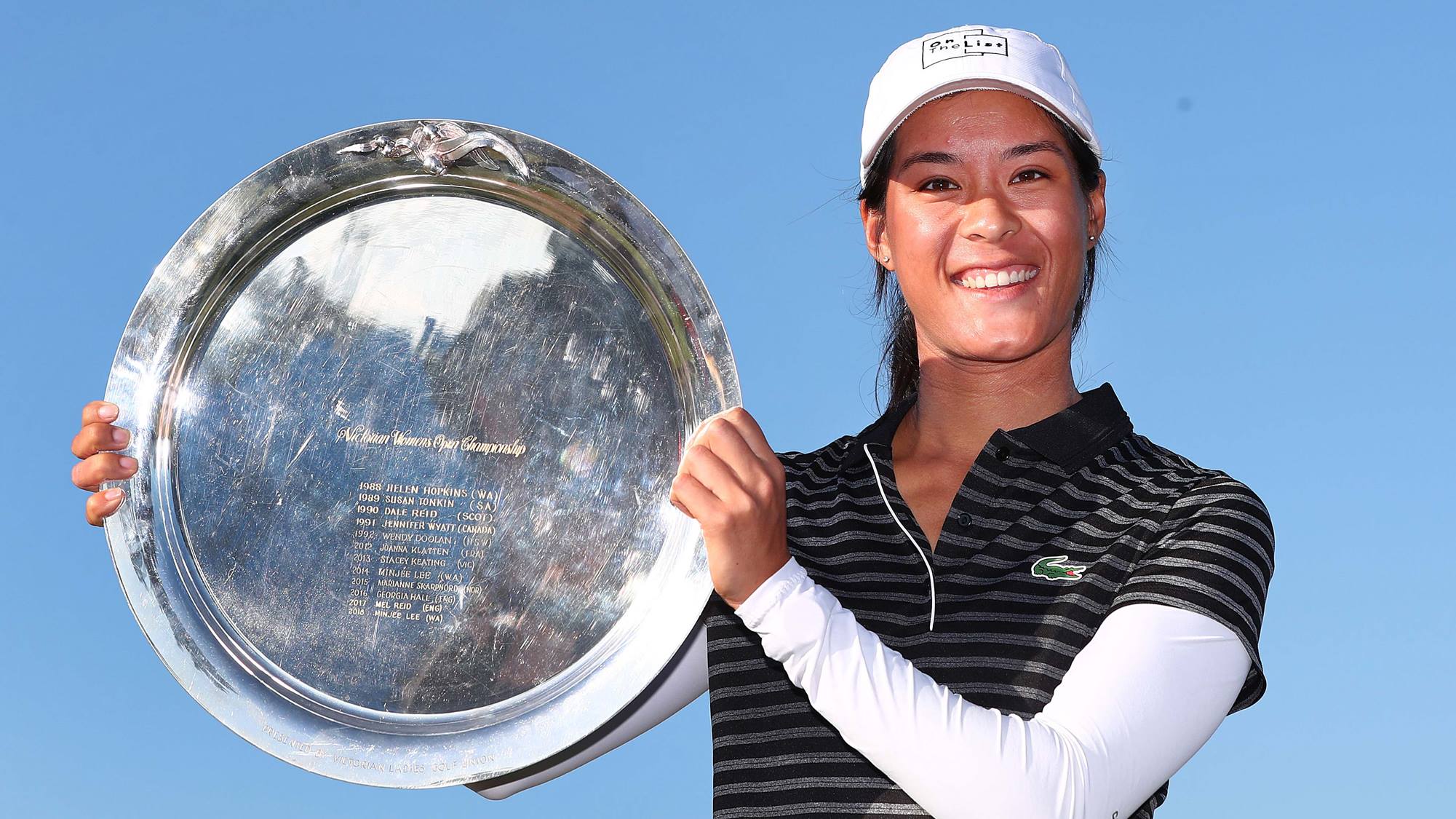 Celine Boutier is the lone Rolex first-time winner in 2019 capturing a win at the ISPS Handa Vic Open in her first start of the year and 34th career LPGA Tour start.

It’s still early, but Carlota Ciganda is ranked second in the Aon Risk Reward Challenge for lowest average score to par on challenge holes with a minimum of 40 rounds played.

Danielle Kang and Azahara Munoz have each recorded five top-10 finishes. Kang set a personal career-best record of four consecutive top 10 performances. Munoz’s runner-up performance at the Kia Classic was her eighth second-place finish on the LPGA Tour since 2010. She has one career victory at the 2012 Sybase Match Play Championship.