Minjee Lee- Lee makes her third career appearance at the Aberdeen Standard Investments Ladies Scottish Open, where she has recorded two top 10s. She finished in second place in 2018, making a spirited charge on Sunday with her career-best 66 in the tournament. Lee lost to Ariya Jutanugarn by one shot. Lee looks to launch a new streak of consecutive made cuts after her previous streak of 25 straight cuts made ended at the Evian Championship. Lee finished T11 at the AIG Women’s British Open last week on the back of a (-8) effort.

Ariya Jutanugarn- Jutanugarn’s hot streak of three consecutive top 5s ended at the AIG Women’s British Open, she continued her strong play with a T11 performance. She looks to continue that stretch heading into defending her title, as the Thai native is looking for her first victory of the 2019 season. She matched Lee’s final round 66 for her 10th career victory.

Jeongeun Lee6-The leader of the Louise Suggs Rookie of the Year Race gets her first taste of Scottish golf, after making her debut in the UK last week. Lee6 has missed two cuts this season, and rebounded well from each with a 4th place finish at the Marathon Classic after missing the cut at Thornberry, and a T9 at the AIG Women’s British Open after missing the cut at the Evian Championship. Her effort last week placed her in second place in the Rolex Annika Major Award race for the year. 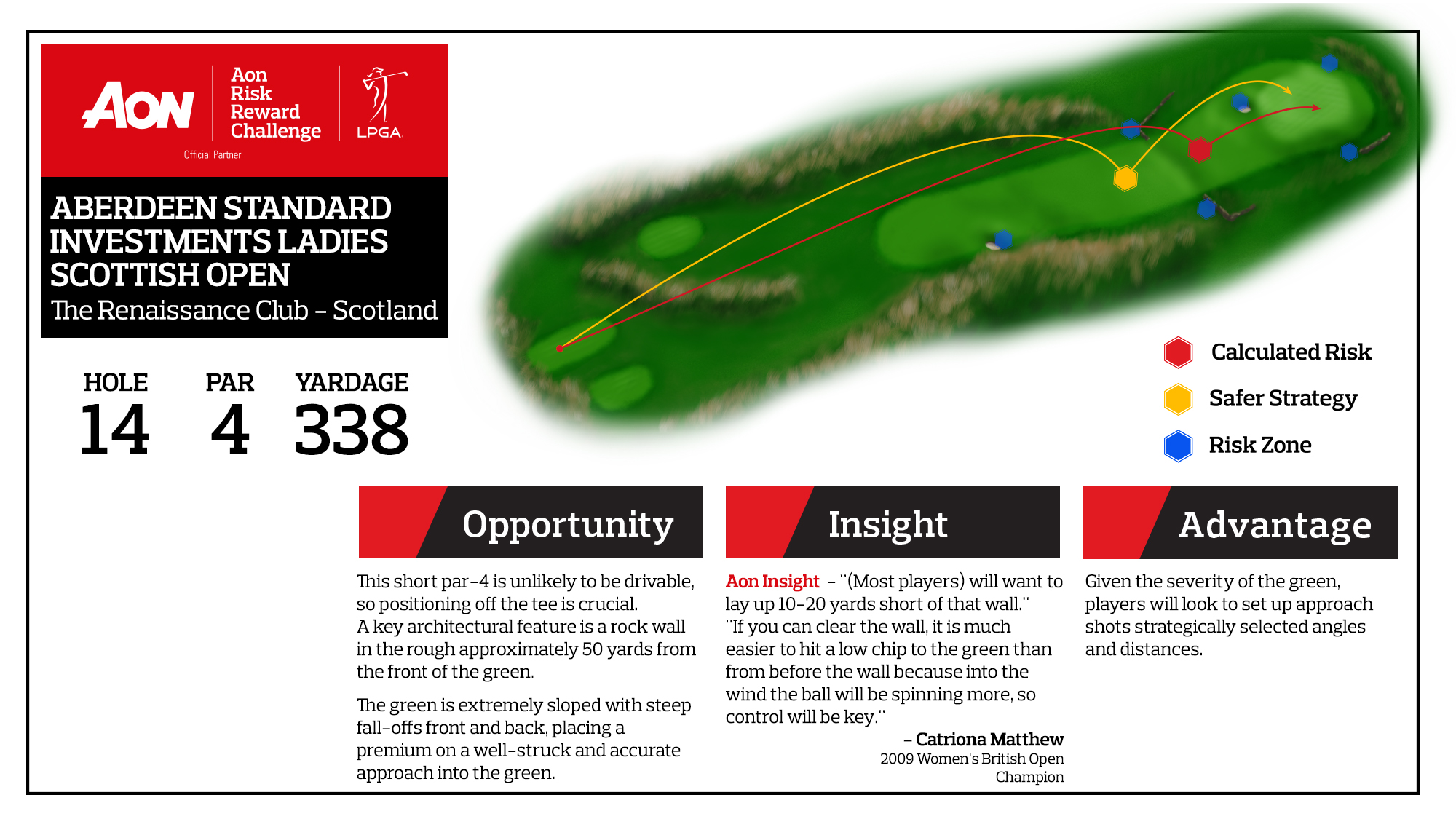 This week focuses on the par-4, 14th hole at The Renaissance Club is a classic coastal links course in Scotland. A rock wall about 50 yards short of the green highlights this hole.

71- Par this week at The Renaissance Club

62- The tournament record carded by Tiffany Joh in 2018 in the first round.

16- Number of rookies in the field this week.

12- The number of consecutive weeks with a tournament on the LPGA Tour, dating back to May 23rd with the Pure Silk Championship.

7- Days left before the LET Solheim Cup team is finalized. The first eight players will be finalized by points and world rankings positions. Then, Captain Catriona Matthew will announce her four captain’s picks the day after the Aberdeen Standard Investments Ladies Scottish Open concludes.