Things to Know for the Shoprite LPGA Classic Presented by Acer

Things to Know for the Shoprite LPGA Classic Presented by Acer

Ariya Jutanugarn- Jutanugarn enters New Jersey on an upswing in her game, finishing T26 in her defense effort at the U.S. Women’s Open Conducted by the USGA. She’s only played once in the ShopRite LPGA Classic in her career, when she missed the cut in 2015. Jutanugarn, to this stage of the season, is playing her best in the first round, as she’s been in the top 10 four times after the opening round so far this year.

Brooke Henderson- Henderson comes into the ShopRite LPGA Classic tied for the lead in top 10s on the LPGA Tour, with six in eleven starts. This is her fifth appearance in the ShopRite LPGA Classic. The Canadian’s best finish was her first one, when she finished T23 in 2015. She matched her best score at the event, a 67, in the second round last year at the Seaview Resort-Bay Course, which moved her up to 26th place heading into the final round. She went on to finish T28.

Lexi Thompson- Thompson enters the week in a stretch of play for herself that looks like a roller coaster. She went up with a third place finish at the ANA Inspiration, down with a missed cut in Los Angeles, up with a T4 result at the LPGA MEDIHEAL Championship, down with a missed cut at the Pure Silk Championship, and up with a T2 finish at the U.S. Women’s Open last week. She hopes to stay up with a strong performance at the ShopRite LPGA Classic, which she has done before. In 2012, Thompson finished T5, highlighted by a final round 67 which is her career best in New Jersey. The 10-time winner is making her first appearance at the ShopRite Classic since 2015. 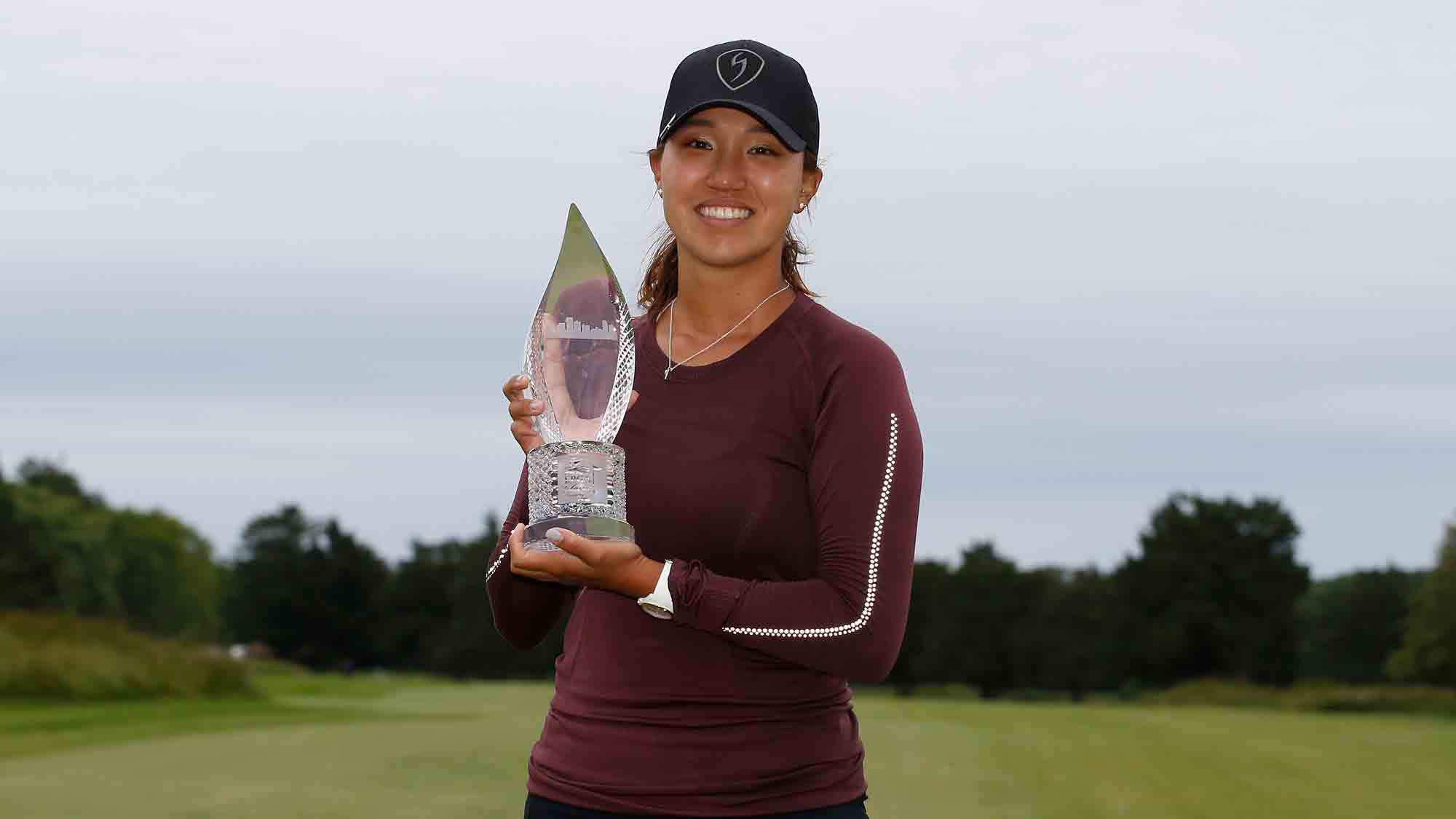 “I mean, every win is very special, but just having my family out here, my friends supporting me, it's just - all the fans, my friends back home, I would like to thank all of them. Without them and having that support, I probably wouldn't have been here today.'' 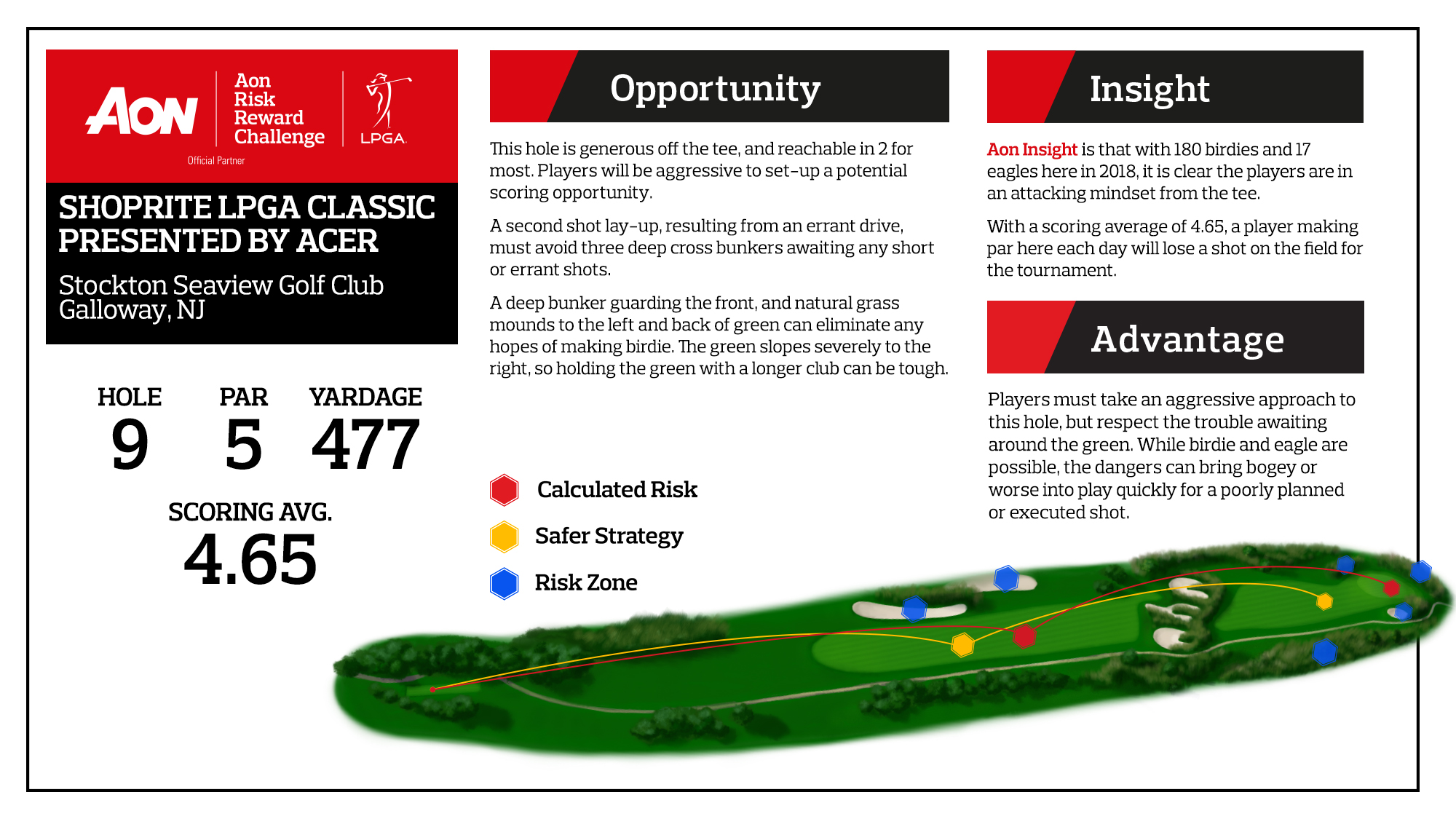 This par 5 has a generous fairway off the tee shot but be careful with the second shot as deep cross bunkers guard against errant or short shots. Once you have negotiated your second shot, a deep bunker guards the right side of the green, while the left and back side protected with natural grass mounds. The green slopes severely to the right and away from you. Par is a good score here.

1986- The first year the tournament was played.

71- The Par at the Seaview Resort Bay Course, the second week in a row the LPGA Tour has played a par 71.

24- The number of different winners of the tournament over it’s 30 year history.

The ShopRite LPGA Classic presented by Acer is a three round event, the way it’s been played for nearly its entire 30 year history. The only year it wasn’t was in 1990, when Christa Johnson won her 5th career event.

It’s the third consecutive event of the LPGA’s 12-week stretch of consecutive tournaments. Play will air on the golf channel starting on Friday June 7th. The first round will air from 12:00-2:30 P.M. EST, then the weekend rounds on Saturday June 8th and Sunday June 9th will air from 3:00-5:00 P.M. EST each day.