Things to Know for the HUGEL AIR-PREMIA LA Open

Welcome to Hollywood, Things to Know for the HUGEL AIR-PREMIA LA Open

Jin Young Ko- The Rolex Women’s World Ranking’s No. 1 golfer continues to assert her dominance over the LPGA, with a T17 finish in the Aloha State and only one finish outside the top 20 in seven starts. Her finish last year in the City of Angels is similar to her recent run of strong play. Ko was in the final group on Sunday in the tournament’s first year, finishing in second place to Moriya Jutanugarn. She was tied for the lowest round of the third round, carding a 66 on moving day.

Sung Hyun Park- Park missed the cut last year by one shot. She was not in the field at the LOTTE Championship last week. After a rough final day at the ANA Inspiration, Park looks to regain her prior form, where she rattled off her victory in Singapore, a T14 finish at the Bank of Hope Founders Cup, and a T2 result at the Kia Classic. She followed up last season’s trip to Los Angeles with a victory in Texas at the Volunteers of America LPGA Texas Classic.

Ariya Jutanugarn- Jutanugarn finished at even par last year. She shot two under on the final day, her best round of the tournament. She comes in inspired by Tiger Woods’ Masters performance, having her best finish of the year at T3 in Hawaii last week. It was her third consecutive top 10 at the LOTTE Championship.  If not for a double bogey at the last, Jutanugarn would’ve finished with all four rounds under par for the second time on the season.

It was the first victory of the older Jutanugarn sister’s career, which etched the pair into the history books. Moriya and Ariya joined Annika and Charlotta Sorenstam as the only pair of siblings at the time to both win an event on the LPGA tour. Nelly Korda and Jessica Korda joined with Nelly’s victory at the ISPS Handa Australian Women’s Open in February.

“I just kept doing what I’m doing and it finally happened. My sister cried more than me. I can’t tell you how I feel right now.” Moriya Jutanugarn on her victory last year. 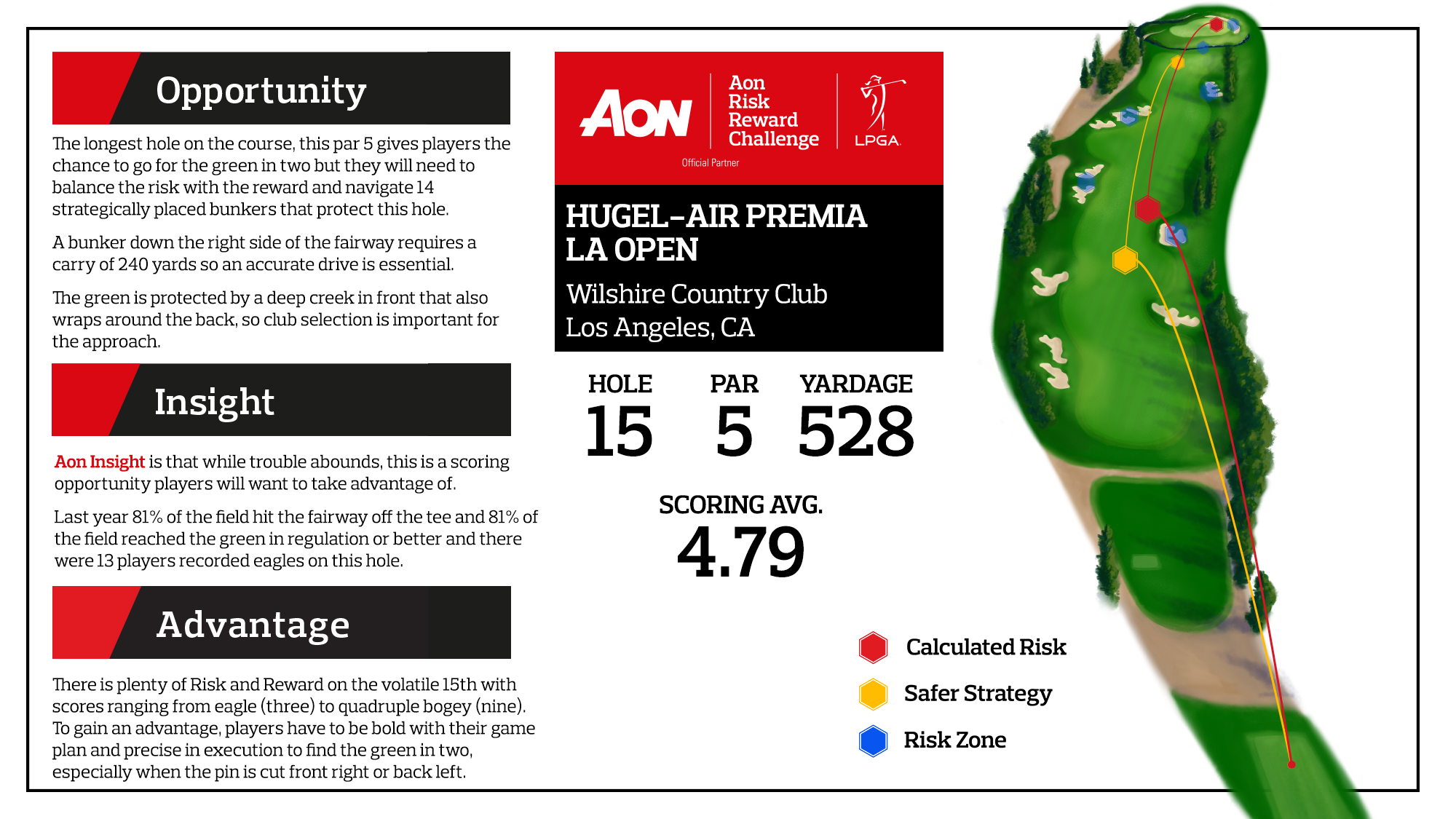 The longest hole on the course, this par 5 gives a player the chance to go for the green in two but she needs to balance the risk with the reward and navigate the 14 bunkers that protect this hole. A bunker down the right side of the fairway requires a carry of 240 yards so an accurate drive is essential here. The green is protected by a deep creek in front that also wraps around the back so club selection is important, especially when the pin is cut front right or back left.

71- Par for the tournament, the second par 71 on the season. The first was the Diamond Resorts Tournament of Champions presented by IOA.

65- The low round of the tournament, shot by So Yeon Ryu in the second round last year.

8- Number of pair of siblings to play on the LPGA Tour.

The HUGEL-AIR PREMIA LA Open will air on the Golf Channel this week. We return to our usual Thursday-Sunday tournament schedule, with the tournament airing from 6:30 P.M. EST to 9:00 P.M. EST on April 25thand April 26th. On Saturday and Sunday, the tournament will air half an hour earlier, from 6:00 P.M. to 9:00 P.M. EST. Wilshire Country Club hosts for the second consecutive year, where the field will have full vision of the famous Hollywood sign during play.