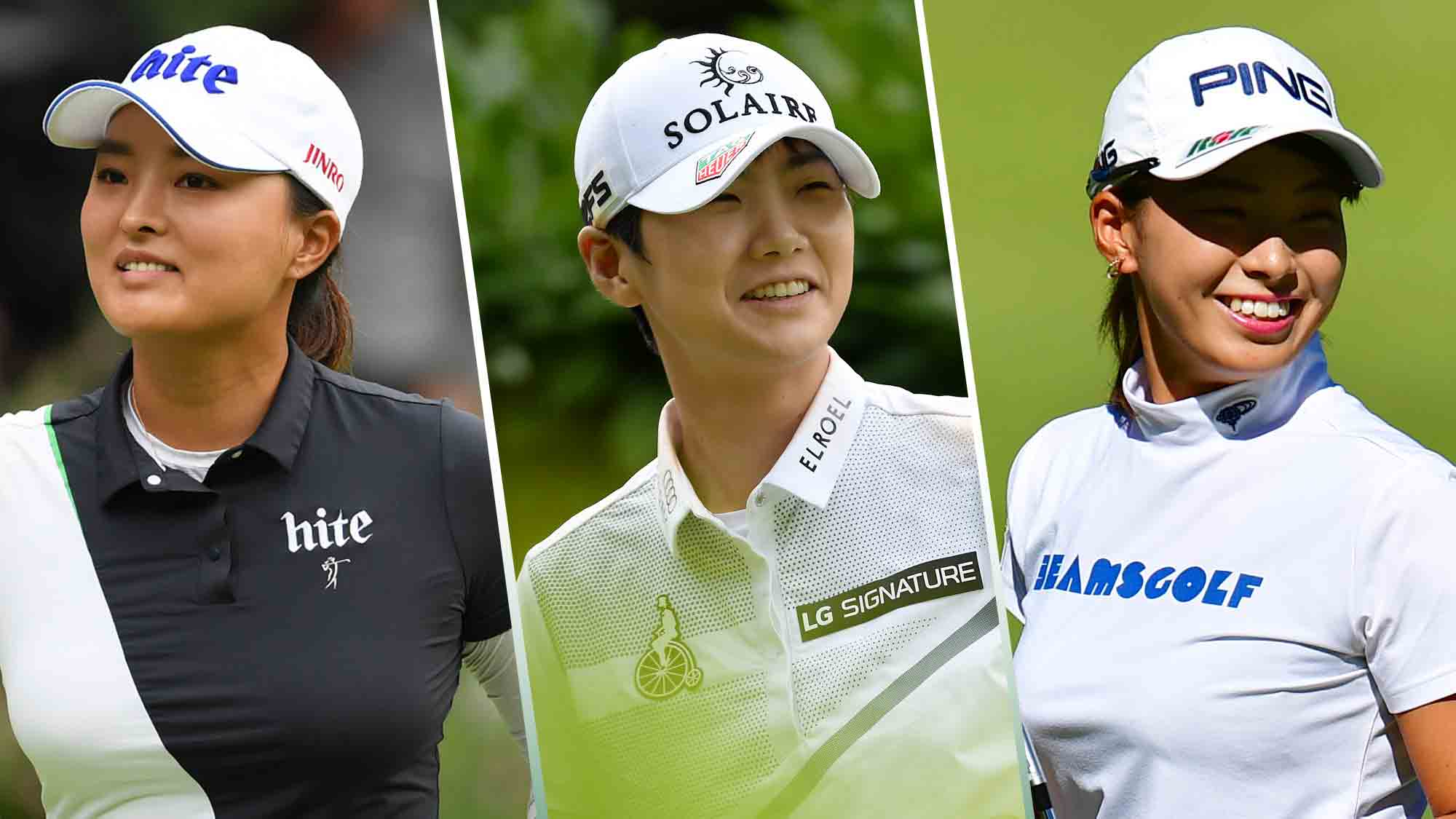 Jin Young Ko – The Rolex Rankings world No. 1 player headlines the field at this week's Taiwan Swinging Skirts LPGA presented by CTBC. The newly-crowned 2019 Rolex Player of the Year is making her second start in Chinese Taipei. Ko recorded her seventh consecutive top-20 finish last week at the BMW Ladies Championship where she finished T9 for her 12th top-10 result of 2019.

Sung Hyun Park – Rolex Women’s World Rankings No. 2 makes her third career start at the Taiwan Swinging Skirts LPGA, with a T12 result in last year’s event. The Republic of Korea native returns to action after taking a few weeks off, looking to pick up her third title of the season.

Hinako Shibuno – Hinako Shibuno, whose smile dazzled the world and won the hearts of many at this summer’s AIG Women’s British Open, will be making her second LPGA Tour appearance at this week's Taiwan Swinging Skirts LPGA. In her rookies campaign on the JLPGA, the Japanese native has earned three victories, in addition to her major championship title on the LPGA Tour. 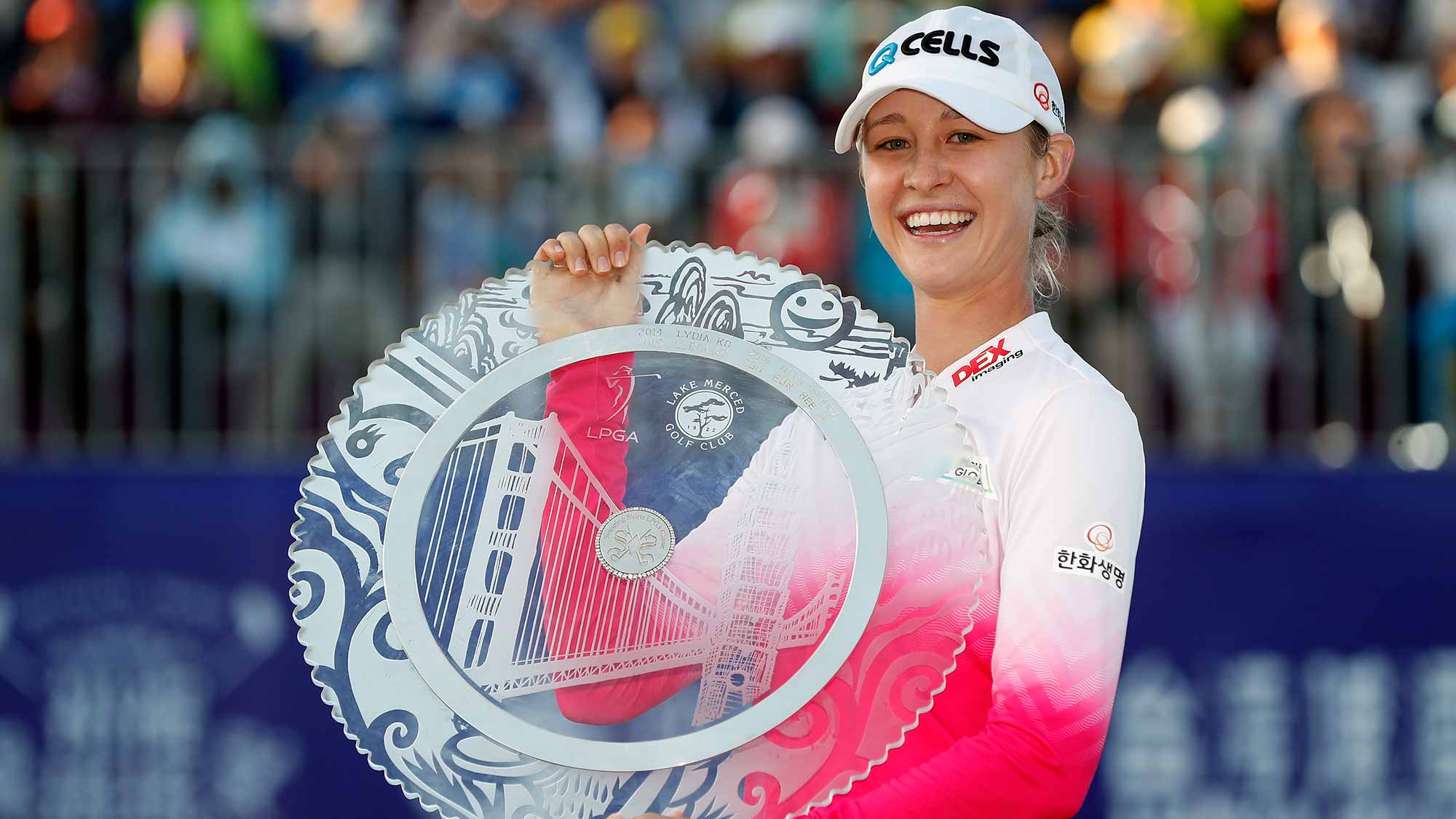 Defending champion Nelly Korda returns to Chinese Taipei, looking to successfully defend her title and pick up her second win in 2019 since capturing the ISPS Handa Women's Australian Open in February. Korda picked up her first career victory on the LPGA Tour at the Taiwan Swinging Skirts LPGA presented by CTBC. The third-year member held a share of the 54-hole lead with Wei-Ling Hsu, fired a bogey-free 68, which included two birdies and an eagle, to win by two strokes over Minjee Lee, who shot a bogey-free 66.

"It's definitely one of the best days of my entire life," Nelly Korda said last year after picking up her first LPGA Tour victory. "I can finally check that off of my list, winning an LPGA event, something that I dreamed of ever since I started playing." 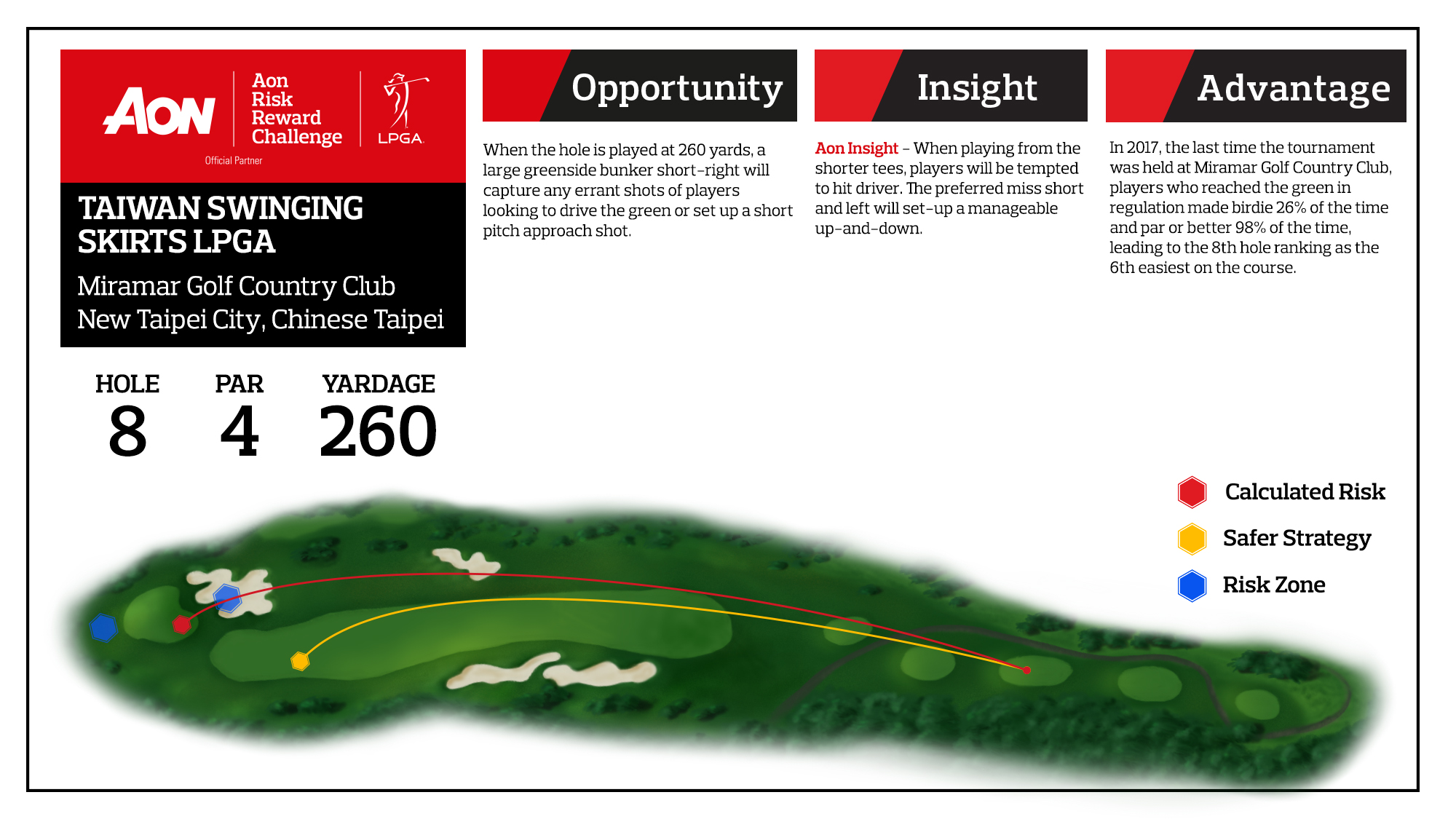 This week focuses on the par-4 8th hole at Miramar Golf Country Club. This hole is a reachable par-4, but it will require precision and strategy on the part of the players to create scoring opportunities. In 2017, the last time the tournament was held at Miramar Golf Country Club, players who reached the green in regulation made birdie 26% of the time and par or better 98% of the time. 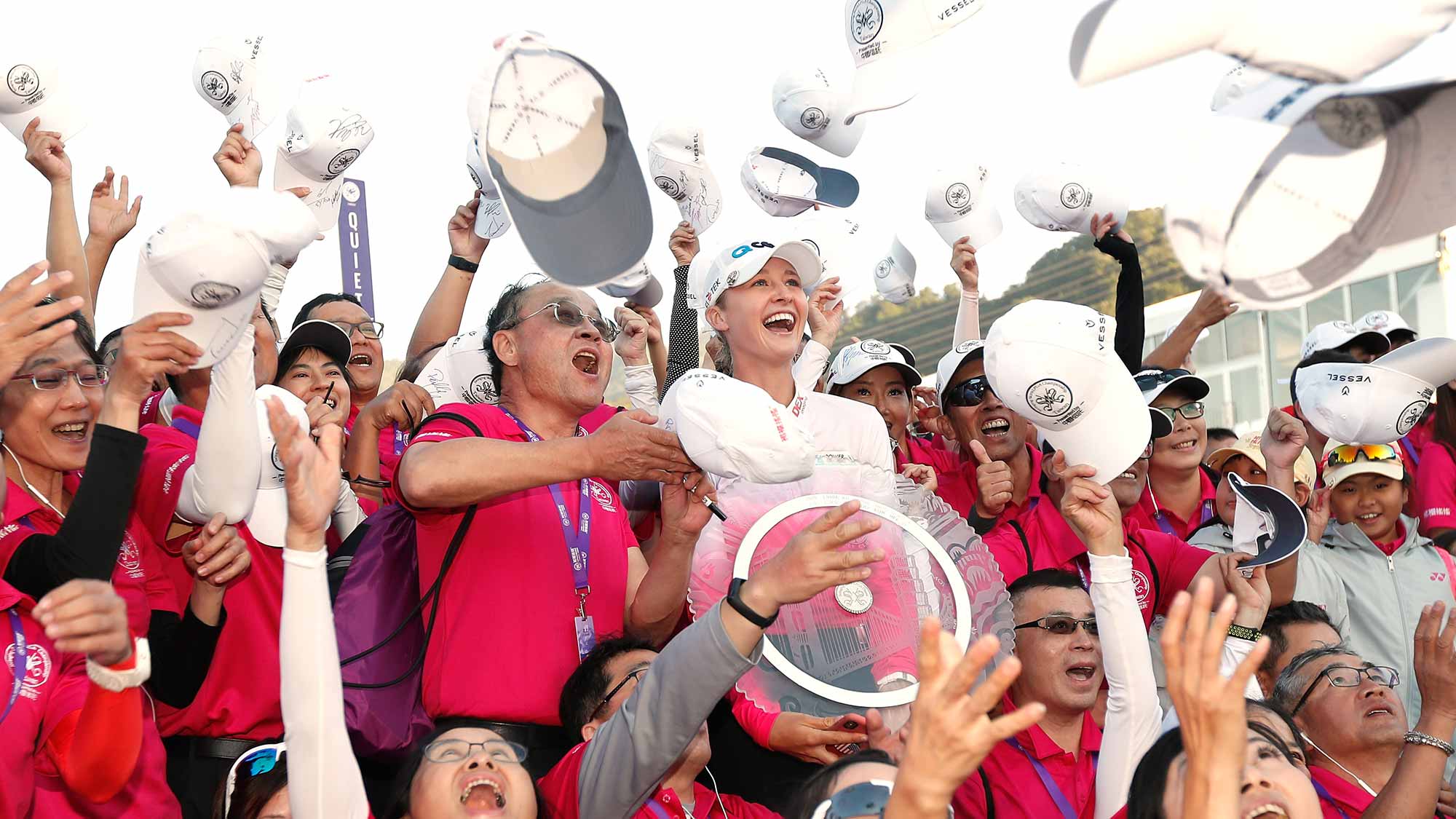 62 – Tournament-low score, most recently shot by Ha Na Jang in the third round in 2016 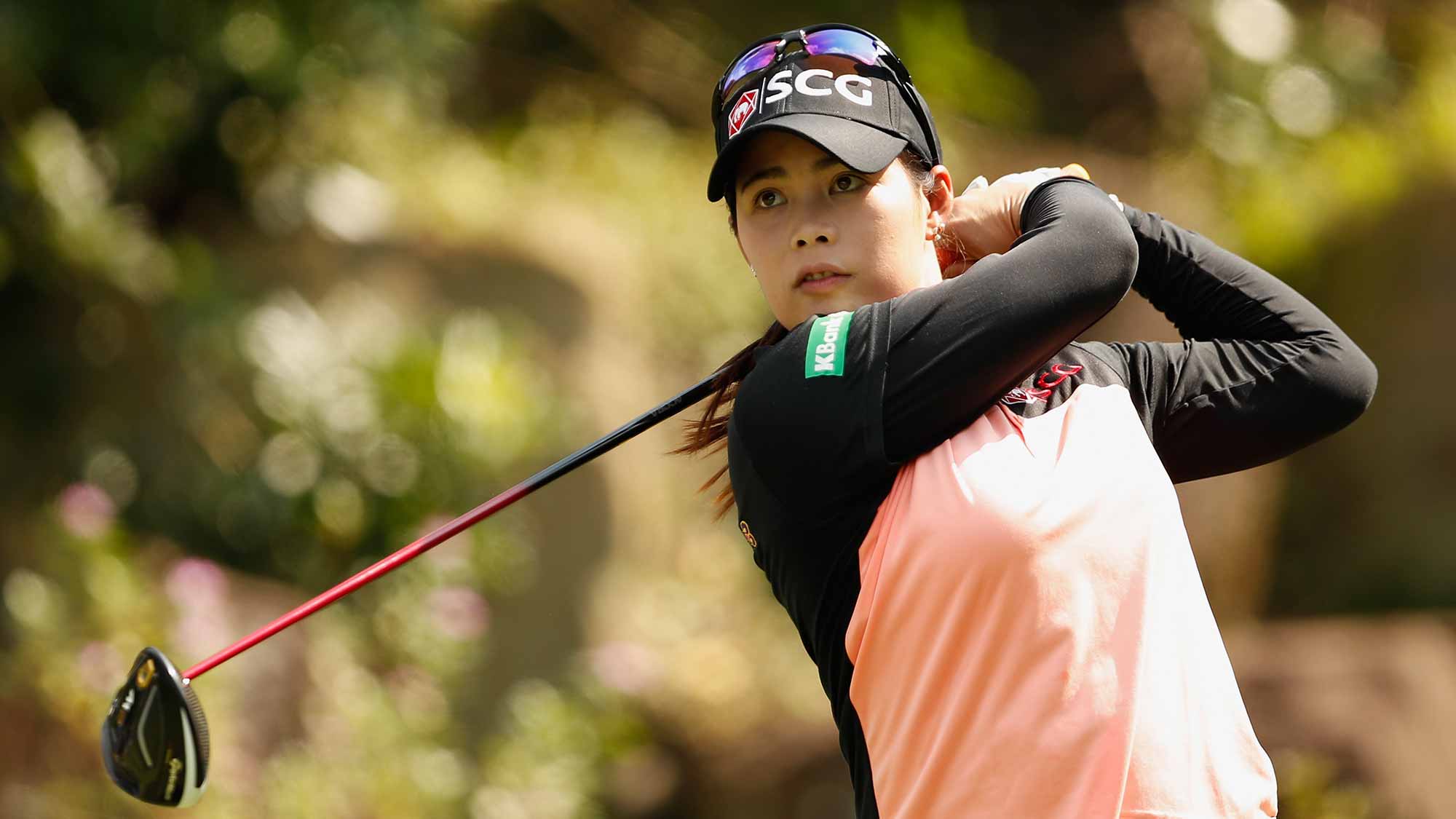 About This Week's Event

Format – Players will compete in a 72-hole stroke play format for a purse of $2.2 million.

The Field – The field at the Taiwan Swinging Skirts LPGA is comprised of 81 players, 62 of whom qualified via the LPGA Tour's official money list. 10 players from the Taiwan Ladies Professional Golf Association (TLPGA) are also in the field, in addition to nine sponsor invites. Click here for the complete field.