Sirak: Going Down Under For An Over-the-Top Idea - Women's Golf Takes a Step Toward Pay Equity at ISPS Handa Vic Open

History, at its imaginative best, has the ability to reinvent itself, to evolve, to survive by becoming better than what it once was. The Vic Open is such a creature. Founded in 1957 as a stop on the men’s PGA Tour of Australia, the event formally known as the Victoria Open, includes among its winners Peter Thomson, Gary Player, Kel Nagle, David Graham, Greg Norman and Ian Baker-Finch – all major championship winners.

The women’s Vic Open ran from 1988-92 then, after a 20-year break, returned in 2012 as a concurrent event with the men’s Vic Open, becoming the only golf tournament in the world in which men and women play the same course at the same time for equal prize money. Now it’s gone even farther, debuting this year as the ISPS Handa Vic Open and becoming an LPGA stop.

The idea is simple. The women play from their tees and the men from theirs, going off in alternating threesomes and producing two winners – a woman and a man. The defending champion for the women is Minjee Lee, an Australian who also won the Vic in 2014 as an amateur. Mel Reid won in 2017 and Georgia Hall in 2016. All are in this year’s field.

Clearly, the idea of a concurrent women and men’s event has been a success. In six years, the purse has increased tenfold and this year the total prize money is $2.2 million USD -- $1.1 million each for the women and men. The tournament is played at 13th Beach Golf Links in Barwon Heads, Victoria and the field has a lot of star power.

Included among the 127 women are Lee, who is No. 6 in the Rolex Rankings; No. 8 Hall, the reigning AIG Women’s British Open champ; 2018 ANA Inspiration winner Pernilla Lindberg; Australians Sarah Jane Smith and Katherine Kirk as well as Aussie legend Karrie Webb, Laura Davies, Catriona Matthew, Brittany Lang, Paula Creamer and Morgan Pressel, all of whom have won majors.

“It’s an old-school event – no ropes,” says Kirk, who now lives in Kansas and won for the third time on the LPGA at the 2017 Thornberry Creek Classic. “It’s pure fun playing with the guys,” she says. 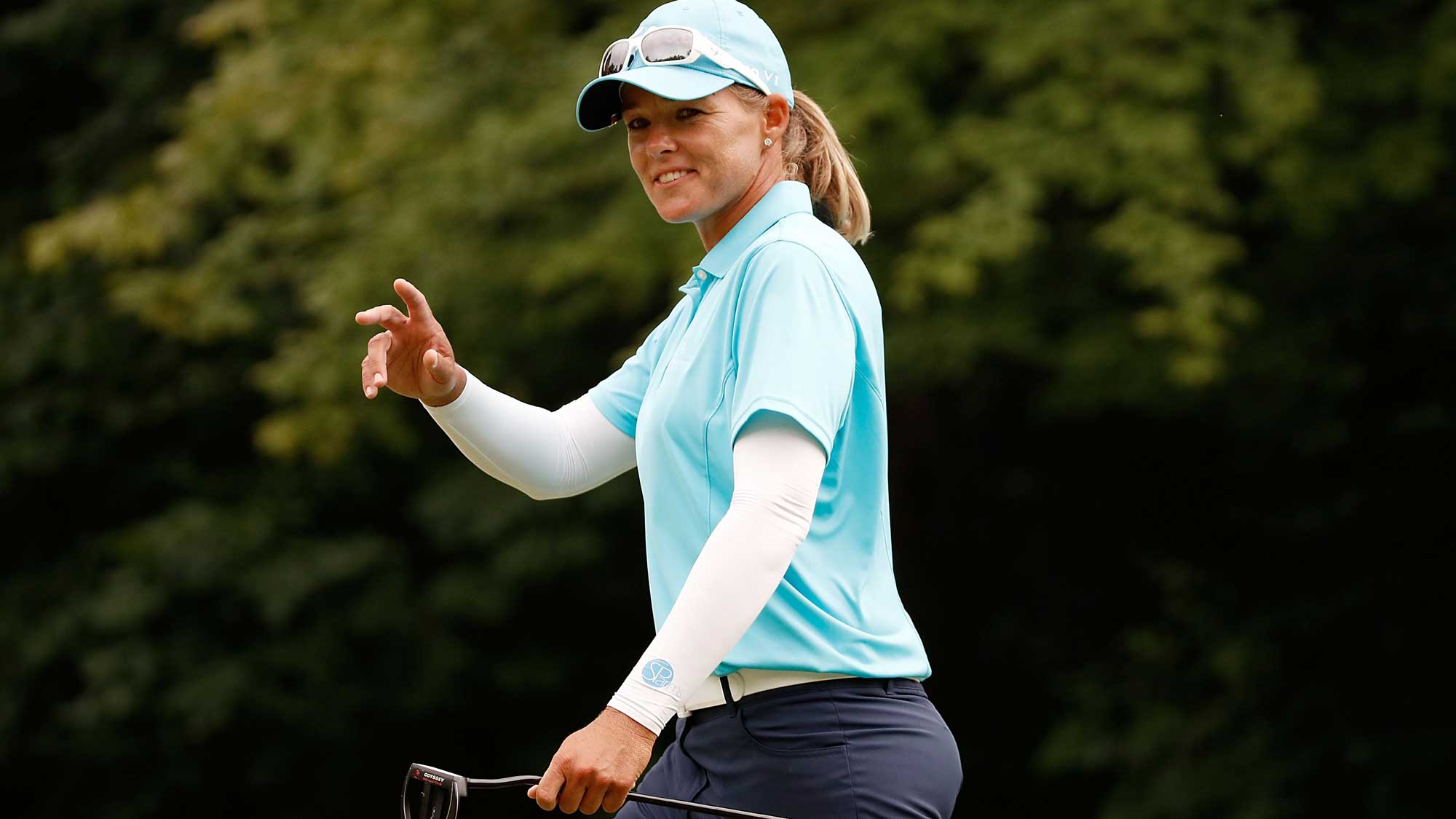 Coming on the heels of the inaugural Diamond Resorts Tournament of Champions, which was a huge success with its concurrent celebrity tournament, the Vic Open gives the start of the LPGA season back-to-back innovative events. The question many players have is whether the PGA Tour will be watching and if it might get ideas about partnering with the LPGA for a similar tournament in the United States.

“I would love it,” Kirk says. “I think it would be a huge success. We’d probably benefit more from it than the men, but I think it would be good for the overall game of golf. If it’s about growing the game of golf, why not do it?” Certainly, the strong TV ratings of the Diamond Resorts event proved that the celebrities brought new eyes to the LPGA product, and that’s how you grow viewership.

Like Kirk, Webb, who has 41 victories and seven majors on her LPGA resume, has played the Vic Open once before and is big fan of the format. “I love the concept of the tournament, love the venue at 13th Beach and the community gets right behind the event,” Webb says. But she is realistic about the obstacles in partnering with the PGA Tour on a concurrent tournament.

“Finding a venue that has 36 holes and can accommodate all that comes with such an event could be challenging,” Webb says. “The bigger roadblock would be that we’d have to play for equal money and with the PGA Tour purse each week being around $7 million, finding a sponsor that wants to put up $14 million might be a challenge,” Webb says. 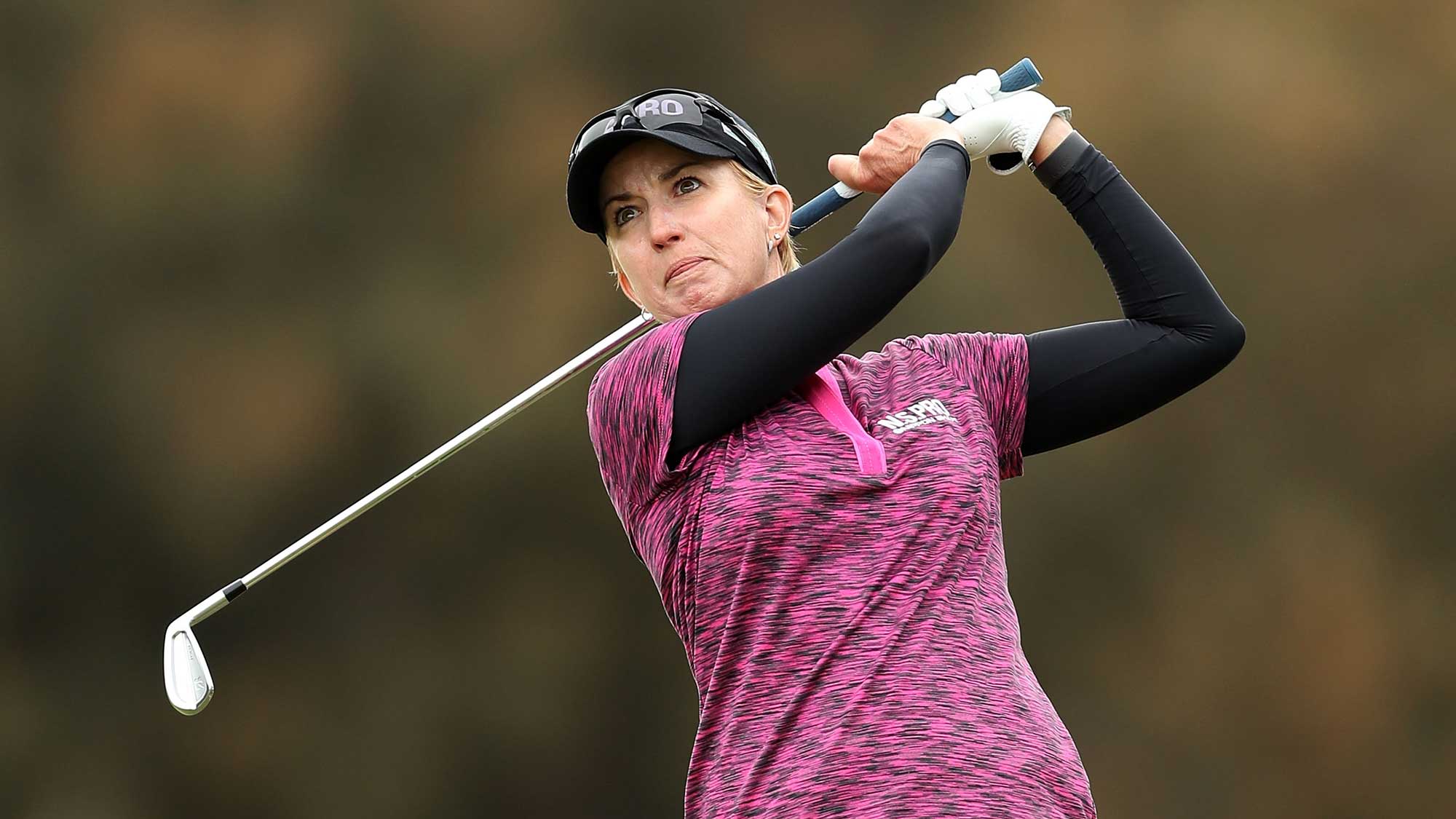 She says that, for now, partnering with men’s tours based outside the United States is best. “In the short term, that might be the way to go,” she says. But if there is one thing the LPGA has put on full display in recent years it is imagination.

In addition to the Diamond Resorts TOC and the ISPS Handa Vic Open, later this year the tour has the inaugural Dow Great Lakes Bay Invitational, featuring two-women teams, just some of the new ideas the LPGA has brought to the table. “[Commissioner] Mike Whan is an amazing man,” says Kirk. “He has three sons, but he gets it. He fights for us to get on an equal footing with the guys.”

Granted, there may be a way to go to get to full pay equity for male and female professional golfers. But the ISPS Handa Vic Open is a massive step in the right direction. In going down under the LPGA has found an over-the-top idea that could lead to bigger things down the road. What it has for certain is a great addition to the LPGA schedule.