Ruixin Liu enters her first domestic US swing on the LPGA Tour with a strong foundation in professional golf taught to her from one particularly influential figure in her life.

The she Liu is referring to?

The Chinese native first picked up a golf club at the age of six. It changed from a game to a dream after watching the 2009 US Women’s Open at the age of 10.

Liu and her family then looked to the United States, with professional golf dreams set in her sights. They toured five or six golf schools before settling on the Annika Academy, joining when she was 12. She left an immediate impression on Sorenstam.

“She was very determined at an early age. A lot of kids, they lose concentration. She would just keep practicing, keep going. That stood out with her right away,” Sorenstam explained.

That determination was rewarded by the 10-time major winner with opportunities to play on the Epson Tour.

Liu made her first appearance on the Epson Tour in 2013, with the Annika Academy getting her an exemption to play in the Volvik Championship as an amateur at the age of 14. She made the cut, shooting (+1) through the opening 36 holes. She polished off her tournament with a 2-under-par 70 in the final round.

“I was thinking, I can do this, when I’m 14, there’s the potential I can play on the LPGA Tour after I made the cut.” Liu explained.

Sorenstam concurred, “It was out of her comfort zone, but she probably wanted to do more of it. It made her work harder, want to perform better.”

Her hard work was rewarded with five more events as an amateur before joining the Epson Tour as a professional in 2017. Liu had two top-20 finishes in those events, showcasing the talent that drove her professional Epson Tour success. 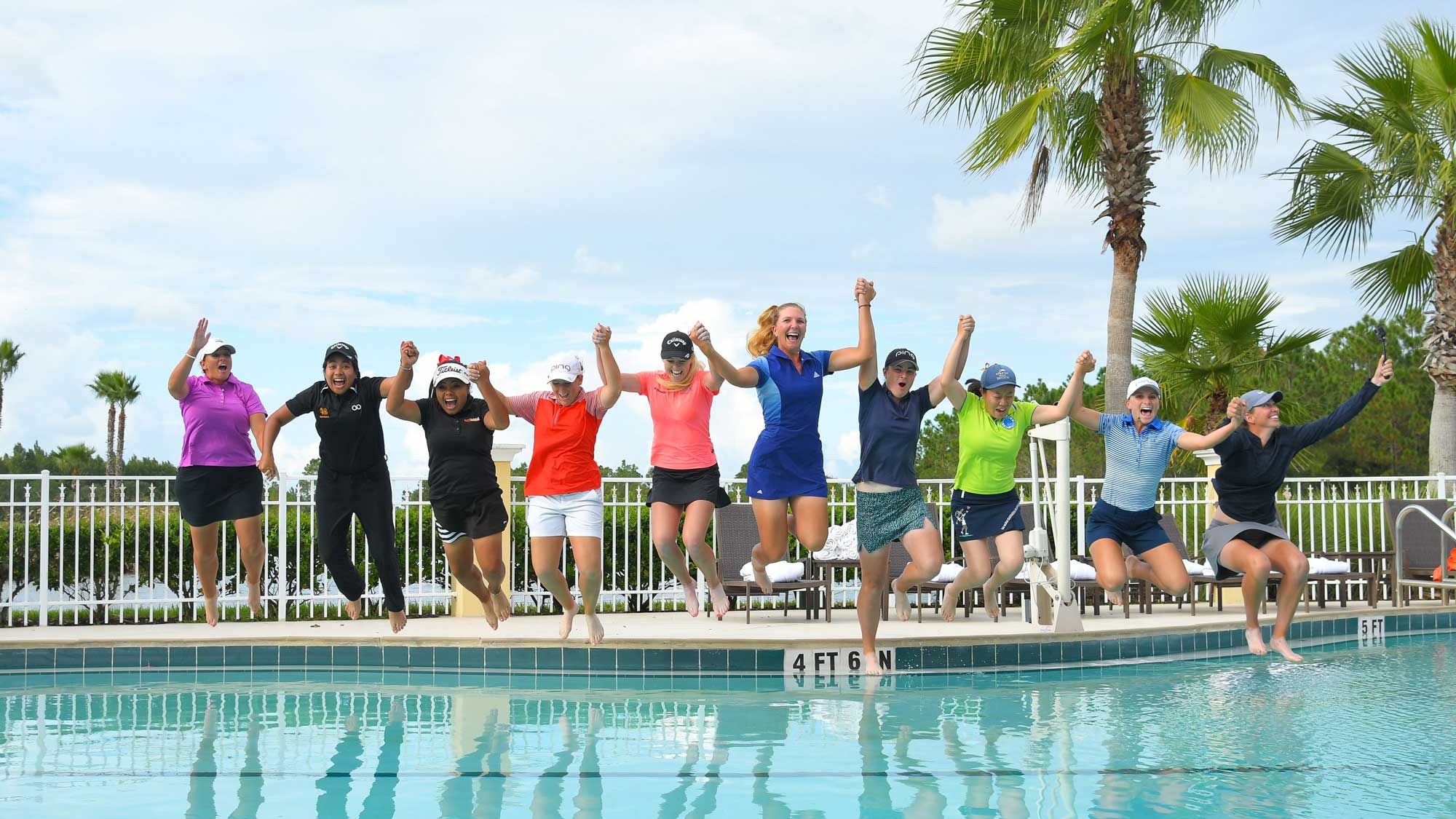 Liu made an immediate splash on the Epson Tour, finishing 17th on the money list in her debut season. “I think (after that season), I’m pretty close. If I work harder, then I got a shot.”

With her belief that she could make the LPGA Tour reaffirmed, she shot out of a cannon in 2018. Liu led the Epson Tour’s money list, with her standout year featuring three wins, including back-to-back wins to close out the season.

“It feels so good, just having the weight off the shoulders. Relief is probably the most I feel, then the joy comes around.”

The culmination of living and breathing golf since joining Annika’s Academy resulted in immense self-imposed pressure for Liu. After earning the 2018 Epson Player of the Year award to book her ticket to the LPGA Tour, the pressure released like a dam. She accomplished her goal of nearly a decade in the making.

Seeing the pressure Liu put on herself to succeed, her mentor put her accomplishment in perspective. “You know how hard she has worked, how important this is for her, a dream come true.”

Keeping the dream alive is the next challenge for Liu.

Lessons for the Tour

With her LPGA Tour card in hand at the age of 20, Liu turns to the greatest piece of advice Sorenstam gave her as she navigates her first season. “Just focus on what I’m doing at this moment, and just hit the shot and then don’t worry about everything after or before this.”

The 72-time career winner echoes that in her advice for Liu now, “Bottom line is finding your own path, your recipe to success, but it takes time. Don’t rush out there, it’s difficult on the LPGA.”

Liu found that out in her opening pair of LPGA events, missing the cut in two appearances in Australia to open up the season. She looks to rebound entering the domestic swing, driven by the determination that’s been the DNA of her game ever since she joined Annika’s Academy.

Liu will tee it back up at the Bank of Hope Founder’s Cup. It’s the first event as a professional where she shares the field with Eun-Hee Ji, who won the 2009 US Women’s Open that inspired Liu to chase to her LPGA dreams.