Written By: Zach Sepanik @zachsepanik
Zach spent two seasons as the communications manager on the Epson Tour before becoming a LPGA Tour media official in November of 2019. Prior to the LPGA, Zach was a sports anchor and reporter for two years with the NBC affiliate in Grand Rapids, Michigan.
﻿
0Share on Facebook
0

SZERYK STARTS STRONG OUT OF THE GATE
With the first 18 holes of the 2020 Epson Tour season in the books, it is Texas A&M University alumna Maddie Szeryk (London, Ontario, Canada) alone atop the Florida’s Natural Charity Classic leaderboard courtesy of a 5-under par 67 performance.

“It was good to come out and play again,” said Szeryk, who recorded six birdies around the Country Club of Winter Haven this afternoon. “I was not putting too much pressure on myself, just going to play and whatever happens, happens. Shake off the rust a little.”

The second-year professional finished tied for 71st at the second annual LPGA Q-Series in November and then recharged the batteries. Szeryk traveled to Rosemary Beach in the Florida Panhandle with several former college teammates to “do nothing and just hang out.”

“I took most of November and part of December just completely off, needed a break and a restart,” said Szeryk. “The first tournament of the year, you never know what to expect. I didn’t drive it super well last year, so that was a big focus for the offseason and I only missed two fairways today, was always in play.” 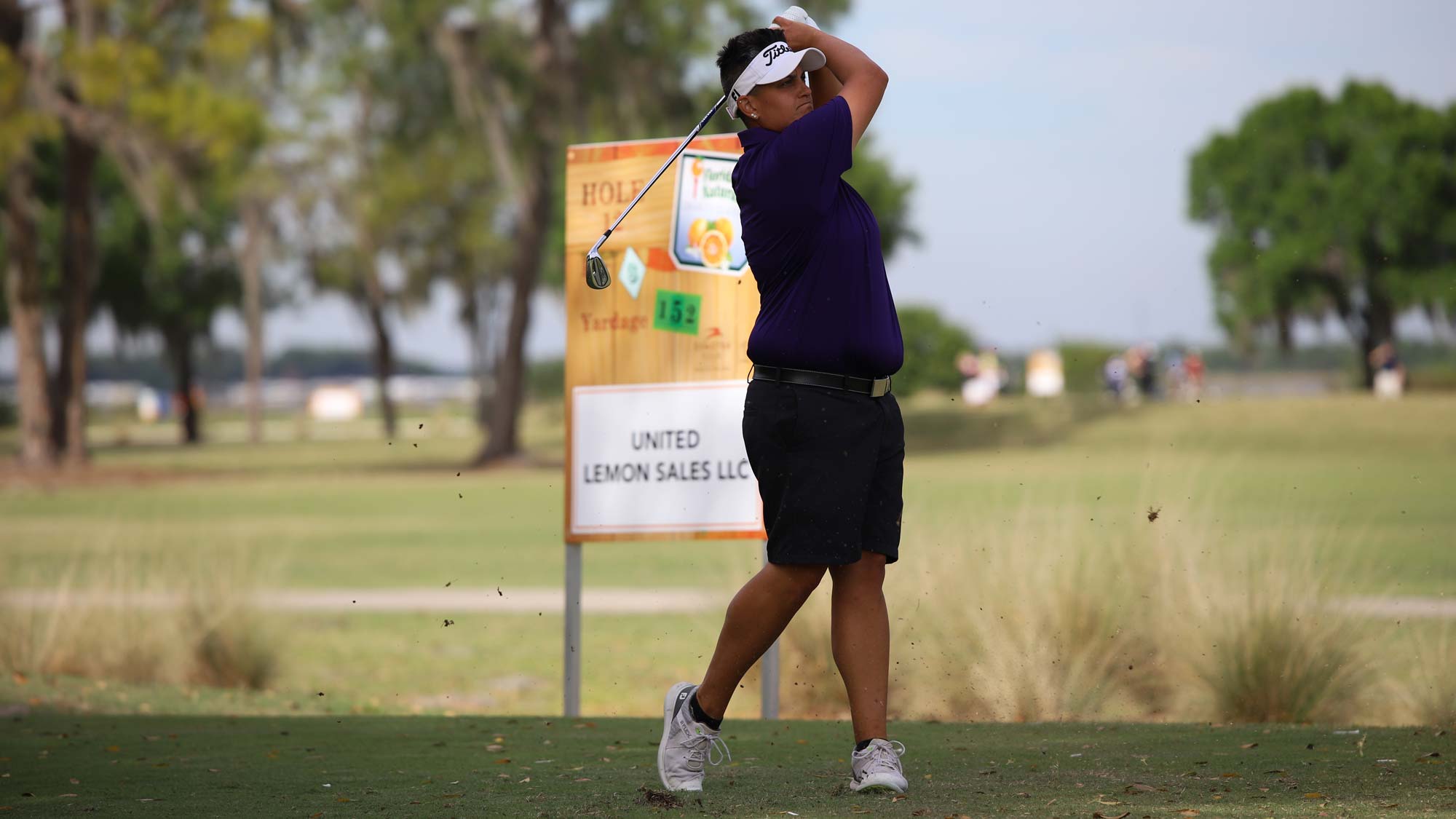 SUNSHINE STATE NATIVE IACOBELLI HAPPY TO BE WORKING
One shot back of the lead is three-time Epson Tour champion Daniela Iacobelli (Melbourne, Florida), who found her way to six birdies this afternoon to sign for a 4-under par 68.

“It’s very homey to me, there’s a lot of similarities to my home course [Suntree Country Club],” Iacobelli said. “Plus, I love Bermuda and fast Bermuda. I’ve also played here since 2009, back when the Epson Tour had a Q-School.”

Iacobelli has competed in this tournament at the Country Club of Winter Haven in each of the last three years. Her best finish of runner-up came a season ago while she has never finished outside the top-18 during that span. Even so, Iacobelli pointed out aspects that make her excited for a season opener other than getting off to a fast start.

“It’s cool to see it kind of come together a little bit,” said Iacobelli. “You’ve been practicing for however many weeks and kind of fighting things, or not necessarily scoring how you want to at home. The scoring out here matters. I’m just overly ecstatic to not be sitting on my couch for another week, so happy to be working.” 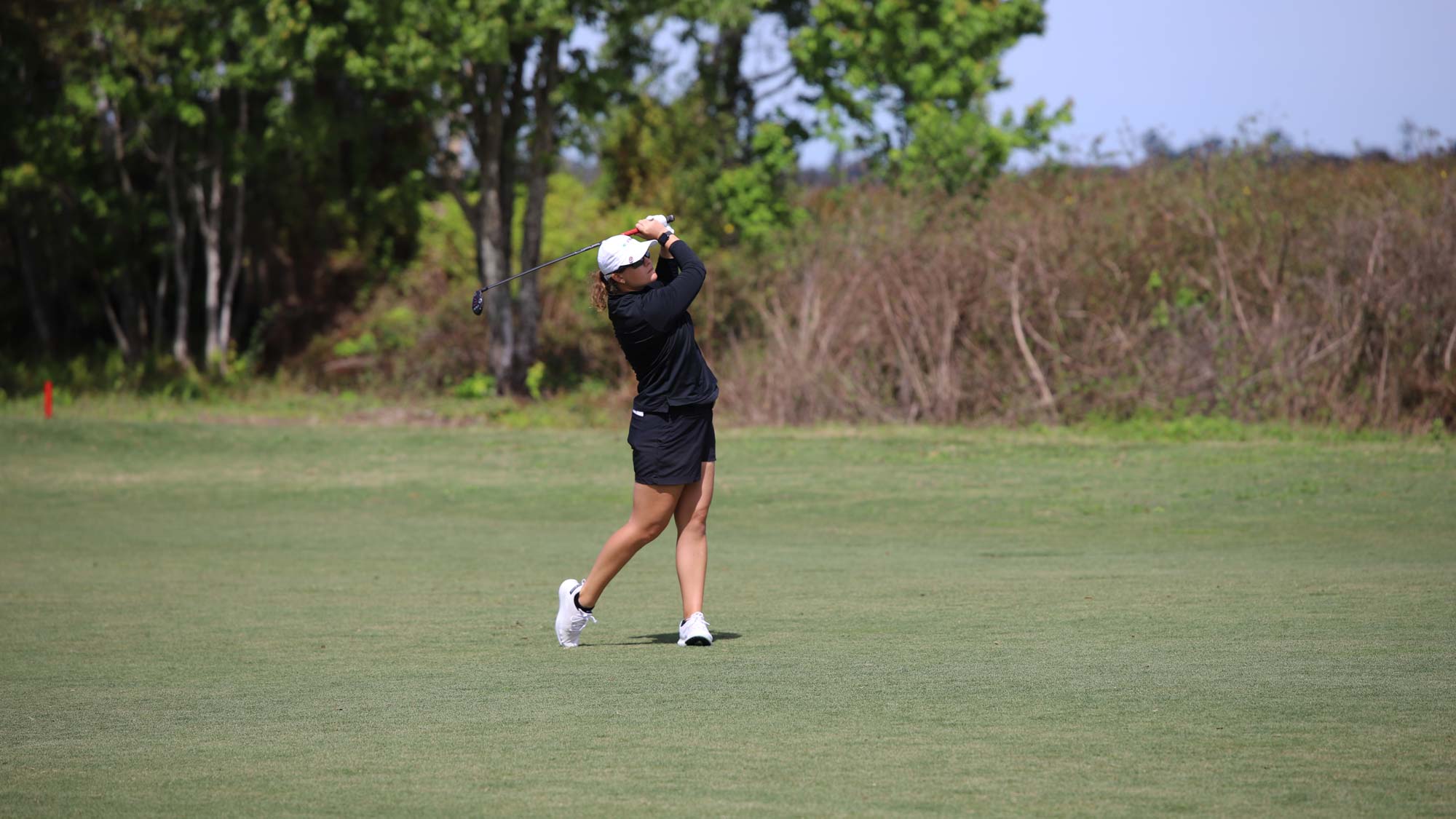 COUGHLIN PUTS OFFSEASON WORK TO GOOD USE
University of Virginia graduate Lauren Coughlin (Charlottesville, Virginia) headlines a group of six players tied for third and two shots back of the lead at 3-under par after day one in Polk County. She pointed to her offseason work as the reason for her success.

“Today was really good, everything was,” said Coughlin. “I controlled my irons really well, especially in the wind and was putting well. I saw a lot of progress in the stuff that I worked on during the offseason. I talked with my college coaches then worked with Kevin Kirk, who is Patrick Reed and Jhonattan Vegas’ swing coach. The thing that is going to get me to the next step is controlling trajectory, controlling left to right. I worked a lot on that, and it paid off today in the wind.”

NOTABLE QUOTES
Linnea Johansson (-3, T3) on her hole-in-one with an 8-iron from 134 yards on No. 12:
“It was pretty cool. I kind of saved par on Nos. 10 and 11, my first two holes of the day so I was like, ‘Ok, good start here.’ Then on the third hole, or No. 12, I was in-between clubs and didn’t know what to hit then committed. Hit a pretty good shot and saw it land but didn’t see it roll in at all. [My playing partner] Sandy [Choi] goes, ‘I think that’s in,’ and I was like, ‘No, it’s not. It’s probably in the shadow over there, over or something.’ We walked up, didn’t see anything and it was in the hole. It was pretty cool.”

Sierra Brooks (-1, T22) on going 1-under par in professional debut after shooting 2-over for first nine:
“Holy cow, that was a very interesting round. Started off a little rocky, but just getting over some, I guess tournament nerves and settled in my round then finally was able to figure that out by my back nine. It was one of those things to stay patient and not giving up, fighting until the very end. Today was a fight, that is for sure especially with this wind. I was proud of myself for sticking with it. It feels nice and been a lot of fun so far. I am really enjoying it and it’s what I love to do, there’s no better job out there.”

Lucy Li (+3, T84) on making her highly anticipated professional debut and getting used to Epson Tour:
“It felt good. I was kind of nervous, but it was really windy out there and played really tough. Kind of just getting used to something new. I played ok—could have been better, could have been worse. Its setup was pretty difficult I think because it is so windy today. They moved some tees up which helped, but the pin positions were actually tucked. It setup pretty tough. I had five months off without any tournaments, so I didn’t really know what to expect. Obviously, super excited for the season to start and getting used to how it is out here.”