This was not the way the LPGA planned on celebrating its 70th birthday, but really nothing could have honored the 13 Founders who created the Tour in 1950 better than the way this generation struggled through 2020. The diverse daughters of today’s LPGA did the mothers of the Tour proud.

In that first season, the LPGA Tour played 15 events and changed the face of sports. That 18 of the scheduled 34 tournaments in 2020 were played is an achievement nearly as monumental. Never have so few events meant so much to so many players.

Ko showed why she’s held the top spot for 73 consecutive weeks with a birdie barrage on the back nine at Tiburon Golf Club for a final-round 66 to finish at 18-under-par 270, five strokes ahead of Kim and Hannah Green. Mina Harigae was fourth at 276 with Lexi Thompson and Lydia Ko at 277.

Remarkably, the $1.1 million first prize – the largest in the women’s game – gave Ko the LPGA Tour money title at $1,667,925 – even though she played only four LPGA events in the COVID-19 abbreviated season during which she spent the bulk of the year isolating in South Korea.

“It’s only appropriate that the No. 1 player in the world wins the CME Group Tour Championship and the largest check in women’s golf,” said Terry Duffy, CEO of CME Group.

In fact, Ko needed a top-three finish in the U.S. Women’s Open the previous week just to earn enough Race to the CME Globe points to get into the Tour Championships. She responded by finishing second. 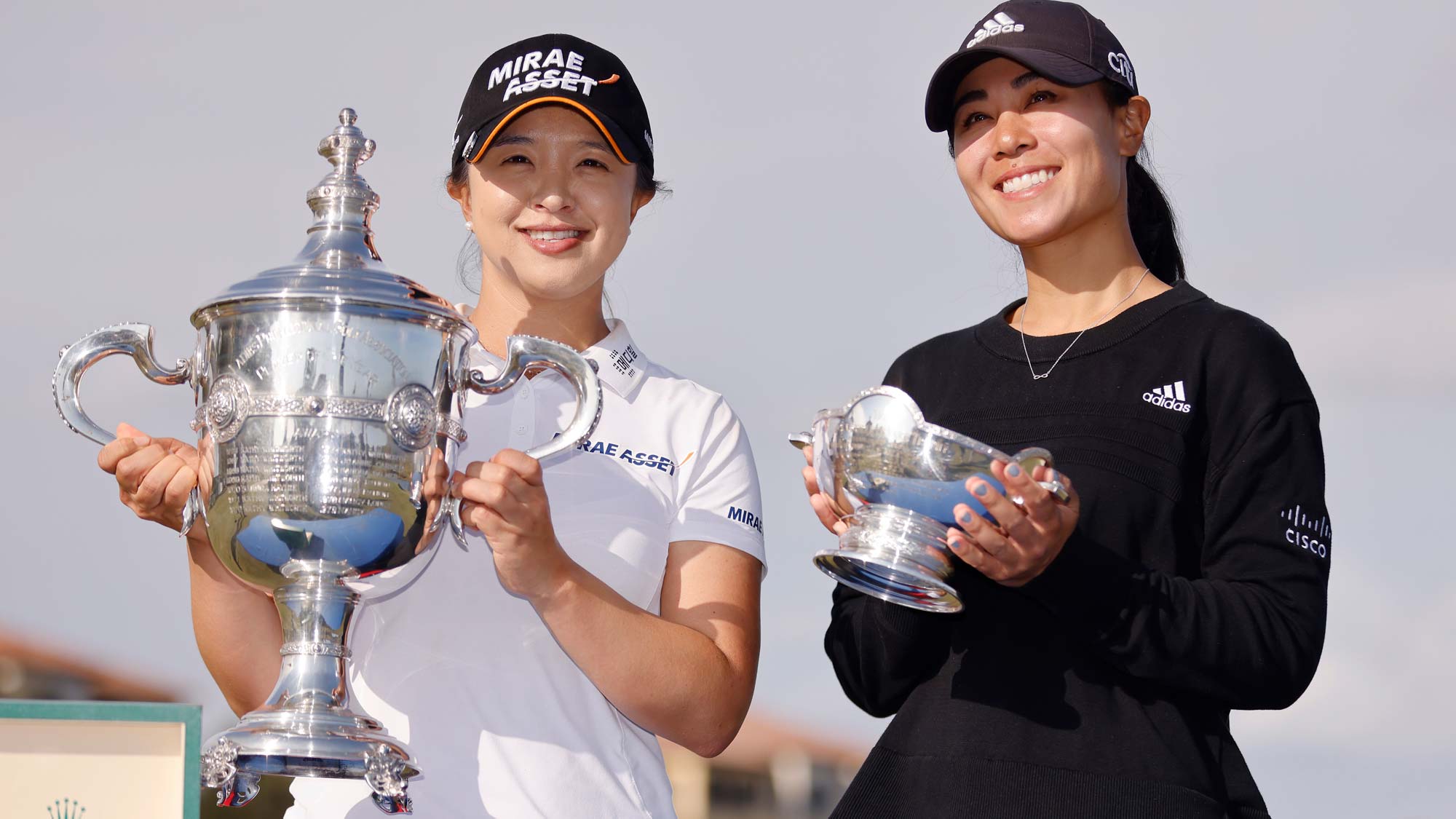 Kim’s second-place finish at the Tour Championship put her in the top spot on the Rolex Player of the Year points list, edging out Inbee Park. Danielle Kang took the Vare Trophy for lowest scoring average. Kim and Kang were the only two-time winners on the Tour in 2020.


“When I come back to the U.S. when I played at the Pelican tournament, I felt really sad because my parents and friends, they are in Korea,” Ko said, describing the difficulty of her personal struggle with the pandemic.


“I really practiced hard,” said Ko, who closed with five birdies over the last seven holes to separate from the extremely talented pack of challengers. “I just wanted to play CME. But last week I had really good round and then I finished top two, so and then I can play here.”

In the early days of the LPGA Tour, those who demeaned women’s golf, women’s sports and women in general predicted an early end to the new venture. They vastly underestimated the talent and determination of the players as well as the vision of their sponsors.

This year, it was a virus that doesn’t discriminate against gender, race or nationality that swept golf’s global tour into a global pandemic. Once again, the resolve of players, sponsors, volunteers and administrators was greater than the obstacles. Once again, belief in the LPGA Tour triumphed.

After opening the season with two events in Florida and then a pair in Australia, the Tour was poised to play in China, Thailand and Singapore. But from Feb. 13 until July 28 there was not a shot struck in competition – 166 days with no golf for fans and no paychecks for players.

But in a year in which the words “quarantine” and “social distancing” became commonplace while the words “testing” and “masks” took on new meaning, these words proved to be the most important:

The LPGA Tour developed a plan; the sponsors, host venues and TV partners showed flexibility and the players worked for the greater good, engaging in endless virtual meetings and following all the protocols to ensure a safe return of tournament golf.

“My team, my athletes, my caddies, and my tournaments really stepped up, and here we sit with an incredible year behind us,” said Commissioner Mike Whan. “Quite frankly, you can't rattle me this year on weekly issues because we won the war.”

The win in that war was expressed in many different ways.

That 18 tournaments were played is a win.

That four of the five major championships were played is a win.

That TV ratings and social media engagements spiked up is a win.

That the few positive COVID-19 tests were mostly off-site with no outbreaks at tournaments is a win.

And when Whan announced a schedule for 2021 that includes a record $76.45 million in prize money, 34 official events, the Solheim Cup and Olympic golf it was a win.

One of the lessons learned by the Founders early on is that struggle makes you stronger. With every prediction of the Tour’s demise, those pioneers continued to Drive On.

With every obstacle thrown in their path this year, LPGA Tour players shouted to the generation behind them: “This is for every girl.”

Like many family gatherings in 2020, the 70th birthday party for the LPGA Tour had to be reimagined.

What resulted celebrated the enduring spirit of the oldest professional sports organization for women – just as the Founders saw it with their 2020 vision.