More Than A Slogan: The True Meaning Of Drive On

More Than A Slogan: The True Meaning Of Drive On

Last week, LPGA*USGA Girls Golf member Claire Hollingsworth, a 14-year-old freshman at St. Benedict of Auburndale in Memphis, teed off with her teammates in the Tennessee High School Championship. When she had an opportunity to speak to her idol, Lydia Ko, on Wednesday at the Drive On Championship, Claire asked what a lot of girls her age and size (she stands 4’9”) would:

“I need much more distance on my drives to compete with the better-scoring girls and I need to get stronger,” Hollingsworth said. “I read a recent article about you and how your workouts have changed. What advice would you give to a petite person like myself to create more distance?”

Ko, who won her first LPGA Tour event when she was a few months older than Claire, said, “Everybody goes about their own different routines. Bryson DeChambeau has a very significant way he's gone about doing his to gain strength and gain length. And he’s been very successful at it. For me, I've been just trying to work with my trainers and make sure that I'm stronger both in the lower body and the upper body. For me, personally, I felt like I could gain a lot more muscle and get stronger in the lower body, but I was struggling a little bit more with my upper body. So, we were focusing on what areas that I personally need to work on. Obviously, that's different from me to you.

“But I think a lot of people are saying, ‘okay, the longer the better.’ Yes, obviously if you hit it long and straight that's great, but I think it's also important that you play your own game. We have so many champions, like Mo Martin. She's not the longest driver but she is an (AIG) Women's Open champion. You’ve got to play to your own game. Obviously being longer is great and getting physically stronger so that you're not going to get as many injuries down the road. But I think if you play within your strengths, you're still able to compete at a very high level.”

Great advice. But even better were the circumstances that led to the question.

Claire is the latest inspiration, and the first non-LPGA Tour player whose Drive On story, entitled “Small but Mighty” has been shared with the public. 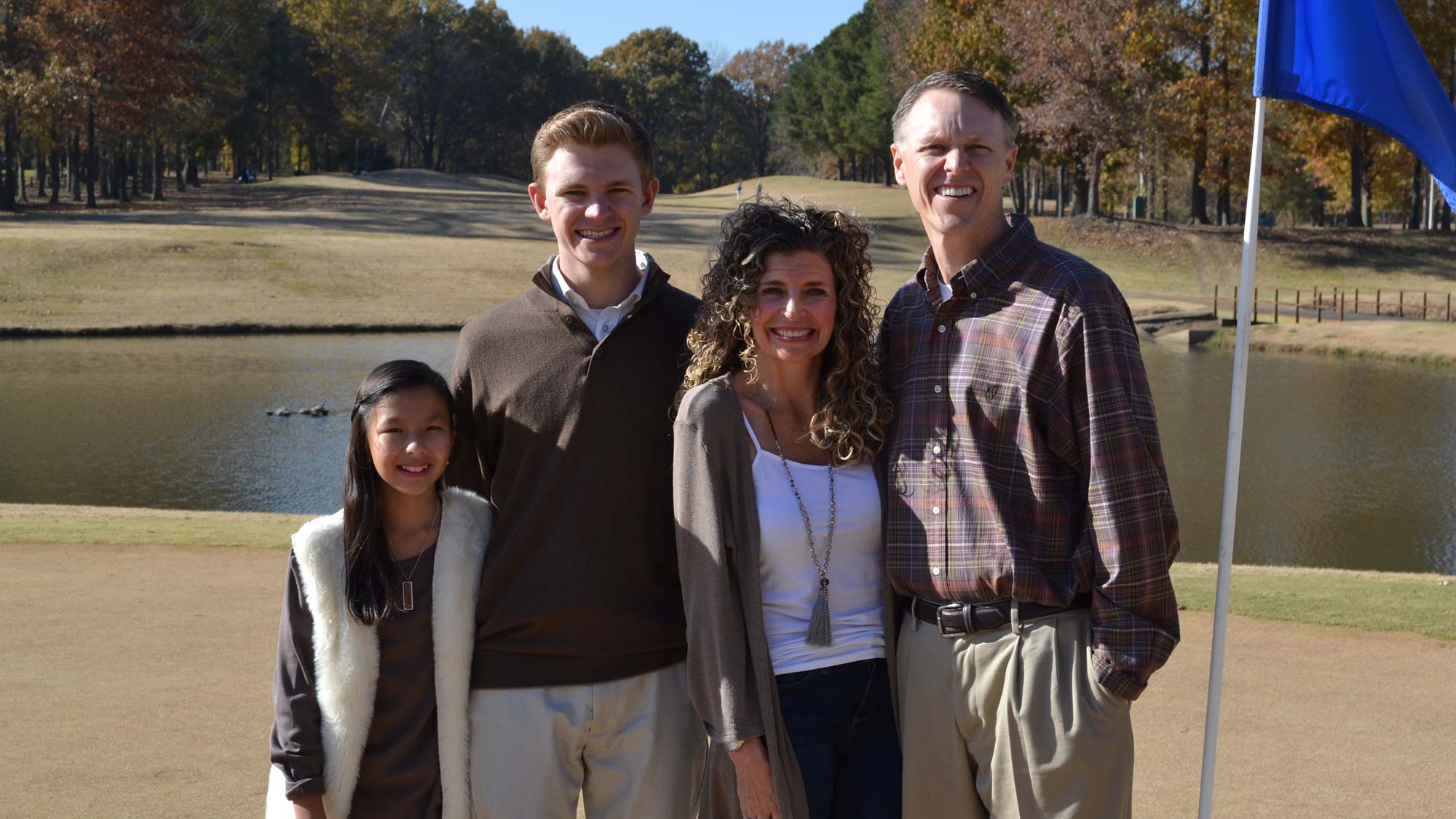 Born in Hunan province in China, Claire was one of the million or more infant girls abandoned during China’s one-child policy. She was placed in a wooden box and left near an orphanage. At 9-months old, as she says, “I was adopted by a golf-loving family.” Claire is one of the “lucky girls,” an English phrase that millions of non-English-speaking Chinese say of the children who are adopted into loving homes.

It is one of the simplest and truest translations you will find. The adopted girls from China have grown into a community of adored young women.

But thousands of girls were not so lucky.

We picked up Liza at a Kodak store in China in April of 2002. Like so many aspects of our adoption journey, we weren’t quite sure what was happening. I thought some other parent in our group had forgotten a camera. Then a bus pulled up and a dozen nannies got out carrying children. Liza, who was 16 months old at the time, was placed on the floor in front of us, and without so much as a “good luck,” the nanny turned on a heel and was gone. 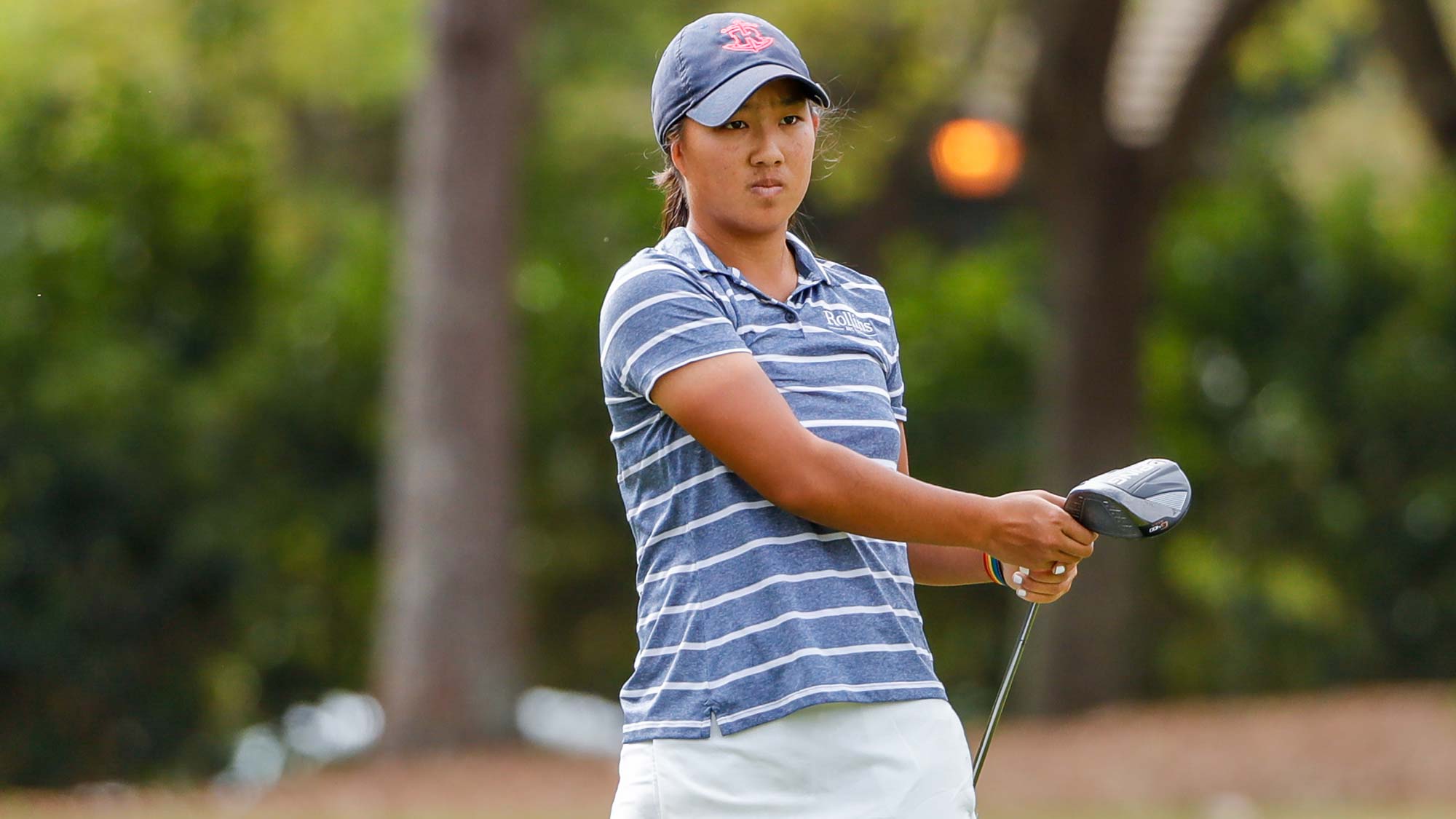 Not only had Liza never seen a Caucasian person (my wife is blonde, which made her a unicorn in China at that time), Liza had never ridden in a car, eaten in a restaurant, flown in a plane or ridden in an elevator – all of which we subjected her to within 48 hours. You can imagine how she reacted.

Today, she plays golf at Rollins College in Winter Park, Florida. She has a shelf full of trophies, a treasure-trove of friends and a lifetime of memories developed through her family and from the game of a lifetime.

Also, like the Hollingsworths, we took our daughter back to the country of her birth. We went in 2009 where people from the orphanage and foster village in Yunnan province welcomed us with open arms. They fed us, took us to a local music venue and threw a party where we introduced the locals to country music and line dancing. But the reality of life set in as the afternoon wound down. One of the older girls in the village asked a nanny, “Those girls, they’re just like me? They were here, just like me?” When the nanny confirmed that our daughters had, indeed, been in the same orphanage, perhaps at the same time as the girl who asked, the teenager broke away from the others and got onto our bus. She latched onto one of the support poles and wouldn’t let go, crying hysterically as she was removed.

It was a quiet ride back to the hotel and a long and reflective flight home.

“We did go back (to China) last year,” Claire said on Wednesday. “We went to four different provinces and we went back to my hometown to see the orphanage where I came from. They turned it into a special-needs home and that was really nice to see. We donated box fans because they don't have air conditioning.

“You don't always get to choose what you do. Sometimes it's just something that you are born into and you have to do that thing. Sometimes, you don't have an option.”

Drive On has never been a tagline. It wasn’t created as a marketing campaign or a strategy statement. The LPGA didn’t launch Drive On or the Drive On Championships to burnish the brand or embed a slogan. Nobody set out to create women’s golf’s version of “Coke Is It.”