One of only six African American women to ever play on the LPGA Tour, Powell is honored by LPGA Professionals for her ability to inspire young golfers everywhere

DAYTONA BEACH, Fla., August 25, 2020 – Renee Powell, a member of the LPGA Professionals who is one of only six African American women to ever play on the LPGA Tour, joins an elite group of her peers as the recipient of the 2020 Ellen Griffin Rolex Award. 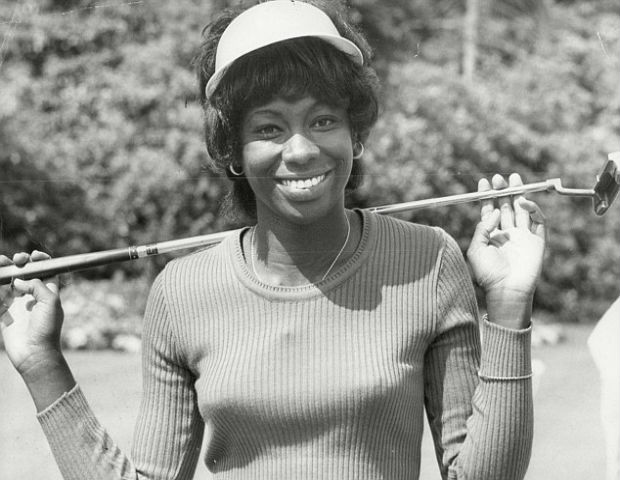 The Ellen Griffin Rolex Award, instituted by The LPGA Professionals Membership in 1989 to honor the late teaching professional Ellen Griffin, recognizes an individual, male or female, who made a major contribution to the teaching of golf and who emulates Griffin's spirit, love and dedication to students, teachers, teaching skills and the game of golf.

“What a great honor to be the recipient of such a prestigious award in honor of one of the greatest golf instructors, Ellen Griffin,” Powell said. “It was my fortune to have met her many years ago as a young golfer early in my days on the LPGA Tour. She taught the game with love, and I hope I embody that same quality when I instruct each pupil.”

Powell, who became the first woman of color to be elected to membership in the PGA of America, was awarded as one of seven women to become Honorary Members of the 260-year-old Royal & Ancient Golf Club in St. Andrews, Scotland. She also became the first American honored by the University of St. Andrews with the dedication of a residence hall – Renee Powell Hall.

Inspired by her father Bill, a PGA Life Member, Powell began playing golf when she was 3-years-old. By age 12, she entered her first amateur tournament and won her entire division. By age 15, Powell won 30 youth tournament trophies. In 1967, Powell made her professional debut on the LPGA Tour and in 1973, won the Kelly Springfield Open in Brisbane, Australia setting the course record at 67.

More than Powell has received, though, she has given. In 2011, Renee founded Clearview HOPE (Helping Our Patriots Everywhere), which is the sole year-round women’s military rehabilitative golf program in the country. The chapter currently serves nearly 60 female veterans from throughout Northern Ohio. Additionally, in 2020, five LPGA*USGA Girls Golf  sites in Powell’s home state of Ohio received financial grants as part of the Renee Powell Grant to help create partnerships and outreach opportunities with youth organizations serving Black girls.

“Just as Ellen Griffin transformed ‘The Farm’ into a haven for learning and life experiences, Renee Powell crafted her legacy from the lesson tee outside her front door at her family’s Clearview Golf Club in East Canton, Ohio,” said Bob Denney, PGA Historian Emeritus, in his nomination letter for Powell. “Her late father, William, defied discrimination and all odds to carve a course from hand into a berth on the National Register of Historic Places. Today, William’s only daughter continues to make that piece of ground the true First Tee in America, where William once said, ‘the only color that matters is the color of the greens.’”

“Ms. Griffin believed in teaching the person as is the real signature of the LPGA Professionals,” said Powell. “Besides my father, I learned a great deal about teaching the human spirit from those early teachers like Ellen Griffin and Betty Hicks. So many lessons can be learned about how to teach one's students to enjoy the game. I have talked to Shirley Spork numerous times about Ellen Griffin as she worked closely with her. So much we can learn from those that have set the bar very high for us.”