Second Round Notes from the ShopRite LPGA Classic presented by Acer

Mission Inn Resort and Club Championship to Return in May

Second Round Notes from the ShopRite LPGA Classic presented by Acer

NASA HATAOKA LAUNCHES INTO LEAD AT SHOPRITE LPGA CLASSIC HALFWAY POINT
Three-time LPGA Tour champion Nasa Hataoka launched to the top of ShopRite LPGA Classic presented by Acer leaderboard with a second-round 67 on the Bay Course at Seaview, A Dolce Hotel. Her 36-hole score of 131 is the second lowest of her career, bested only by a 129 in the 2018 Walmart NW Arkansas Championship presented by P&G (which she won).

“I wasn’t striking the ball as well as yesterday, but I was able to convert birdie chances where I wanted to and that was good,” said Hataoka. “Today wasn’t about making long putts; it was more converting the small chances I had.”

The 21-year-old had only one blemish on the scorecard, a bogey on No. 2 following a birdie to open her round. She rebounded with four more birdies, including a three-foot putt at No. 18 after nearly chipping in from the fairway. Hataoka is looking to become the second Japanese player to win the ShopRite LPGA Classic, joining 2010 champion Ai Miyazato. She is 10-under par overall at the halfway point in Galloway, N.J.

“I looked up to her,” Hataoka said. “She was a player, I felt like, that played mostly in the U.S. instead of Japan. She obviously won here, and I feel like maybe this will be a chance for another Japanese player to win this tournament.”

Heading into the weekend, Hataoka holds a one-shot advantage over 18-hole co-leader Mi Hyang Lee, who shot a 2-under par 69 in cooler morning conditions on day two, and Mel Reid, who fired the round of the day with a bogey-free 64.

“Actually was a little chilly this morning,” said Lee. “It was less wind as yesterday, so it was easier to get the second shot to hit the green on par-5s. It was really chilly in the morning, so my distance was a little shorter than normal. But it was all good.”

Celine Boutier and Amy Olson hold down the fort in a tie for fourth position at -9. A total of four players sit at -8 including the most recent LPGA Tour winner, Georgia Hall.

“I took that confidence from a couple weeks ago and my game is in good shape,” Hall said after a second straight 4-under 67. “I’ve stayed really relaxed and enjoyed it. The pins were slightly trickier today. Let’s see what I can do on the weekend.”

Four individuals are four shots back at 7-under par overall. Defending champion Lexi Thompson will play the weekend to continue her ShopRite LPGA Classic defense in a tie for 36th at -3 following a 1-over 72. A total of 76 players made the cut at even. Notables to miss the weekend include past ShopRite LPGA Classic champions Brittany Lincicome and Angela Stanford, 2020 ANA Inspiration winner Mirim Lee and 20-time LPGA Tour champion Inbee Park. 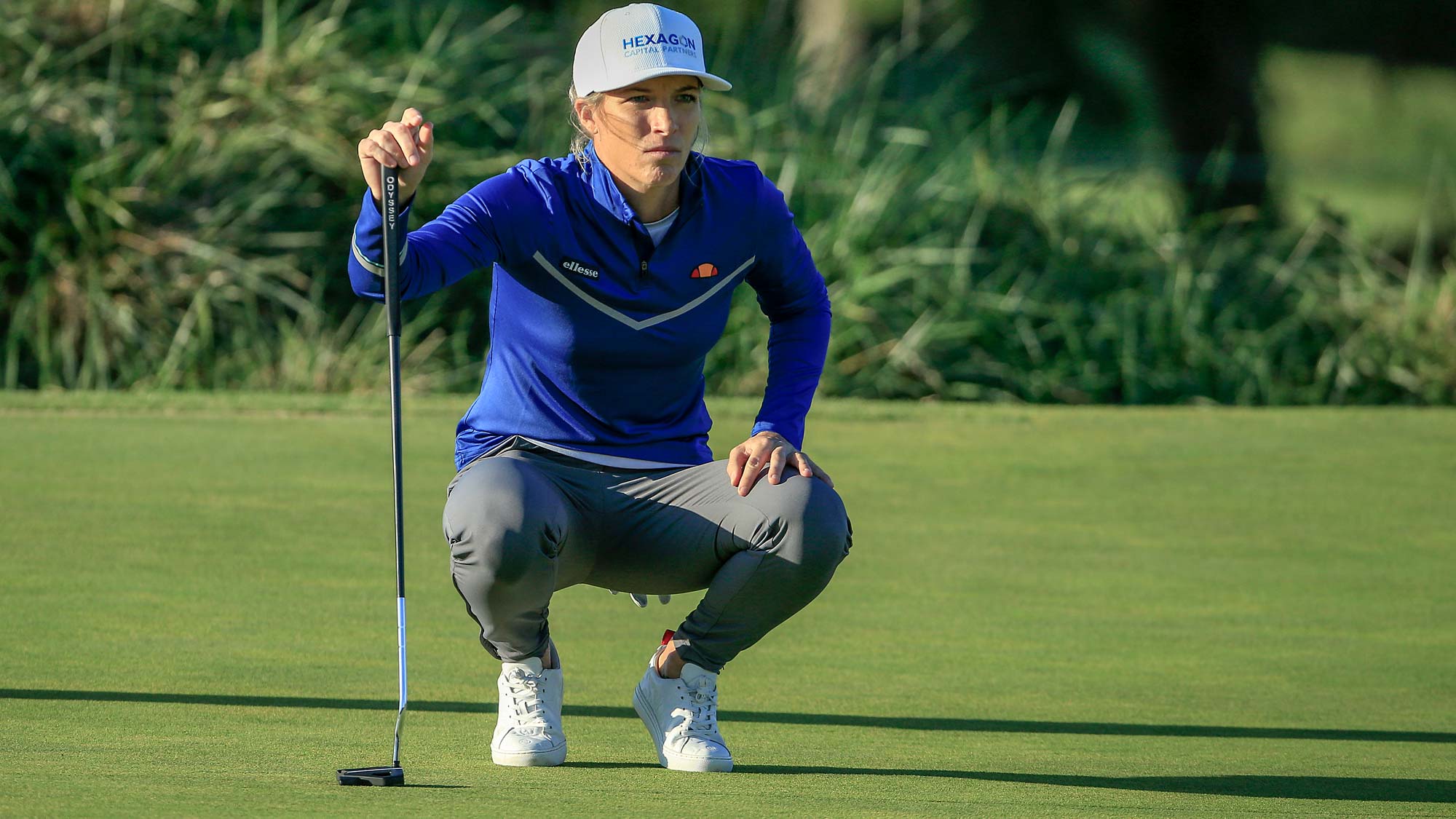 MEL REID CONTINUES HOT STREAK
Mel Reid started the second round of the ShopRite LPGA Classic in a tie for 22nd, but didn’t stay there for long. Seven birdies, including five over her last seven holes, and no bogeys later, Reid landed herself in a tie for second at -10, one shot behind Nasa Hataoka’s lead.

“Obviously the greens are not as pure as they are in the morning, so you just have to try and hit good putts. But I struck it really good. I wasn't happy with the way I hit it yesterday, so we did a little work after the round,” said Reid, who fired a career-best 64 in the second round. “Took a little bit more care in my warmup this morning just to get a good feel, and it worked out. I drove the ball really nice.”

Since missing the cut at the Walmart NW Arkansas Championship in August, Reid has put together her best performances of 2020 with a T7 finish at the ANA Inspiration and a T5 result at the Cambia Portland Classic. She led by two strokes heading into the final round in Portland but fell out of contention after a final-round 74. It was a learning experience for the 33-year-old, who took the past week to reflect and to regroup before getting the itch to compete again.

“I took a lot of confidence from the ANA Inspiration. Funny enough, I didn't take a lot of confidence from last week, even though I finished fifth. I felt like I was little disappointed how I handled the last round, so I kind of wanted to redeem myself the next couple weeks,” said Reid. “I kind of wanted to get straight back into a tournament. It was obviously nice being home for a week, but I actually wanted to play. Took a few days off and regrouped and reflected on a few things I didn't do great, so hopefully going to take it into this weekend and see what happens.” 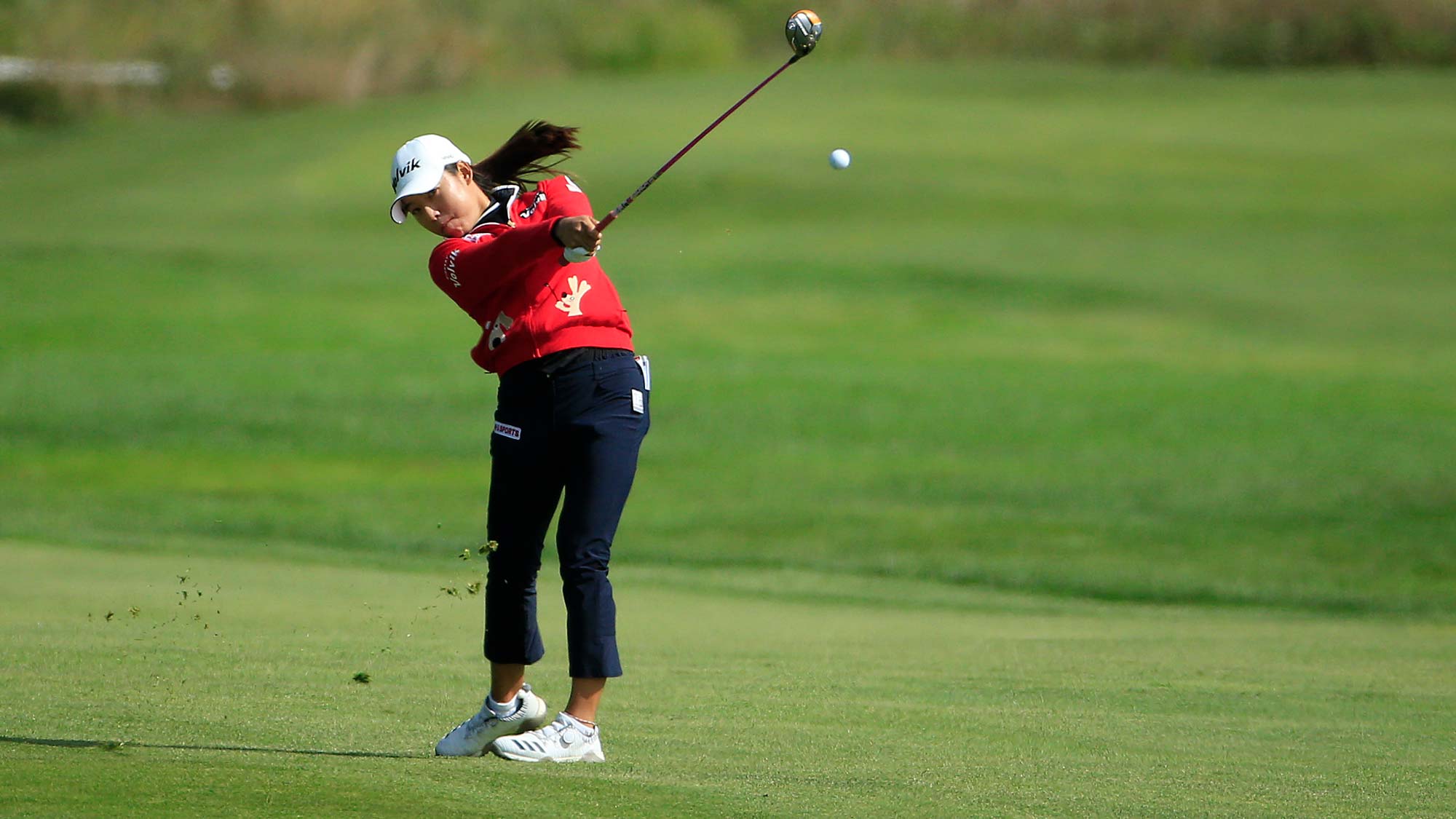 MI HYANG LEE EAGER TO CHASE HATAOKA IN SOUTH JERSEY
Mi Hyang Lee was on top of the world and the ShopRite LPGA Classic leaderboard after her first-round 63 yesterday. It was one stroke shy of her career-best 18-hole score of 62 from round one of the 2016 Volvik Founders Cup. Fast forward to today where, despite two bogeys on the scorecard, Lee found four birdies en route to a second-round 69 and is currently tied for second in Galloway, N.J.

“I think it was great to make two birdies on front nine, two holes in a row. It was great conditions, but I made first bogey on hole No. 6, my back nine, then three-putted,” said Lee, who tied a LPGA career-best 36-hole score of 132, which she set at the 2019 Evian Championship. “Then another bad luck at 7 and 8. I made two bogeys, but still make the 2-under par, then really look forward to playing this weekend.”

Lee will join Mel Reid and 36-hole leader Nasa Hataoka in the moving day final grouping and mentioned that she prefers to chase the lead instead of being out ahead of the pack. “Less pressure,” said the two-time LPGA winner. As she heads into the weekend, Lee said she’s still taking it all one shot at a time.

“I still have two days left and I'm just going to try my best,” Lee said. “I don't want to think of golf score. Just want to do my golf. Yeah, that's my goal.”
Comments
5
Leaderboard