A Fifth Year Sparks An Extended Career For Swann

A Fifth Year Sparks An Extended Career For Swann

Written By: Ali Palma @AliPalma_
Ali is in her second year with the LPGA and is the Epson Tour Media Official. Prior to moving to Florida, Ali was an American Junior Golf Association Intern and a Communications Assistant with Stamford Peace Youth Foundation in Stamford, CT.
﻿
0Share on Facebook
0

On May 26, Kennedy Swann arrived at Grayhawk Golf Club in Phoenix, Ariz., where she would take the first tee shot of the day for the 2021 NCAA Women’s Golf Championships. Eighteen holes later, Swann and her team at Ole Miss defeated Oklahoma State, making history and memories she never expected.

“Originally I didn't really want to go back for a fifth year. When I found out that everything was cancelled because of COVID I was like, ‘I'm done, like I'm not going turn pro. I have no interest in playing or coming back for a fifth year. I'm going to go out into the workforce and see what happens,’” said Swann. “Then my assistant coach and my dad kind of ganged up on me and started calling me a bunch and planted the seed. Eventually I came around to the idea and I'm so glad that I did. Obviously, we won a national championship, so that was a really cool way to go out and it really was the reason that I came back for my fifth year. I feel like I had a decent spring [season], but I wanted something more.”

After closing her collegiate career on a high note, this week she is in California ready to work toward the next chapter of her career. Swann has been practicing on each of the courses throughout this week prepping for the long and hot days to come. The Texas native has experience from her amateur career that she looks back on when competing at a high level, which has helped her get to where she is today.

“I'm from Texas originally, so I grew up playing in a decent amount of heat. I remember there was one U.S. Amateur qualifier that I played in Houston, and it was kind of same thing, got up to like 102 degrees, but the humidity was 99% so it felt like about 120,” said Swann.

This week Swann is drawing not only from experiences such as the Augusta National Women’s Amateur Championship or U.S. Women’s Amateur Championship (where she placed fifth), but also knowledge of those around her. Over the course of the last year, she has been vigilant in asking as many professionals as possible who have been in her shoes for advice.

“I played with Bianca Pagdanganan a couple times in college and then I played with her the first two rounds at the Marathon Classic and I made sure to ask her a bunch of questions. She started from Stage I and made it all the way through Q-Series to get LPGA Tour status which is really cool to see her be that successful, so I talked to her about it,” said Swann. “I also played the practice round with Maria Fassi and so it was really cool to hear from her too. I also have a couple of my old teammates from Clemson here and have gone through it a couple of times. I've played practice rounds with girls that have been here before as well, so I'm a pretty talkative person and tend to ask a lot of questions gain as much info.” 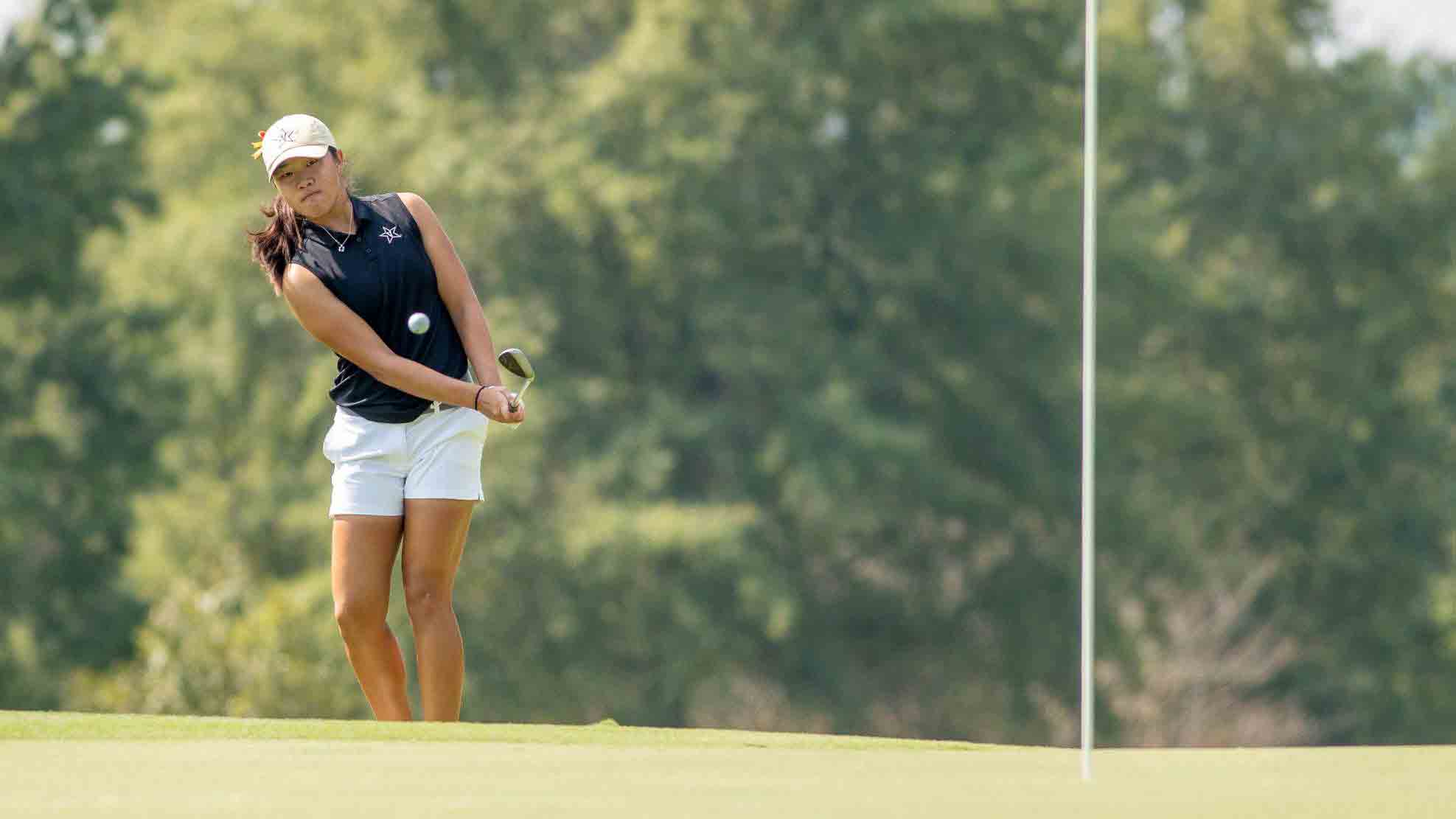 INSPIRED BY HER SISTER, KIM PREPARES FOR THE WEEK

From Nelly and Jess Korda, to Moriya and Ariya Jutanugarn, even Brooke and her caddie/sister Brittany, the support and passion between sisters playing the game they love together doesn’t seem to fail to inspire. This week, Epson Tour member August Kim’s younger sister, Auston, is in Rancho Mirage in hopes to join August on Tour by way of the LPGA Qualifying Tournament.

“My dad got August into golf and I'm younger than her, so I was five when I started, she was 10. I just tagged along because I had nothing else to do. I followed her footsteps but after a little bit, I really got into it and enjoyed it,” said Kim. “Watching how dedicated she has been (throughout her career) is really impactful. Especially as a younger sister, I am very proud to watch her do what she loves. She is the one who told me this week is a marathon, not a sprint, and to be as steady as possible.”

Auston is currently ranked No. 129 in the World Amateur Golf Rankings (WAGR) and recently finished her junior year at Vanderbilt University. Since competing in the U.S. Women’s Open last year, she has participated in the Augusta Women’s National Amateur and Curtis Cup. Looking ahead to a weekend full of golf, Auston felt more excited about 72 holes than one might think. She shared how not only playing the courses before, such as Dinah Shore for the Junior ANA Championship, but also the experience of two rounds in one day makes her happy.

“This was on my professional timeline since I started college. I was going to play Q-School the summer after my junior year. On the one hand, it's crazy how much time has gone by, but on the other hand I'm excited to get my professional career started,” said Kim. “I really enjoy playing 36 holes. I don't really know why, but I kind of like knowing that I'll be on the course all day I have nowhere else to be. I'm not anxious about anything I know there's a lot of golf to be played and I just really enjoy shot after shot.”

Above all, Auston was able to start the week surrounded by those closest to her and celebrate her 21st birthday.

“I kind of just started the week on a high note, surrounded by family before getting into a lot of holes of golf. It was good to see them and spend some quality time with them because I love being with family all the time.” 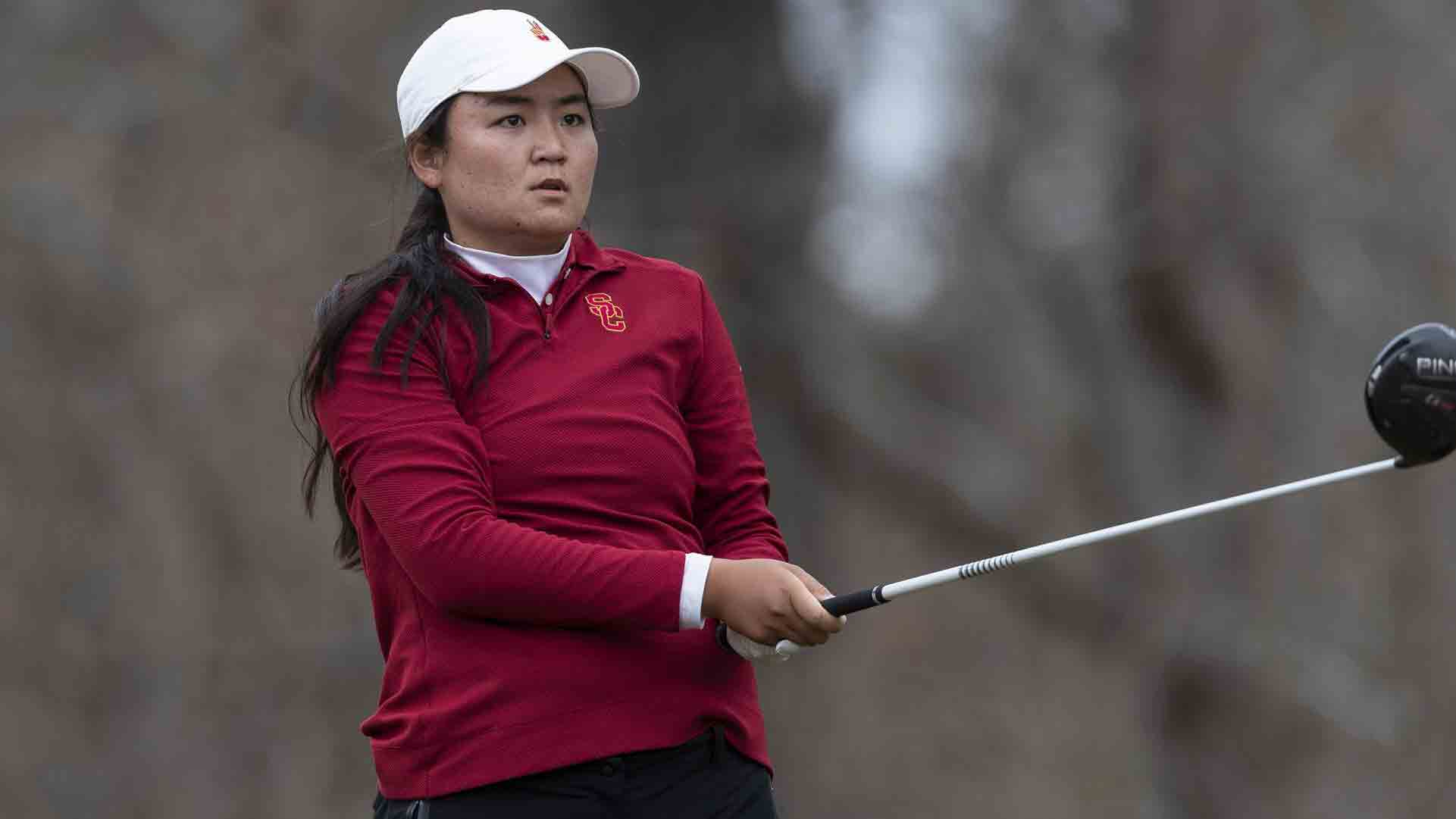 This week, 340 players will be teeing it up in California in hopes of earning status for the 2022 season and one day compete on the world’s biggest stage in women’s golf, the LPGA Tour. Many players are coming into the week following a few months off from competitive golf as they finished up their collegiate seasons in the spring.

“I can't lie and say that I'm not nervous because it's definitely a big event but I know that I've been working hard preparing and as long as you do the right things, hopefully I'll get through. Really, it's just a marathon not a sprint. It's definitely hot up here so just trying to practice but also make sure that I'm not overdoing it in the heat,” said Allisen Corpuz, a University of Southern California graduate. “My parents are out here and my dad's actually going to be caddying for me this week. My swing coach, I've been working with him for the past two years, is here and then also I'm still working with our sports psychologist from when I was at USC. I think just putting everything in perspective and trying to make things simple and keep it easy, keep my mind pretty clear.”

Corpuz is a decorated amateur who is currently ranked No. 9 in the WAGR. She claimed medalist honors twice in her career with the Trojans, placed 13th at the Augusta Women’s National Amateur, was a participant in the 2021 Arnold Palmer Cup and finished in the top five of the North & South Women’s Amateur Championship for three consecutive years. To date, she says she is most proud of her education that she received at USC.

“I would actually say my two degrees. I went back for my fifth year and got my Master’s. I heard from a lot of people once you leave college you don't go back and I think that I'm really glad to be done, but at the same time it's really nice to know that something no one can take away from me,” said Corpuz.

The Trojans will be represented worldwide starting tomorrow with Corpuz in California and Sophia Popov in Scotland defending her title at the AIG Women’s Open.

“I remember when she won last year at the British and just seeing the highlights of her making putts and hitting shot after shot under pressure. I also remember seeing her share her struggles with her health issues. I think that's obviously her story, but also there's just so many other LPGA players that show inspiration in their stories and I think it's awesome to see how successful she's been using that victory as a jumping point and playing really solid.”