ANA Inspiration at 50: Generations of Greatness

ANA Inspiration at 50: Generations of Greatness

History hangs heavy over the ANA Inspiration, caressing this LPGA Tour major like the warm wind off the California desert. The tireless promotion of Dinah Shore, visionary sponsorship of David Foster and familiar challenges of Mission Hills are all part of a 50-year legacy that make this golden anniversary in the Golden State truly special.

At a time when the Tour desperately needed it, the ANA inspired the way forward. The LPGA was coming off a 1971 season with only 20 tournaments and no purse higher than $60,000. Then Foster bankrolled the Dinah Shore Colgate Winner’s Circle with $110,000 in prize money. That was a game-changer, anchoring a resurgence that grew to 29 events in 1972.

Foster, the CEO of Colgate-Palmolive, wrote the checks, Shore, a multitalented entertainer, brought along her Hollywood pals like Frank Sinatra, Bing Crosby, Bob Hope and James Garner to play the pro-am and Mission Hills Country Club quickly established itself as a fixture on the LPGA Tour, a springtime celebration of the new season.

Now, All Nippon Airways is the guardian of that proud tradition and each year since 1983 – except for pandemic-disrupted 2020 – the ANA Inspiration has kicked off the major championships season for all of golf – women’s and men’s. 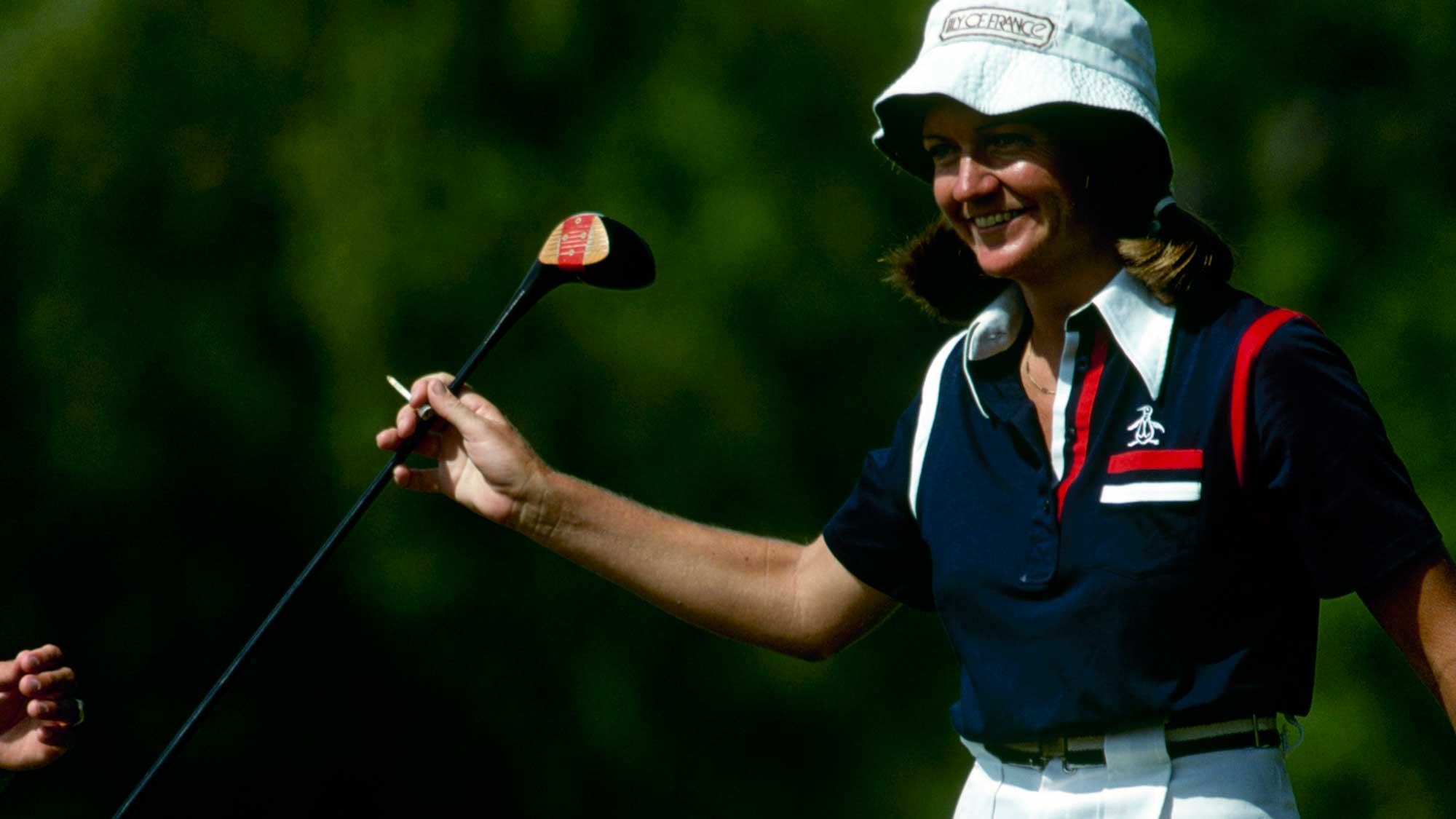 “It was unlike any other tournament in women's golf with the media attention, the size of the crowds, the atmosphere and my winning check was greater than the total purse of many LPGA tournaments,” remembers Jane Blalock, who won the first ANA in 1972.

The $20,500 Blalock pocketed was greater than the total purse in a half-dozen other tournaments that year. And with the first six-figure purse in Tour history, the ANA set the bar for other events – as did the promotion around the tournament.

“Several of us were featured in Colgate television commercials on network, so the hype alone sent shockwaves through the sports world,” Blalock says. “I actually felt like a celebrity following that victory with the cover on Golf World, appearances on talk shows and the general worldwide attention never experienced before in women's golf.”

“The tradition remains,” Blalock says. “The presence of the walk of fame and Dinah's statue have created an aura which sends chills to all of us who have been lucky enough to have experienced it. The Past Champions dinner has enhanced the glory and perpetuated the prestige of winning the tournament.”

The ANA got a special validation in 1973 when the legendary Mickey Wright took home the title in the second playing of the event. No one knew it at the time, but it was the last of Wright’s 82 LPGA victories.

Veteran caddie John Killeen has worked all but two ANA Inspirations since 1984 – missing twice because he was working on the PGA Tour. Four times he has carried players to LPGA major wins, but not at the ANA. This year, he hopes to share that leap into Poppie’s Pond with Lizette Salas.

“The venue is part of what makes the event special – playing the same course every year,” says Killeen. “Dinah was such a gracious lady and wonderful host. She always called me sweetie and she’d hand me an envelope with $100 in it. She was fighting for women’s equality a long time ago."

The list of multiple champions is an honor roll of women’s golf. Amy Alcott, who introduced the leap into Poppie’s Pond in 1988, Betsy King and Annika Sorenstam are three-time winners. Juli Inkster, Dottie Pepper, Karrie Webb and Brittany Lincicome won twice. Sandra Post won in 1978 and ’79, before the ANA became a major in 1983, as she and Sorenstam in 2001-02 are the only winners in consecutive years.

“The Dinah was always special because it brought Hollywood, music and sports worlds together with women’s golf,” says Pepper, the ANA champion in 1992 and ’99. “It was also the first target for the major season each year and until Evian came along, the only championship, like the Masters, that returned to the same place each year.”

When Dinah Shore joined Amy Alcott in her second Poppie’s Pond leap in 1991, Dinah’s celebrity status gave the dip international exposure, the photograph leading sports pages and the video highlighting TV news. The ANA was on the radar of all golf fans and many celebrity watchers.

The history of the ANA is a glimpse into the growth of the LPGA into golf’s global tour. All but four of the first 28 winners were Americans, with Post of Canada (twice), Sally Little of South Africa and Helen Alfredsson of Sweden breaking through. But since 2000, 16 of the 21 champions were born outside the United States, including Mirim Lee of South Korea last year.

“The wonderfully rich history built over the 49 previous editions makes the ANA special,” says Alyssa Randolph, the tournament manager. “We have the best fans and we are so disappointed not to be welcoming them on site this year to celebrate this special anniversary with us. We cannot wait to have them back on site next year and thank them so much for their unwavering support.”

Pandemic restrictions will alter the 50th anniversary celebrations, but not eliminate them.

“Remembering Dinah Shore is a key part of all our celebrations as without her, we wouldn’t be celebrating this 50th anniversary,” says Randolph. “Because of COVID-19 restrictions we aren’t able to welcome our past champions on site this year. This year we are having to celebrate them virtually.”

One of the traditions at the ANA is the past champions dinner. That won’t happen this year but each past champion will receive a piece of jewelry marking the golden anniversary and will be featured in promotion of the championship on various platforms.