Anna Nordqvist has been on the LPGA since 2009, she has eight career wins including two major championships and has made six Solheim Cup appearances for Team Europe.
Topic: anna-nordqvist Drive On

You might recognize the title of this piece from the LPGA’s Drive On film, “This is for Every Girl.” I was one of five players in that film, shot at the 2019 HSBC Women’s World Championship in Singapore. Each of the players read the full script, and the editors assembled the narration by choosing the lines we delivered best. That was my line, my voice.

"What the editors didn’t know was how much that line means to me. Here’s why."

Things in life have never come easy for me. I wasn’t the smartest girl in class or the most talented athlete. It’s funny to say that now as a two-time major champion, but that’s because I worked at it. Whatever I felt I lacked in talent, I made up for in hard work. When I put in the time, the success came, both in school and in sports. There’s never been any other way than to work extremely hard and put my full heart into overcoming challenges.

And there have been plenty of challenges.

I didn’t start playing golf until I was 13 years old. That, in and of itself, is a hurdle when it comes to competing on the LPGA Tour. By that age, Michelle Wie and Lexi Thompson were already competing in majors. I was still learning the game.

My grandfather would take my two brothers and me to the golf course to practice. We would spend time with him rather than going to daycare when our parents were at work. Those were some of my favorite memories, spending time with Grandpa. He was always my biggest role model. He was also the most stubborn person I’ve ever met. I probably inherited that trait from him. He was my biggest cheerleader, always sending me little messages of encouragement, telling me to keep fighting. To never give up. 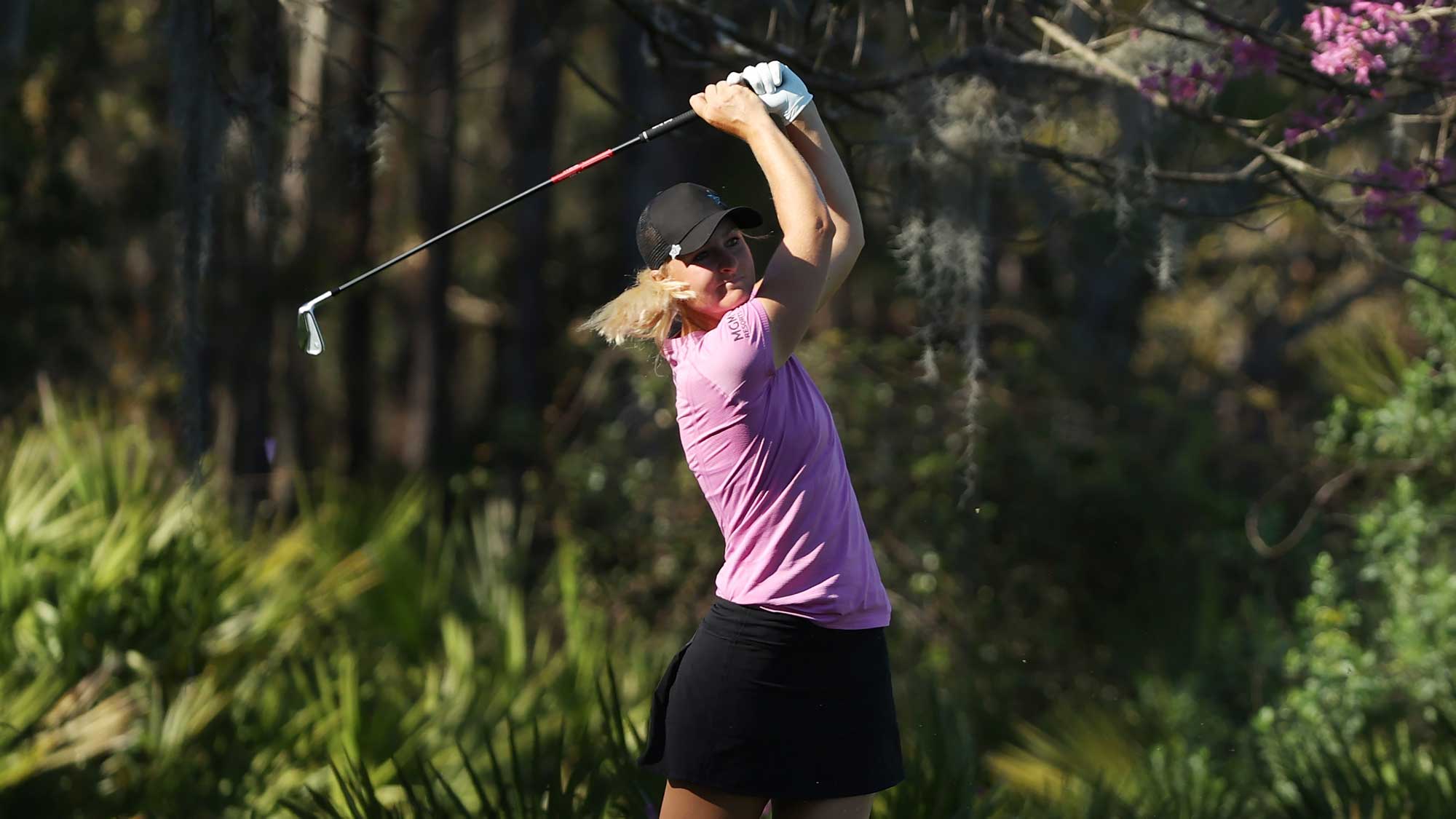 Those were the words I’d think about when it took me four years of practicing to qualify for the Swedish National Team. Day and night, winter and summer, in the rain and the snow. There were no conditions that scared me away. I was the one on the range when other golfers started their round and I was still practicing long after they finished. I had to outwork everyone else to prove not just to myself but to those around me that I had the talent to compete with the best in Sweden. “Keep fighting,” Grandpa would tell me. Those were the words that kept me going when I left my family to move to the United States to play golf at Arizona State University.

I had a lot of growing up to do and I learned a lot about myself. I left Arizona in the middle of my junior year, ready to pursue life as a professional golfer. My coach didn’t think it was the right decision, but I knew I had to follow my heart. I had to learn that it was okay to say “no,” to have my own opinion and make my own my decisions. Other people may have told me to do things a certain way but sometimes it didn’t feel right to me. I feel like I’m a strong person. I know what I want, and I think I’ve learned how to be that person.

Following my heart was the right decision. In 2008 at the LPGA Qualifying Tournament, I earned my way onto the Tour. In just my fifth start I won for the first time – a major – at the KPMG Women’s PGA Championship. I won again later that year at the season-ending CME Group Tour Championship. It was an incredible start to my professional career, beyond even my wildest dreams. But I soon found that I was going to need Grandpa’s advice to never give up, now more than ever.

As a rookie, I wasn’t quite prepared for Tour life. It was very overwhelming. It took me a couple years to settle down. I felt like I needed to get more consistent, so I kept working on my game. I was stubborn like Grandpa, but I was also very shy. I was still learning to find my own way. Too often I didn’t trust myself and instead listened to the advice of others who thought they knew what was best for me. I needed to learn how to do it my way, to do what was best for me. It took time for me to learn how to stand on my own two feet, stand up for myself and chase my dream, my way. 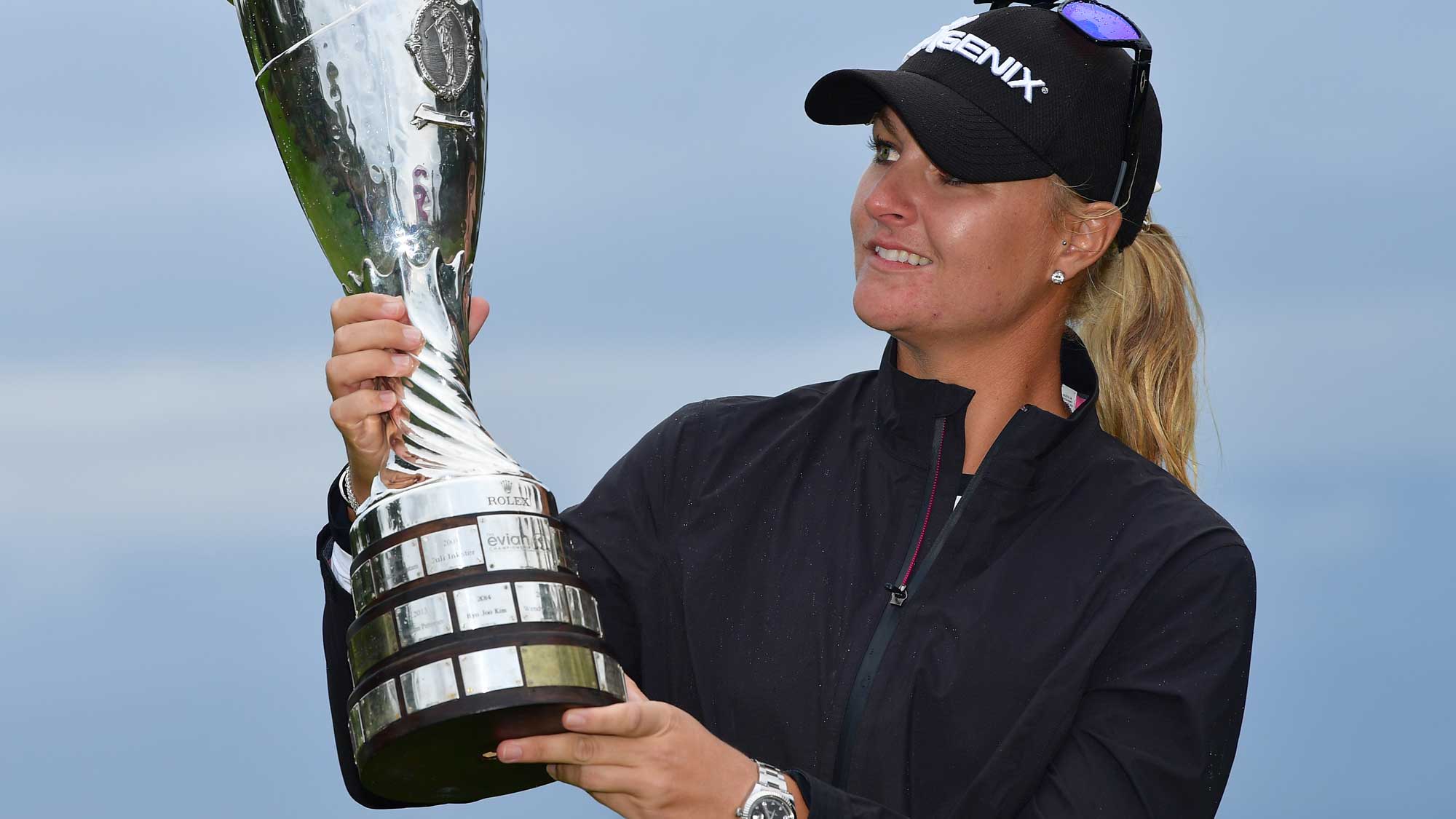 There were times I thought about quitting. I lost my motivation and inspiration for the game. My younger brother, Mattias, came out to caddy for me one summer. It changed my life. With him on my bag, I rediscovered the love I had for the game we had played together as children. That summer, I started to fight again. I felt inspired again. When times have been tough, my family has always brought me back. It takes a lot to be at the top of the women’s game. I’m forever grateful to them for helping me rediscover my passion for golf. I realized that sometimes you have to fall out of love with the game to fall back in love with it. And Mattias played a huge part in helping me do that.

2017 would prove to be my hardest year yet. That summer, I was diagnosed with mononucleosis. I was exhausted and had no idea why. For months, I had been struggling with the illness that is known for creating debilitating fatigue. Here I was, traveling the world, trying to compete at the highest level, but I was sick. I didn’t have the energy that I used to. To make matters worse, I hadn’t competed in the number of events I needed in order to qualify for the European Solheim Cup Team. I’d been a member of the team since I joined the Tour in 2009, and now I’d have to rely on my fellow countrywoman, Annika Sorenstam, to pick me for her team. I did everything I could to prove I was a worthy choice, despite still battling mono. I finished in the top 10 at the AIG Women’s Open to earn one of Sorenstam’s four captain’s picks. I was relieved, but still felt I had something to prove to be part of the team.

I missed the cut in my next event. And in September, I wasn’t even sure I’d be able to compete at the Amundi Evian Championship. I had zero energy and the weather turned horrible. But each day, I felt my Grandpa was with me. He died of cancer in 2014 and no longer sent me little messages and notes of encouragement. Instead, I had to rely on the words he taught me that I held close to my heart. Never give up.

During Evian, the biggest battle wasn’t against the field or even against Brittany Altomare in the playoff. The biggest battle was against myself. I was very grateful to be there. The biggest challenge was to keep up my energy and keep myself in place. Looking back on that final day, knowing I won without feeling 100 percent and still being able to push through like my grandfather taught me, is one of the proudest moments of my career.

As brutal as it was that Sunday afternoon at Evian – with the rain, the sleet and wind – I felt an eerie sense of calm. It was so bone-chilling cold that I couldn’t feel my hands. But I felt the warmth and support of my family.

I usually associate my Grandpa with water. When I hear water. When I see water. In fact, his ashes were spread in water. So maybe it wasn’t a coincidence that it was pouring down rain that Sunday. It’s just one of those things you can’t describe. But it just means so much to me. 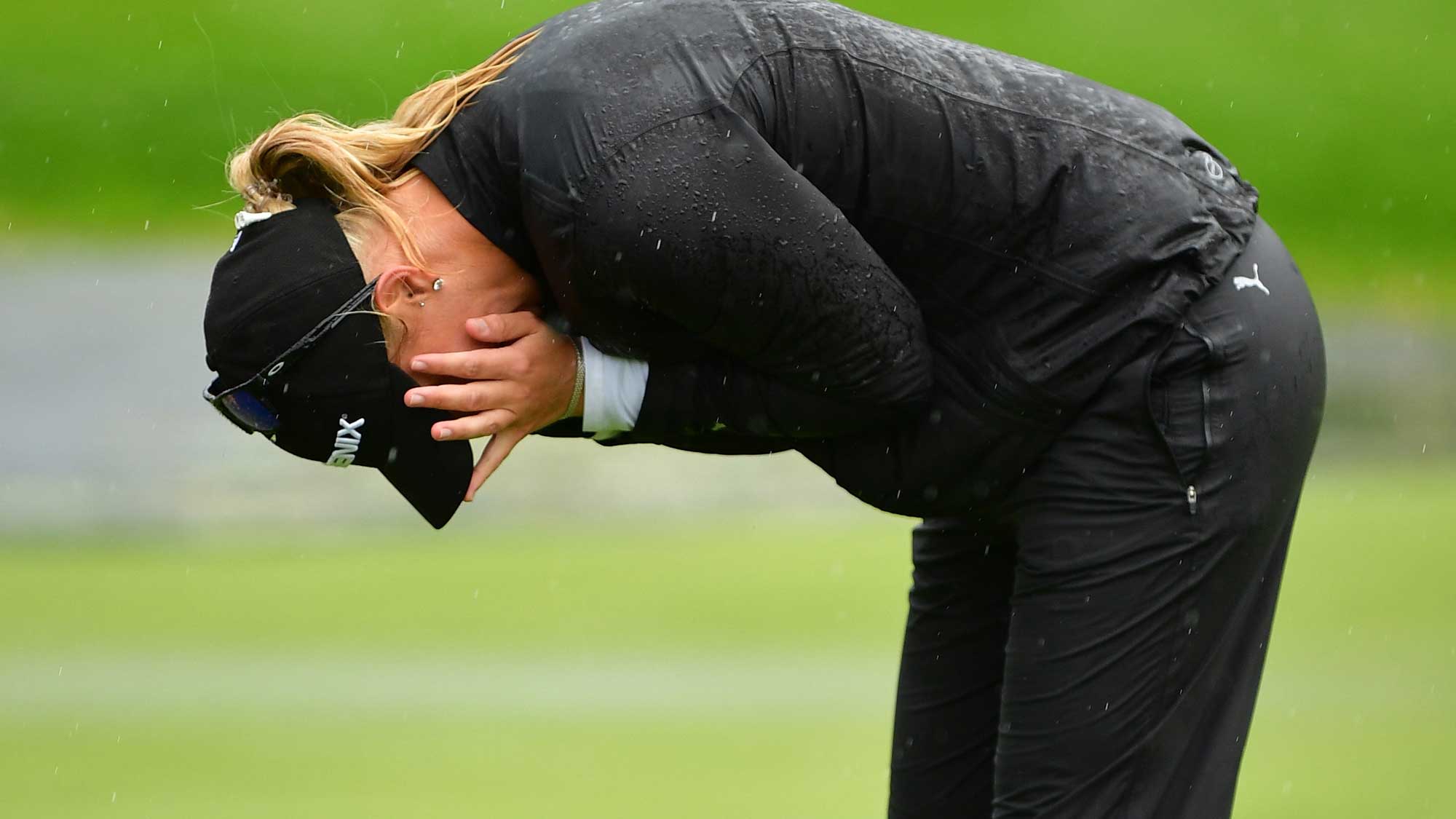 "Not a day goes by when I don’t think of my Grandpa and miss his guidance and support. I try to honor him and all he taught me by my work ethic. Through my fight. Through my will. And by never, ever giving up."
Comments